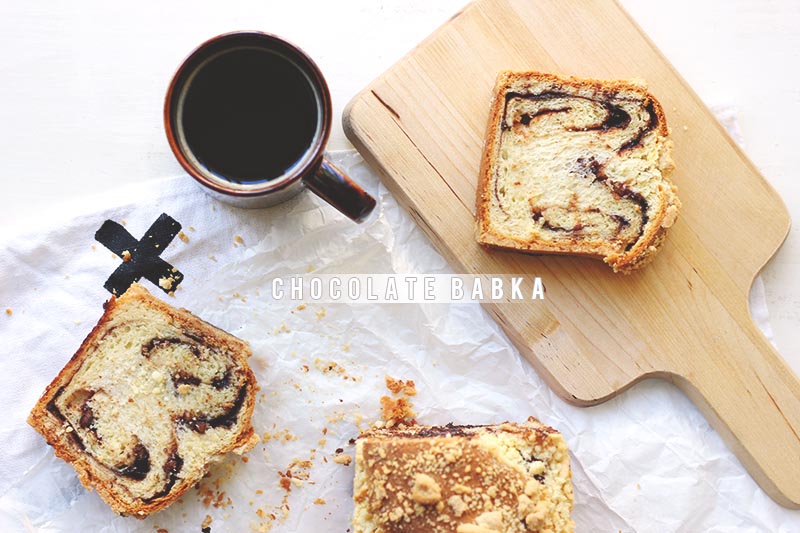 Ooooooooh Chocolate Babka. The coveted Babka, if Elaine Benes is to be believed. And as much as I believe the Cinnamon Babka to be worthy of recognition – the chocolate babka is pretty damned hard to beat.

This recipe makes one bulging, streusel-strewn loaf of delicious Eastern-European bread, and is actually pretty straight forward – it just takes a little hanging-around time, as most bread recipes do. 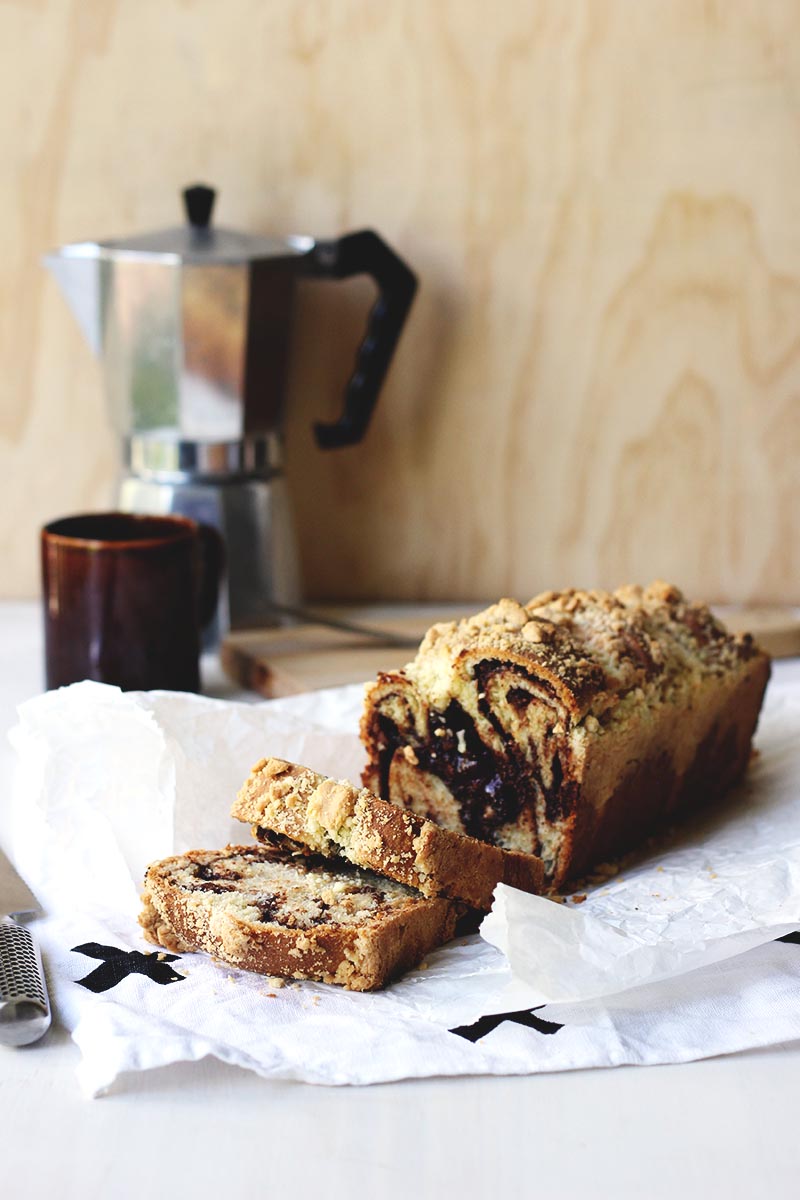 The Babka, though I know it from New York City more than anywhere else, thanks to Seinfeld, is a bread made across Eastern-Europe, and as best I can tell has roots in Poland, Ukraine, Belarus, Macedonia and Albania.

I’ve always found that recipes with this kind of impossible-to-pin-down history, are the most delicious. Why else would they be so widely adapted and adopted? And when the recipe is for Chocolate Babka, it’s no surprise. 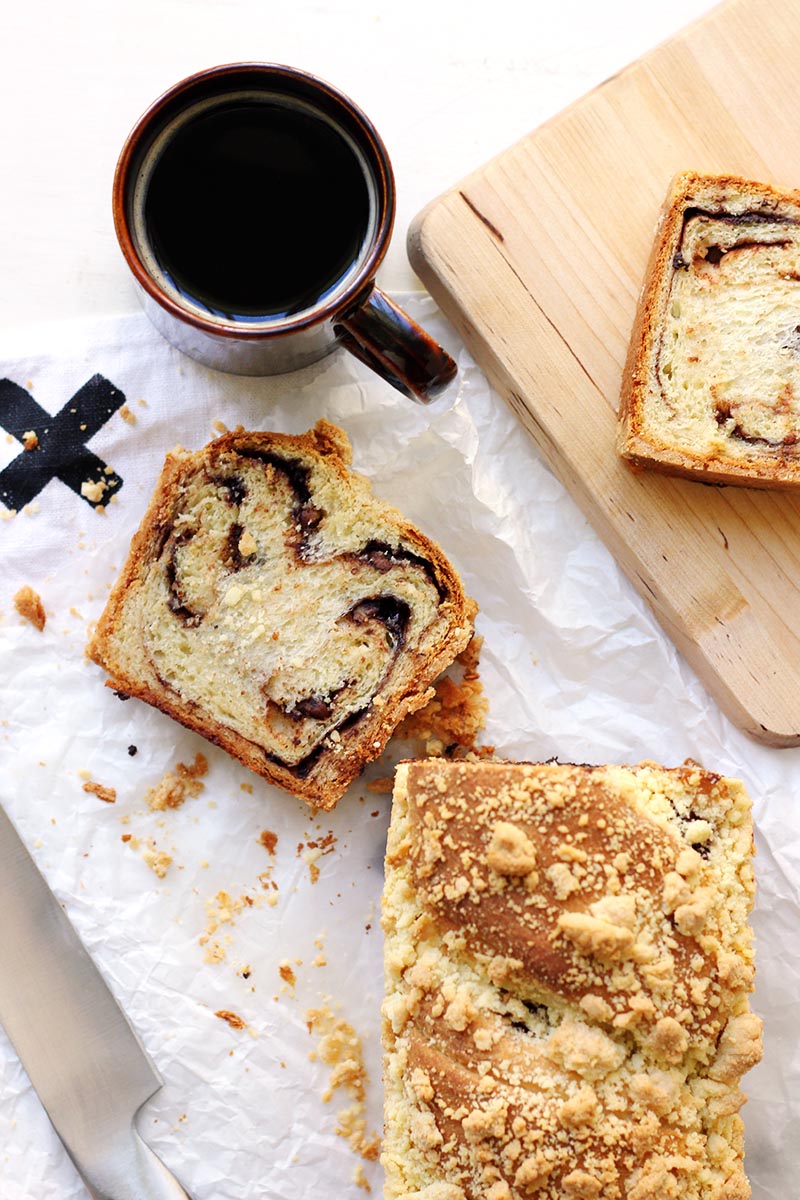 I mean, if I had never seen nor heard of this kind of thing before, and then some lovely baker passed me a slice of buttery bread, swirled with chocolate, and smothered in sweet streusel, YOU KNOW I’d be asking for the recipe.

The other cool thing is that there are so many different recipes out there. This is just my version, and I’ve tried to keep it as simple as I could. It’s definitely rich, with plenty of butter and chocolate, but this only makes one loaf, instead of the 2-4 that most other recipes seem to produce. Restraint isn’t exactly my middle name, but I had to draw the line somewhere! 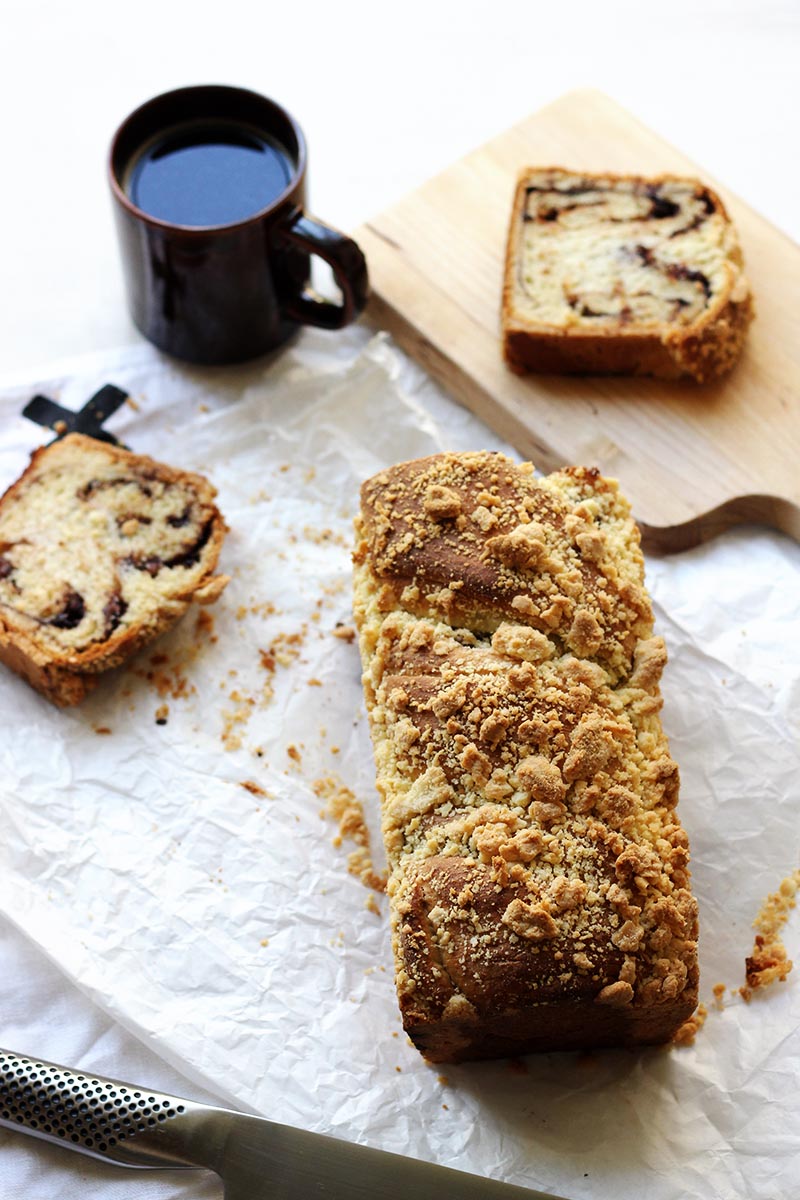 So, sometime this week, you need to tell everybody you have a dentist appointment – nothing serious, but it’ll take a while. Then, turn off all your devices, and bake this babka. Hang around the house, play a tape, or a CD or even a record, if you’ve got one. Wear your pyjamas all day.

Brew that weird tea that your Aunt gave you at Christmas and see what it takes like. Let the dough rise. Read some poetry, or a Roald Dahl book, or a magazine that you love – who cares? The point is, you need some time to bake, be by yourself, and do weird, different things. Some serious kitchen therapy, coupled with home-body hanging out. Do it for me. Have fun!

PS – The weird tea I have is called ‘Really Russian Caravan’, the record I’m listening to is Dark Horse by George Harrison, and I’m reading The Hound of the Baskervilles. What about you? 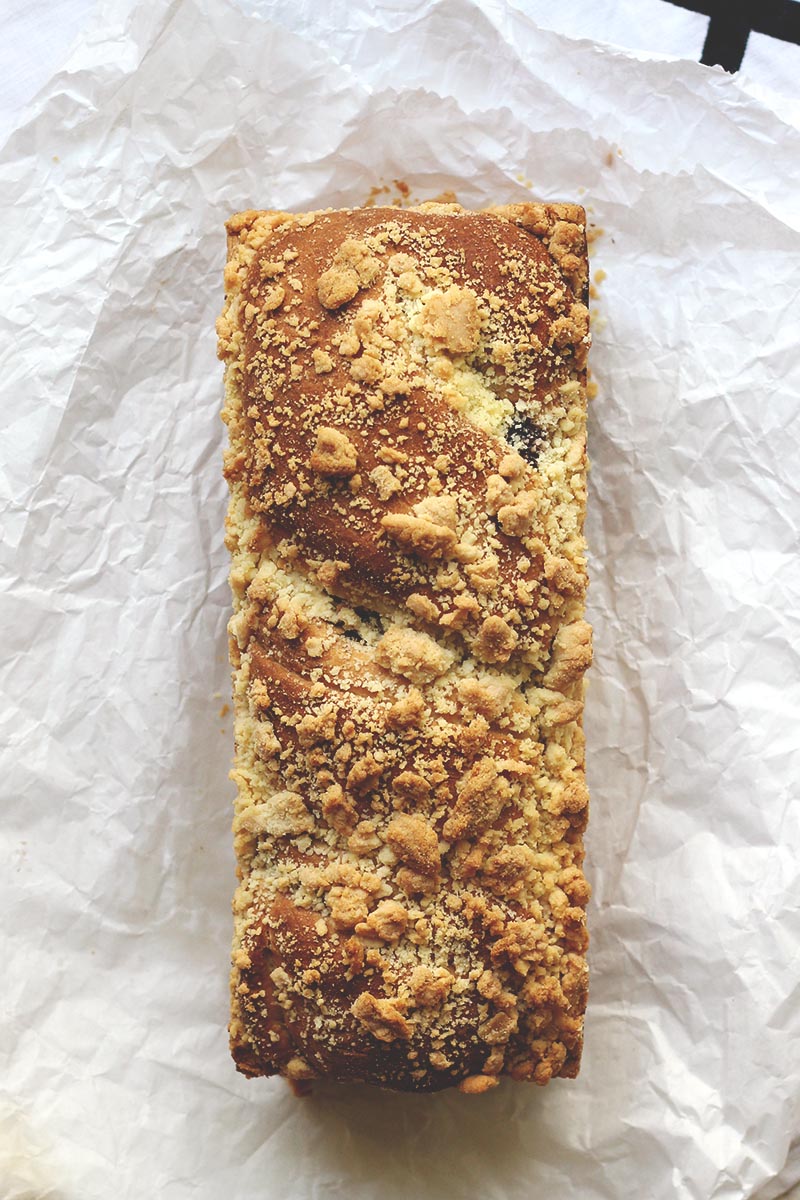