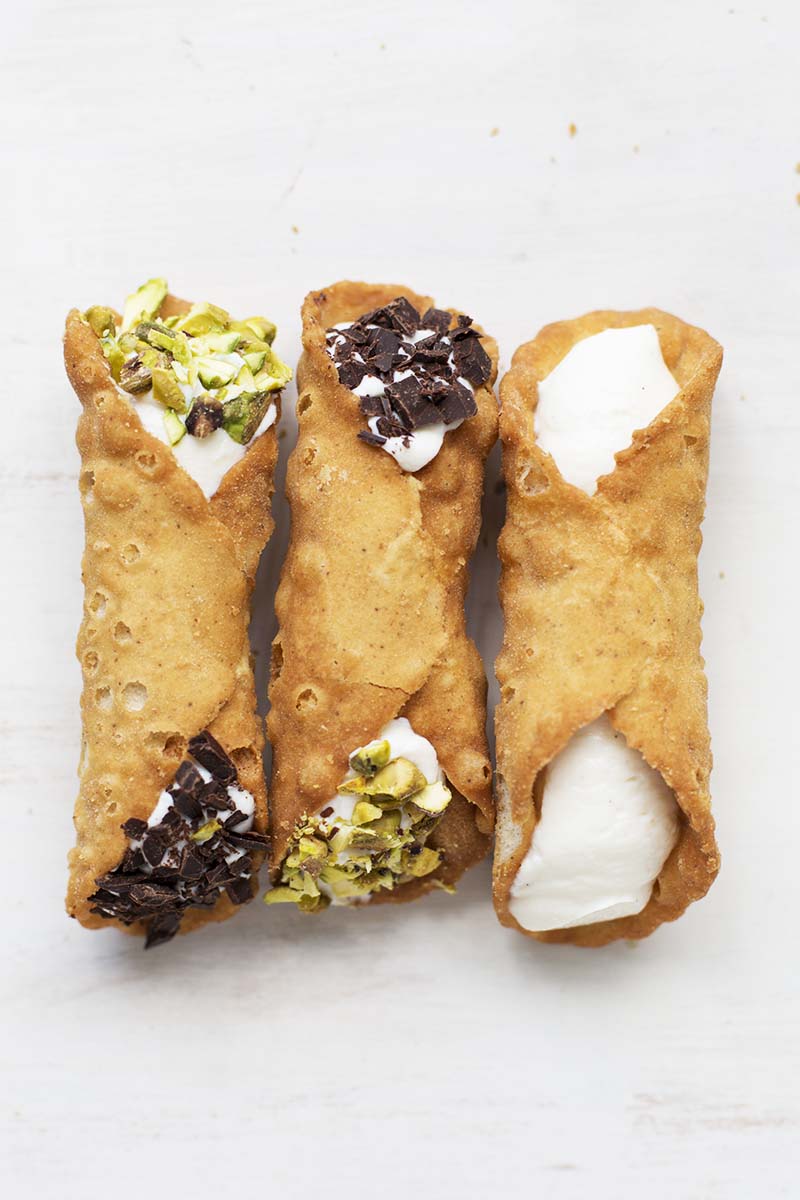 There is no bad kind of cannoli. Even the worst possible iteration – the soggy cannoli – is still pretty damn delicious. Because the heart and soul of the cannoli is the filling. There’s your classic ricotta cream, the less traditional mascarpone, and then the even less traditional thick custard filling (strangely common in Australia – I’ve seen both vanilla and chocolate). For me, there is no contest, it’s all about that ricotta cream.

Something utterly magical happens to ricotta when you monkey with it just a little. The transformative process takes 2 minutes. All you have to do is throw your ricotta (this is a rare instance where the tubbed stuff works fine) into a food processor with a little sugar and whatever flavourings you like, and blitz. All of a sudden, the curd-y, savoury cheese, becomes an unbelievably smooth cream – rich, nuanced, sweet, milky and fresh – which can be summed up in one word: lush. It’s so lush! 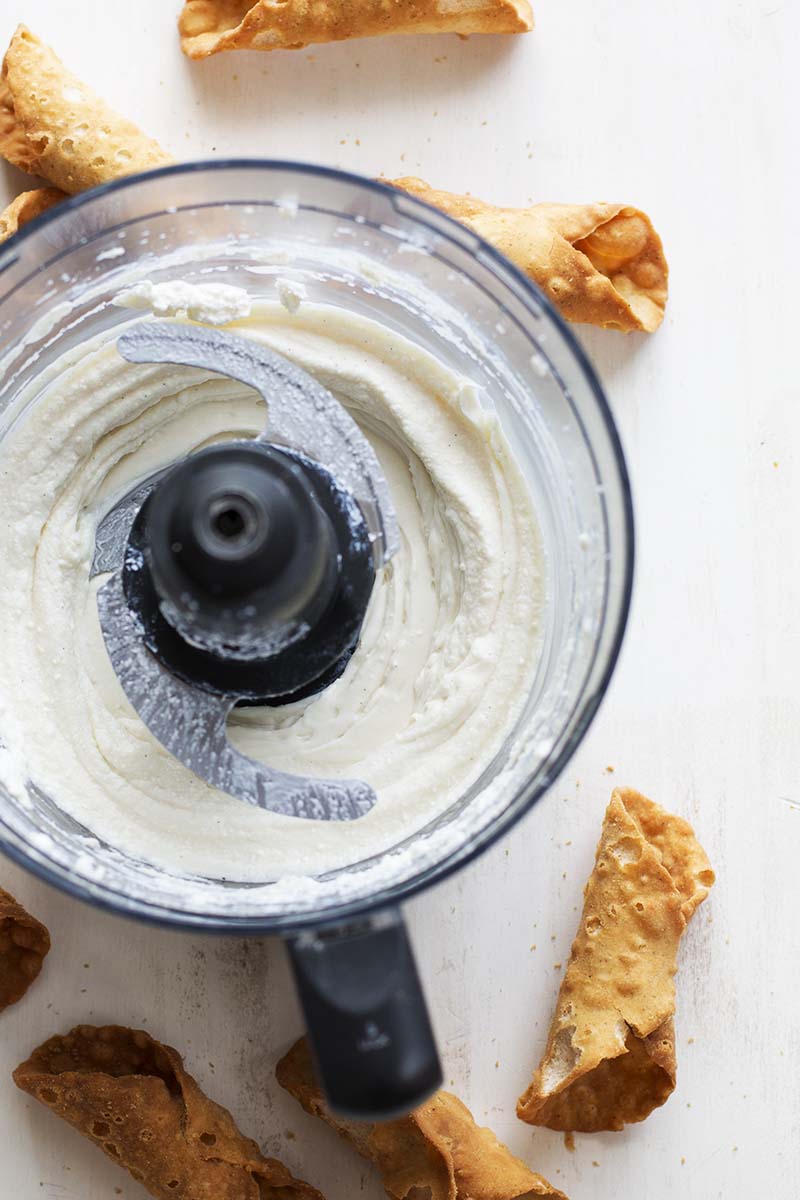 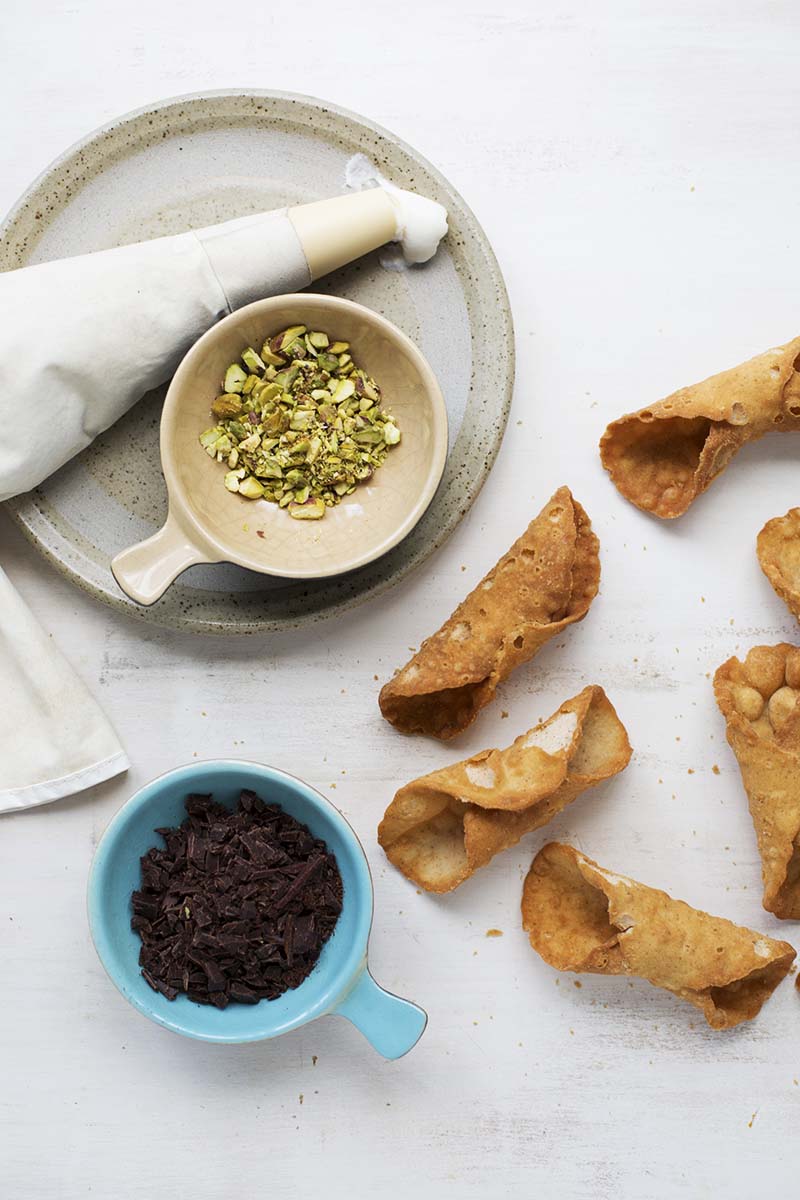 The fact that the filling is what the cannoli is all about, and that what makes, in my opinion, the very best filling of all takes only 2 minutes to prepare, does render the cannoli shell something of a problem. You see, the cannoli shell is a bit of a beast. It takes kneading, resting, rolling, shaping, frying. You need special metal or wooden cannoli moulds. And if you want to proceed at any kind of pace, you will need a lot of moulds.

All this? For the crunchy shell, which serves as a mere vehicle to that filling? Honestly, I’m not one to shy away from a kitchen project. Spending an afternoon frying cannoli shells doesn’t actually sound like a terrible time to me. But the thing is, without all that action, these desserts go from a half-day project, to a five minute wonder. And ricotta cannoli in five minutes? It’s just too good to resist. So, I buy the shells. 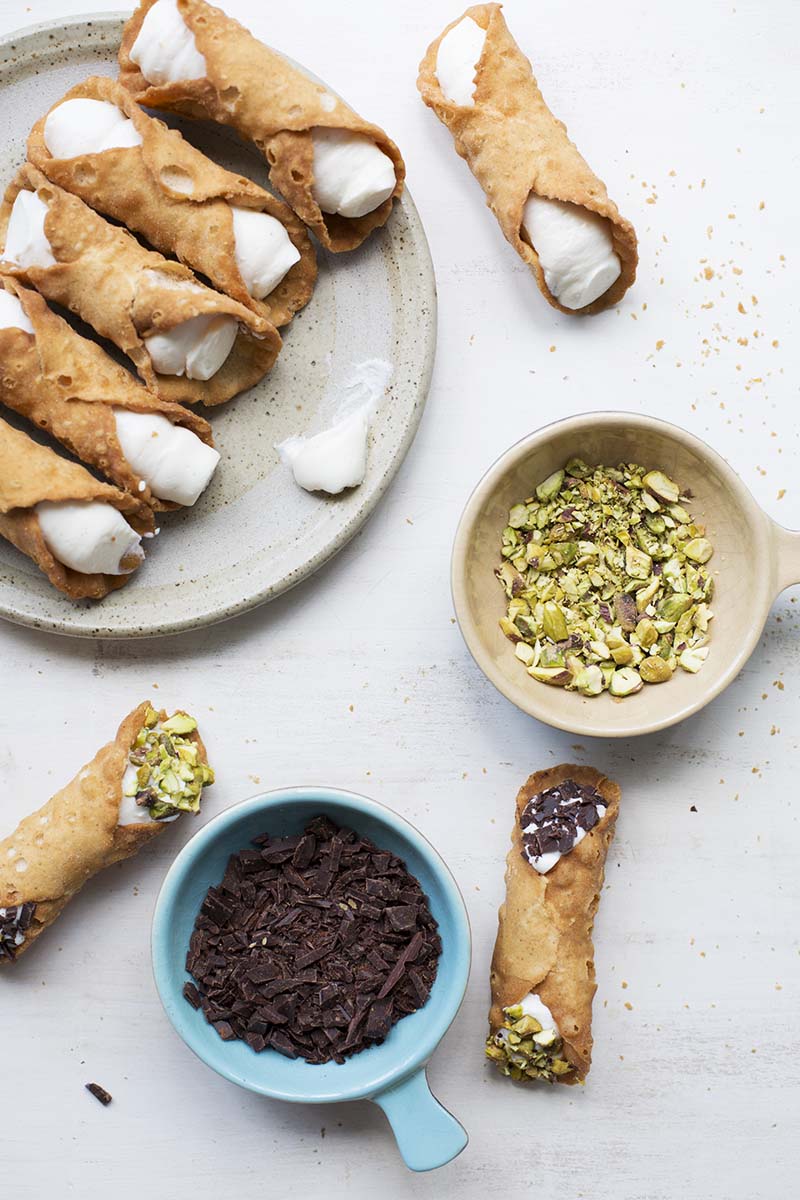 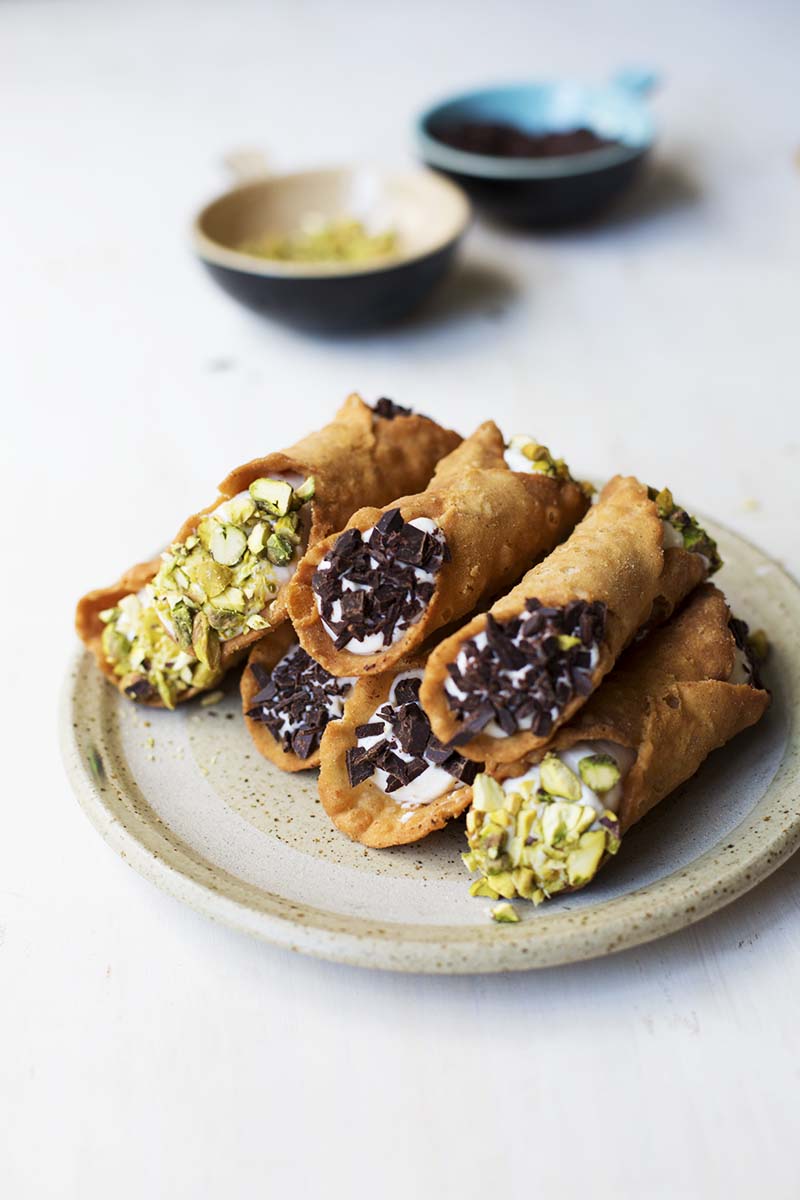 Yep I said it! Store bought shells! Get yourself down to the nearest excellent Italian grocer, shy away from any Sicilian nonnas who will surely shake their heads in disgust at your purchase, and grab a box of pre-made shells. I was skeptical at first, but damn it all if those premade shells aren’t just as good as anything I’ve had in a bakery! And I got to eat them still super-crisp and freshly piped. And the whole thing took me no time flat!

These are almost too good to be true, except that they are true. My Wednesday gift to you!