This Magic Strawberry Rhubarb Pie is crisp, bubbling, sweet, tart, and mysterious. Strawberries and rhubarb combine; one bubblegum-sweet and the other tooth-achingly sharp, along with a pinch and a splosh and a dusting of a few other secret ingredients, to make something so much more than the sum of its parts. Delicious, easy therapy in the kitchen. 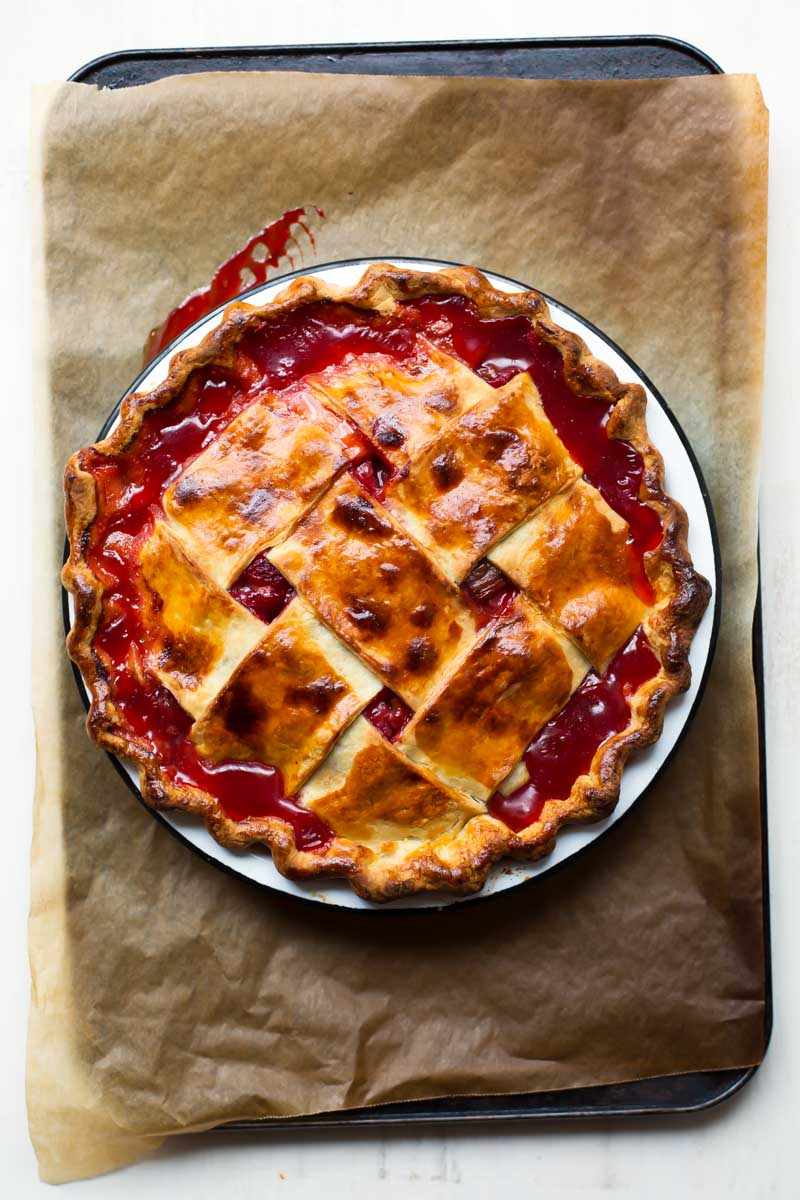 The world can be a shitty place, no? We all see the news. Shitty things on shitty things. I’m not, nor have I ever been the kind of person who thinks that cooking or baking actually do anything to solve the problems of the world (I’m not sure anyone thinks that). In fact, I see the whole idea of baking something to lift other people’s spirits as an essentially selfish conceit – how ridiculous to expect that anyone should be cheered because you made them a muffin. But I bake anyway. And I do find it therapeutic.

The thing is, the world keeps turning. Time passes and how you pass that time is entirely up to you. Whenever I’m lucky enough to stumble into some hours where we can choose my occupation, then I personally get a lot of joy out of mindless tinkering in the kitchen. Squidging together a pie dough, rolling it out, tossing berries with a pinch of this and a scrape of that, weaving together a fat lattice to go on top, and then crimping the edge of the pie – every one of these tasks seems to absorb my mind completely. It’s as close to a meditative state as I get.

But that’s not why I call it a magic pie. It’s magic because of the incredible flavour that this filling produces. I totally winged it on the filling the first time and it was so insanely good that I had to replicate it, and shockingly, it was just as delicious again. The mix of strawberries and rhubarb needs no further explanation: they are made for each other. On top of the two lovers, I added white sugar, so as to let their flavour shine through, then a squeeze of lemon and a scrape of zest. After that I hit the store cupboard for a little cinnamon, some lemony cardamom, mucho vanilla bean paste, a pinch of salt, a splosh of my favourite ingredient ever – maple syrup, and juuuuuust enough corn flour to hold everything together.

Let me ask you what my granddad Ernie always used to ask me – are you winning? What’s going great for you right now, in the kitchen or out of it? 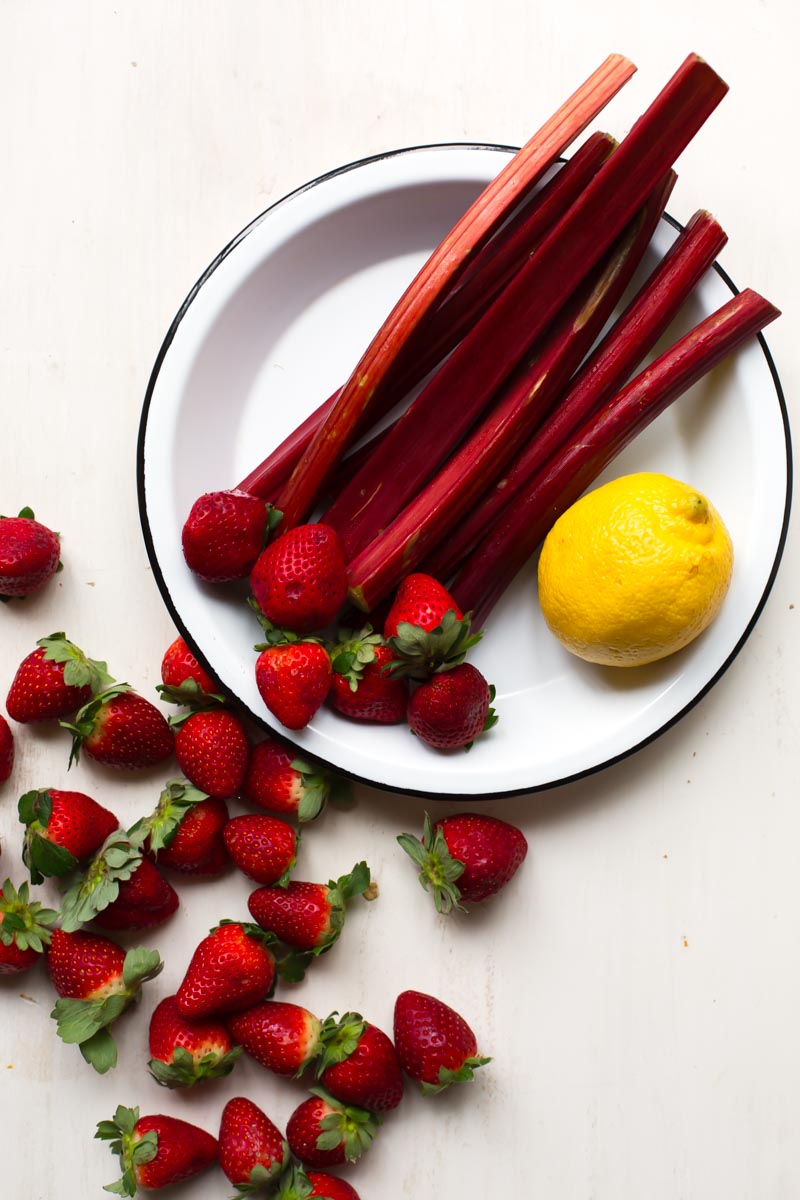 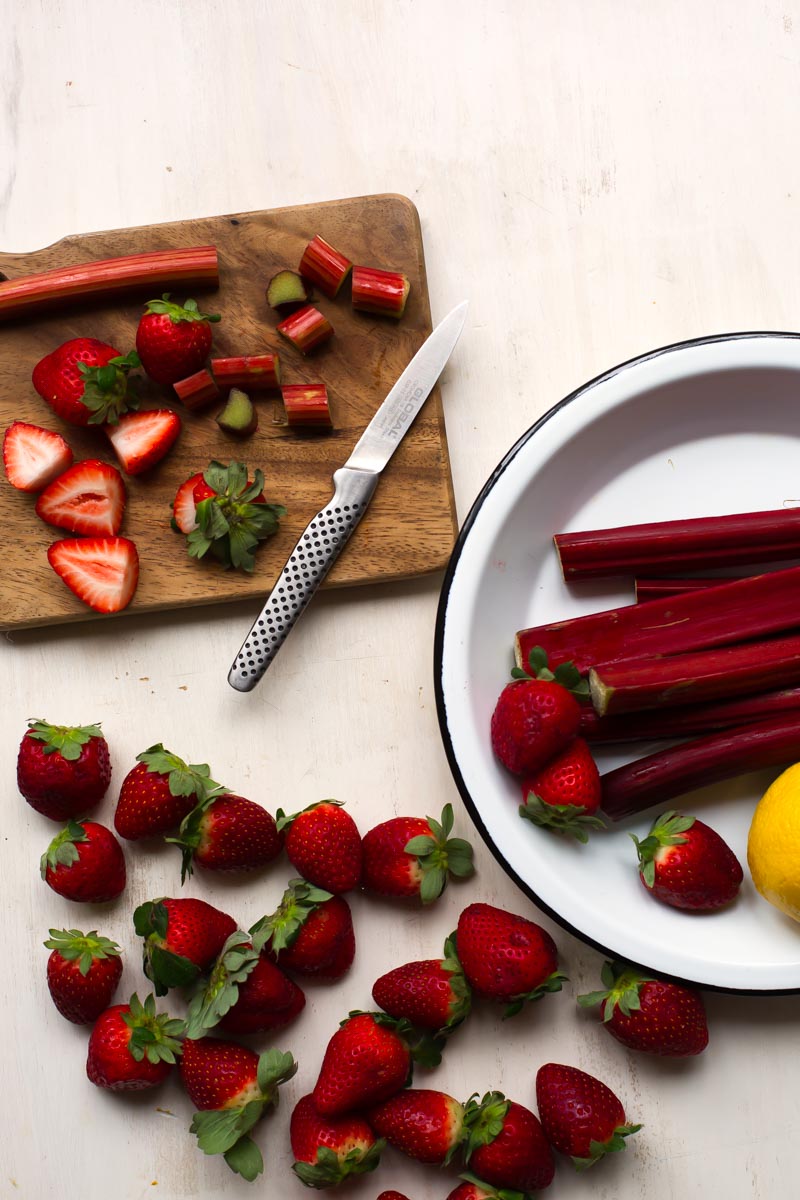 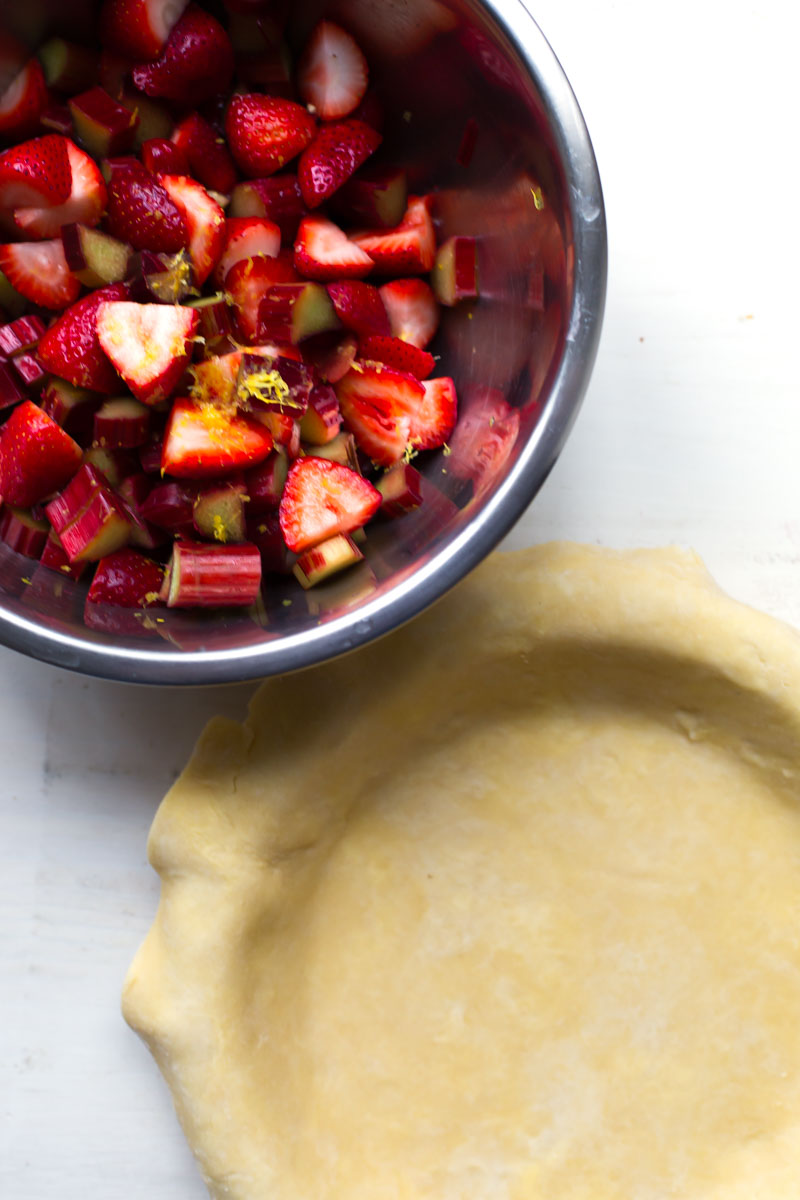 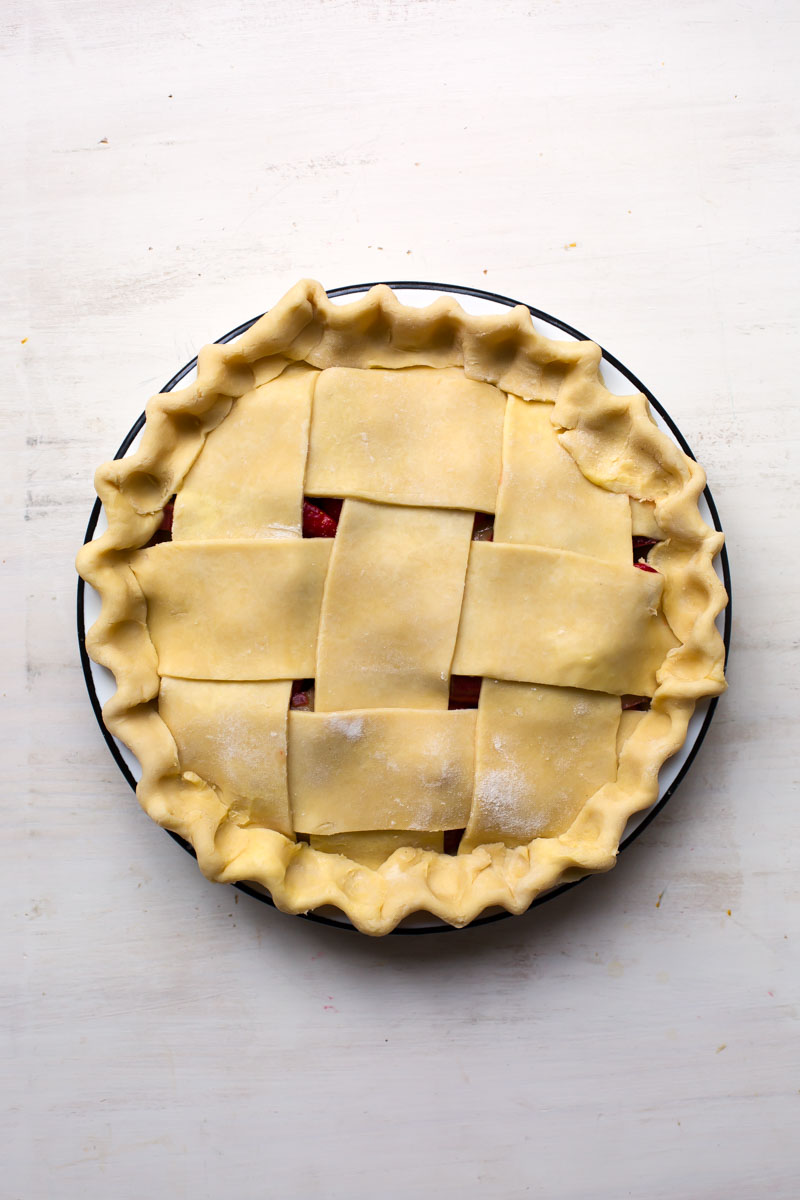 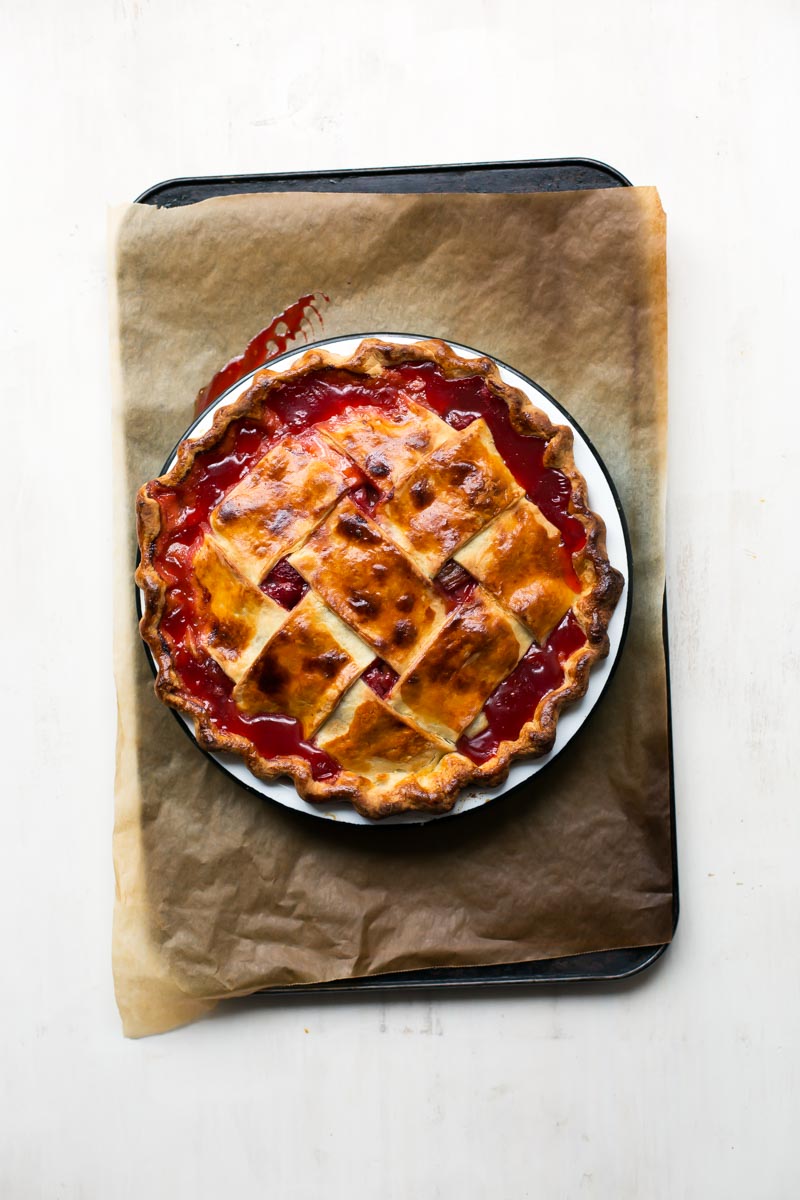 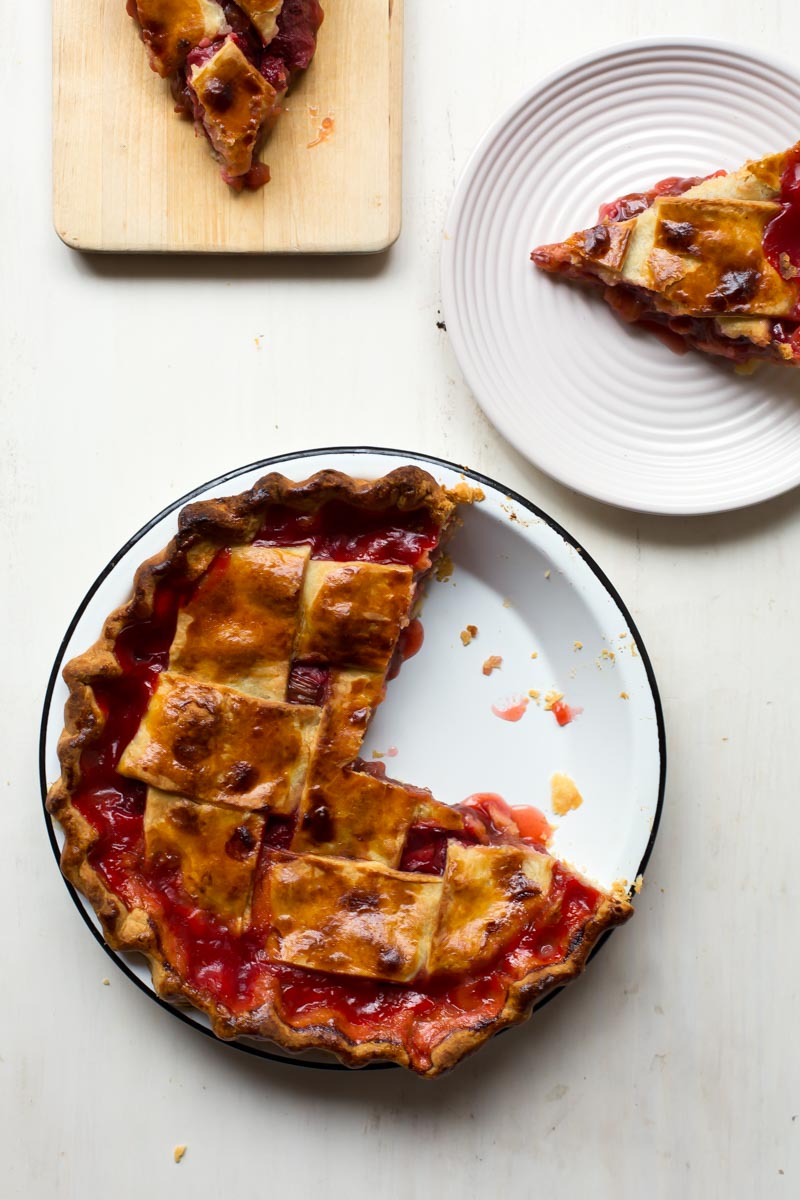 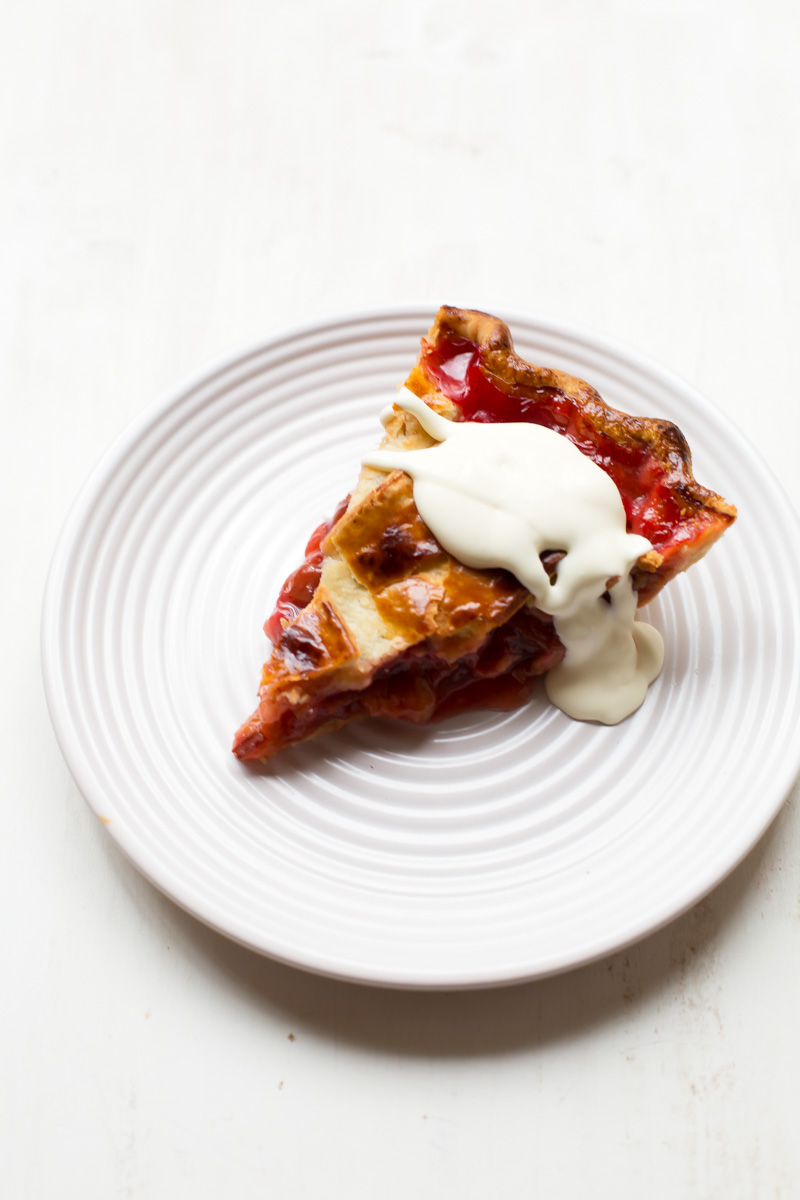