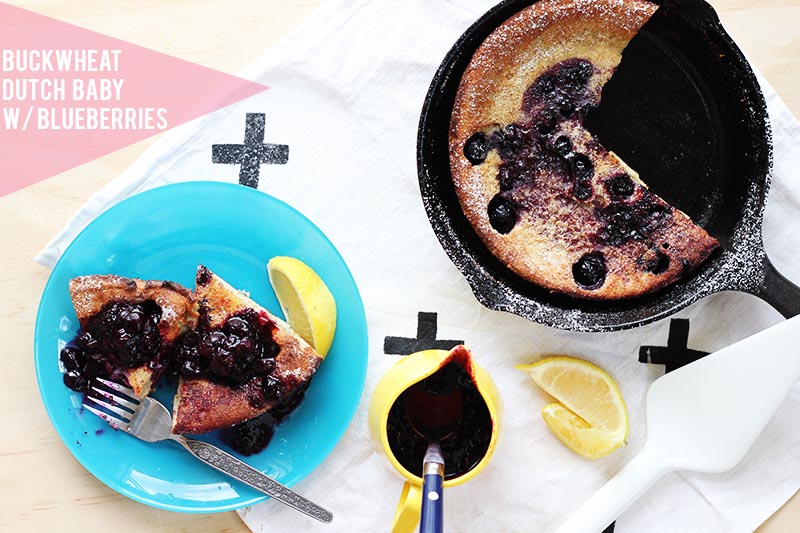 Buckwheat! It’s actually a grass (I think), it’s got a funky, slightly bitter taste, and darn it if it ain’t just great for your body. It’s one of those thangs that’s full of words I like to say, but never cared to learn about, such as flavonoids and phytonutrients.

I love to throw those guys around first thing in the morning. Nothing like waking up to the smell of hot phytonutrients! MMMMM! 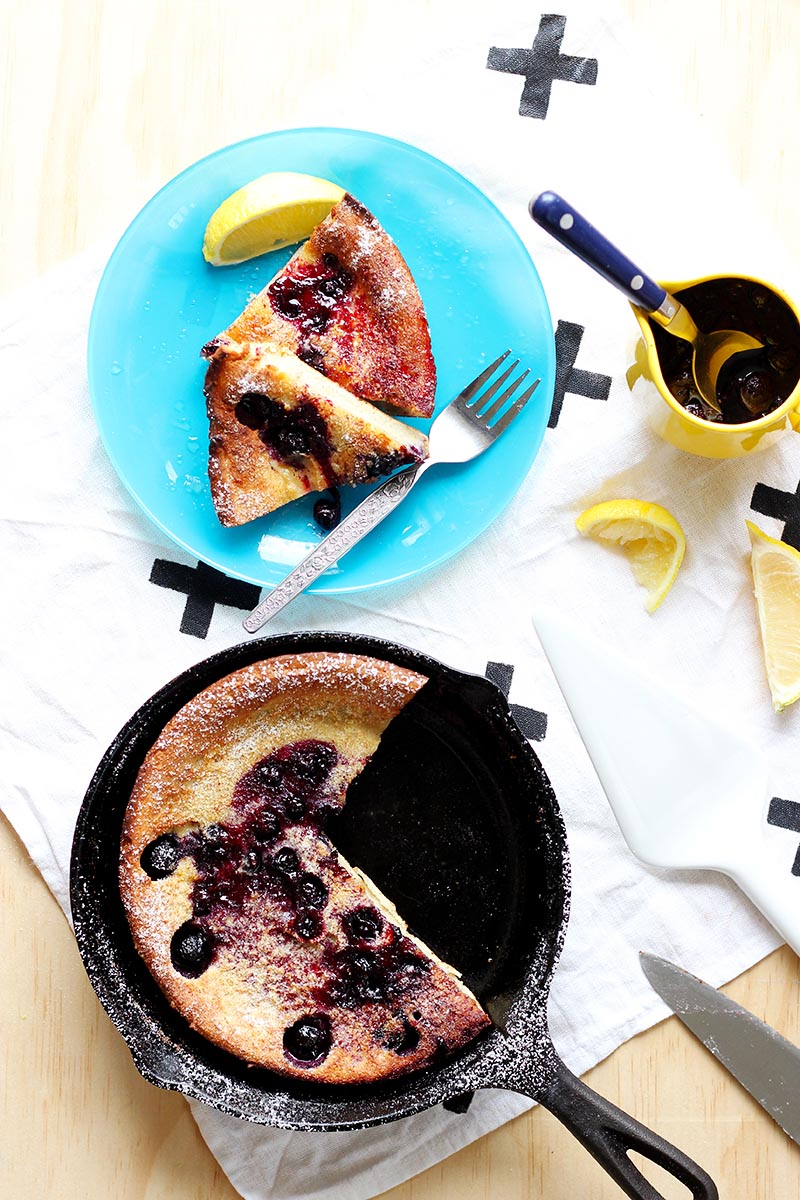 Super-foods aside, this Dutch baby is what it’s really all about. It’s hearty, it’s got blueberries (which the health brigade also love – Flea, the bass player from the Red Hot Chilli Peppers particularly recommends them), and on this particular occasion I softened a few more blueberries in a pan and threw them on top too.

I love the custardy, but crisp-edged texture of the dutch baby, and this has that plus the taste of buckwheat which I absolutely love. 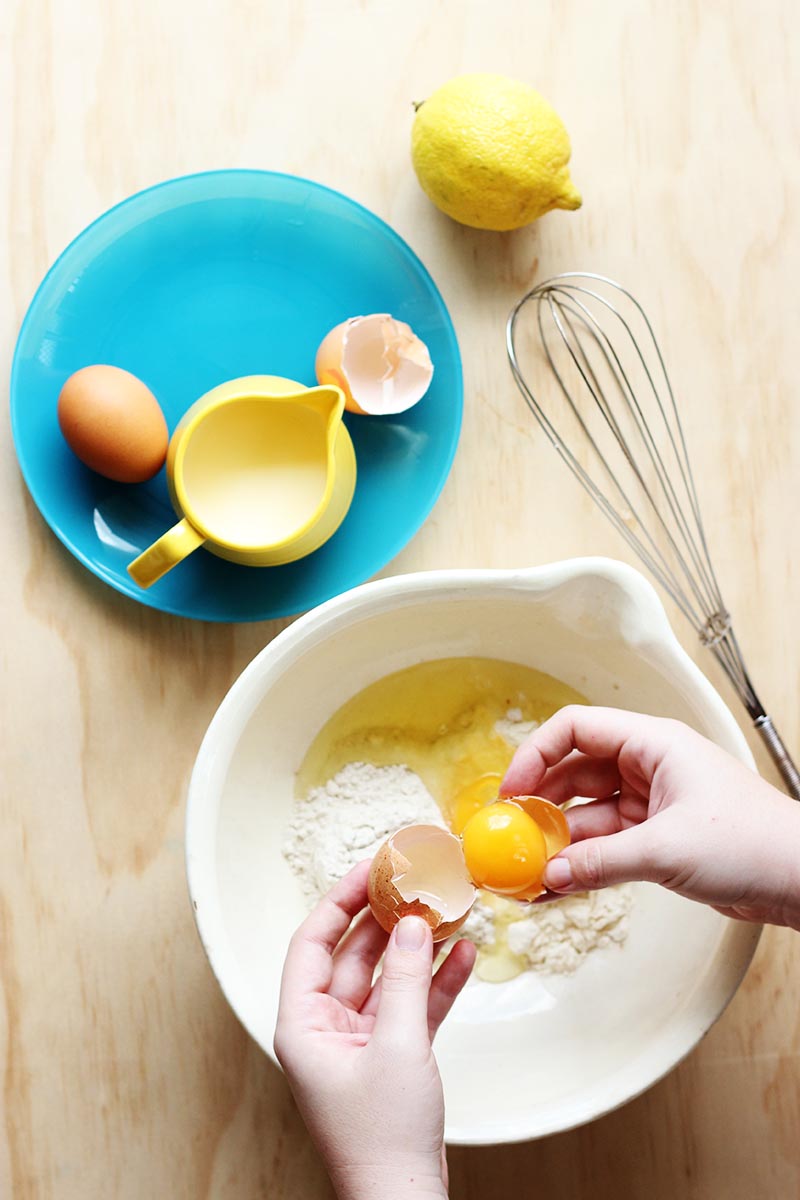 Plus it’s insanely easy to bring together! The buckwheat flour is easy to come by, AND it seems to always be organic, which I’m not mad about. So throw that buckwheat in a bowl, along with the plain flour, some sugar, and the lemon zest, then crack in some eggs!

Meanwhile, if you want to, you can throw about a cup of frozen blueberries into a saucepan with a few spoonfuls of sugar and the juice of half a lemon – just bring it to the boil and cook until everything’s saucy. 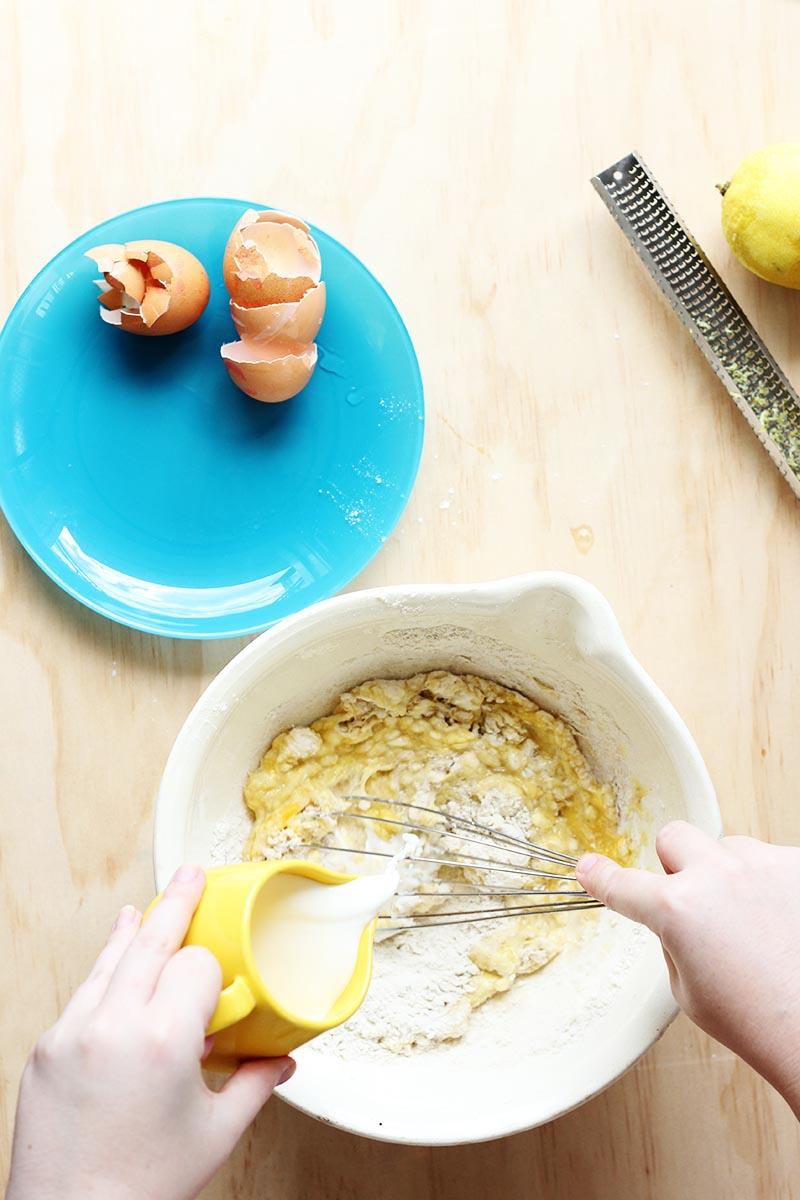 So start whisking in those eggs, and then when things are looking terrible and lumpy, start streaming in the milk and keep whisking away until everything is as smooth as Duke Silver’s moustache.

Get the oven preheating at this point, and throw in a cast iron pan, or a similar sized baking dish – metal is ideal. 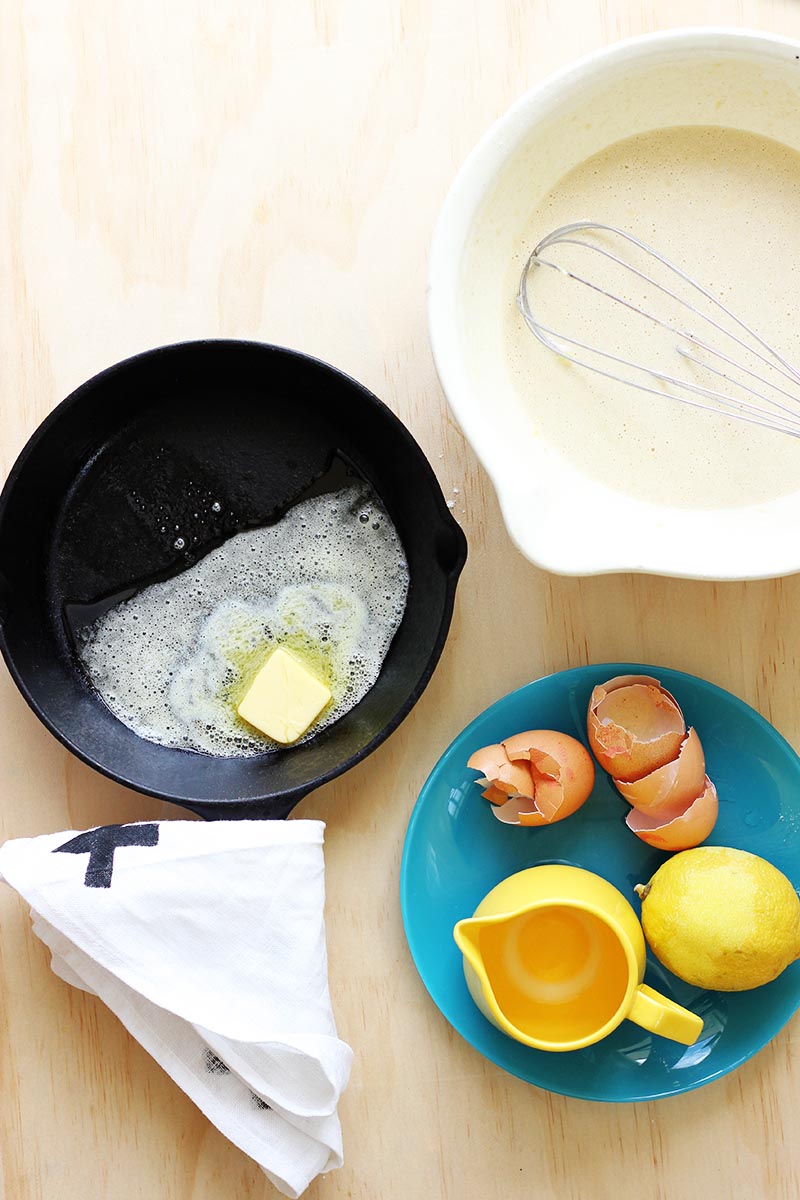 Once your pan is nice and hot, take it out of the oven and throw in two tablespoons of butter – let that sizzle and melt and foam, and then pour in the batter, and scatter on some fresh blueberries (or thawed frozen if that’s what you got! 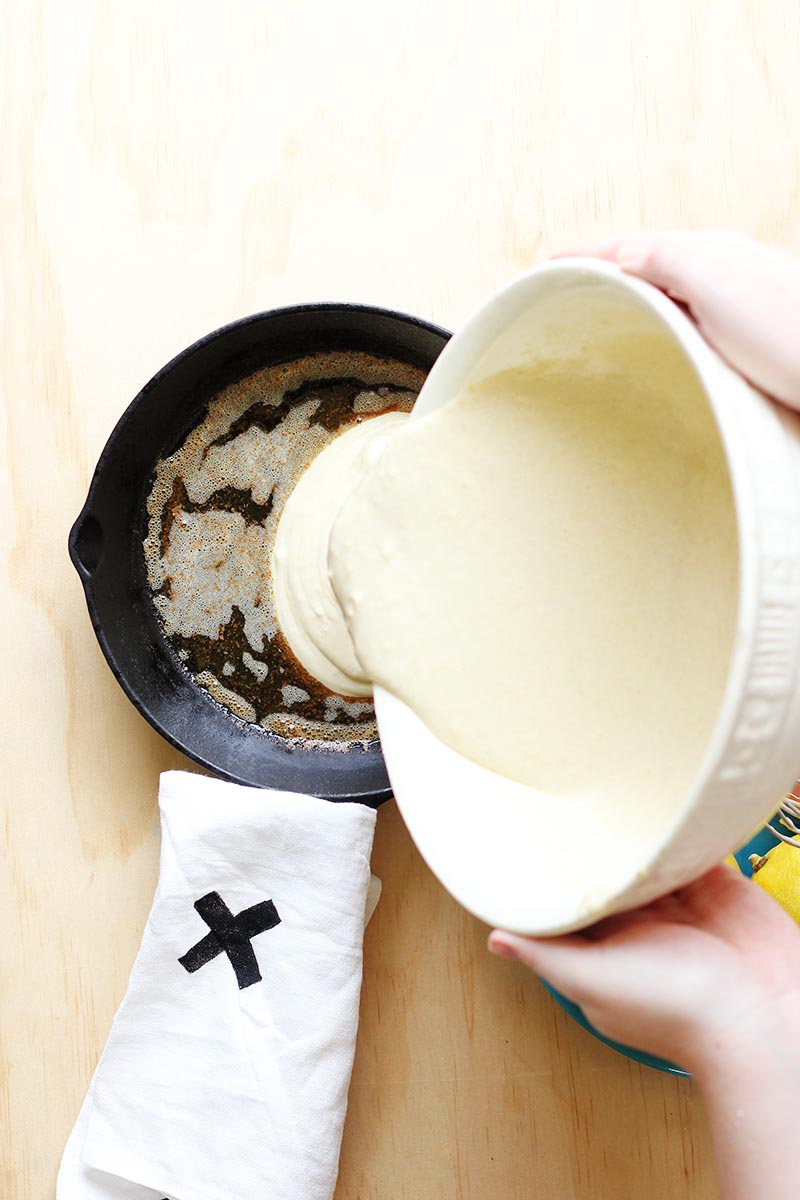 Throw that pan into the oven, and in about 18 minutes time, you’ll be pulling out a puffed, golden burst-berry topped giant pancake. Cut out a healthy wedge, and splodge over as much of that blueberry sauce as you want. A little greek yoghurt is always welcome on my plate, as is a drizzle of maple syrup.

This recipe has the double whammy of being pancakes AND full of ingredients that your nutritionist would love! Ok, so they may not love the presentation, but you win some, you lose some. Chalk this one up as a win. It’s definitely a win. 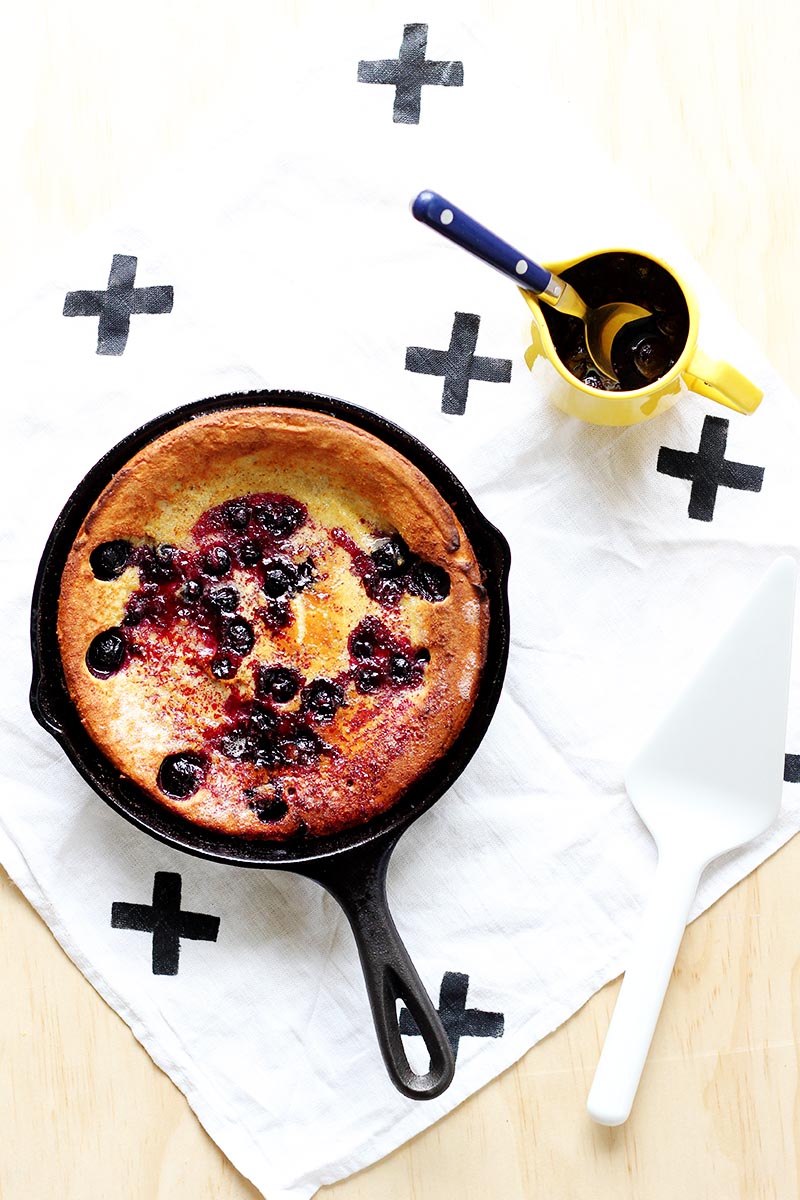 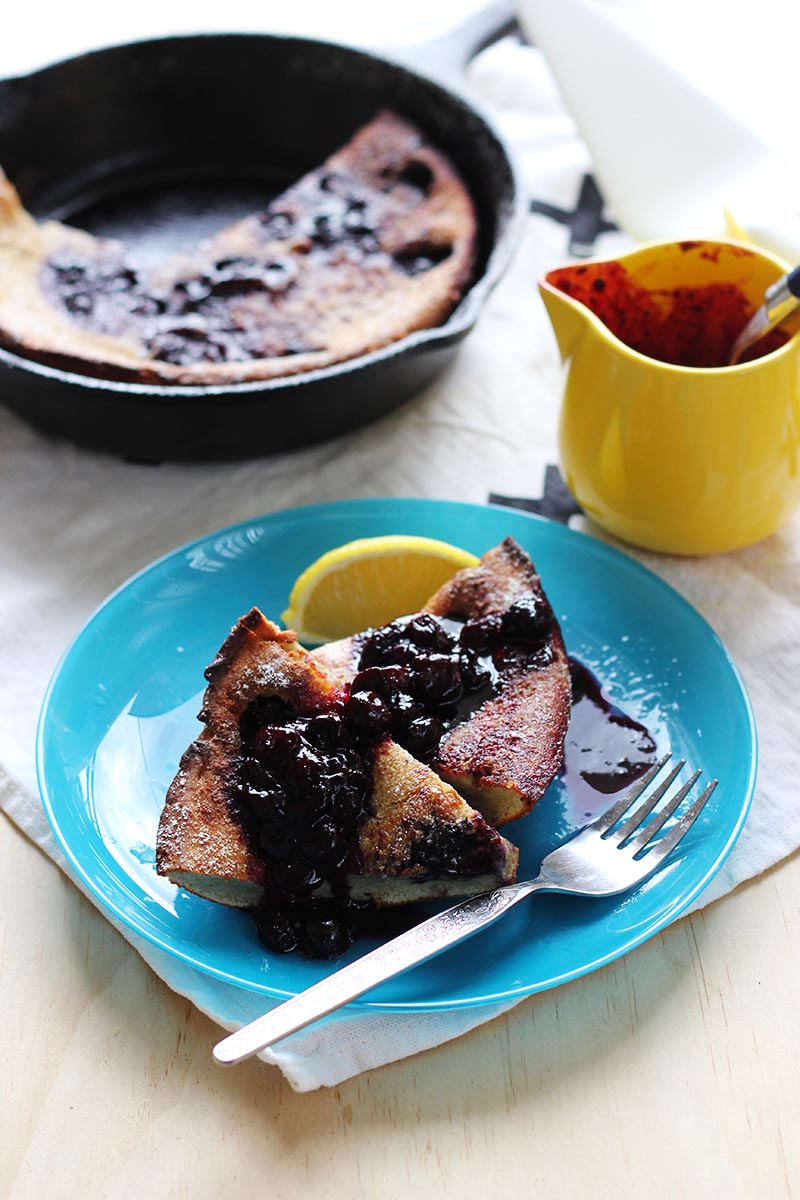