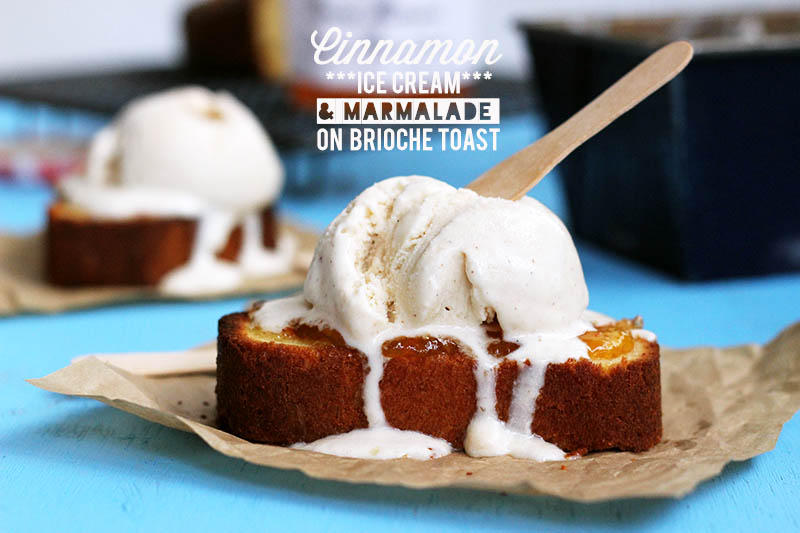 To begin this post, I would like to give a shout out to the lovely Claire from Things We Make. This recipe, featuring that most British of ingredients, Marmalade, reminds me of her because it, like her, is awesome.

Before you finish reading this, go check out her BEAUTIFUL blog. You won’t regret it! 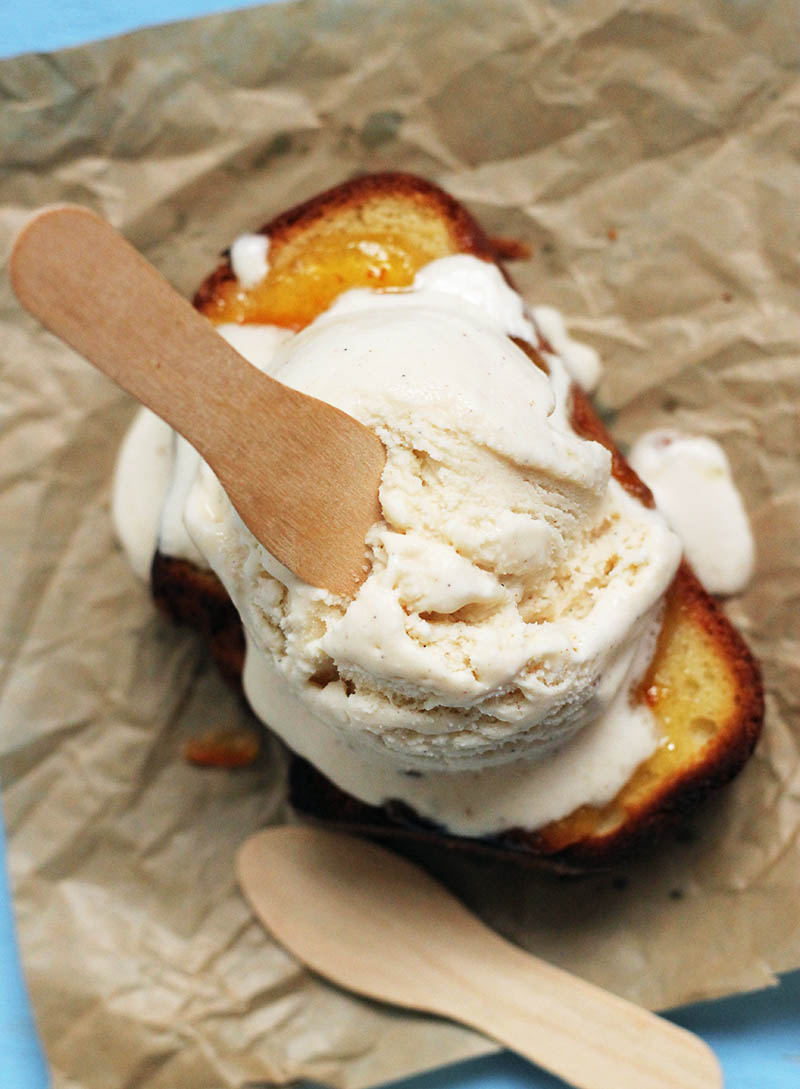 Now, the nitty gritty. I know you’re intrigued. You’re thinking ‘why has this girl put ice cream on toast? IS SHE MENTAL?’ or maybe you’re thinking, ‘I totally understand, Nutella Ice Cream in Brioche, but this…?’.

To you I say, have I ever steered you wrong before? Would I tell you that this was amazing if it wasn’t amazing? No. I never would. I love you! 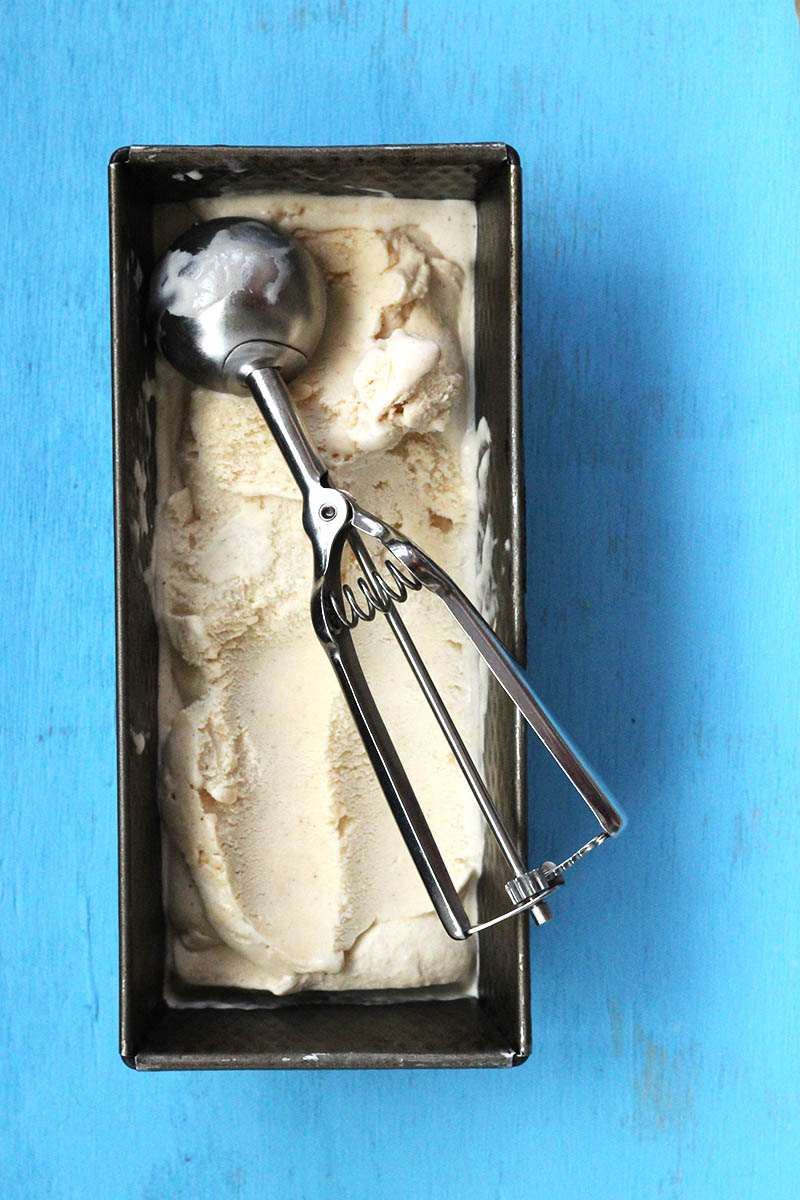 Think of it this way; it’s like un-frenched french toast. Instead of soaking the brioche in the custard, your toasting the brioche, freezing the custard (kinda), and then slathering the whole thing with a lil’ bittersweet orange marmalade.

If you’re down with breakfast for dinner – and really, who isn’t? – then get ready for the next big thing! BREAKFAST FOR DESSERT! 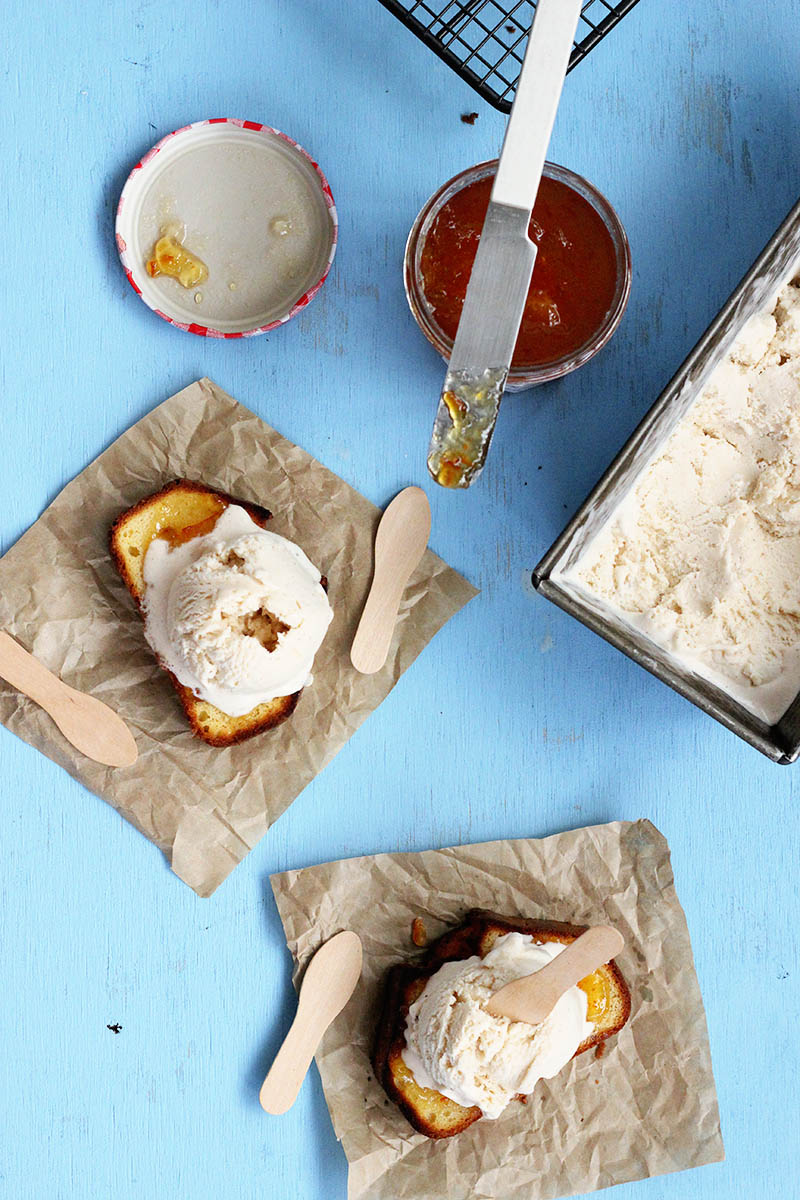 And the whole thing topped off with ice cream scented with the most comforting, satisfying flavour known to man: cinnamon. 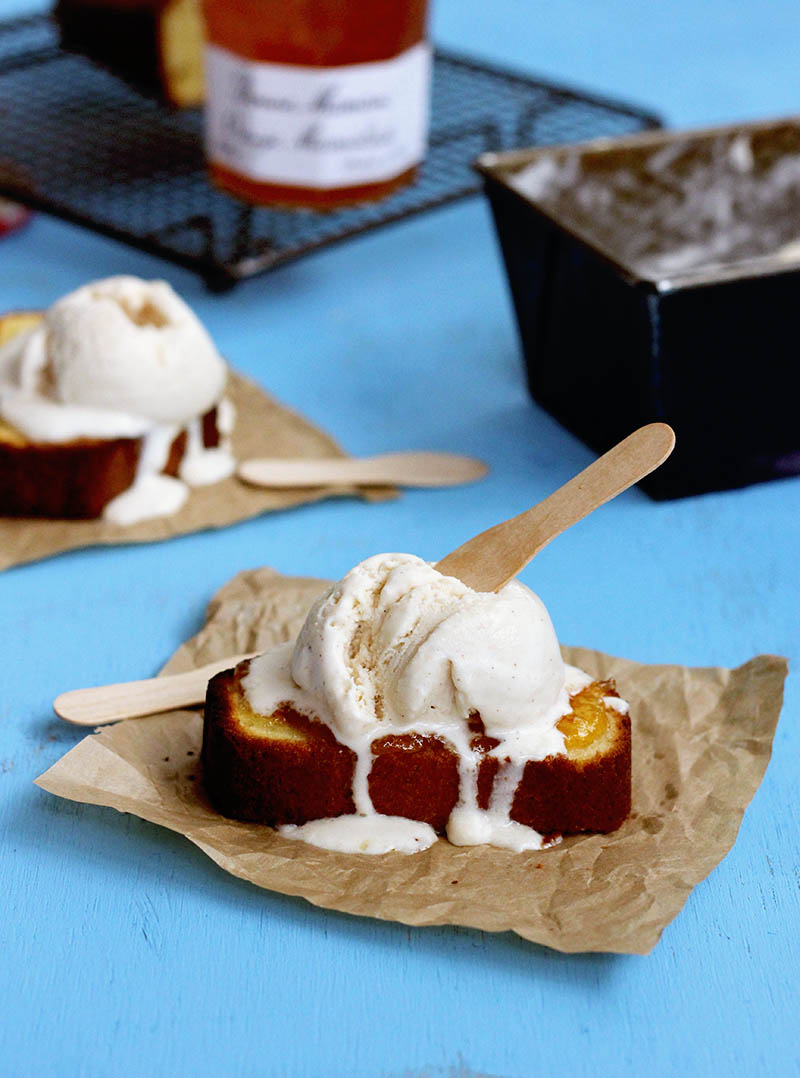 I’ve been on a bit of an orange and cinnamon kick lately. It all started with the Monkey Bread, and then those lovely little Pasteis De Nata, and now this. I can’t help it, they just go so well together.

There’s something about the combination that makes me think simultaneously of old school bakeries, and grand Spanish traditions. 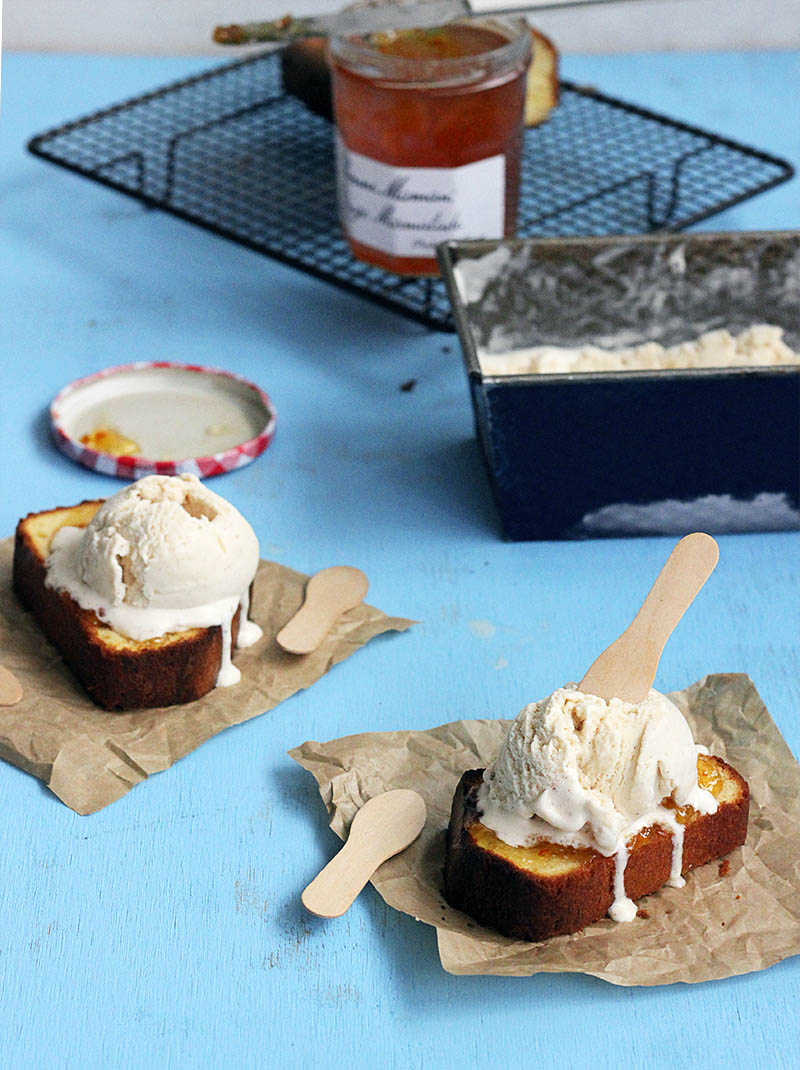 I also can’t seem to stop making ice cream, but I think that has more to do with a store-bought ice cream ban I’m currently under than anything else.

What are you obsessed with at the moment? Anything you can’t seem to help yourself from tinkering with in the kitchen? Let’s get breakfast for dessert and talk it over sometime. 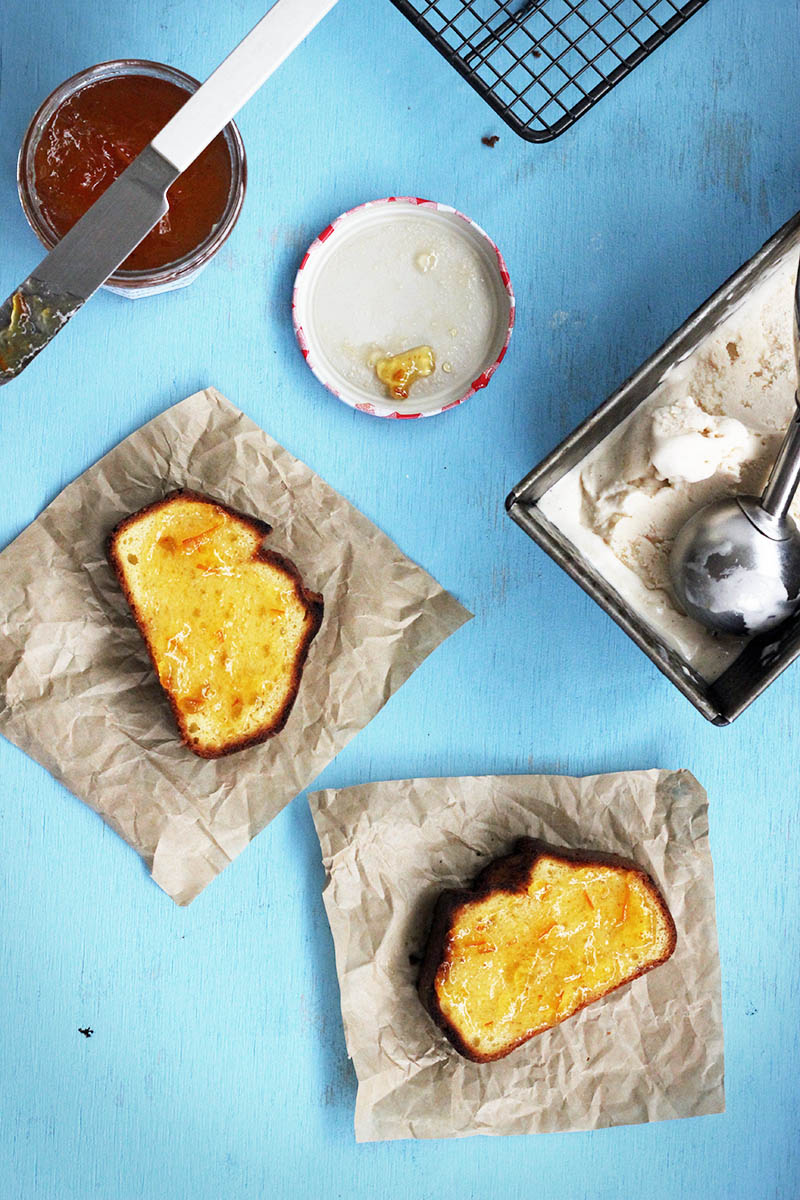