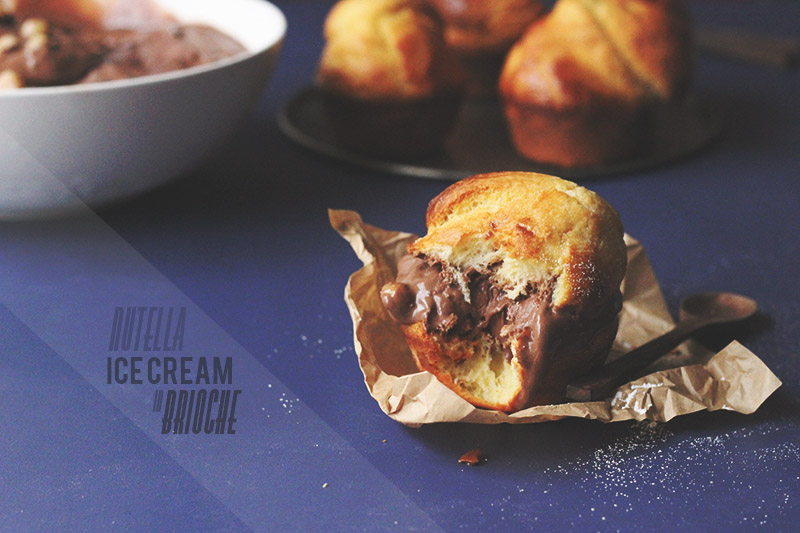 Do you ever make something and then realise that nothing you say could possibly live up to how great it is? 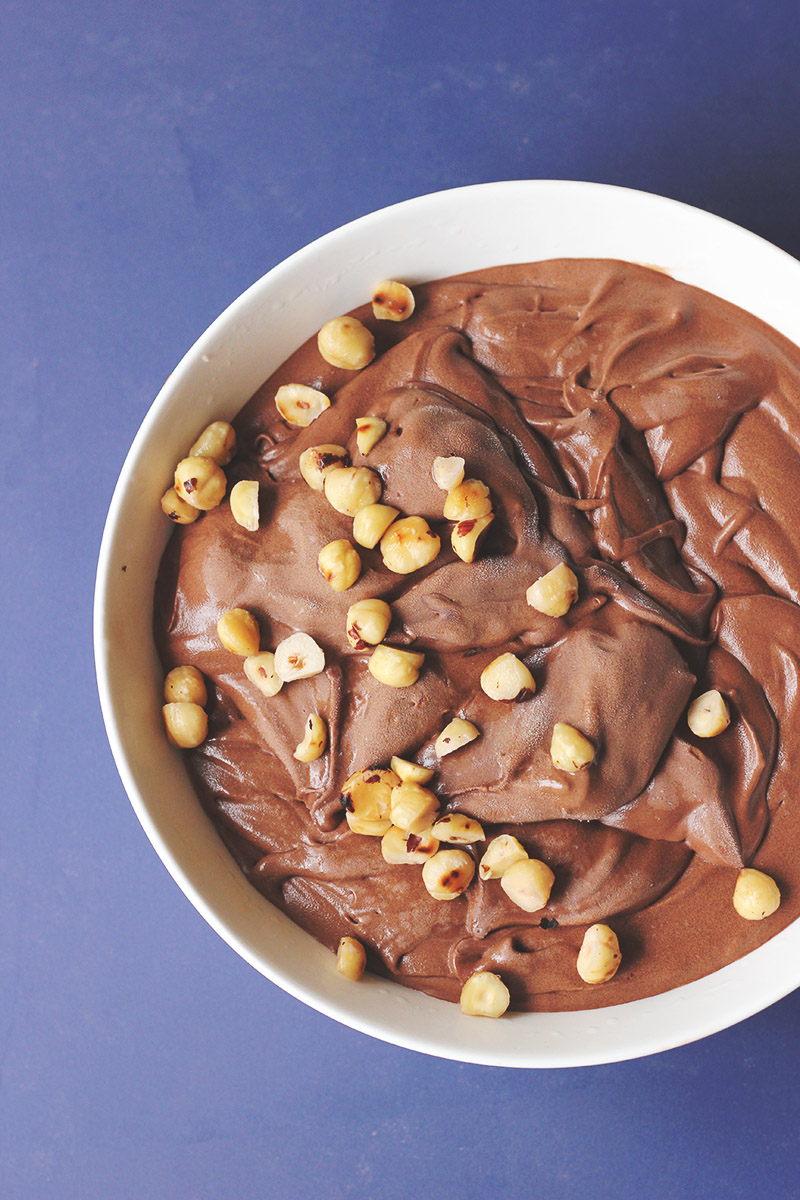 It is a magical transmutation of one chocolate spread into chocolate ice cream. The texture slightly changes, the temperature changes, but the taste stays mystically the same. Maybe with a hint of deeper smokiness. 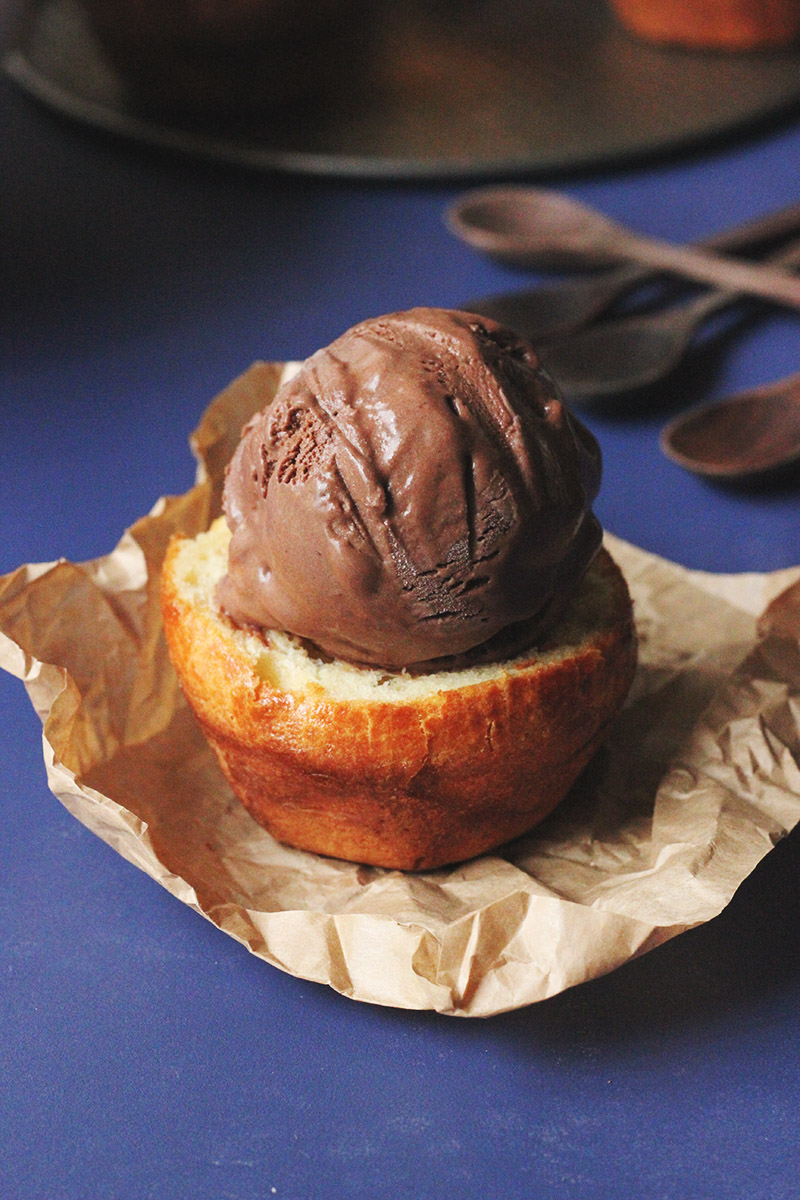 Eating gelato in brioche is a Sicilian tradition, which I first read about in Nigella Lawson’s book Forever Summer. Yes, those crazy Sicilian geniuses have been serving their gelato inside a warm, crispy brioche bun for years it seems.

I’d like to say that I was skeptical at first, that my instincts told me not to eat ice cream on buttery french bread. But alas, my heart cried out for it. I knew it would be incredible, and friends, it is. 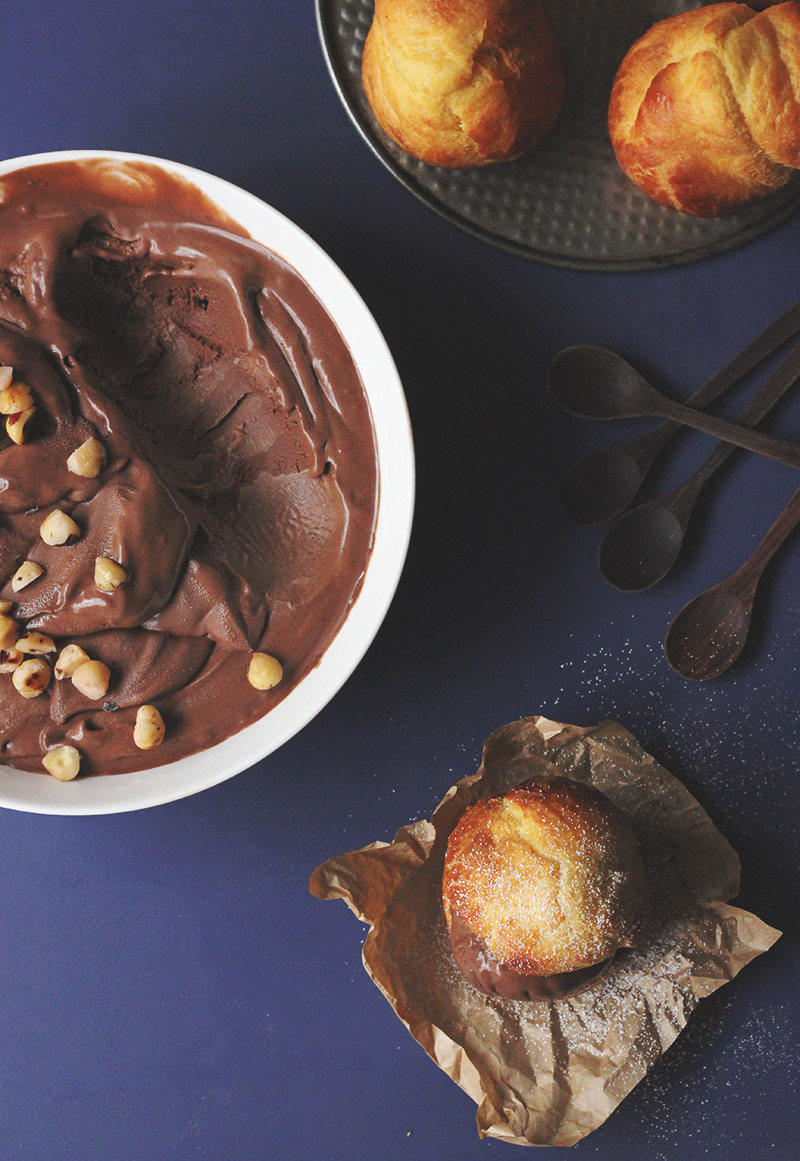 Like so much of Italy’s most delicious exports, this combination of flavours was born out of adversity. A shortage of cacao meant that local chocolate makers in the Alpine region of Italy needed to use something else to extend their bars, so they chose hazelnuts which are plentiful in the region. 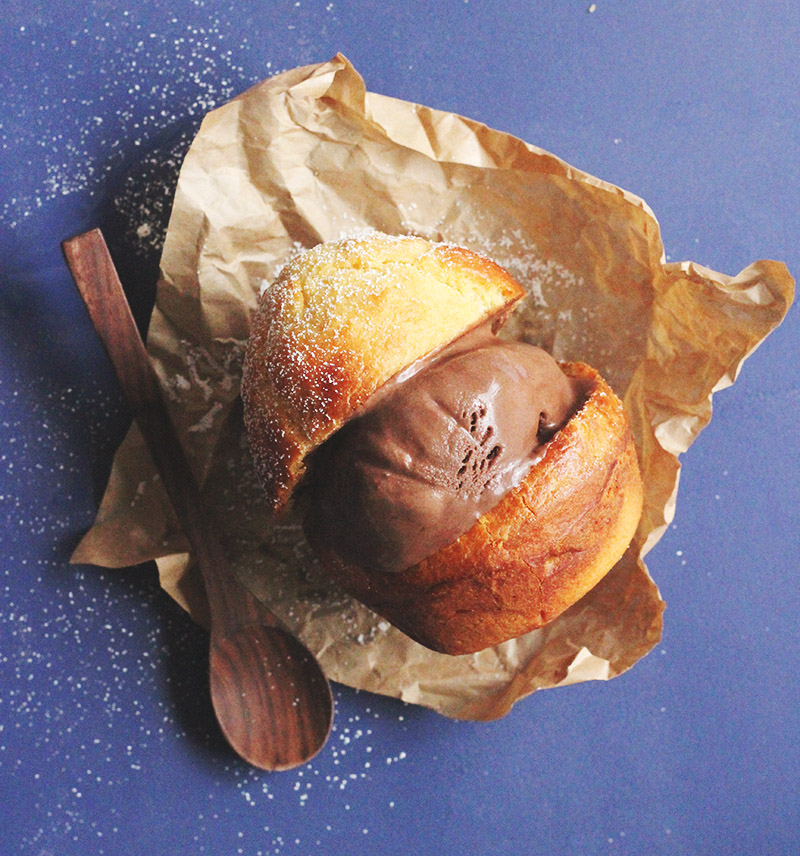 On the other hand, eating a big scoop of chocolaty delicious ice cream inside brioche has nothing to do with adversity. That aspect of the eating experience is born out of sheer luxury.

And it is luxurious; subtly nutty, deeply chocolate flavoured, and perfectly complimented by a salty, buttery, soft and crisp bun of brioche. It’s everything all at once. 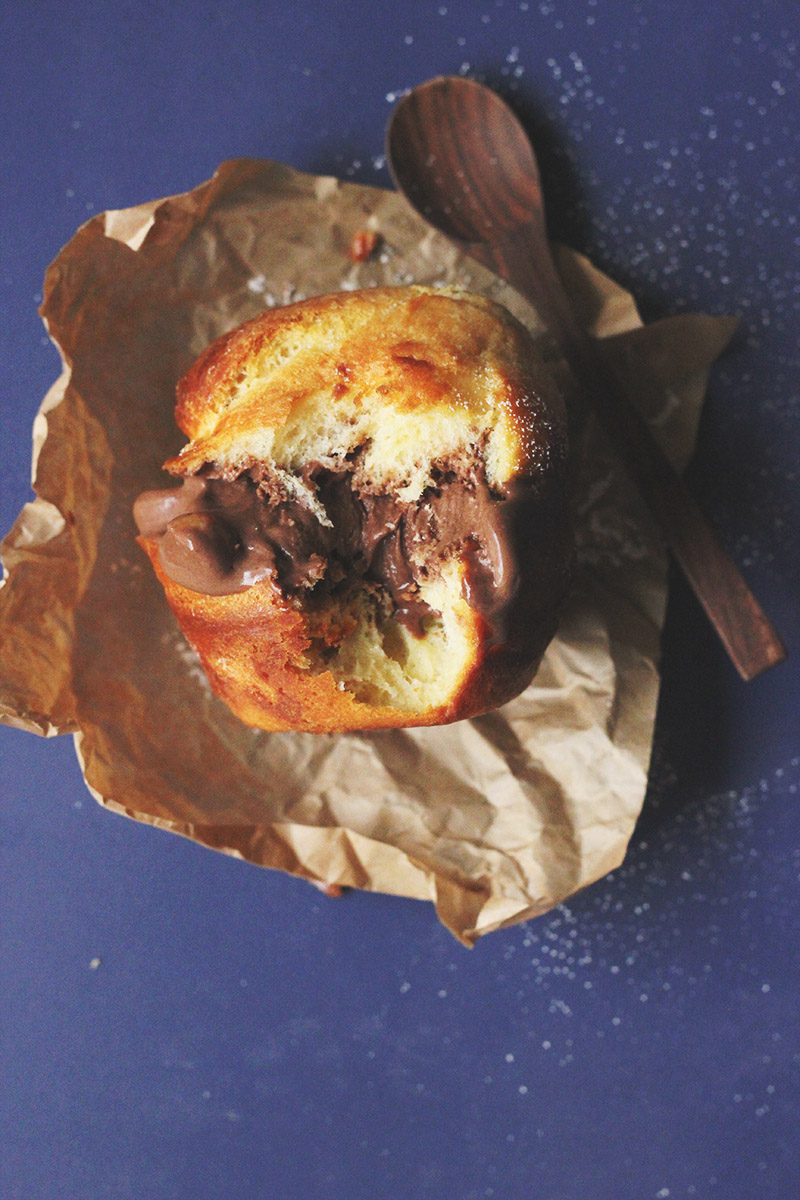 This could be an amazing Valentine’s dessert by the way. Plenty of hands-on, chocolate dripping, munchy crunchy action. I’m on a bit of a chocolate jag at the moment. I just read the book Chocolat (again) and pulled out all of chocolate-centric cookbooks. So stay tuned for that!

Are you sick of hearing about Valentine’s Day yet?