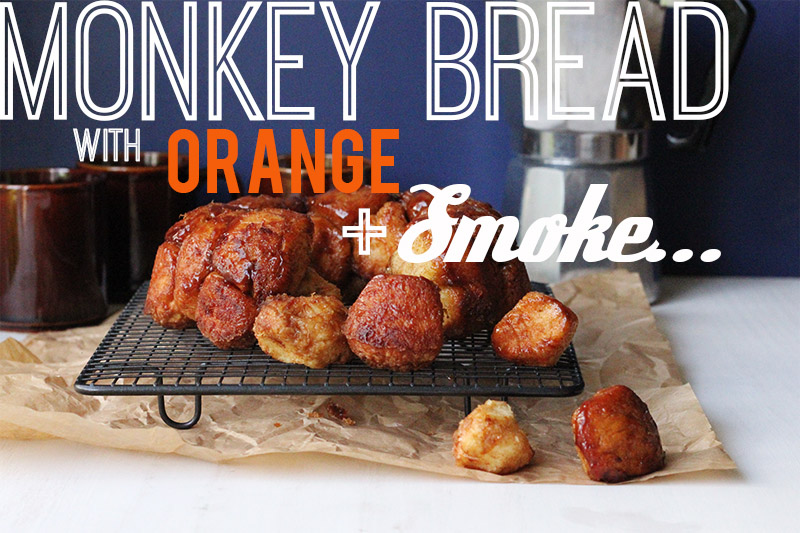 Cool recipe title, right? Of course, that’s not the point. The point is that brown sugar, yeasty bread, cinnamon, and orange have a new best friend. And that best friend is a hint of smoke.

It’s subtle, not in your face by any means, but that hint of woodsmoke along with all those other cozy flavours takes this Monkey Bread to a whole other level. 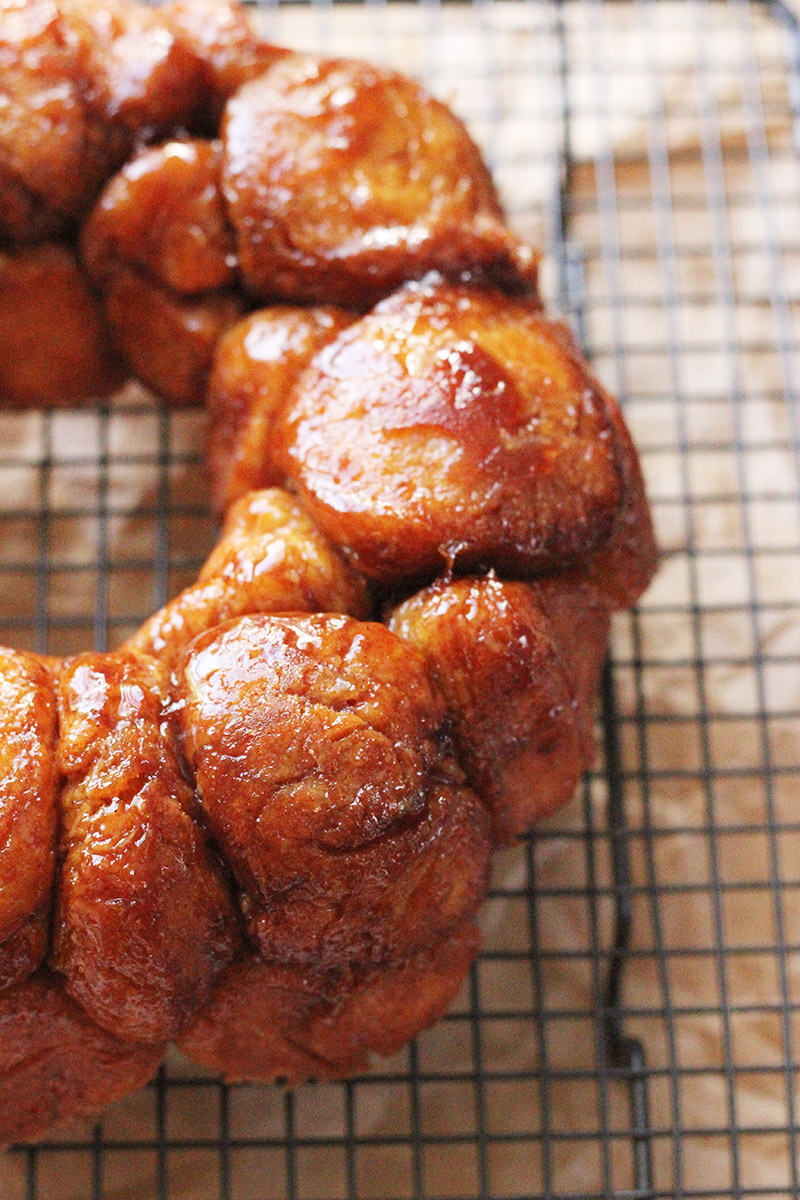 To be honest with you, I can’t stand to drink it – the smoke flavour is way too strong for me. But baking with it? I’m in love. 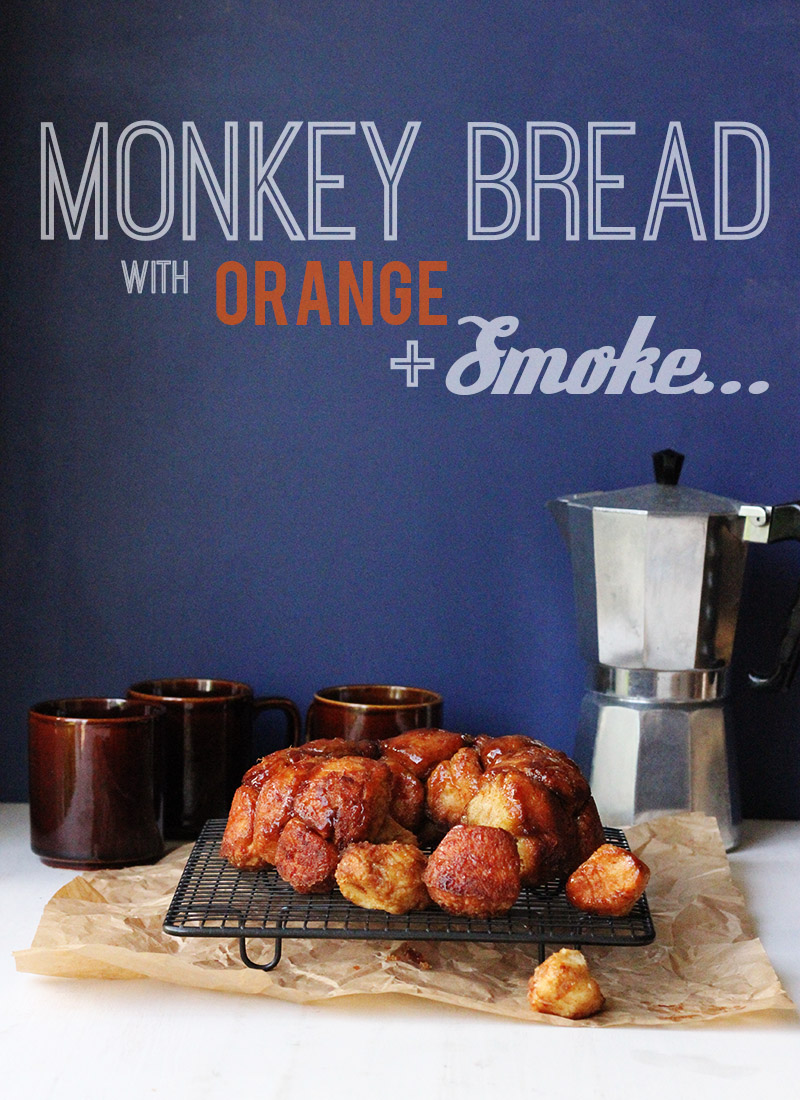 The beauty of bringing that pine-smoke flavour to this bread is not only that it adds some complexity to what is a very familiar flavour, but it also tastes exactly like eating a cinnamon bun next to a campfire.

It makes me think of forests, and cozy blankets and chopping wood, and cooking under the stars.

Smoke, cinnamon and orange is such a great combination. And it was so easy to achieve too. I just infused the butter with a few spoonfuls of tea and blammo, mission accompished – I’m really psyched to try out some other varieties and see what happens.

This is my latest favourite update on a classic. Do you ever do that? Take an old favourite and add a new flavour – like when everyone discovered that salt and caramel are best friends? What’s your favourite unusual combo? 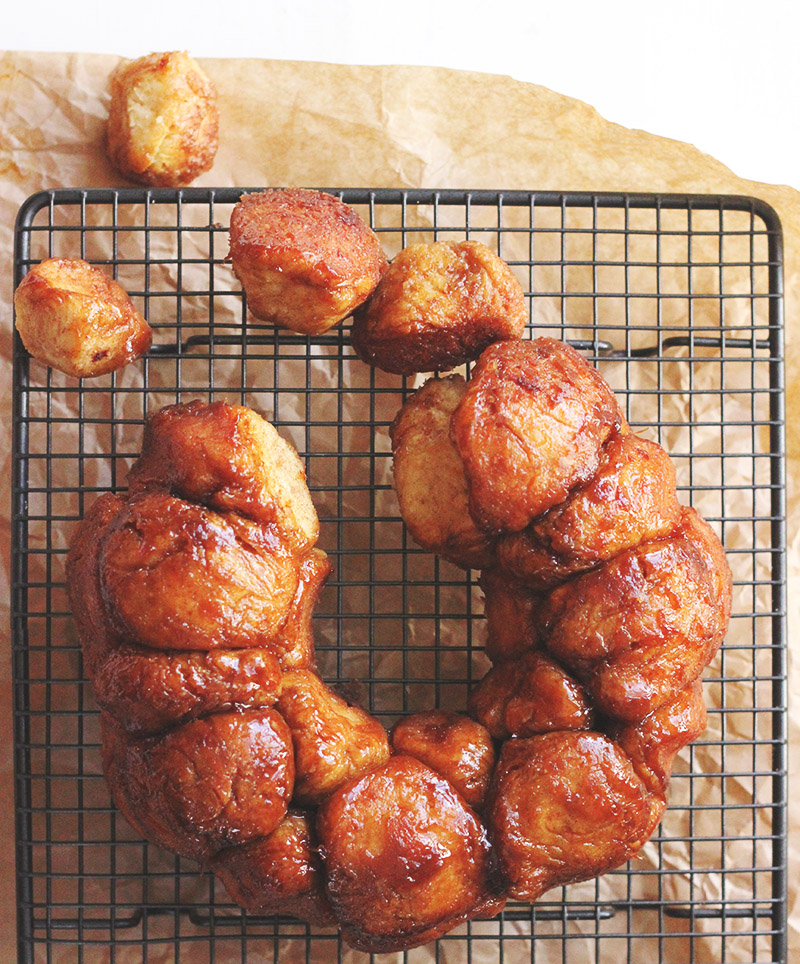 Monkey Bread with Orange & Smoke
Print
Cinnamon-scented classic Monkey bread, with a hint of smoke and orange zest.
Author: Sarah Coates
Ingredients
For the dough:
For the coating
Instructions
3.2.1275