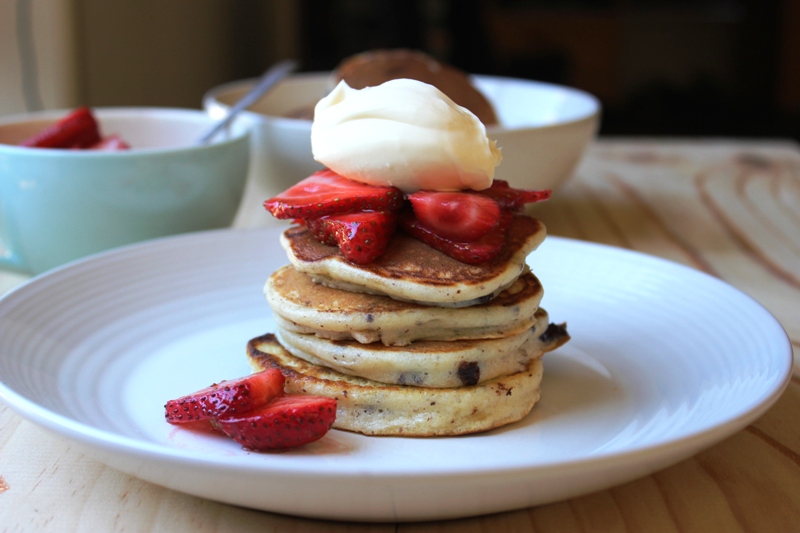 Chocolate chip pancakes always remind me of the Parent Trap. You know that movie from back when Lindsay Lohan was a freckly red headed kid, and her dad was Dennis Quaid? Well, she played a set of twins who – get this – were seperated by their parents at birth! Hijinx ensue. Disney ending. Everybody wins. One of the twins was from Napa Valley, where they had a housekeeper, who offered chocolate chip pancakes for breakfast. I cannot tell you how enticing the thought of chocolate chip pancakes was for me, as an already food focussed 10 year old. 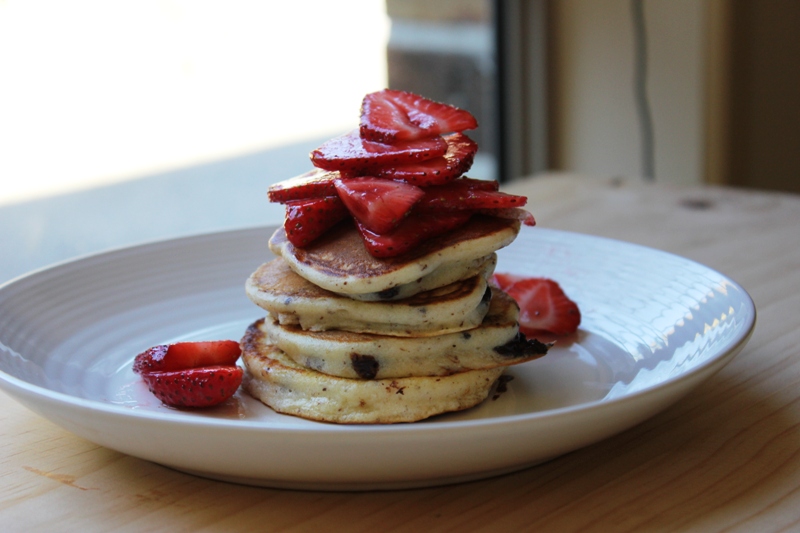 Whenever I remember little food details like this, and it happens so often, as you’re about to see, I always start to think about the age old nature vs. nurture argument. Why is it that I have always followed food? Always been interested in food? Always nostalgic even, for food? I’m told that even when I was a baby, after being fed my pureed whatever, I required little to no cleaning because the food all went into my mouth and stayed there. Eaten. Thanks very much. Why smear my apple puree around everywhere, when I could be eating it? 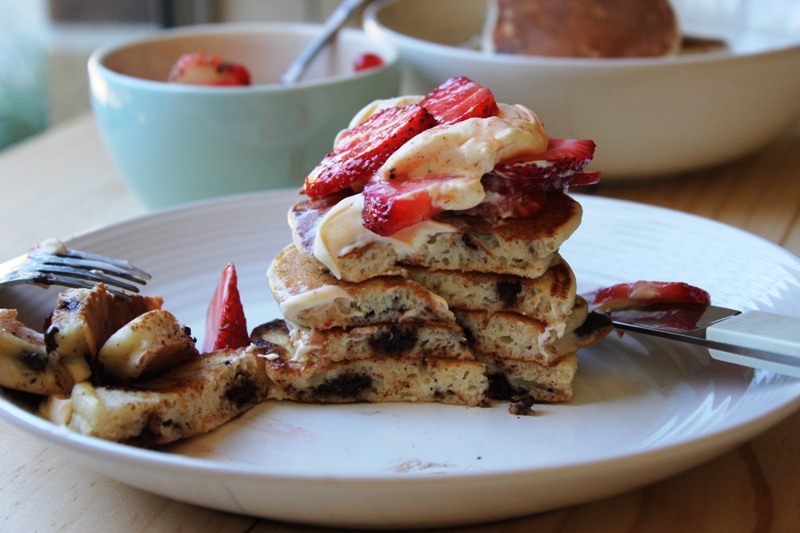 Some of my favourite food memories from pop culture and my childhood:

– The CLASSIC spaghetti and meatballs scene from Lady and the Tramp

– Just about EVERYTHING ever eaten in an Enid Blyton book

– Particularly when the children go up the Faraway tree to the land of Goodies, and there are strawberries growing with their own little dollops of cream on them!

– I’m adding a new one to the list: this blog post featuring fluffly chocolate chip pancakes, with sliced strawberries tossed with cinnamon sugar, and a dollop of tart creme fraiche 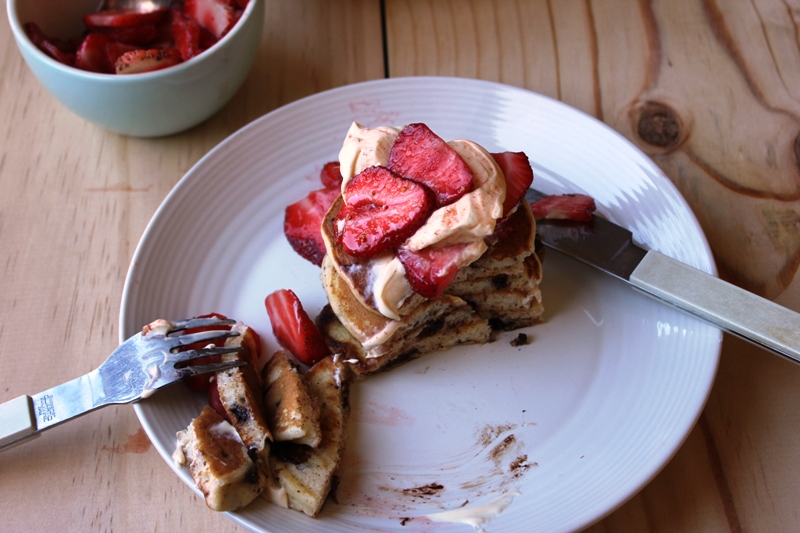 So what do you think? Has there been something which has always called to you? Has the beauty of a particularly shiny skinned capsicum always enthralled you, as it does me? Does the idea of eating a less than utterly delicious meal leave you feeling as bereft as I do? Or is it something else? Is it the beatuy of a particularly well constructed garment? The love of a particularly devoted puppy (I share that one!)? The wonder of the universe that surrounds us, down to the smallest particle? Tell me, I’m honestly interested to know! I can’t fathom anyone not caring as much as I do about the elusive white truffle, so please, let me in on your secret. What is your white truffle, reader? 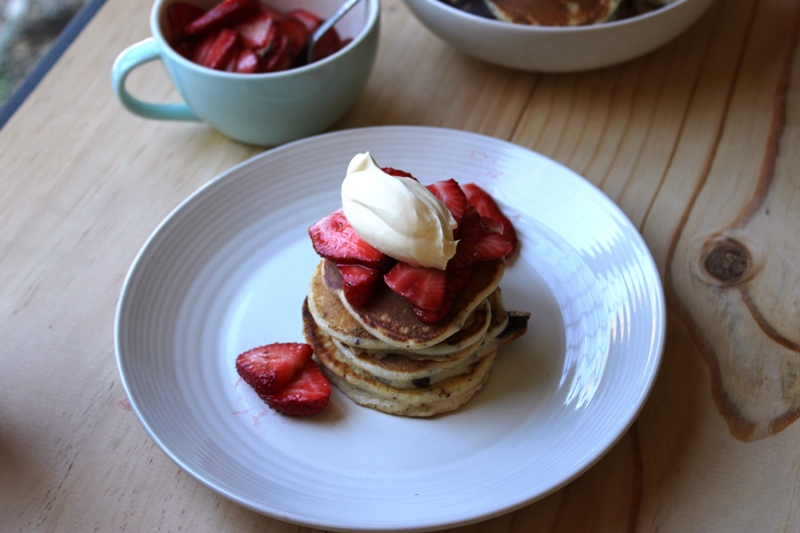 1/4tsp cinnamon First, slice the strawberries, and toss with the cinnamon and sugar in a small bowl, and leave to macerate while you make the pancakes. Place the flour, baking powder and sugar in a medium sized mixing bowl. Next, seperate the eggs, placing the whites in a large mixing bowl with a pinch of salt, and the yolks in with the flour. Whisk the whites to soft peaks and set aside. Begin whisking together the yolks and flour, whisking in the buttermilk to make a smooth thick batter. Stir in chocolate chunks, and then fold in the whisked whites. In an oil-less non-stick pan, over a medium-high heat, griddle heaped dessert spoon sized dollops for about 2 minutes on one side, or until bubbles begin to appear, and then flip for a further minute or so on the second side, or until cooked through. Just bust one open to test this, it’s the only way. Server the warm pancakes with a tumble of cinnamon strawberries and their syrup, and additional maple syrup butter and/or creme fraiche as your heart desires.