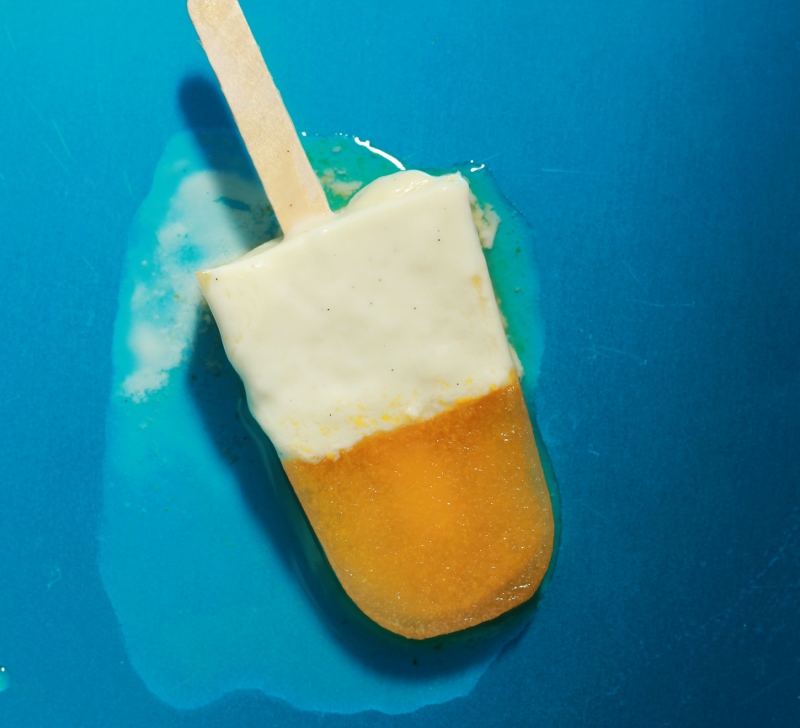 HAVE YOU HEARD? It’s Popsicle Week ya’ll! No, you’re not dreaming. This is really real! Because that charming, achingly hilarious champion of food bloggers Billy over on Wit and Vinegar obviously realised the greatness of popsicles, and decided it was about dang time they were celebrated. Would a day suffice? NAY! A WEEK! At first, I was just crazy psyched because, ‘Hello? Popsicles?’. So this happened…

And then I was super overeager, and Billy was totally cool about it, so now I am doing Popsicle Week right now! WoopWoop. 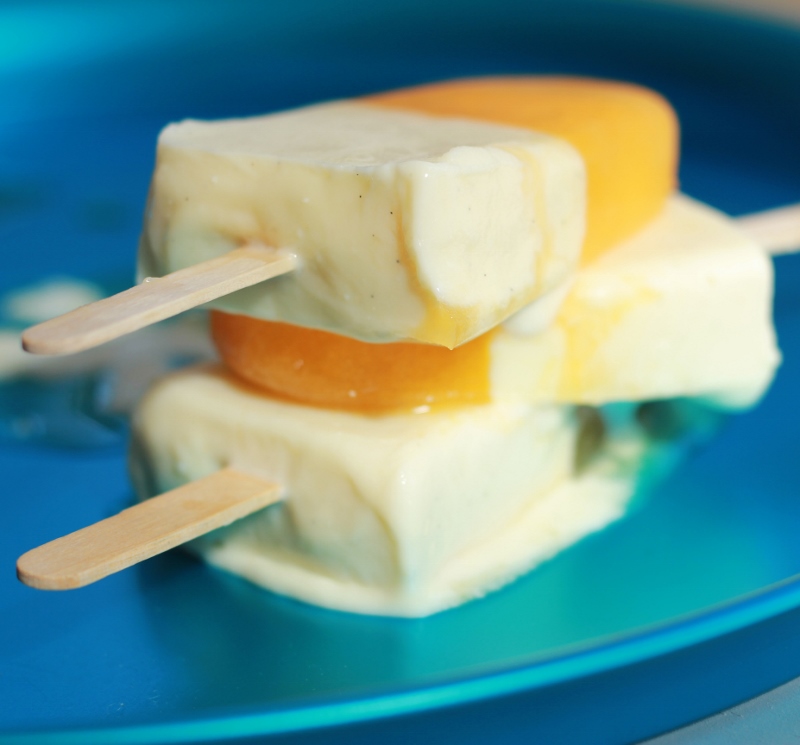 So, now that I have finished all the ‘splaining I had to do (a la Ricky Ricardo), let me tell you about these popsicles. They are my favourite. It is nearly September and that means the beginning of Spring in Australia – because we are upside down – which means two things. 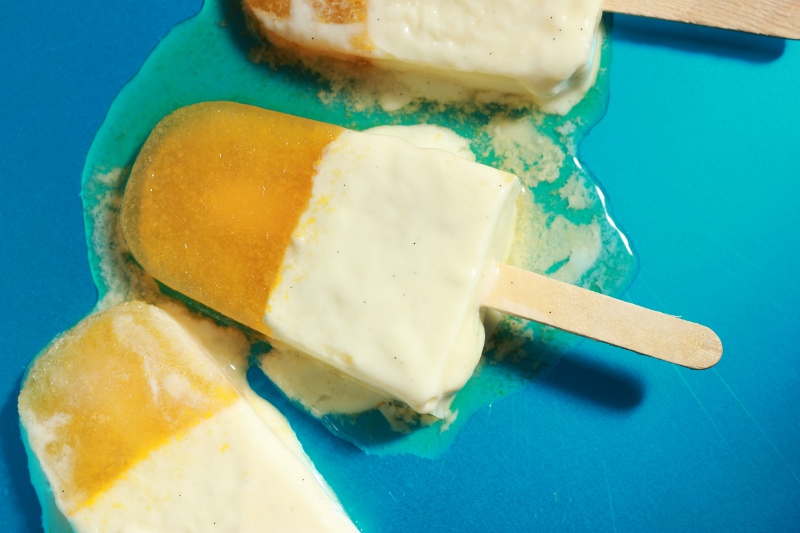 These are my hack of a childhood favourite, the Pine Lime Splice. Sugary, sugary goodness. The Pine Lime Splice features a pineapple and lime flavoured ice, wrapped around a centre of creamy vanilla ice cream. Now, the pineapples didn’t look so good at my local grocery store, and I had a junkload of mandarins to use up, and I LOVE mandarin juice. Have you ever had it? It’s like drinking nectar. So I squeezed up my mandarins, added a little lime juice, and set about creating the creamy component. How to pimp out the creamy vanilla-y-ness of a popsicle? White chocolate, baby. 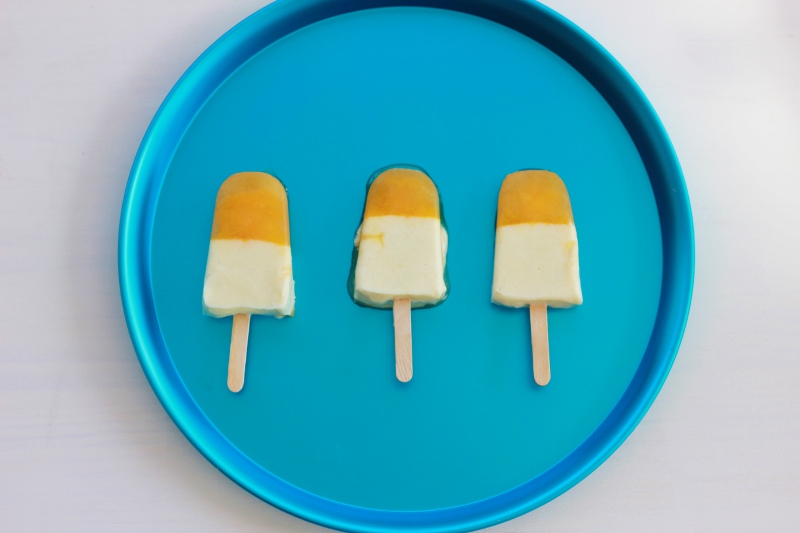 Is anyone else loving the 1960s/Wes Anderson poolside colours of these pops? I’m actually just staring at them right now. What you get, once you drag your eyes from the pictures, is a two tone, layered popsicle of early springtime wonderfullness. The orange layer is sweet, sticky and acidic, and the bottom layer is creamy, unctuous and super-charged with vanilla. Essentially, it’s an orange popsicle, on top of a white chocolate fudgsicle. And when you combine two things which end in -sicle, you know it’s gonna be good. 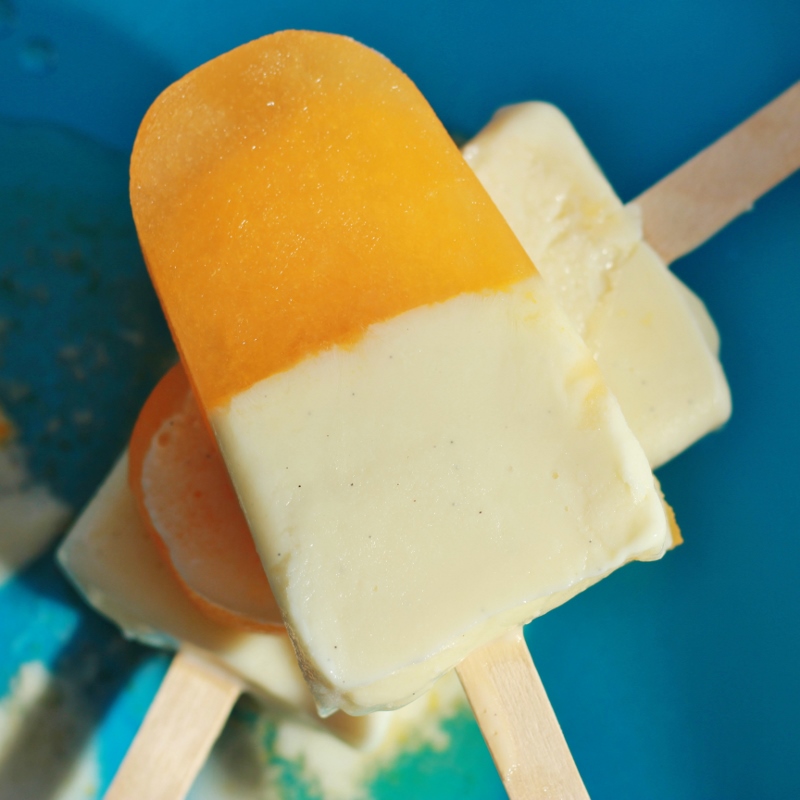 P.S. Definitely do yourself a favour and go and check out all the over Popsicles – 26 Bloggers’ worth of crazy creativity, all channeled into popsicle creation. GO NOW. 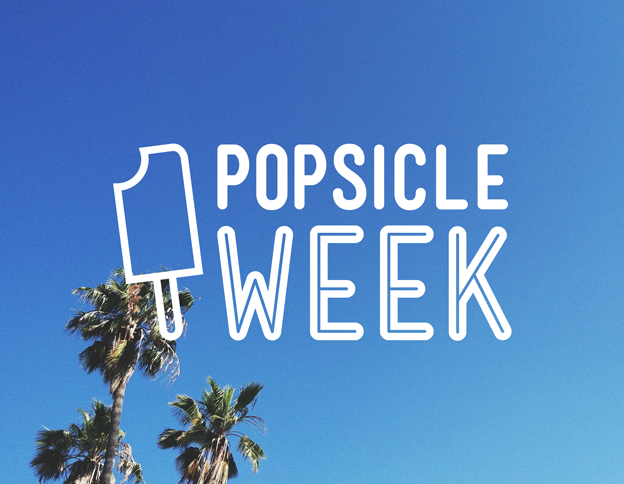 Note: You will need a 6 x 100ml popsicle tray, and 6 popsicle sticks for this recipe. If your popsicle tray is of different dimensions, that is fine, you may end up with more or less, depending.

50g white chocolate First, make the mandarin layer. Squeeze the juice of the mandarins, and the lime through a sieve into a small bowl, and whisk in the icing sugar until dissolved. Pour the juice equally between your 6 x 100ml popsicle moulds. Place into the freezer for four hours. Meanwhile, make the white chocolate layer. Pour the milk into a small saucepan, reserving about a tablespoon. Add the sugar and vanilla bean paste to the saucepan and place over a low heat. Meanwhile add the cornstarch to the reserved milk, and whisk to make a smooth paste. Once the milk has reached a simmer, turn off the heat and whisk in the cornstarch mixture. The milk should immediately thicken to the consistency of a light custard. Finely chop or great the white chocolate, and add it to the milk mixture, stirring gently until the chocolate is melted. Set aside to cool completely. Once the mandarin layer is almost completely frozen, place the popsicle sticks into the mould, jiggling them into the orange mixture. Pour the completely cooled white chocolate mixture around the sticks, filling to about 1 cm from the top of the moulds. Freeze for at least 6 hours or overnight before serving.