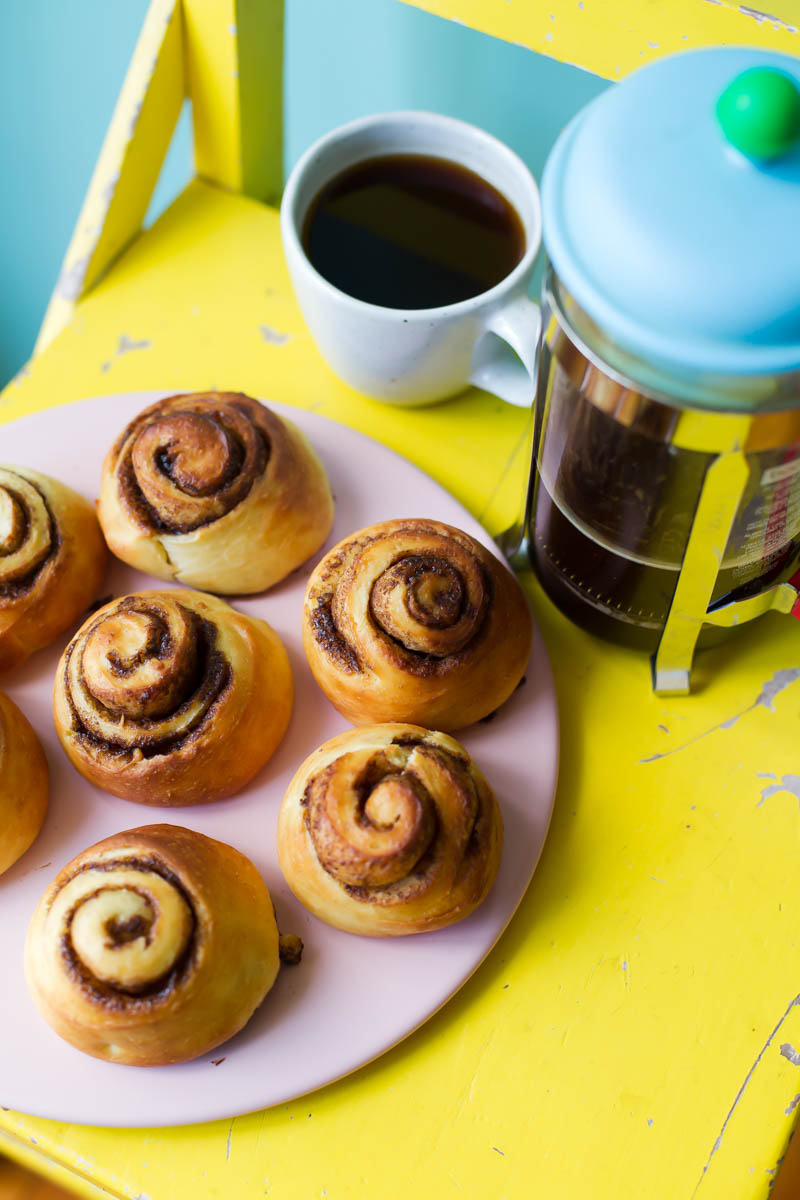 Cinnamon buns are second only to donuts in the Sarah Coates hierarchy of sugary carbs. They sing a siren song to me, that I find impossible to resist. Anytime there is a cinnamon bun within cooee of me, you’ll find me reaching out a hand and calling over my shoulder for ‘a cup of black coffee, stat!’.  Cinnamon, buttery bread and coffee is a combination of things that I cannot imagine living without. I can’t imagine anyone with a pulse not loving the mix! But I know there are those who can’t stand cinnamon, don’t like coffee, and stay away from bread like it’s the devil.

Here’s the thing though. I love a plain and simple cinnamon bun WAY better than I like a sticky bun. That’s not to say I don’t like a sticky bun. Buttery caramel-soaked coils of dough studded with nuts are just fine by me. But sticky buns are seriously a sometimes treat. The sugar-buzz from one of those guys is enough to keep me up for about four days, and you know me – I can handle sugar. Cinnamon buns on the other hand, are a more puritanical, more austere bake. Coming from Scandinavia they show classic the classic Nordic restraint, and they come from a time when the cinnamon in the mix would have been pretty damn extravagant.

My unashamed love of da buns does mean that I’m constantly getting suckered into buying those $1 IKEA cinnamon buns. And you know what? They’re not the worst. I’ve definitely had worse cinnamon buns, and sometimes from legit bakeries. Shame on those bakeries, for their dry, mealy cinnamon rolls. The thing with the IKEA bad boys is that they wisely serve them slightly warm, which does detract from the odd chewiness and tastelessness of the dough. This recipe, then, is what IKEA cinnamon buns  ought to be.

When I say the dough for these is buttery, I mean it. It’s a rich dough, with eggs and butter, similar to a brioche. But instead of using a solid half-pound of butter, these get their tenderness from the Tang Zhong method – a quickly cooked mixture of flour and water, which gets stirred into the dough – which makes these buns incredibly tender, and it’s so easy. The method has revolutionized my sweet bread baking. The filling is a simple sweet mix, of cinnamon, brown sugar, butter, and two optional extra ingredients; a hint of cardamom (love it or leave it) and a pinch of cocoa, which I love for the colour, and for the elusive, haunting depth of richness that it brings.

Either way, you will find me with these, and a pot of coffee, sitting in the corner of my yard that gets the most sun, for the rest of the winter. Tell me, what is your favourite cold weather bake? And are you an IKEA fan, or do you think it’s the 9th circle of hell? 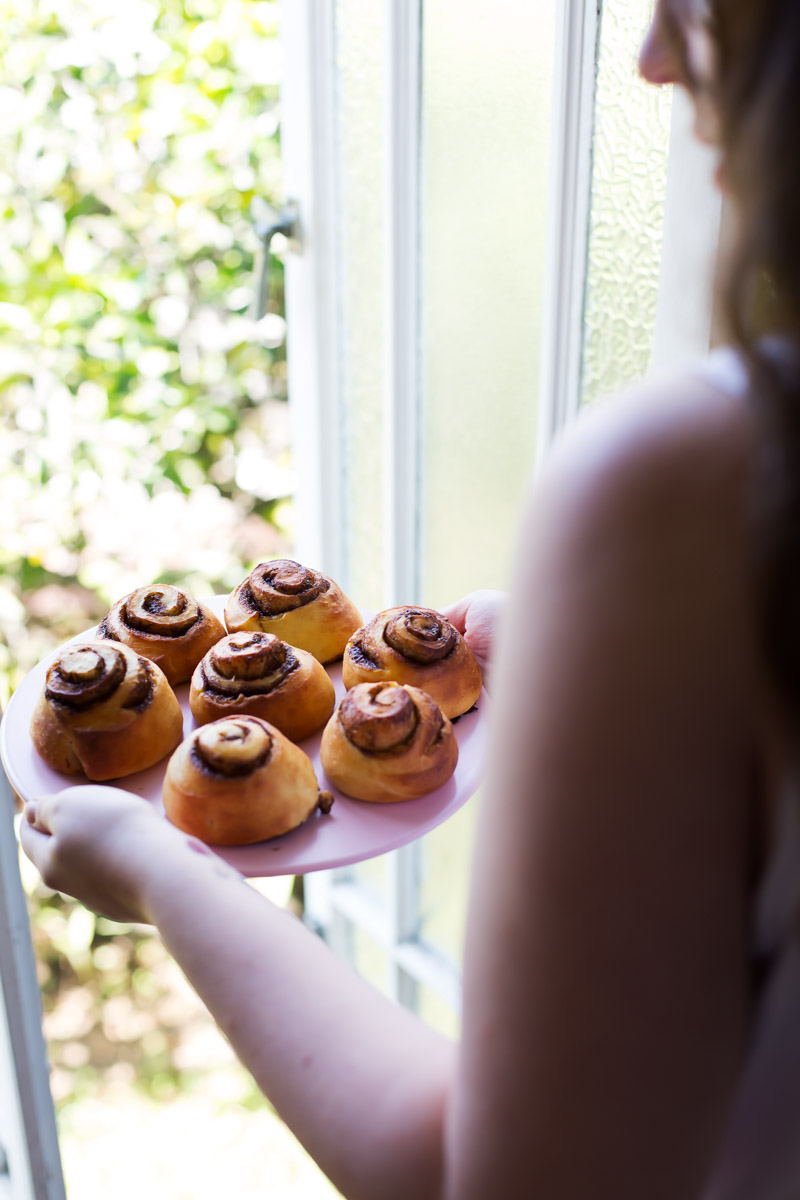 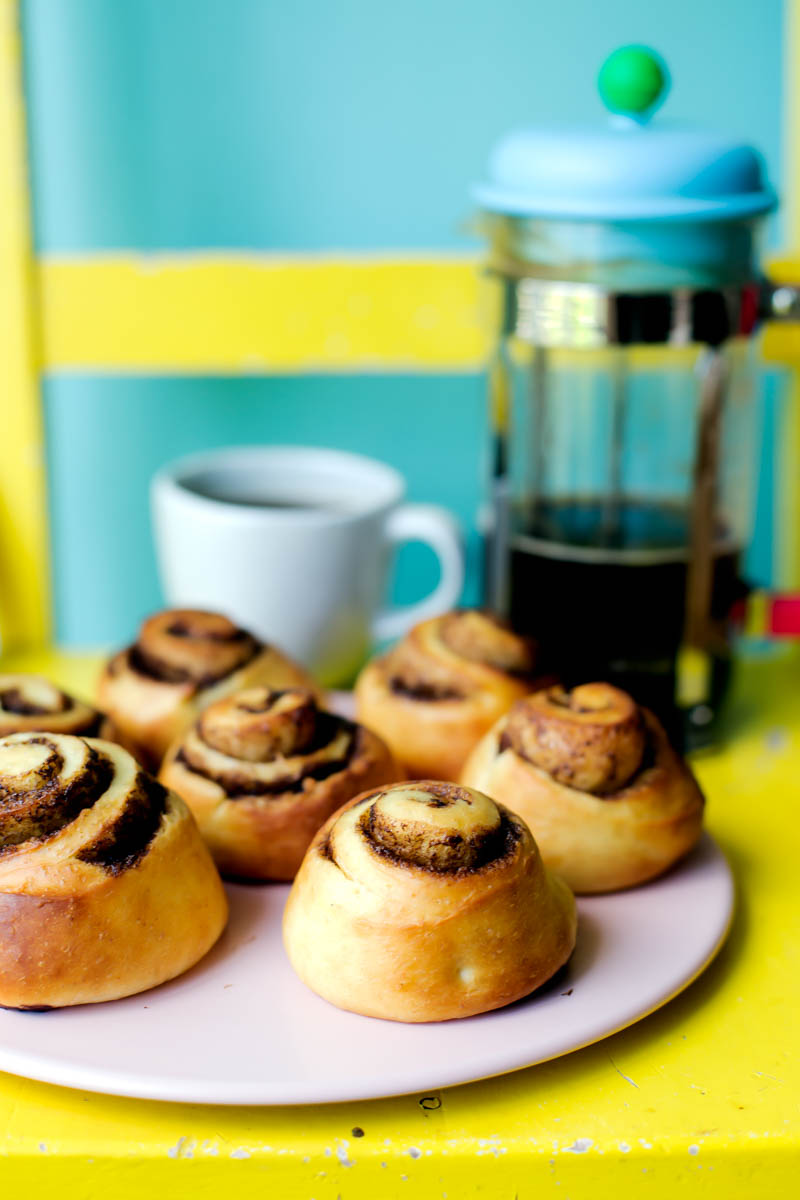 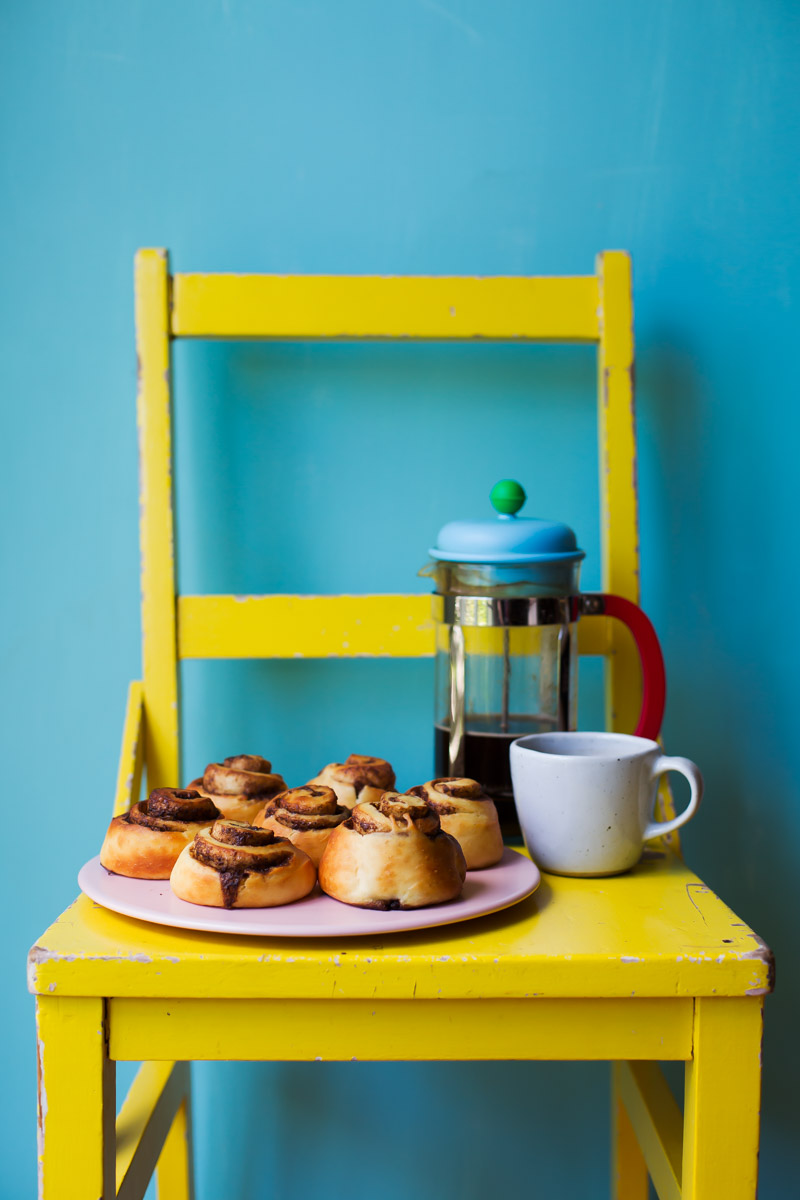 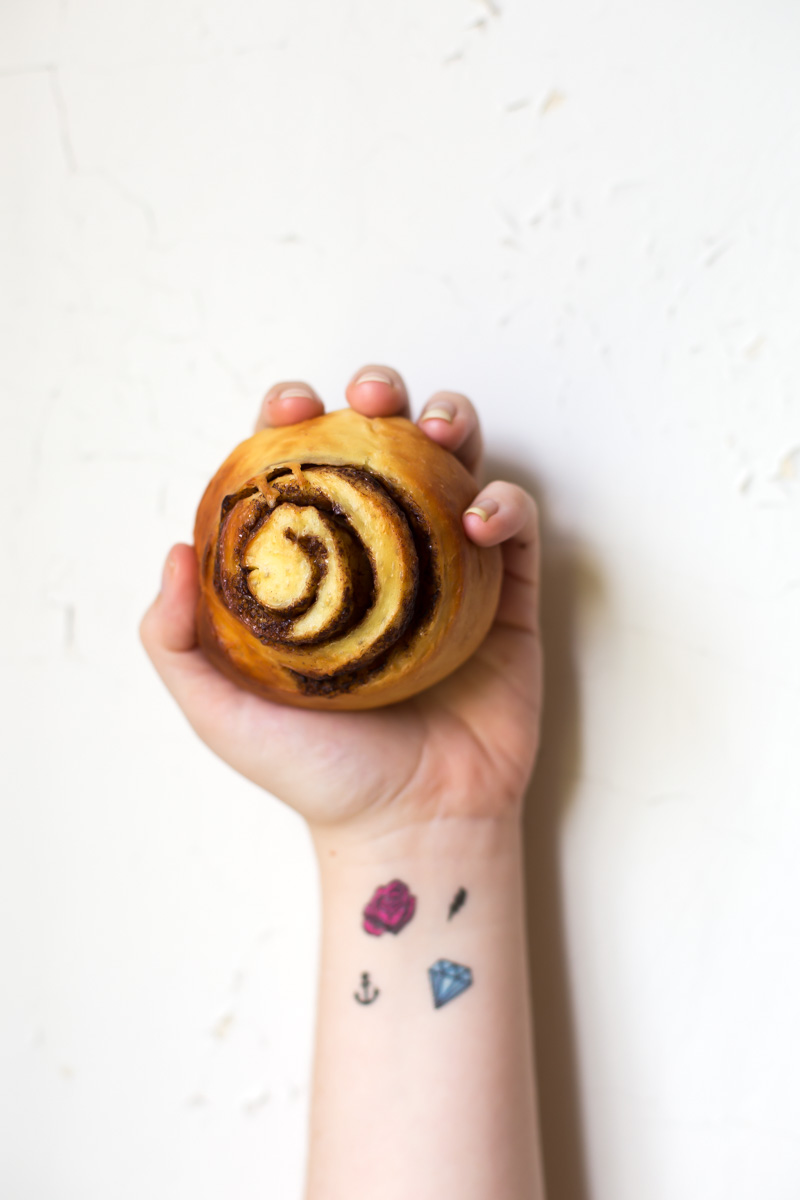 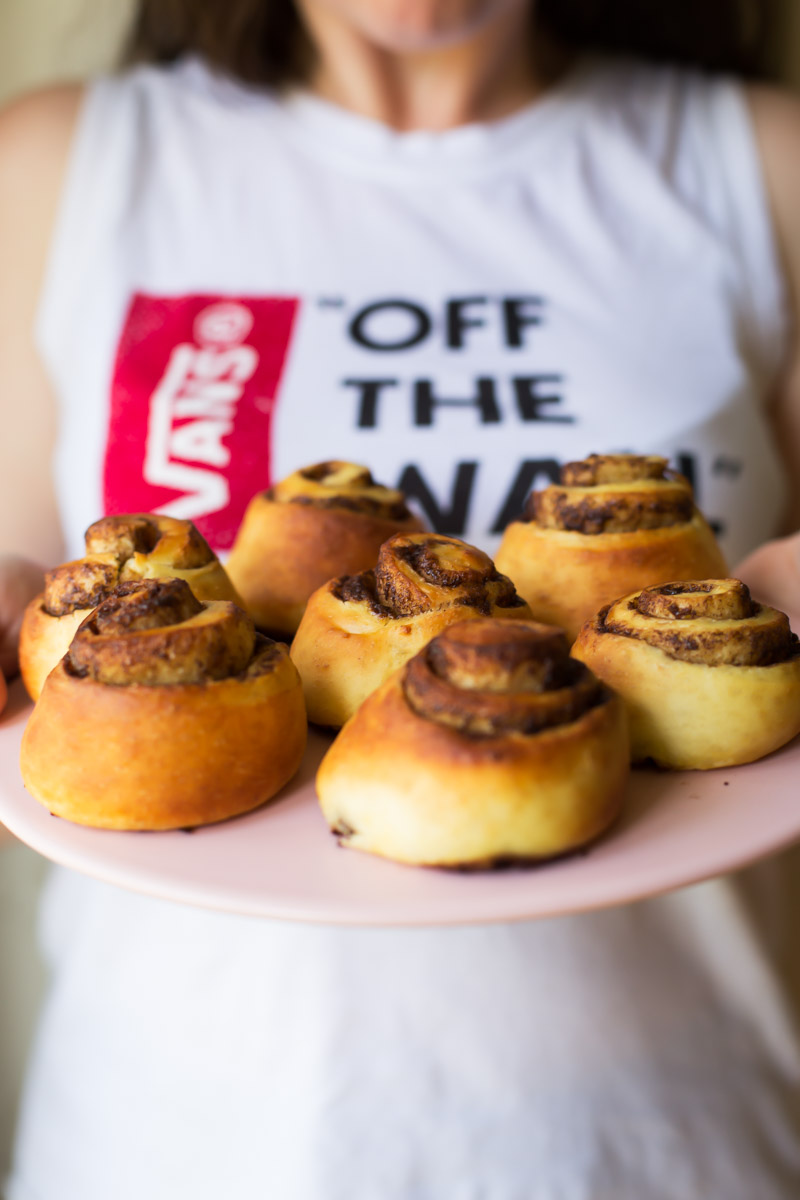 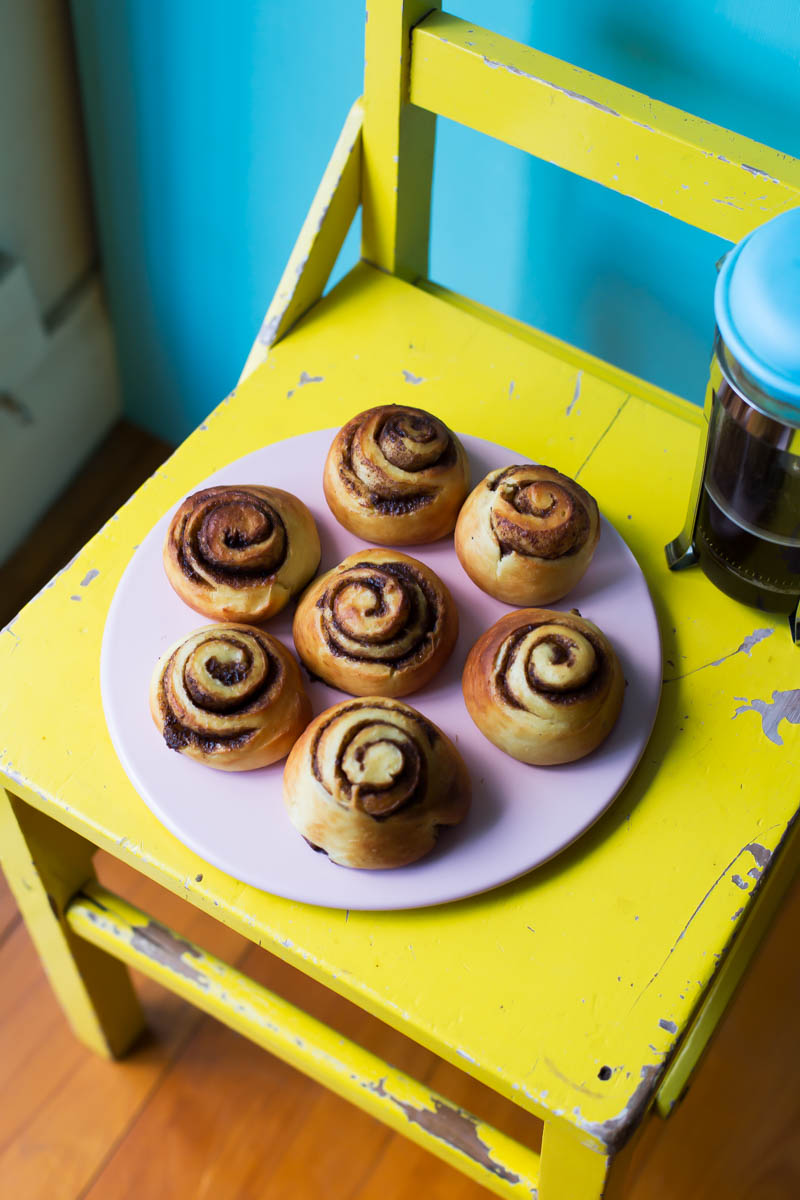 Better than IKEA Cinnamon Buns
Print
Author: Sarah Coates
Serves: 16 buns
Ingredients
For the tang zhong:
For the dough:
For the filling:
Instructions
3.5.3208