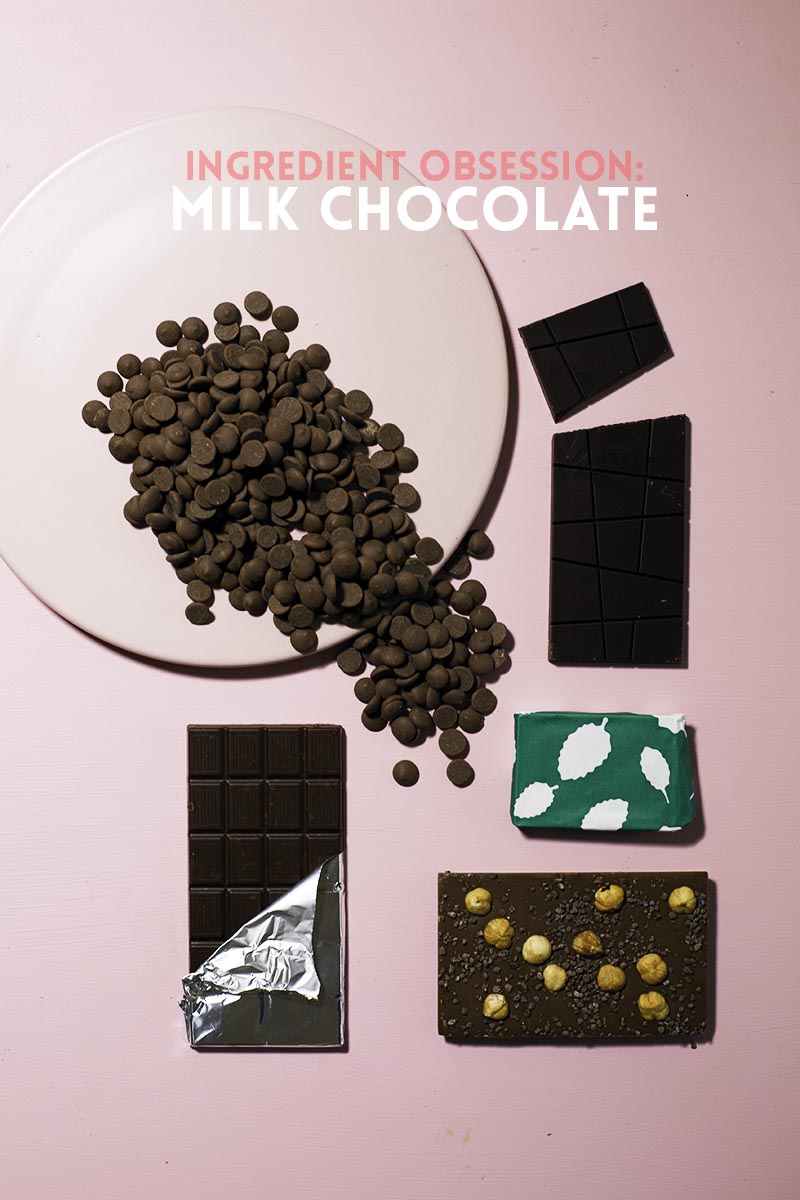 Talk about unfairly discriminated against foods. No member of the culinary family, particularly in the baking world, cops as much excoriation as Milk Chocolate. Humble Milk Chocolate! The beloved friend to all of us, whilst we were under 12. How could we have turned on it so dramatically? In culinary circles, it’s barely even considered when creating a dessert or baked good. No, we go straight to the dark chocolate, 70% cocoa solids or more, BEST QUALITY PLEASE! We skip and deride dark chocolate’s milky younger brother with utter contempt. Shame on us.

The irony is that with milk chocolate, we are simply repeating the same mistake we so often make in human society. Refusing to view things and people based on their merits, and not in comparison to others. Because milk chocolate is freaking great. If dark chocolate is the Christian Bale of the acting world; versatile, complex and dark, unarguably talented, then milk chocolate is surely the Chris Pratt; fun, easy-going, not particularly complicated but still interesting, and you’re always happy to see him.

Dark Chocolate Christian Bale is great, but sometimes it’s just too much. Psycho is a fantastic movie, but I don’t necessarily want to assault myself with that after a long working week. And remember when Christian Bale got caught on tape being kind of a douche? Well, dark chocolate does it too. It overpowers other flavours, thinks it deserves more of the spotlight than it really does. Like when you bite into a dark chocolate lava cake and it’s delicious, but then two bites later and you’re so done that you never want to see it again? Your taste buds have been assaulted by that powerful richness and you need a break/glass of milk? Dark chocolate’s not all it’s cracked up to be, huh?

Milk chocolate, on the other hand, is super chill. It’s the Guardians of the Galaxy of movies – exciting, but also not too challenging, and very satisfying. And it’s not all that soapy, barely flavoured crap that the big brands make. You can, thanks to the excellent artisan chocolate industry we have now, find some really high quality milk chocolate pretty easily. The thing is with milk chocolate (and with dark chocolate more and more), the cocoa percentage on the packaging is not such a huge indicator of quality. I would still say to look for milk chocolate with a cocoa percentage of at least 30%, but there is a major difference between the artisan milk chocs and the mass produced varieties. Although having said that, Green and Black’s version is excellent.

And then, of course, there are the times when even the more sophisticated milk chocolates are too much. The times when committing to the full 2 hours of even a light-hearted action comedy movie is still too much of an ask for your beleaguered brain, and the idea of a bite of 85% cocoa truffle makes your mouth dry up. These are the times to delve into that secret corner of your freezer, slam on an Andy Dwyer-heavy episode of Parks and Rec, and just go to town eating frozen mini candy bars (a Nigella tip). Because life is for living, and sometimes light, uncomplicated, easy to like consumables are just what you want.

Now, let me hear it, Milk Chocolate, do you love it or hate it?