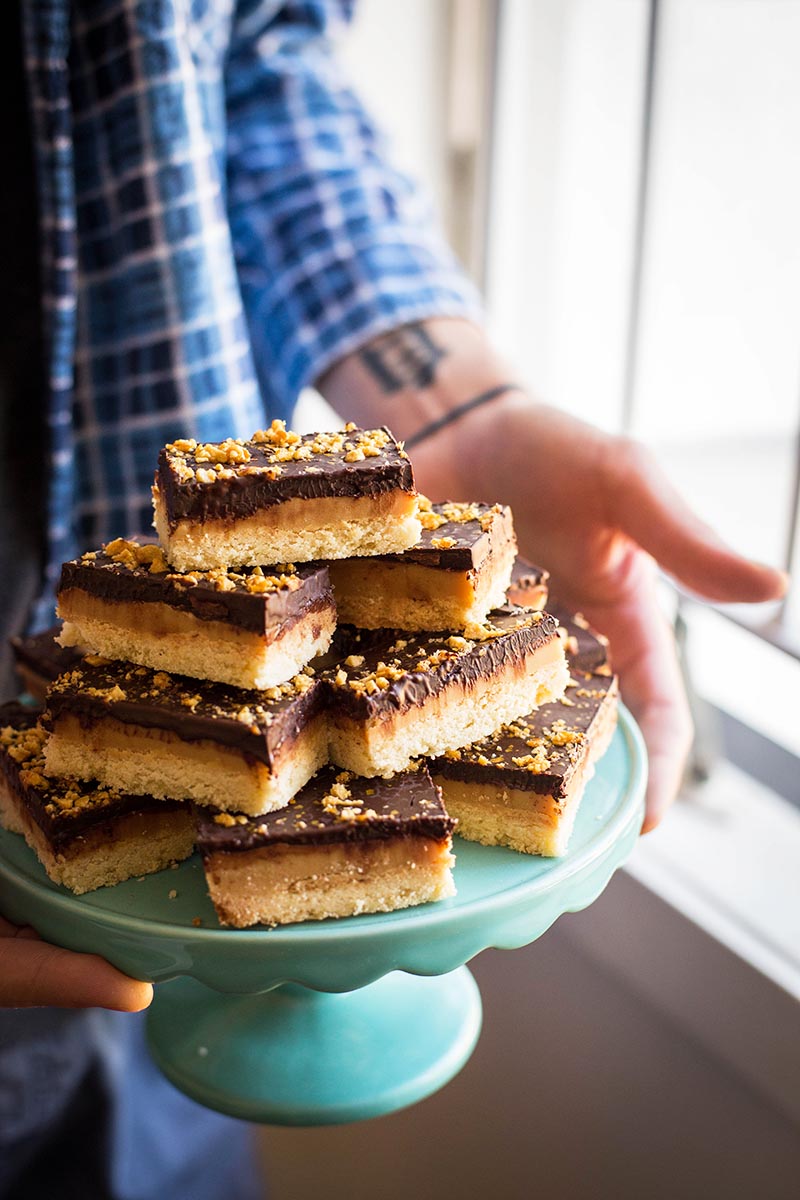 Have you ever heard of a Hot Bread Shop? That’s what bakeries were called all over Australia (or at least Brisbane) when I was a kid. No other signage. No fancy names always ending in ‘& Co.’, just a big, probably hand-painted sign in a glass window that said ‘Hot Bread Shop’. Was the bread always hot? No, but they baked every day, so in the morning it was often warm. And when I say bread, I don’t mean the lovingly crafted, long-fermented, slow risen sourdoughs or ryes or even pumpernickels that we get now. No, it was cotton-candy textured white bread, with a crispy crust, and a fluffy interior which was so easily destroyed by too-cold butter. The bread came in lots of shapes, but was all essentially the same dough, formed into rolls with seeds, or dutch crunch (aka Tiger bread) loaves, or whatever. 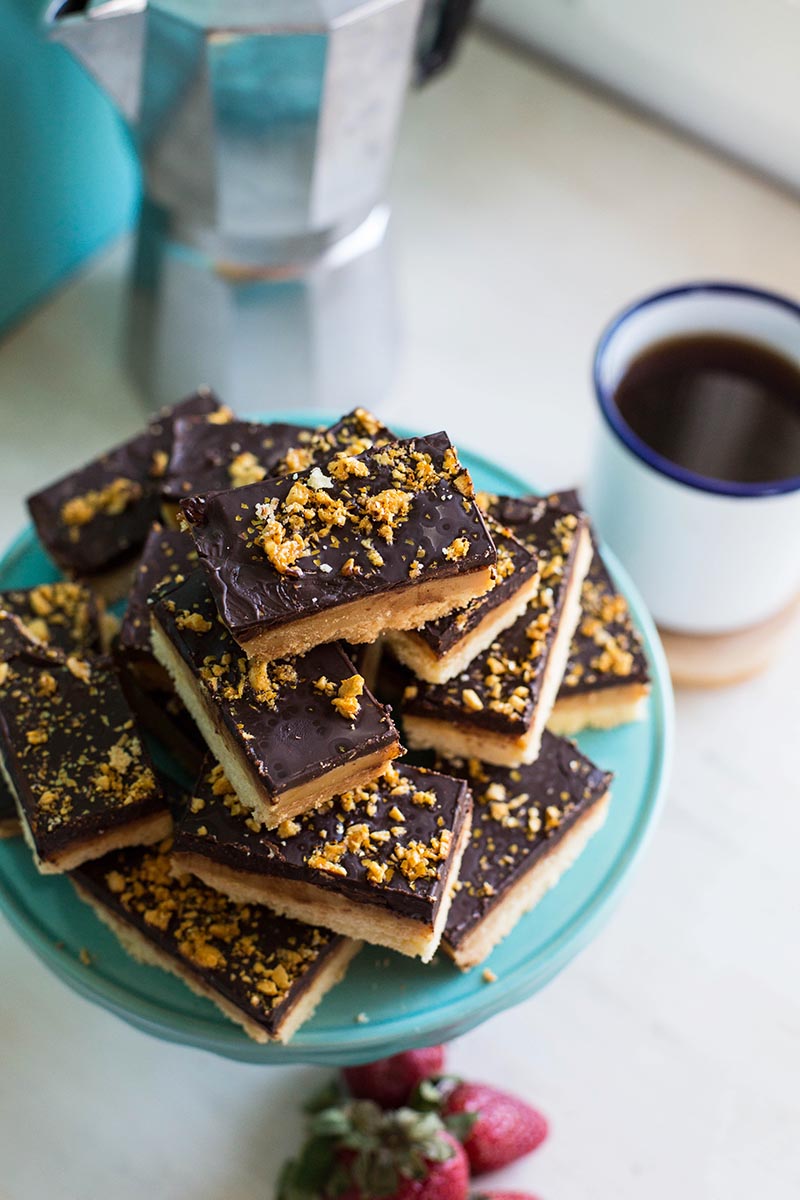 It’s a lot harder to find a Hot Bread Shop around where I live now, but they’re definitely still out there, with plenty of people dropping in for a loaf of sliced white, a bottle of milk and a paper. And that’s often what I was accompanying my mum or dad to pop in for as well. But I have to tell you, when I was in the Hot Bread Shop, my eyes were never ever on the bread. They were fixed firmly on the refrigerated cabinets. They cabinets had to be refrigerated, because Hot Bread Shops are never air conditioned, and in Brisbane it gets really freaking hot. So, as soon as I was done pressing my over-hot kiddie face and hands onto that cool glass, I got to staring at the treats.

Oh the old-fashioned treats of the Hot Bread Shop. Ten points for however many of these are recognisable to you: neenish tarts, caramel tarts, peppermint slice, lamingtons, mock-cream buns, long johns, finger buns, jam tarts, custard tarts, and scones. But what we’re really here today to discuss is the caramel slice. Now, if you’re from the USA, you would probably call these a caramel bar, and if you’re from the UK you’ll know these as Millionaire’s Shortbread, but Down Under, with the same linguistic flair that went into naming the Hot Bread Shop, we call it Caramel Slice. 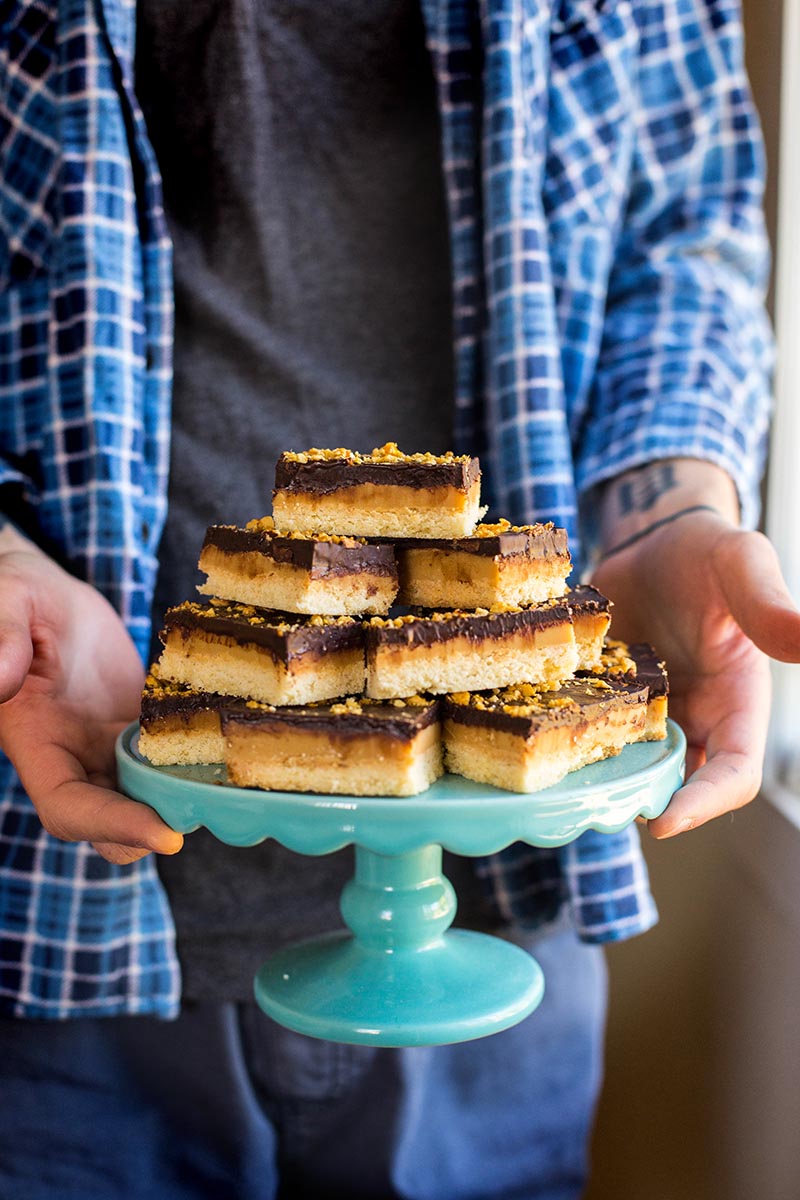 The key components are a buttery shortbread base, a thick caramel filling, and a crisp layer of chocolate on top. Sadly, all too often the Hot Bread Shop version fell short, with an underbaked, claggy shortbread, cloyingly sweet, grainy caramel and waxy chocolate topping. My version? It’s killer. The base is crumbly, buttery, and toasty. The filling is thick, salted and I jammed in a little peanut butter because why the hell not. And the topping is pure dark chocolate, no need to screw around. I know you don’t need me to tell you that a crunchy biscuit, some caramel, and chocolate go well together, but this slice is really freaking delicious.

What I like most about it, is that this is essentially quite a fancy dessert. Imagine this baked in a fluted tart shell with a scoop of some fancy gelato on the side and you see what I mean. But by sheer dint of changing the shape, it somehow becomes acceptable to eat a slice of this in the middle of the day. That is the magic of caramel slice, the magic of this beautiful recipe, and the magic of the Hot Bread Shop.
Please someone tell me I didn’t imagine Hot Bread Shops, because my boyfriend has no memory of them. Did you have one in your hood? Is it still there now? Were you as obsessed with the cabinet as I was?

Peanut Butter Honeycomb Millionaire's Shortbread!
Print
Author: Sarah Coates
Serves: 16 pieces
Ingredients
For the base:
For the filling:
For the topping:
Instructions
3.5.3208