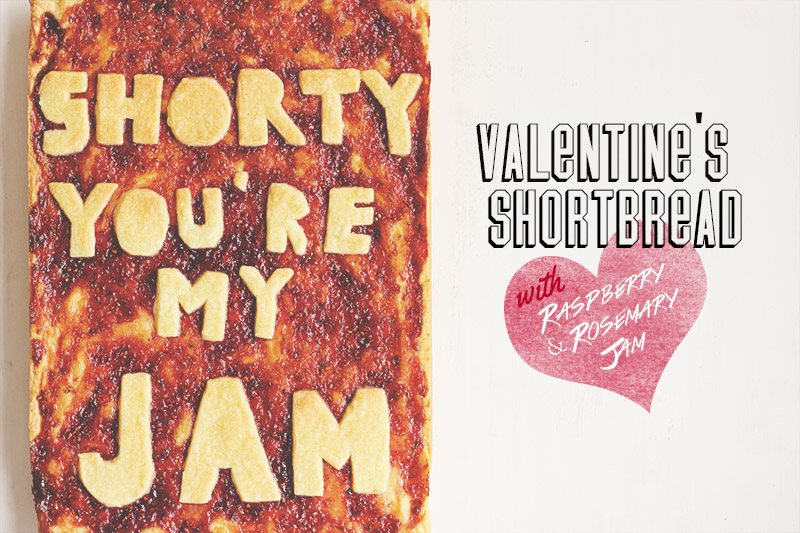 Because it’s made of SHORTBREAD and JAM! GEDDIT!?!?!?!

If being alive for 23 years has taught me anything, it’s that Valentine’s Day is a time for being a total goofball, spending zero to no money, WAAAAY overusing puns, and just having a good old laugh with whoever you’re with.

Which is why I created this shortbread message, which I feel is relevant, whether you’re celebrating a Valentine’s, a Galentine‘s, or a Palentine’s. 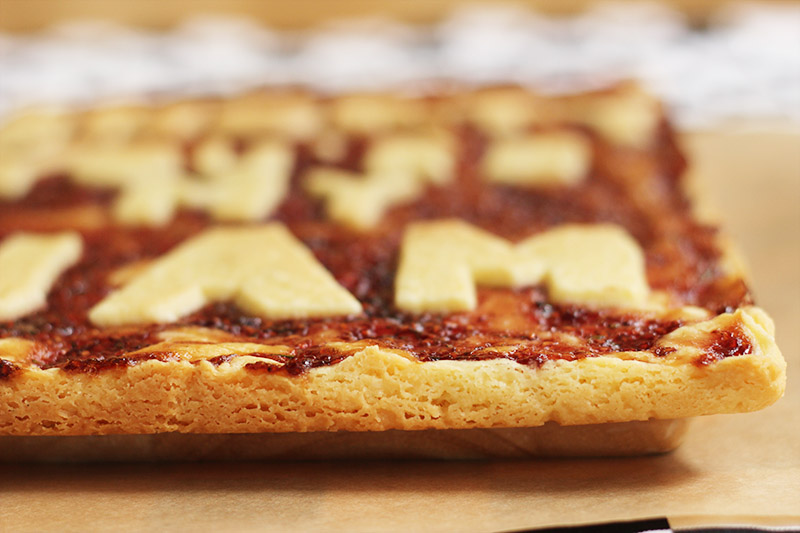 It has a crisp foundation layer of vanilla-scented shortbread, topped with a layer of raspberry jam perked up with some chopped fresh rosemary and a lil’ lemon zest. And then, of course, I topped it with the most ridiculous, pun-tacular message I could think of! PUNS!

That rosemary jam is a total winner. I was almost going to title it “love jam” but then I misappropriated Coco Chanel’s advice and took one thing away before I hit publish. I think it was the right decision. 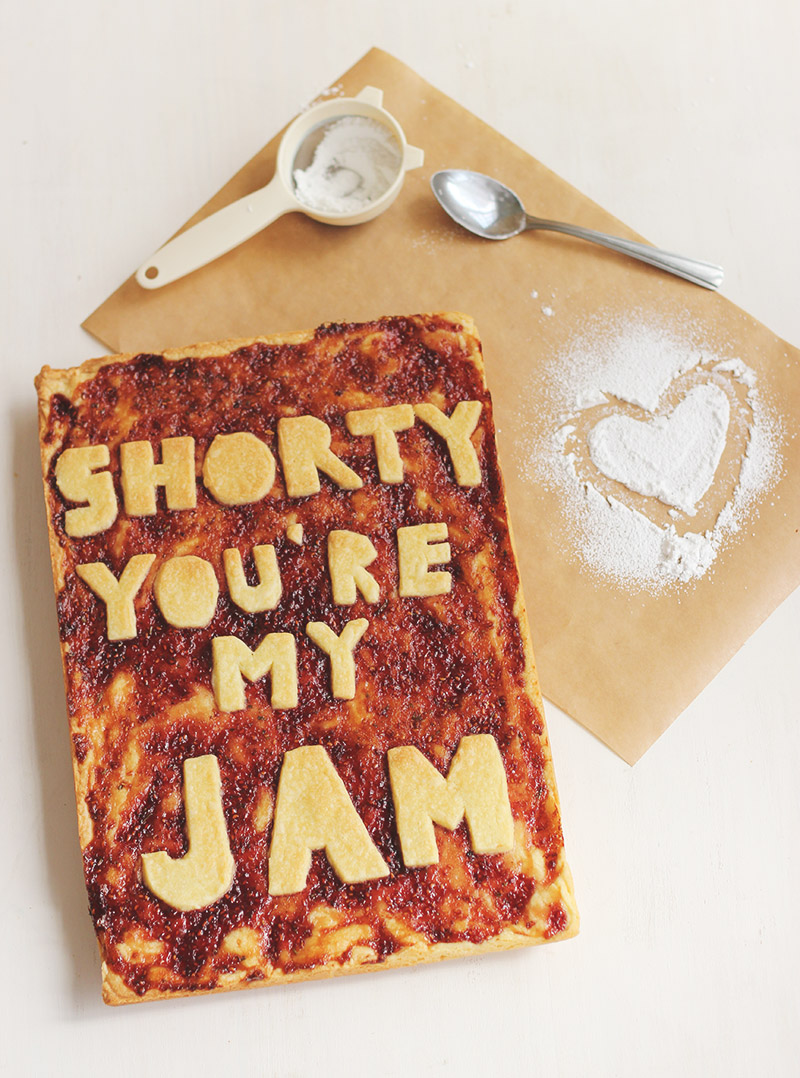 The cool thing about this dough is that it’s super-forgiving, so you can cut and re-roll and re-cut and do what you will to it! Which is super handy, because I free-handed those letters, and screwed it up many a time.

I recommend finding a font you like, typing out your message, and then using that as a guide to cut out your letters. Heck you could even make a stencil! You’d be way more organised than me. 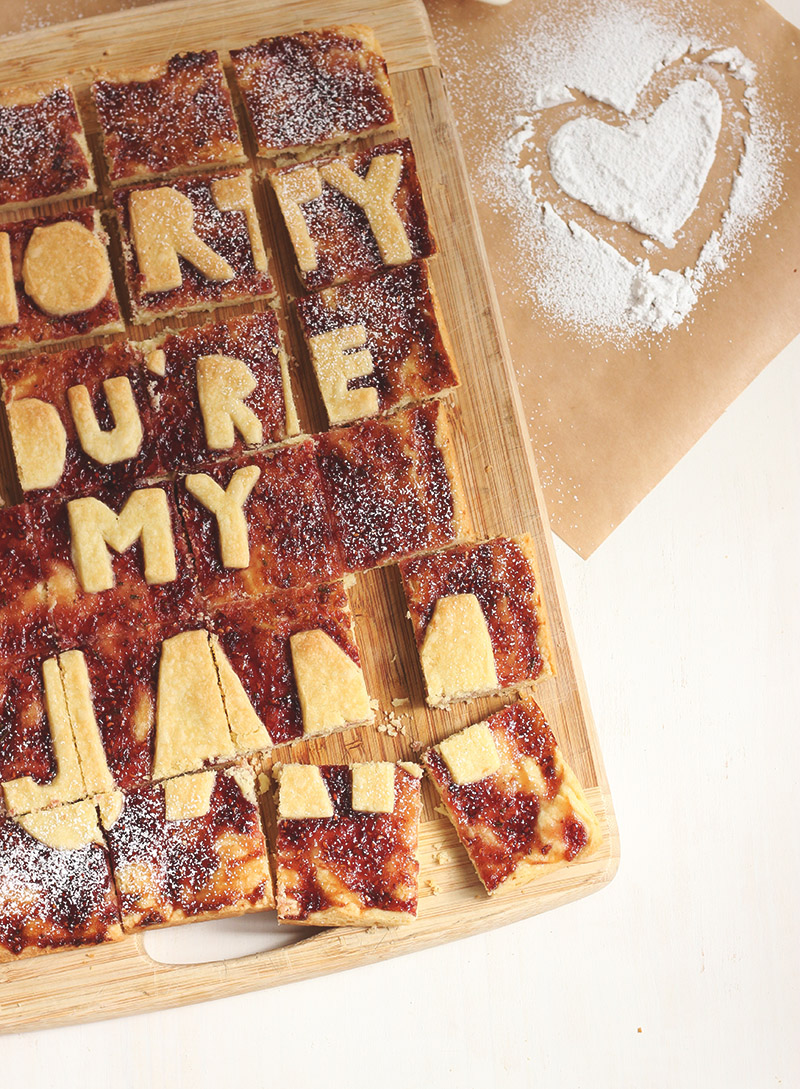 What’s your policy on Valentine’s Day? Do you revel in it, throw pink confetti all day even at strangers, and wear a pink suit made of balloons? Or are you more of the ‘wear black and ignore it’ type? Or the ‘take the puns, cookies and chocolates and leave the rest’ kind?

Honestly, I have been known to cycle through all three phases. What’s your jam? (<—–see what I did there?) 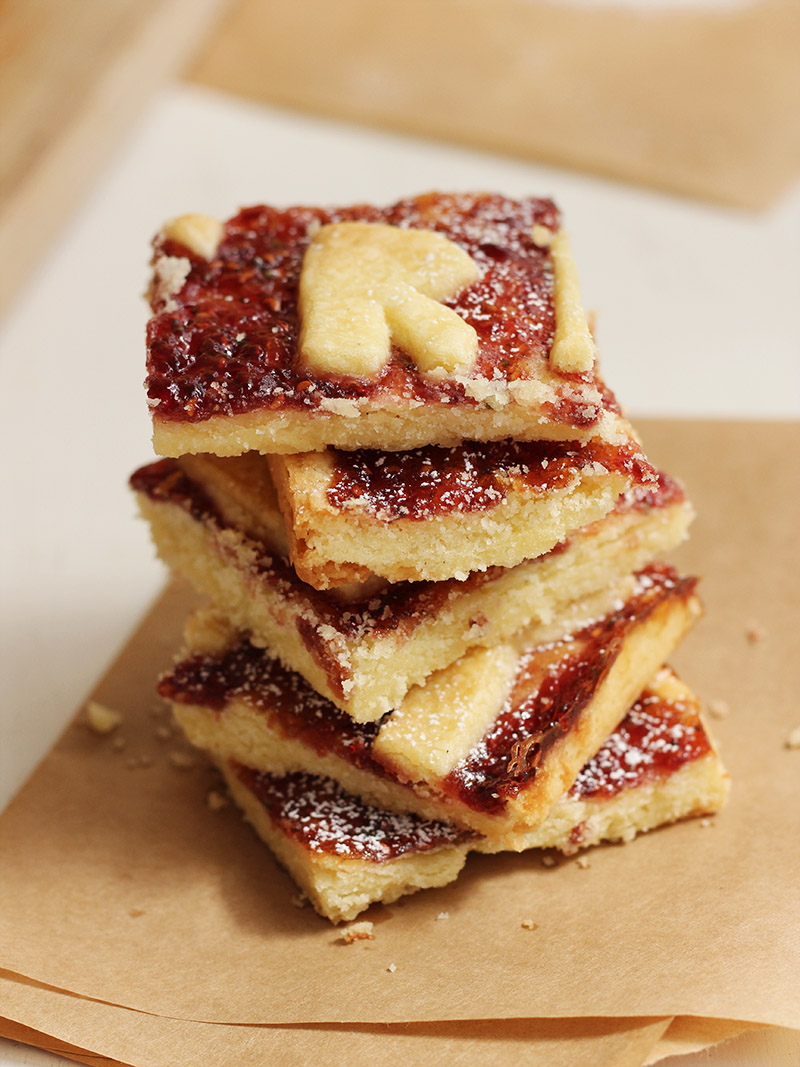