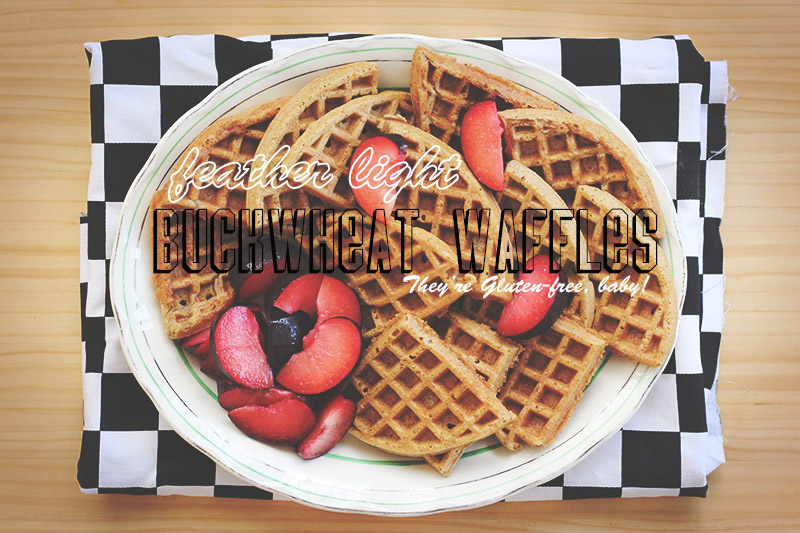 I believe it was Leslie Knope who said,

“We have to remember what’s important in life: Friends, Waffles, Work. Or Waffles, Friends, Work. Doesn’t matter, but work is third.” 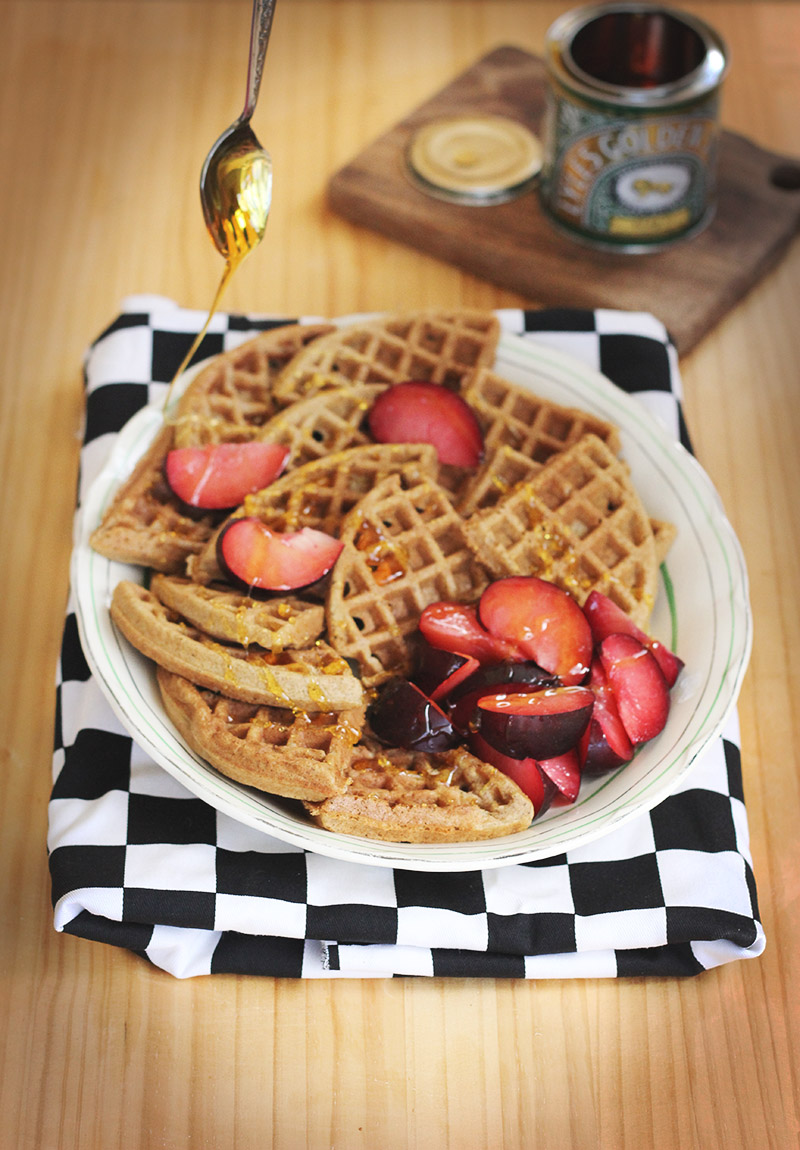 So I made these waffles. They are buckwheat waffles, and I love them. I wish I had made a salted caramel sauce to go with them, but I already did that here (IGNORE THE PHOTOS). And they’re gluten-free! There’s no reason why our gluten-intolerant brothers and sisters should have to miss out on all this syrup catching goodness! 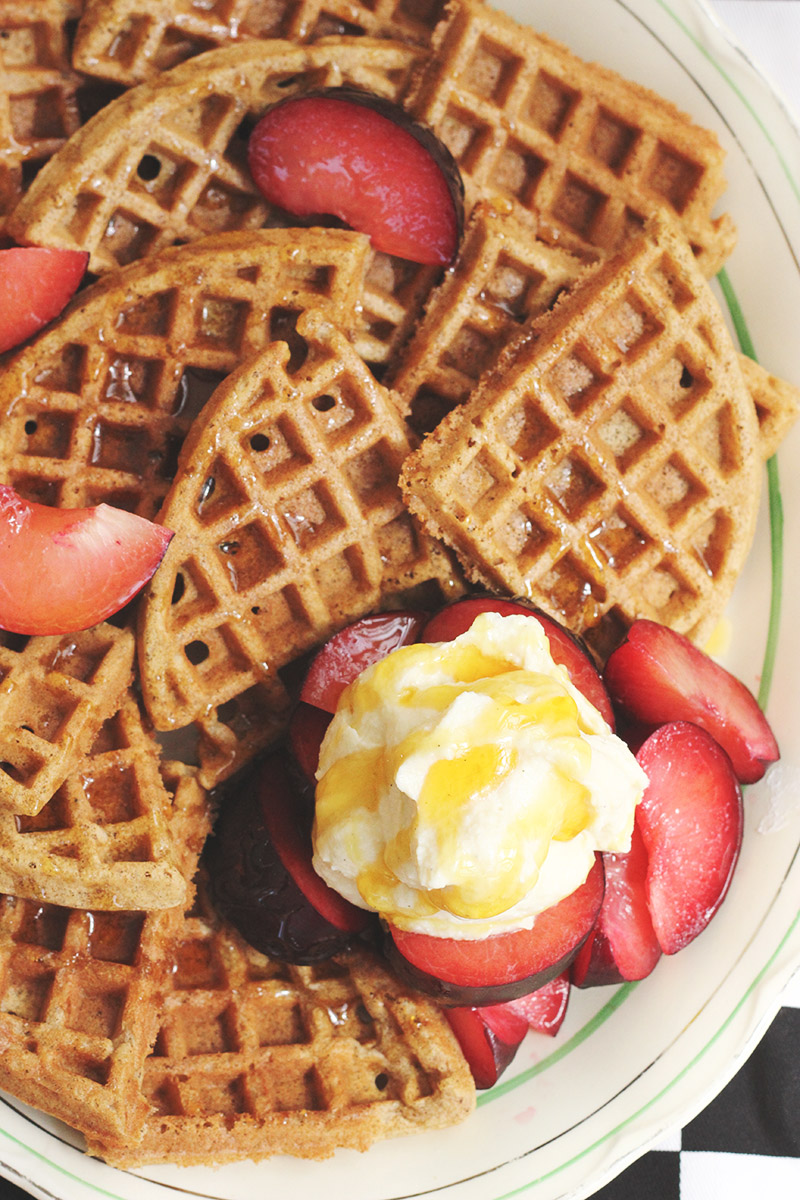 These waffles are a million miles away from the leaden buckwheat pancakes that I remember eating when my Dad and sister were diagnosed with coeliac’s disease. They tasted like puddles of grassy paste. Not cool.

As with a lot of gluten-free things, I think it’s often a battle to keep things LIGHT. So much gluten free baking ends up too dense, too heavy. Which is why these babies are feather-light. Honestly, watch out for them, they might float away. 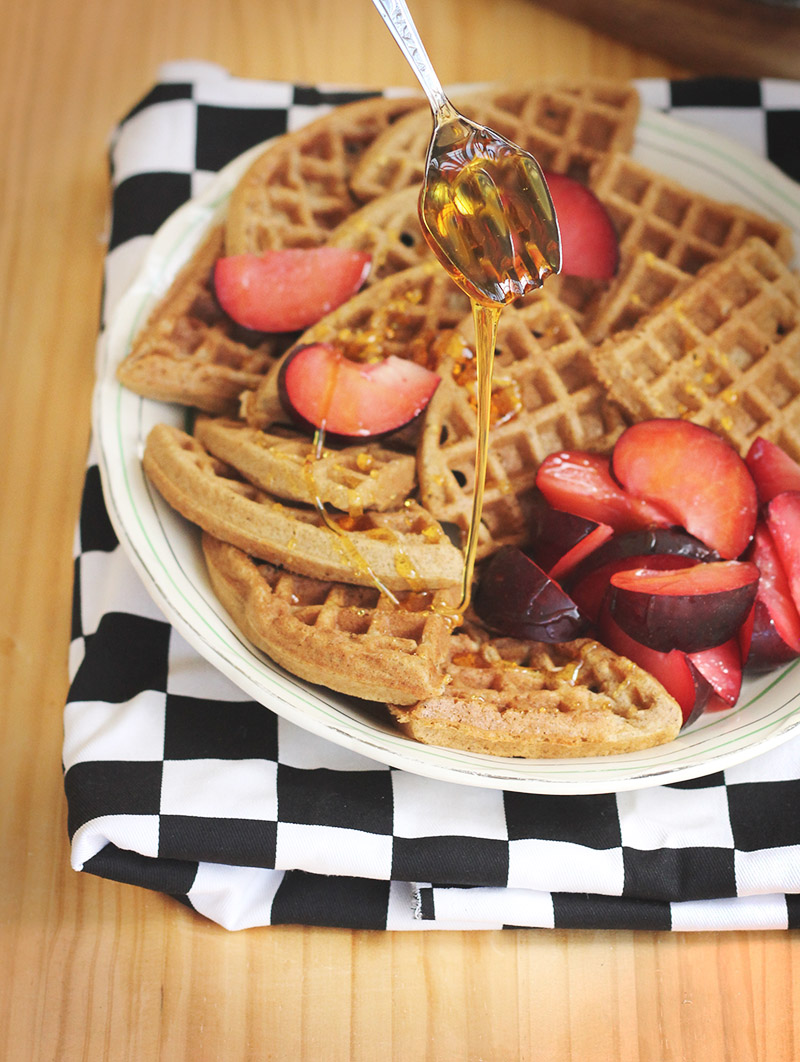 I served these with fresh sliced plums, a slick of golden syrup and a splodge of greek yoghurt. They brought a lot of joy to my heart. I love the soothing repition of making waffles, and the way that you have to just. be. patient. There’s no way to speed up the waffle making process. You just have to stand around in your kitchen intermittently reading Around the World in 80 Days, and making waffles.

So would you like to see more G/Free recipes on here? Or just more BUTTERRRRR? Either way, I’d love to hear from you! 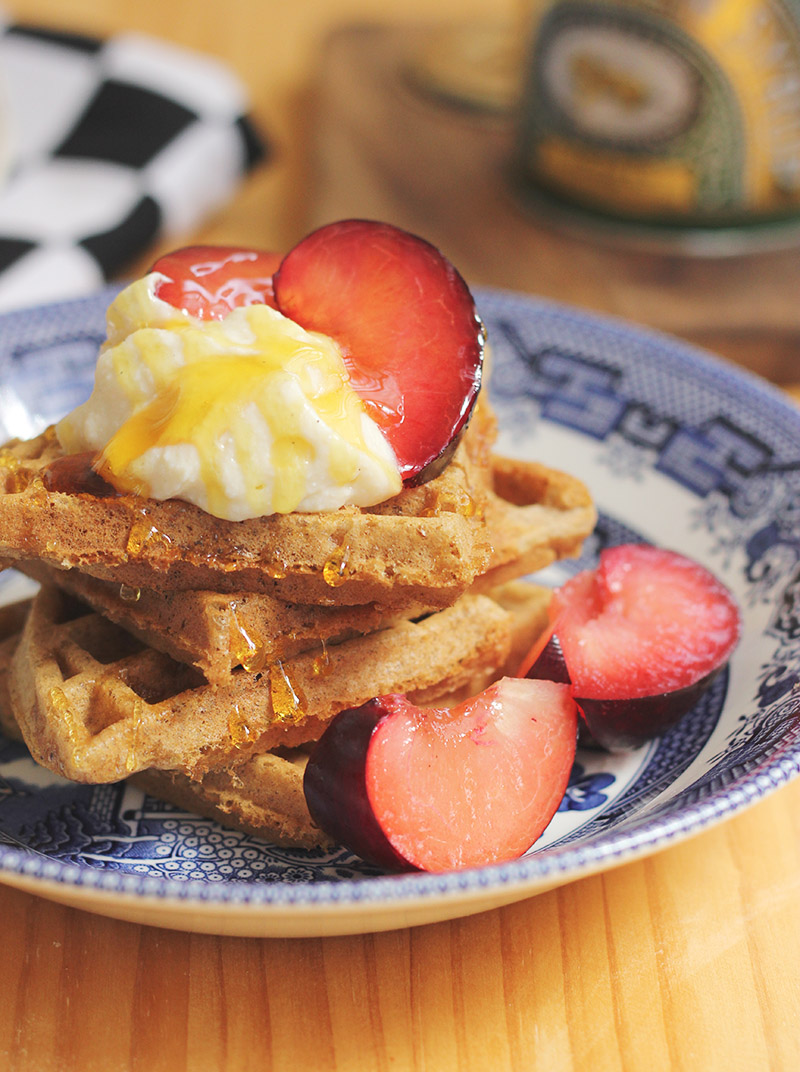