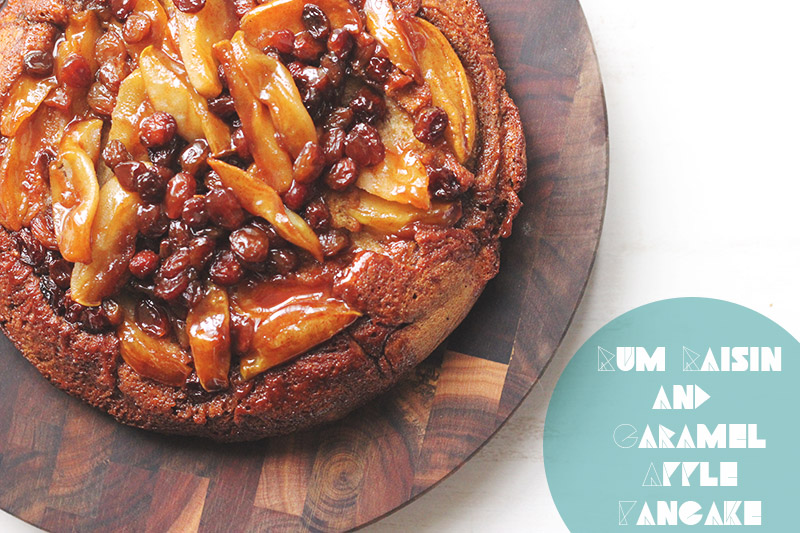 Summer’s coming to a close here in Australia, you guys! And I have to say, I am not personally going to miss it that much.

I don’t do so great in the heat. When it’s so hot that you can barely move, and the humidity makes you feel like you’re in a sauna, and you have to have a shower every 30 minutes to keep from stinking, it’s not my favourite time of the year. If I was on holiday, I might love it, but when you work from home, a picnic it ain’t. 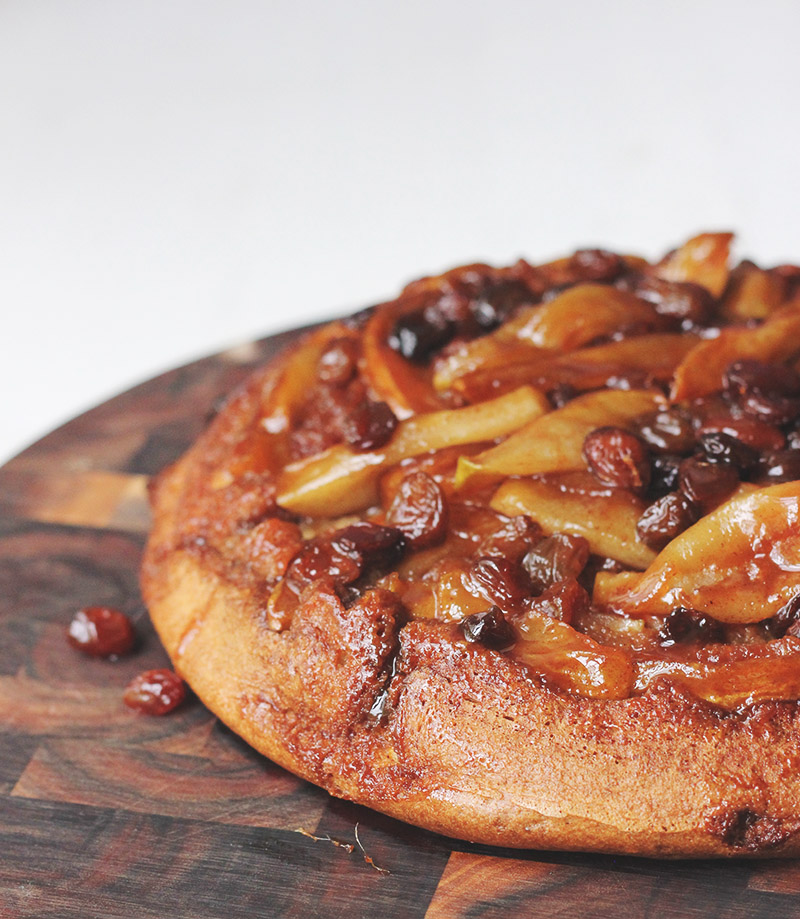 Winter where I live is actually heaven. It’s sunny days, and cold crisp air, and light scarves and coats. It never gets really cold here, just cold enough to make a nice hearty meal and a hot chocolate feel enticing.

Plus, I am so much more a fan of cold weather food, than hot. Watermelon and barbecues are great, but give me a braised beef cheek and an apple pie any day, baby. 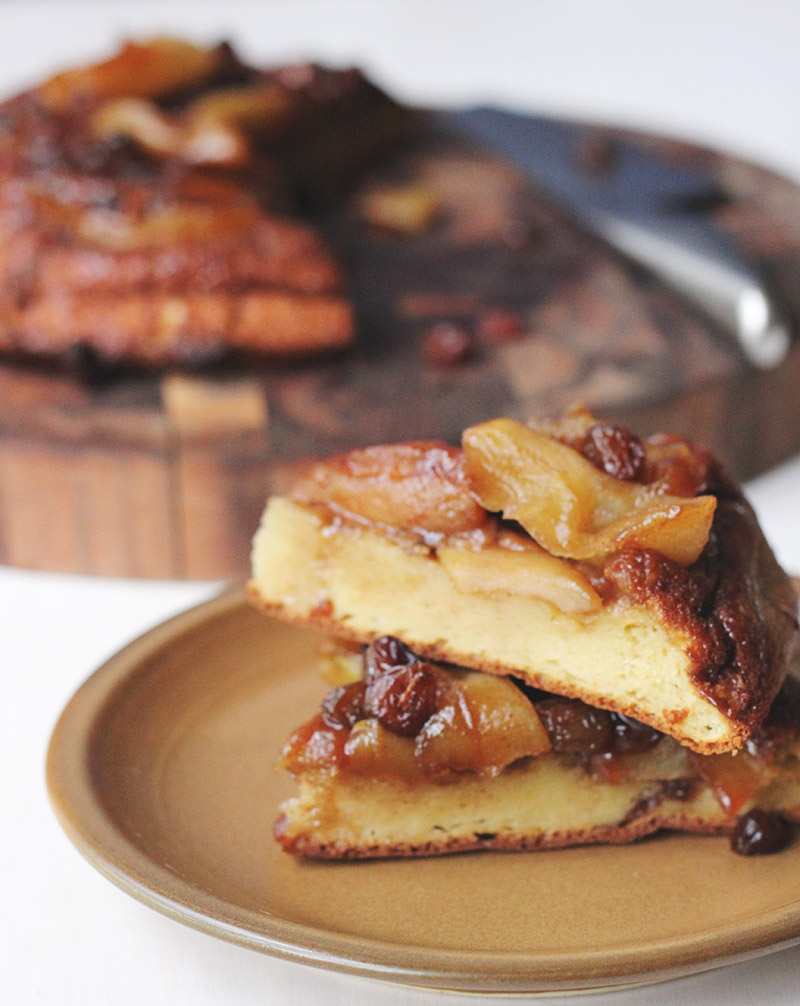 So consider this recipe my change of seasons raindance. I figure if I just start cooking as though it’s Autumn now, then the weather will be tricked into cooperating?

Even if it doesn’t I’ll end up with a giant apple pancake, so you know, not much of a loss. 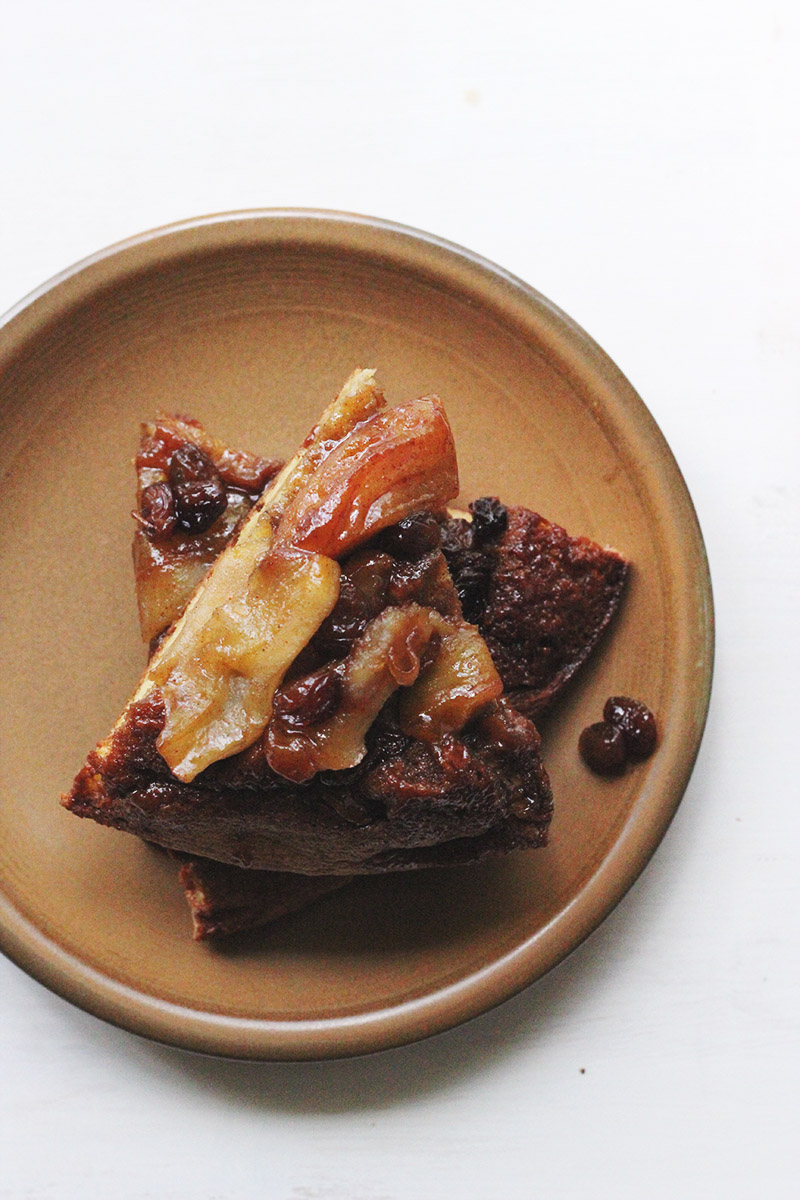 And what a pancake! A buttery mess of cinnamon dusted apples sauteed with brown sugar, along with a handful of rum-soaked raisins? Yes please. Puffy, custardy pancake, cooked straight on top of said caramelised apples? Hmmm, yes!

And best of all, no awkward plate flipping, or pan watching required, because you just chuck the whole thing in the oven for 15 minutes? DING DING DING! We have a winner. 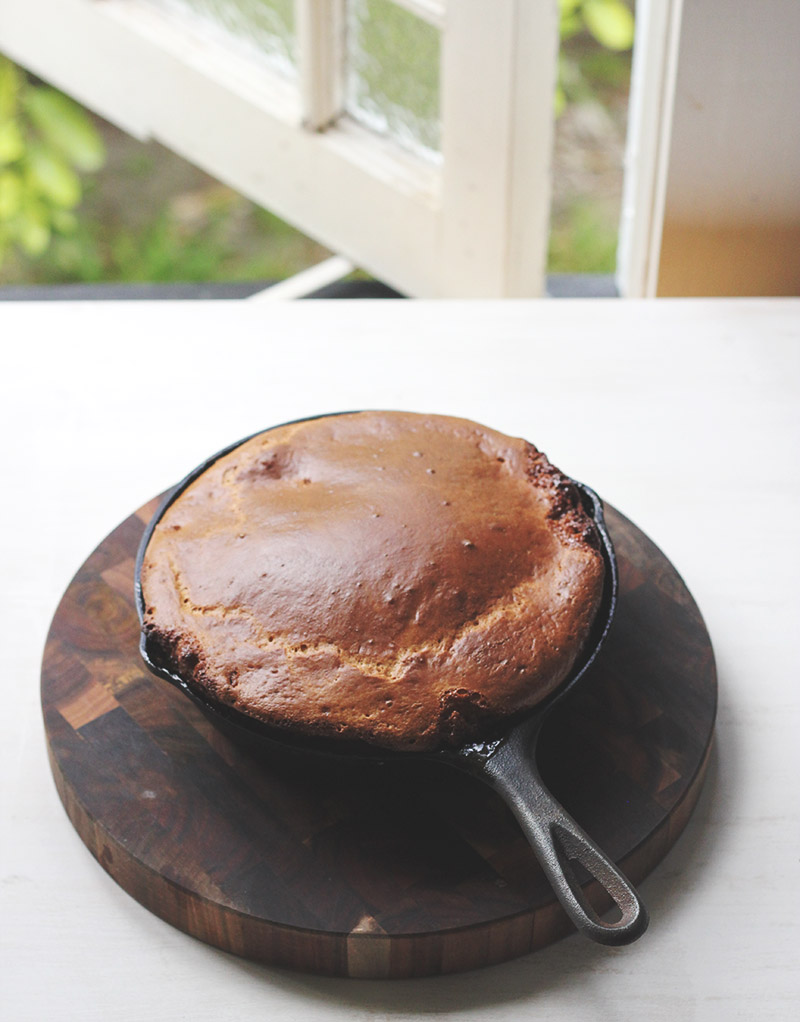 Meanwhile, I was dog-sitting while I took these pictures. Nothing, but nothing, will break your heart more than a forlorn little puppy sitting quietly and behaving perfectly, whilst clearly desperate for some of your apple pancake. LOOK AT HIS FACE! Excuse me while I google to see if dogs can eat cinnamon (just kidding! I gave him a liver treat).

So are you as psyched as I am for the seasons to change? 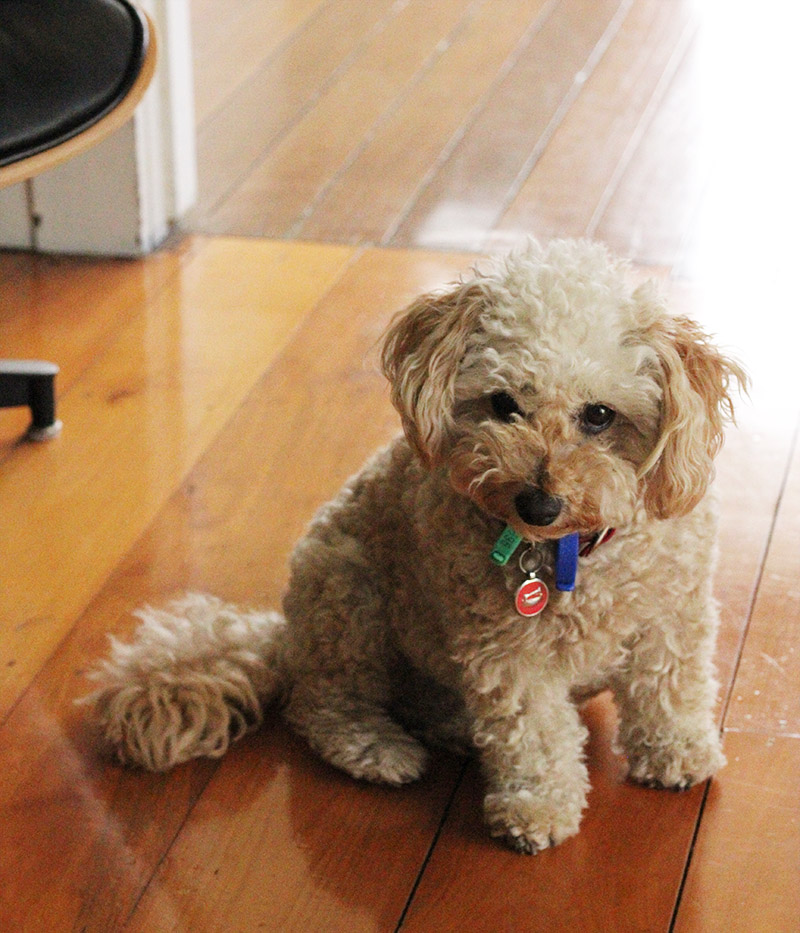