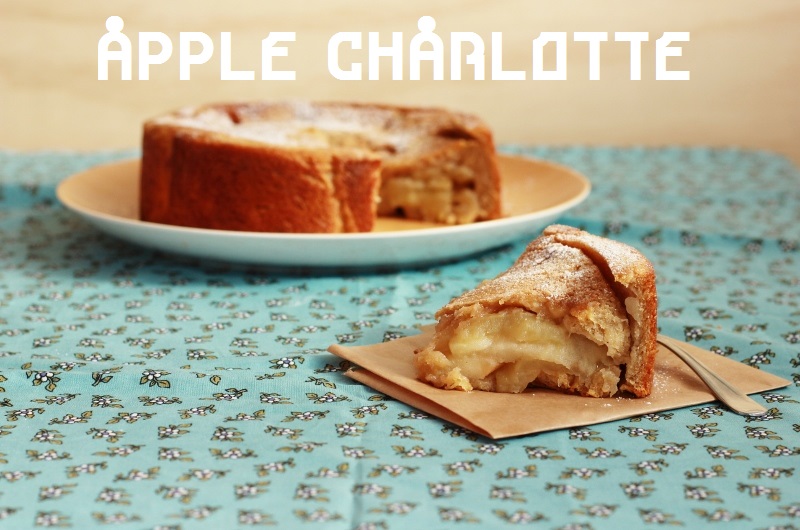 OK, so thangs are about to get funky. Or Fünke, depending on whether you love Arrested Development. For no real reason, other than whenever someone says funky, I hear fünke in my head.

We should prolly talk about this charlotte, no? Because if you are in the grand old US of A, then I bet that you are looking at this like, that ain’t no charlotte! The American/French version of the charlotte is a delightful concoction of sponge fingers and whipped cream. I dig that. I really really do. So then, why you ask, did I make this crispy cinnamon toast covered pile of buttery apples? 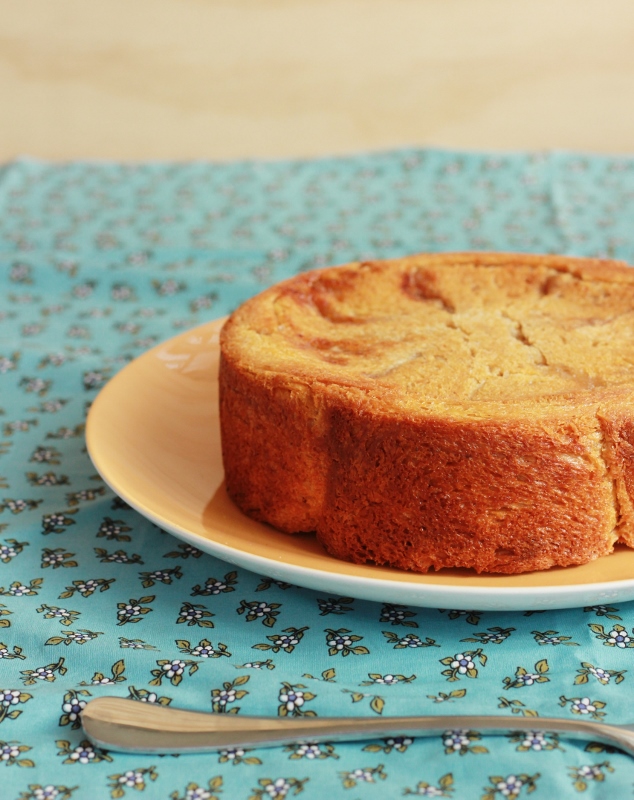 Because it’s a BUTTERY PILE OF APPLES COVERED IN CINNAMON TOAST!!! 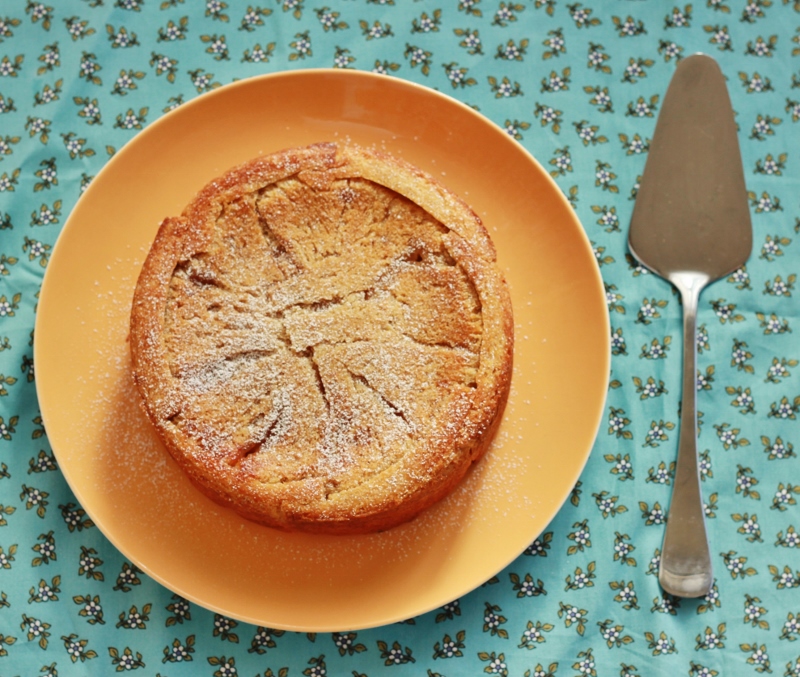 Really, what could be the more perfect dessert for the end of Winter? Or indeed (if you’re in the Northern Hemisphere) the beginning of Fall? This dessert is my last tribute to cold weather. It’s my way of saying goodbye cinnamon, goodbye buttery apples, goodbye wheaty bread.

Soon, I will be all about Spring. I’m gonna be like hello frozen yoghurt, hello ALL THE FRUITS, hello grilled everything. But, I’m not really in a hurry, if I’m honest. 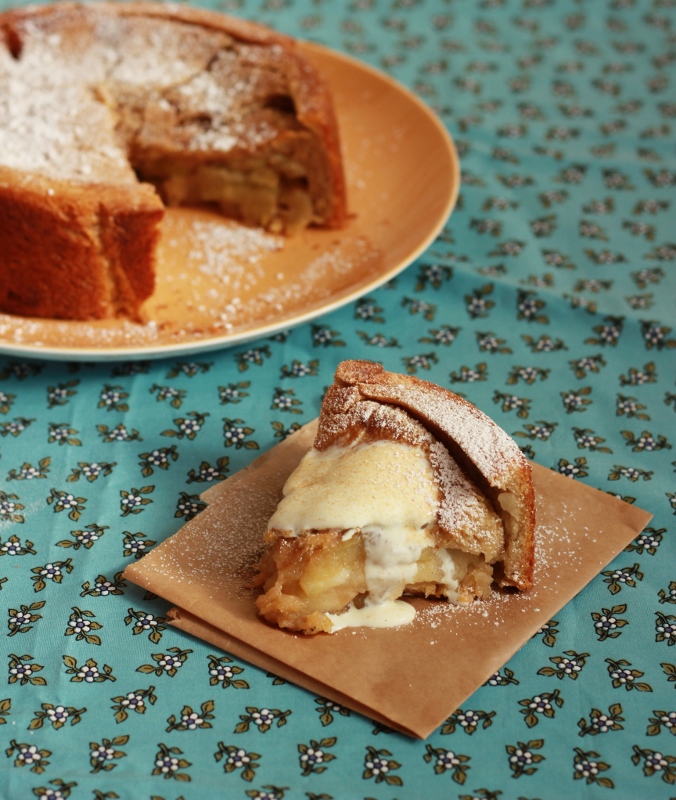 Because who would rush away from a world where it’s acceptable to line a cake tin with buttered brioche, dust it with cinnamon sugar and then saute up a bunch of apples and cinnamon before tumbling them in? Who would want to hurry away from busting through a wall of crunchy oven-crisped toast to get to the gooey apple filling within?

Not me, babe. And my birthday is in September. So, you know, I’ve got a solid two weeks of celebrating to look forward to in Spring. 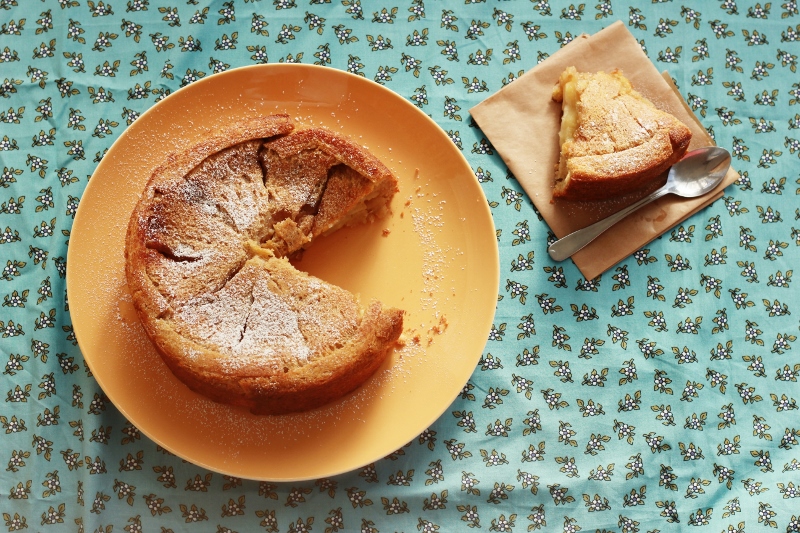 OK, so it’s not so bad. OK, so I’m totally looking forward to my annual birthdaypalooza. And OK, I might be ready for a trip to the beautiful Aussie beaches only a hop skip and a jump away.

But for now, while the nights are still chilly, I’m diving into this Cinnamon Apple Charlotte.

Preheat the oven to 200C (400F). Slice the brioche into 1cm slices, and remove the crusts, making sure to cut them away as finely as possible. Lay out the bread slices to dry out while you peel, core and thinly slice the apples. In a medium frying pan, place 50g (1/2 stick) of butter, half the sugar  and half the cinnamon, and melt them down. Once the butter is foaming, add the apples and saute them until they are tender but still holding their shape. Set aside to cool.

Grease and line an 18cm (7 in) springform cake tin (a slightly larger one would be fine). Using a pastry brush, coat both sides of each slice of brioche lightly with butter. Line the sides of the tin with bread slices, overlapping them and pressing firmly. Next, line the base of the tin with more brioche, again overlapping and pressing firmly. Mix together the remaining sugar and cinnamon and then sprinkle about 2 thirds of it into the tin. Pour in the apples, sprinkle over the remaining sugar, and then cover the top of the tin with the last of the buttered brioche. Place on an oven tray, cover with foil and bake for 20 minutes. Remove the foil and bake for a further 10 minutes. Remove from the oven, let cool for about 5 minutes, before un-springing the sides of the tin and inverting the charlotte onto a serving dish. Sprinkle thickly with icing sugar and serve!