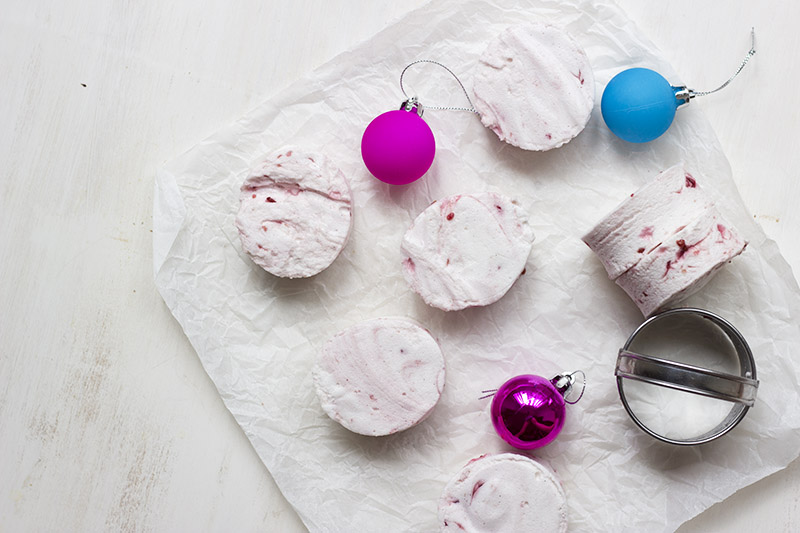 STRAWBERRY JAM MARSHMALLOWS YO. There’s something about these that just really makes my skirt fly up, as the pioneer woman would blog. Jam, for me, is such a nostalgic, comforting ingredient to use I just love anything that has ‘jam’ in the title. It’s the home-made-ness of it, I guess. Jam is a home food, not a restaurant food.

So the idea of taking a homey, friendly ingredient like jam and smashing it together with the old school, yet very trendy and somewhat high-tech idea of making marshmallows, it just makes me happy. 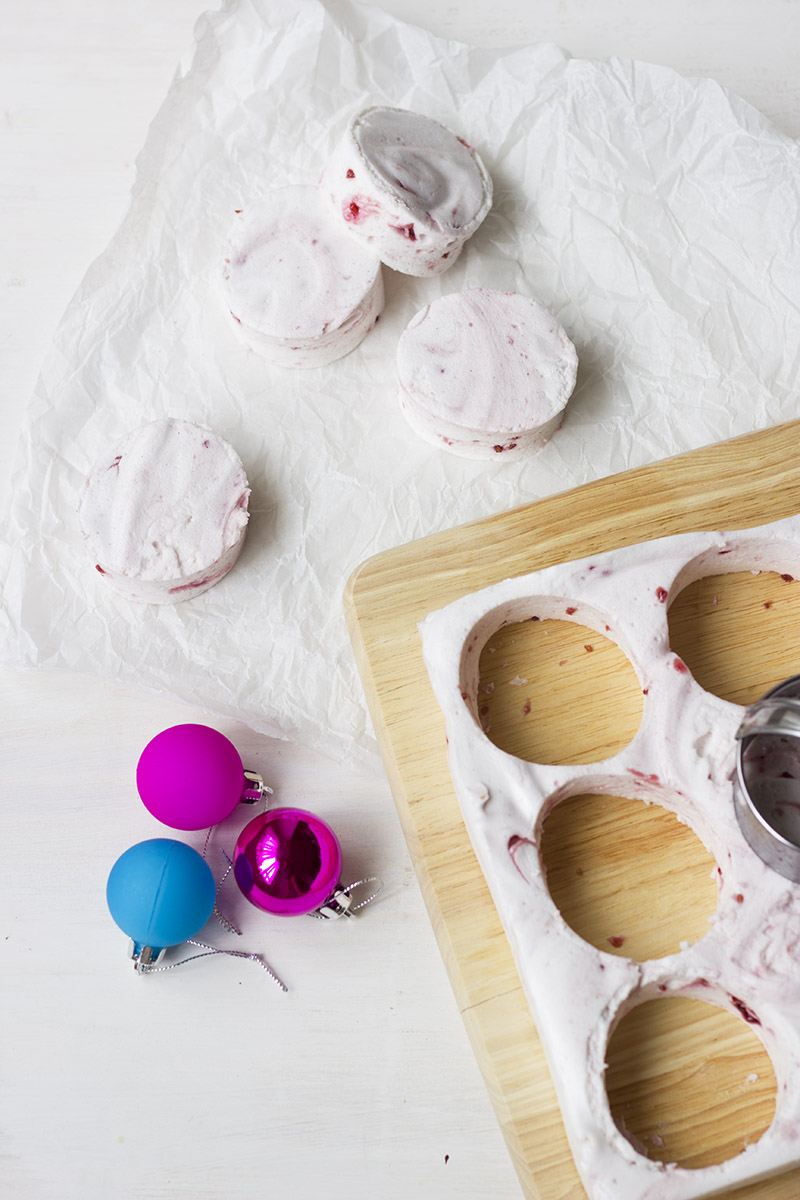 This particular marshmallow recipe is THE BEST – so soft, so spongy, so delicious. They contain egg whites, which gives a much lighter end result, a better texture, and a more pure flavour than a straight gelatin marshmallow. I also think they’re harder to screw up.

I won’t lie, marshmallow making requires some gear, and a little finesse. You need a sugar thermometer, and ideally you would have a standing mixer as well. Don’t be intimidated though. The actual steps are super easy, you just need to go slow, be methodical and before you know it you will be looking at a giant jigally pan of marshies. 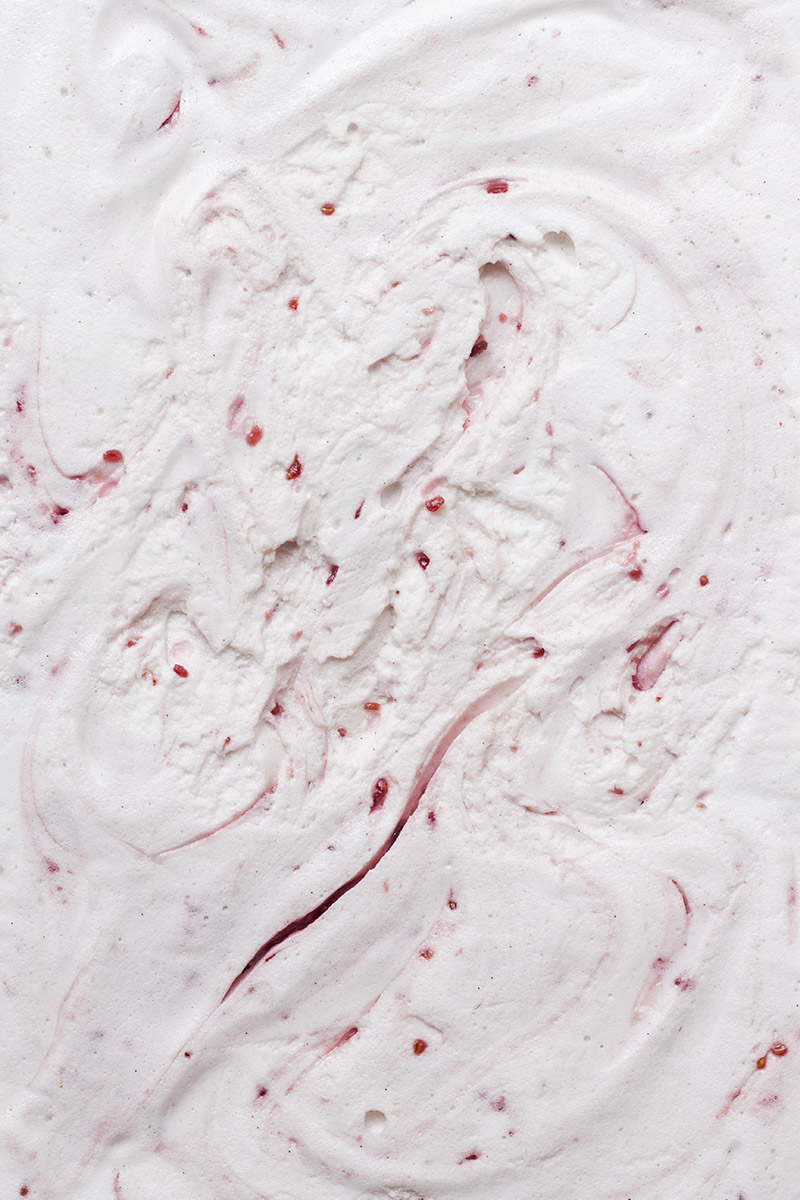 The jam flavouring is such an easy way to customise the basic vanilla marshmallow – swirl through any jam you want, and you’ve got a brand new custom flavour. But I can’t lie, I went down the jam route because I wanted to use these bad boys in another recipe. An epic recipe. STAY TUNED.

The jam thing is very cool, and low effort too. One of these sweet strawberry rounds in a dark, bitter hot chocolate? Killer. 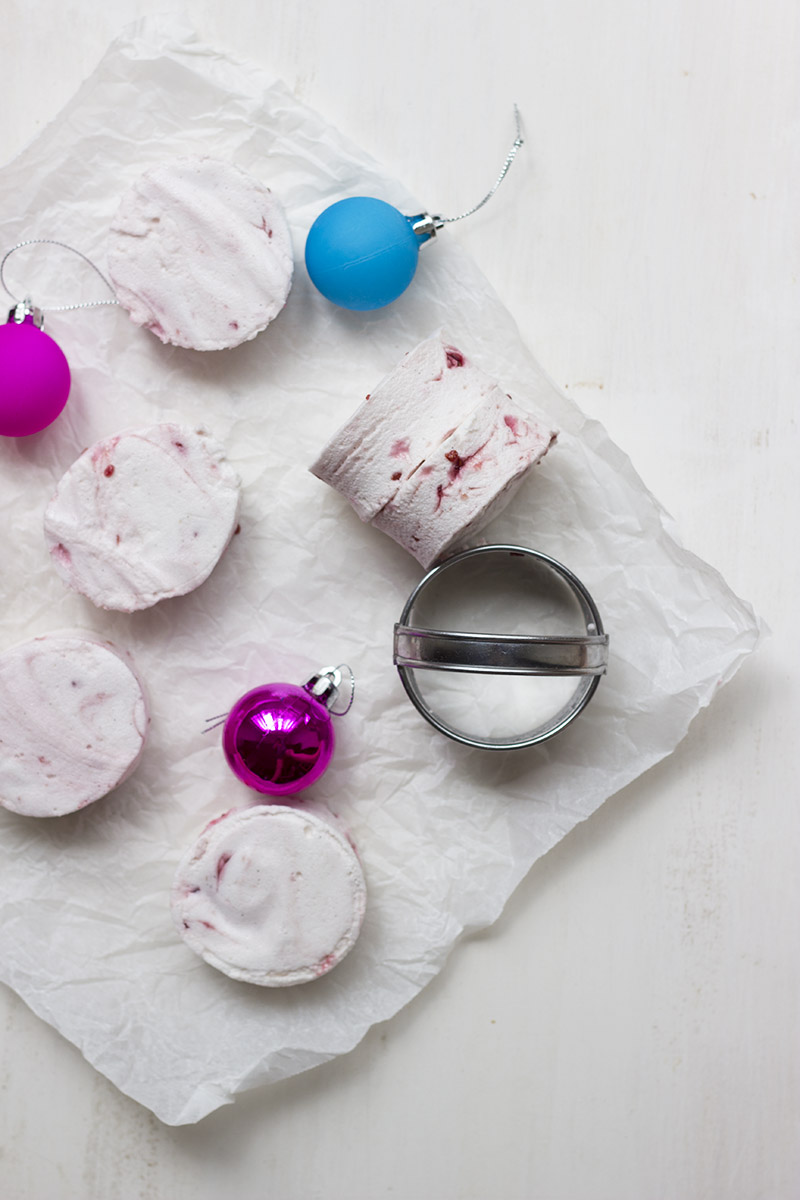 The other thing with these guys is, they make an amazing edible gift. Homemade marshmallows really make people think you’re a magician, that you’ve really pushed the boat out. I’m already blaring the Beach Boys Christmas album pretty much non-stop, so I figure we’re officially in the hostess-gift time of year!

Anyway, hope you like these little cloud-like strawberry jam marshmallows! Throw some in a box for a friend, or toast them for s’mores, or throw them in your hot chocolate. Whatever you do, get them into your life! 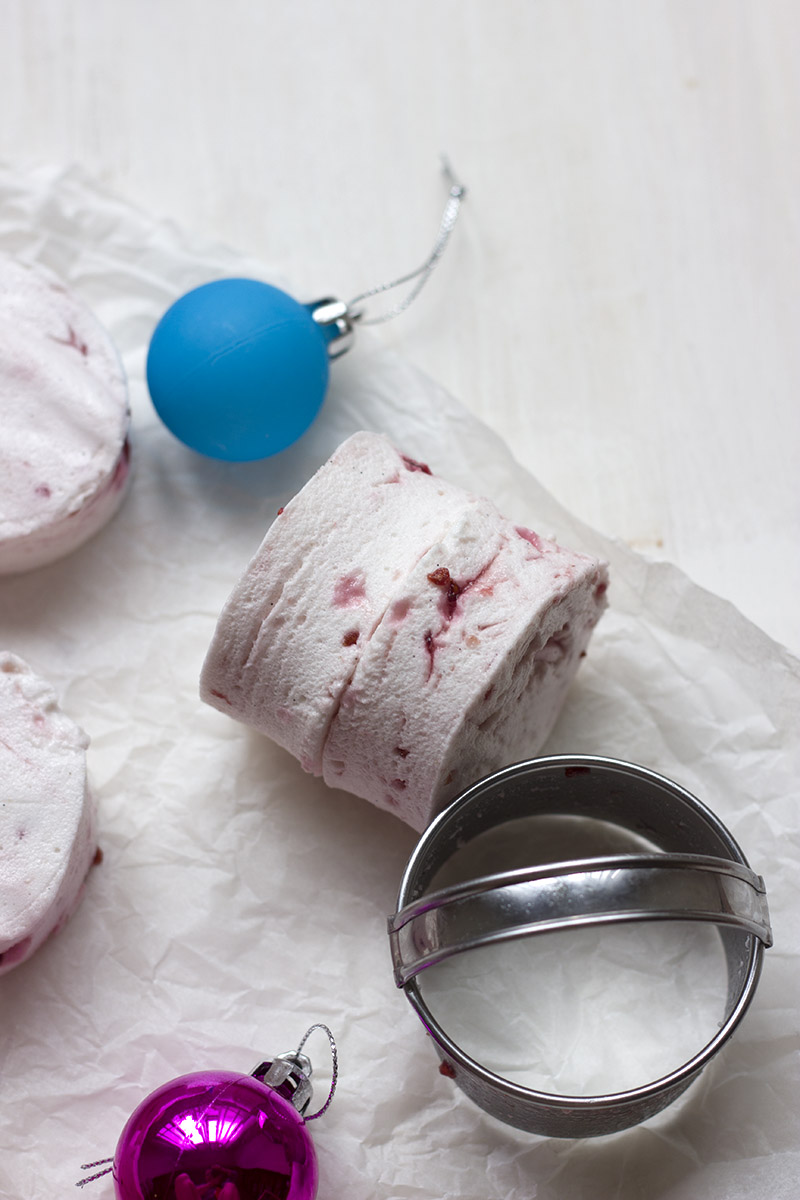 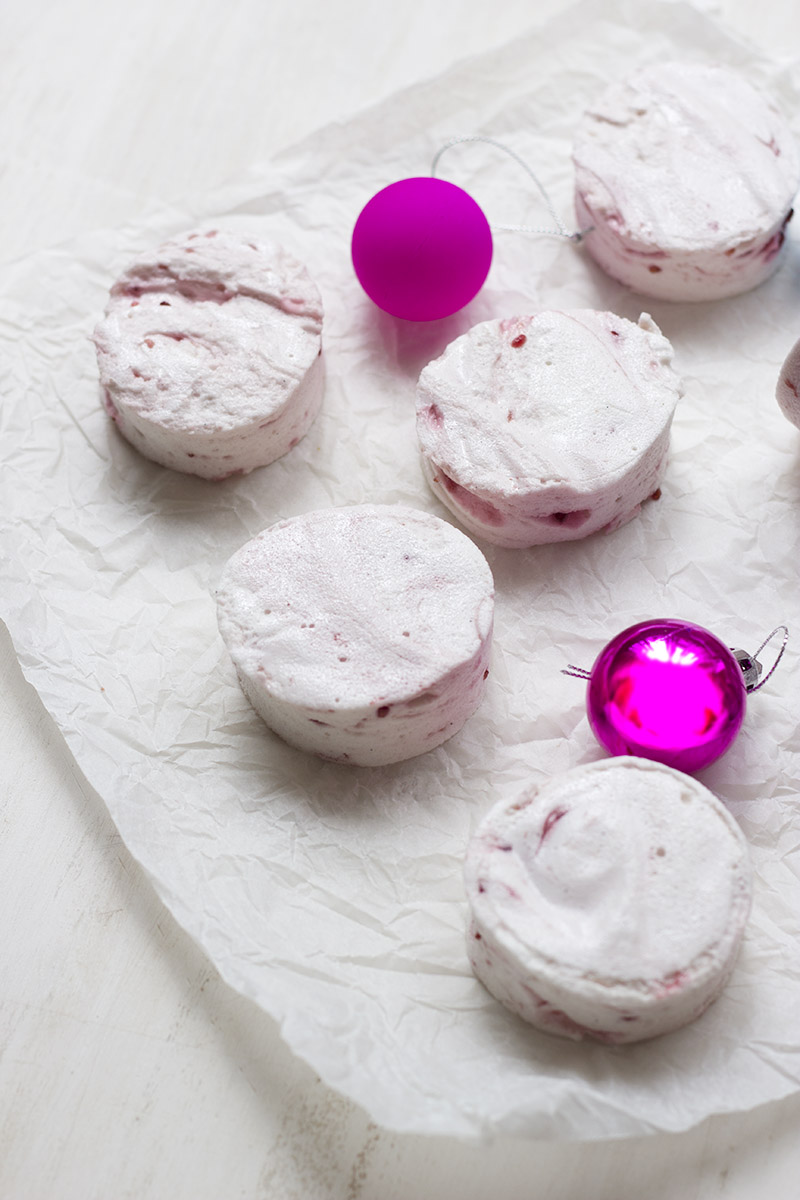