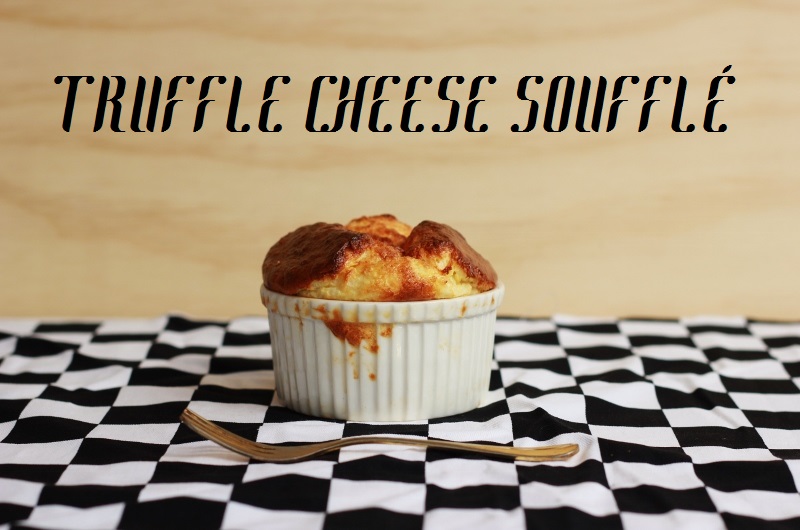 These are oh-so-fancy. I can hardly STAND it.

Hello again, old friends! This week I’m taking things to the rich side of town…albeit in my typical broke person fashion. Because if there is one dish, sure to convince everyone that you are dancing in the lap of luxury (lap-dancing, even), it’s a SOUFFLÉ!!!

so let’s go dance on that lap!

The so-frenchy-so-chic air of a souffle, really does transmit itself into the cook’s consciousness. Whenever you announce that you’re busting out a souffle at the dinner table, people give you the “who-do-you-think-you-are” eyes. You know the ones.  They often follow it up with an “I’ll-believe-it-when-I-see-it” face. Maybe I should rethink the people I’m inviting to dinner?

Nope, I love them too much! What I must do instead is DESTROY the myths that are attached to soufflé making! There are two golden rules when it comes to making and enjoying delicious, splendid soufflés, and I’m about to share them with you. Are you ready for this? 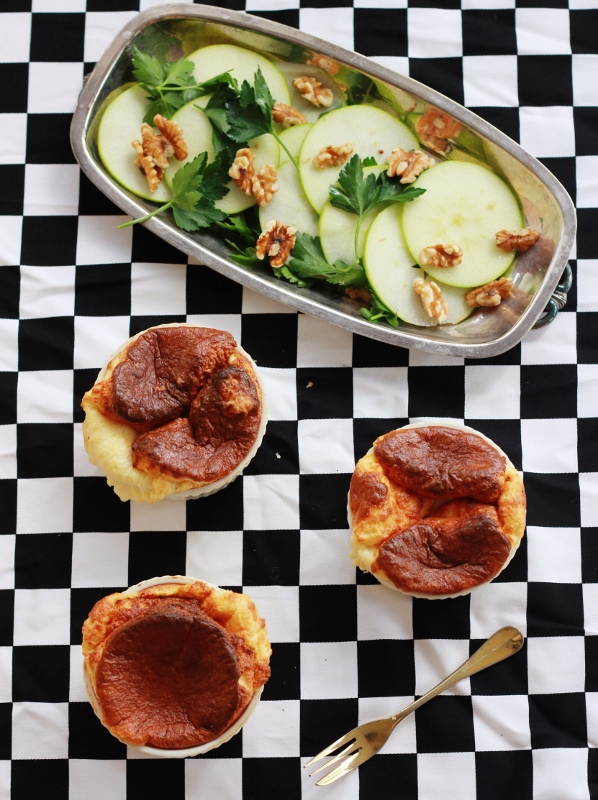 eat them STRAIGHT AWAY

And that’s it, other than that it’s a mind bogglingly simple recipe. The rules are straight forward. Eat them right away, because soufflés fall. They just do. So get to them when they are straight out of the oven, tall and hot and jiggling.

Rule number two, your ingredients must be impeccable, because there is nowhere to hide in a souffle. They are usually just eggs and your main ingredient, so buy the best you can afford. The good news is that to feed many people, you need very little of your key ingredient. Because soufflés? They’re mainly air. 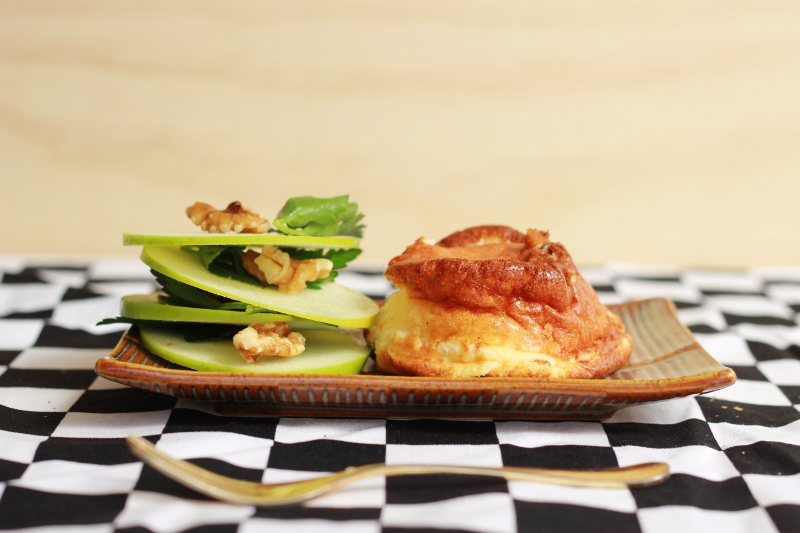 I have cheated two-fold in this recipe, because instead of buying a delicious, expensive cheese, and some delicious, expensive truffles, I simply bought delicious truffled pecorino cheese. Still expensive, yes, but a damn sight cheaper than buying a truffle, and the pecorino was so richly imbued with that gorgeous black truffle fug, that not even an expert would have known the secret.

I served these darlings alongside a super easy salad of sliced green apple, walnuts and parsley. Very refreshing and perfect alongside the super rich and truffley soufflés. When the little darlings had deflated (as soufflés do!) I simply turned them out and flashed them back in the oven. With a spoon of double cream and another grating of cheese, that would be called a “twice-baked soufflé” in a posh restaurant. A fantastic option for making a dinner party starter ahead of time, I might add. 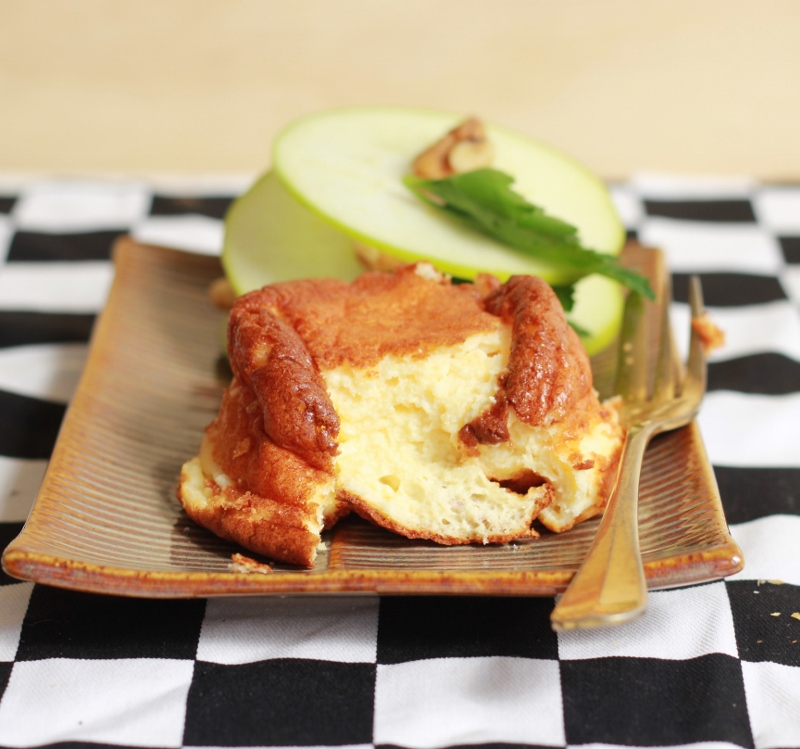 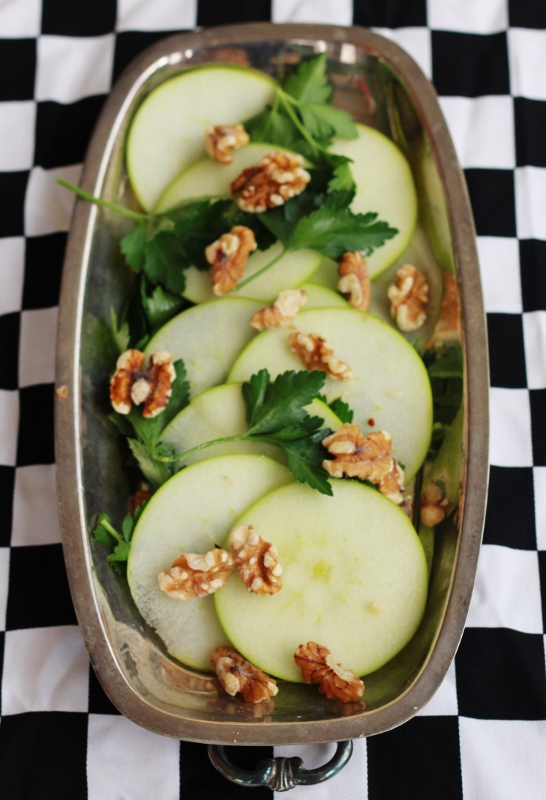 So there you have it, luxe on the cheap. Rich and refreshing. Fancy, but simple. Ce qui n’est pas à l’amour?

Serves 2, greedily, or 3 for a starter

salt and pepper, to taste

Preheat the oven to 180C – do not use a fan (it will tip over your soufflés). Place an oven tray on the middle shelf to heat up. Meanwhile, grease two 350ml (about 1 1/2 cup) capacity ramekins with butter, brushing the butter up the sides of the ramekins to create vertical strokes. In a small saucepan, melt the butter over a low heat. Add the flour and whisk together, until the roux begins to smell toasty, about 1 minute. Working in small batches, dribble in a bit of the milk, and then whisk like a mad man, continuing until all the milk is added and there are no lumps. Cook the white sauce for a further two or three minutes until velvety and thick, then remove from the heat.

Separate the eggs, placing the whites into a large mixing bowl, and the yolks into the white sauce mixture. Add the grated truffley pecorino to the white sauce as well and stir until well combined. Taste it and add salt and pepper, to your taste. Set aside to cool. Meanwhile, whisk the egg whites to stiff peaks. Once the cheese mixture is room temperature, pour it down the side of the egg white bowl, and then fold together the egg whites and cheese mixture with a metal spoon. Try to keep as much air in the mixture as possible. Divide the mixture between the two greased ramekins. Remove the preheated tray from the oven, place the ramekins on the tray, and place in the oven for around 15 minuted. They should be well risen and browned. Serve forth, with golden cutlery, a big smile, and the Apple, Parsley and Walnut Salad below.

Serves 2 as a side

salt and pepper, to your taste

Just before serving, thinly slice the apple cross ways. I leave the core in, but remove any seeds. In a medium bowl place the apple slices, crumble in the walnuts, and toss together with the parsley and lemon juice. Add salt and pepper to your taste. Serve!