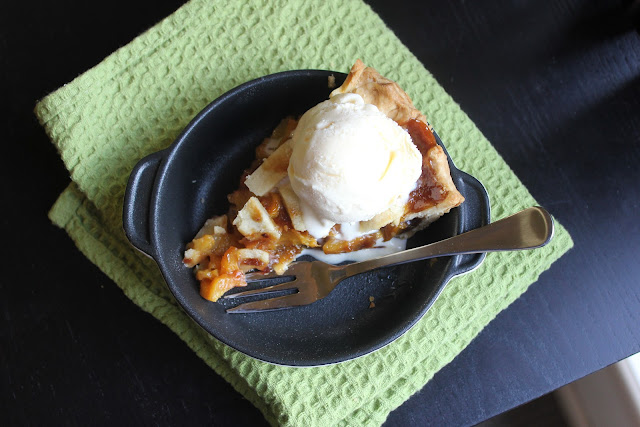 Let me begin this post with the disclaimer: I will get to the pie. Now, after scanning the worldwide web, and finally joining Facebook (after a stupidly long period of resistance) I have been becoming more and more exposed to everyone else out there in the internet ether. I’m not unique – the world is getting smaller and we are all more available to each other more of the time, plus I’ve been following blogs for years. All of this makes me wonder if previous generations were as self-involved as we are, or whether we just have a better and more permanent medium for chasing attention. 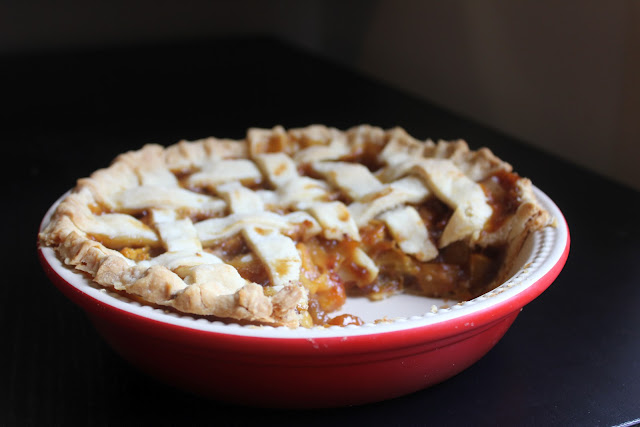 The problem is, I don’t know how I feel about it! We are all more available, but everything is becoming a little less personal. Don’t get me wrong, there is a stupid amount of incredibly personal content out there, but it’s not directed at anyone, it’s just out there. It’s not personal to the reader, it’s only personal to the writer. And the reason it’s out there is because the person who puts it out there wants to affect the way the world thinks of them. Like it or not everything we put into social media or onto the web is building a brand; your personal brand. 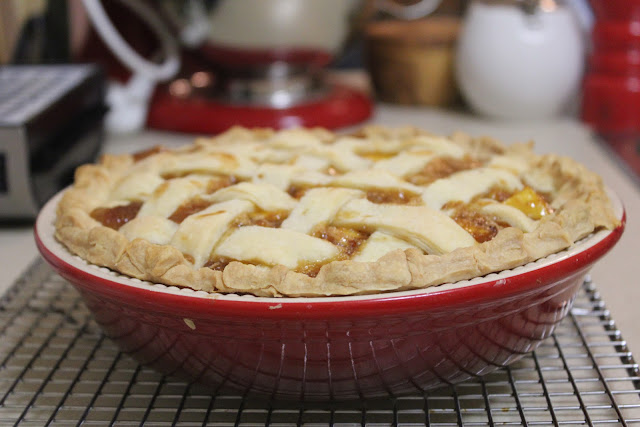 Depending on how you look at it, this is either a good or a bad thing. It can mean that you can change the way that people view you, put a positive spin on your life, make it seem glamorous or exciting. Or it can mean that people can be manipulative, lead false lives, and generally portray themselves in ways that they otherwise never would! I think it’s important to remember that no-one would start a website or account, and fill it with all the bad stuff that happens to them in life and a bunch of pictures of them looking ugly. Because no-one wants to see themselves that way, let alone have the rest of the world see it. I have a wise friend and creepy movie to thank for this perspective. 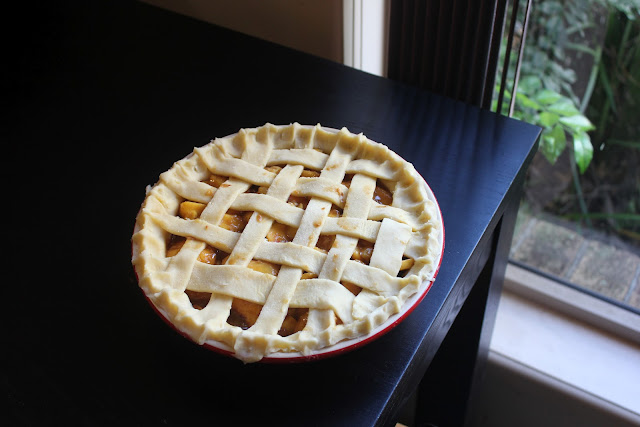 If you don’t keep this in mind, it can lead you to serious cases of internet envy. I am no stranger to this phenomenon. It’s when you start to trawl around, and you think, wow, she’s started a business! Wow, he’s an actor now, that’s amazing. Oh my god, I can’t believe they’re living in London, that’s so great. And then you think, I haven’t done anything with my life. 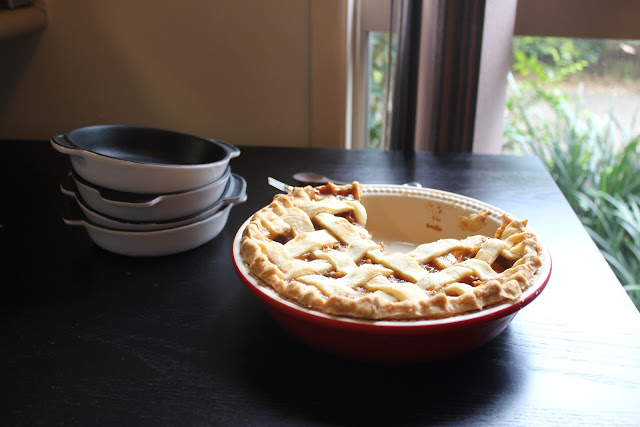 BUT WAIT! Consider your own stuff out there! You’re doing all right! You’re looking good! Don’t get down about it, I say! Instead, go out, buy some of the last peaches of summer, and bake yourself a gosh-danged delicious pie that’s not going to be around for a whole ‘nother year. Take a photo of it, and put it on your facebook page! Then everyone will know that you have pie that no-one else is going to get for another six months. Beat that, internet. Facebook envy my ass. Summer Peach Pie (original recipe from The Sugar Hit)

Preheat the oven to 180C. Roll out one half of the pastry dough and line the base of a 23cm pie dish with it, place in the fridge to keep cold. Place the sliced and peeled peaches into a large bowl, and sprinkle over the sugar, flour and vanilla bean paste, before tossing with your hands to mix. At this point, feel free to add more or less sugar depending on the sweetness of your peaches, or some cinnamon or lemon juice for another dimension to the pie. Remove the pie crust from the fridge, and pour in the filling, mounding  it in the middle as the filling will shrink when it bakes. Next roll out the pie crust, and either just put a flat top on it, or make a latticed top, or something else creative there are some great ideas here! And then place in the oven for 45 minutes or until the pie is bubbling, golden brown and delicious.

Flaky Pie Crust
3 cups plain flour
1 tbsp sugar
220g fridge cold butter (I use salted)
3/4 cup ice cold water
In the bowl on an electric mixer, combine the flour, sugar, and salt together.
Cut the cold butter into cubes and toss the cubes in the flour mixture to coat. Turn the mixer onto very low speed and mix until the mixture looks like oats, with some large pieces of butter still visible. Alternatively, you can just rub this mixture together with your fingertips, like making crumble.
Turn the mixer up to medium speed and drizzle the ice water into the bowl.
As soon as the dough looks like it’s about to come together, turn off the mixer, and turn the dough out onto a floured surface. Pat it together, and divide in half, flatten each half to a disk and wrap each disk first in plastic.
Keep these in the fridge right up until you use them, or at least 1 hour. (The dough can be refrigerated for up to 3 days or frozen for up to 3 months. Thaw in the refrigerator before proceeding with the recipe.)
*How to peel peaches: Cut a cross in the bottom of each peach and place in a large shallow bowl. Pour over enough boiling water to cover from the kettle, and leave for about 30 seconds, less if your peaches are very ripe. Drain the boiling water, and immediately rinse under the cold tap. The skins should now slip easily away. Peel the peaches before slicing around them and twisting (like you would with an avocado) and removing the stone. Slice each peach half into 4.
4
Facebook Twitter Pinterest
Google + LinkedIn Email
Written By
sarah
See More