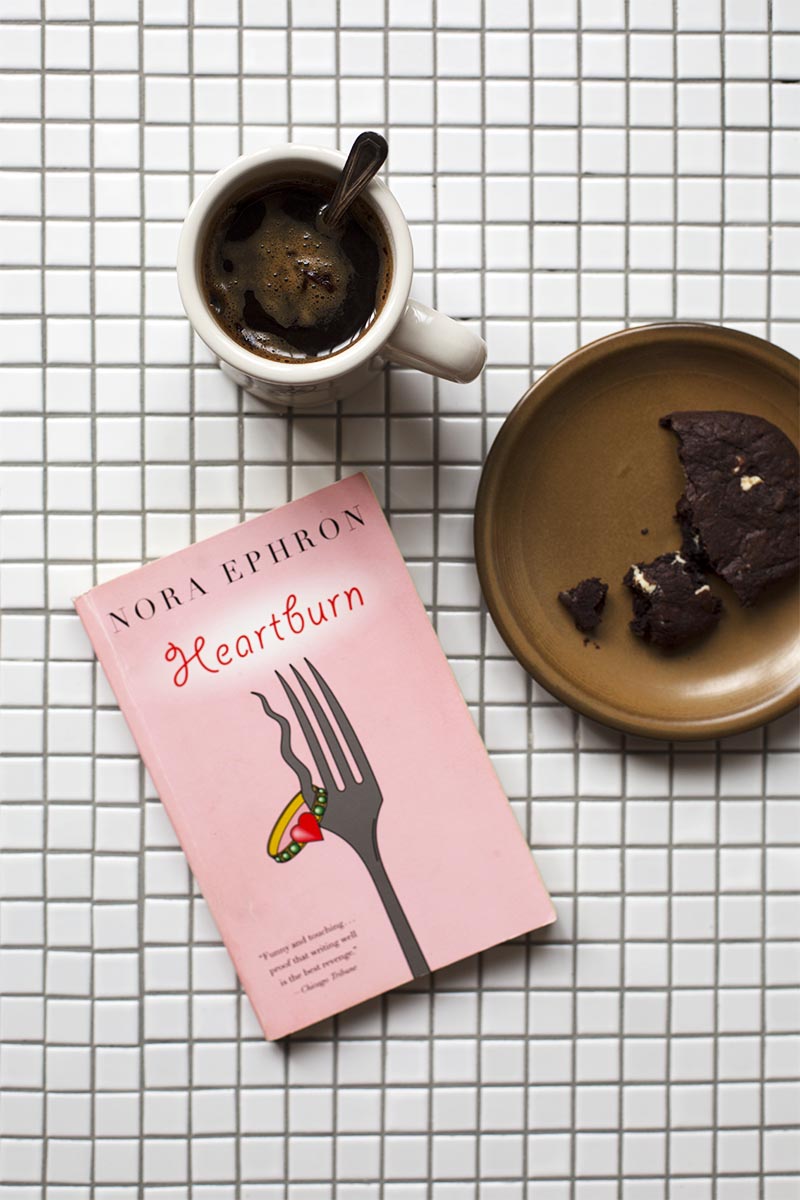 You got me – this is not a cookbook. In fact, it’s actually a novel. But I just can’t talk about the food books that have influenced my life, without talking about Nora Ephron’s Heartburn. It’s a classic piece of Ephron writing – you know her work; she wrote When Harry Met Sally and wrote and directed You’ve Got Mail – but it’s actually a little more biting and acerbic than a lot of people find those films.

I myself don’t mind things when they’re schmalzy, but I know that a lot of people can’t stand a rom-com. Well, fear not, because Heartburn is almost the opposite of a rom-com. The main character, a food-writer, Rachel Samstat, discovers that her husband is having an affair and talks about how they met, what their marriage was like, whether they should stay together, and everything culminates in a gigantic, food-splattered mess.

Again, I can see that this sounds more than a little bit soft. Does it help when I tell you that Rachel is based heavily on Nora, and her husband was actually Carl Bernstein, of Woodward & Bernstein, aka the reporters who uncovered Watergate? Yeah, now things are getting juicy. What if I also told you that Ephron’s writing is witty, incisive, relatable, very funny, and full of food? I’ve got you now.

In the introduction to her book Yes Please, Amy Poehler says that she kept Nora’s book by her as a reminder of how to be funny and truthful…but ended up just getting distracted and re-reading it. My experience exactly. Heartburn reads exactly as though someone was typing this story to you as you read it. It’s so heartfelt and honest. It’s as though you don’t even notice the words, because you’re so engrossed in the story. There’s a reason this woman’s movies were such blockbusters, you know?

So this book has irrevocably influenced my life in two ways: one, it reminds me every time I read it that the true mark of a great writer is honesty; and two, it reminds me that great food writing is almost never about the food. Throughout the book, food pops up again and again. The main character is a food writer, so it’s a little inevitable, but I know also (from her other works) that Ms Ephron was a food person.

Is that brilliant food writing or what? The passage leads on to several recipes, and yet more discussion of when they should be deployed, but I think the opener expressed the tone of the book beautifully. Of course, it’s sharper and funnier in other areas, and sadder in some, but it’s always thoughtful and most of all, it seems honest. It seems genuine. There is no subterfuge in this chatter about potatoes. And I try and remember that every time I sit down to write – I don’t always succeed, in fact my hit rate is kind of terrible, but at least I’m thinking about it.

Oh, and this book also taught me how to make the perfect boiled egg. See what I mean? Life changing.

NOTE: This post contains an affiliate link, meaning that if you buy the book on that like, I get a small percentage (<10%). Just letting you know!