This is a new series about the food and cookery books that have strongly influenced my life both in and out of the kitchen. I absolutely love talking about cookbooks, so I thought you might be interested in the ones that mean the most to me. But mainly I thought this would be a cool chance for us to chat about cookbooks generally – so please let me know your thoughts in the comments!

Who among us could say that they haven’t been at least a little bit influenced by Jamie Oliver? His books, his TV shows, his photographer (the brilliant David Loftus and now, himself), his distinctive style, his magazine, his restaurants? The man is everywhere. I have been a fan since I was about eleven years old, and probably younger, though eleven is when I was given this book Happy Days with the Naked Chef. Even at that point I was a girl in the kitchen (though not really baking or desserts – that came later), and I used to go and rent out DVD’s of JO’s first and second TV series from the library. I definitely did not telegraph this information to any of my friends, because tween girls can smell ‘uncoolness’ from miles away, but I absolutely loved that show, and still think it’s one of the best cooking shows from a production and story point of view, that I’ve ever seen.

It was never a crush, in case you were wondering. It was more that I was totally enthralled by his life. The idea of living in a truly boss flat in London, working with friends in restaurants, having access to the Borough Markets and Neale’s Yard dairy, and living this free-spirited, food-filled, experimental kind of life is what appealed to me. Lifestyle porn for someone less interested in a Pinterest-perfect house, and more interested in a kind of joie-de-vivre and freedom and love of food. That and the fact that I always loved to eat, and was discovering that I really loved to cook, too. And when I was given a copy of Happy Days (maybe for my birthday? I can’t remember) I discovered that I really loved to read about food, too. 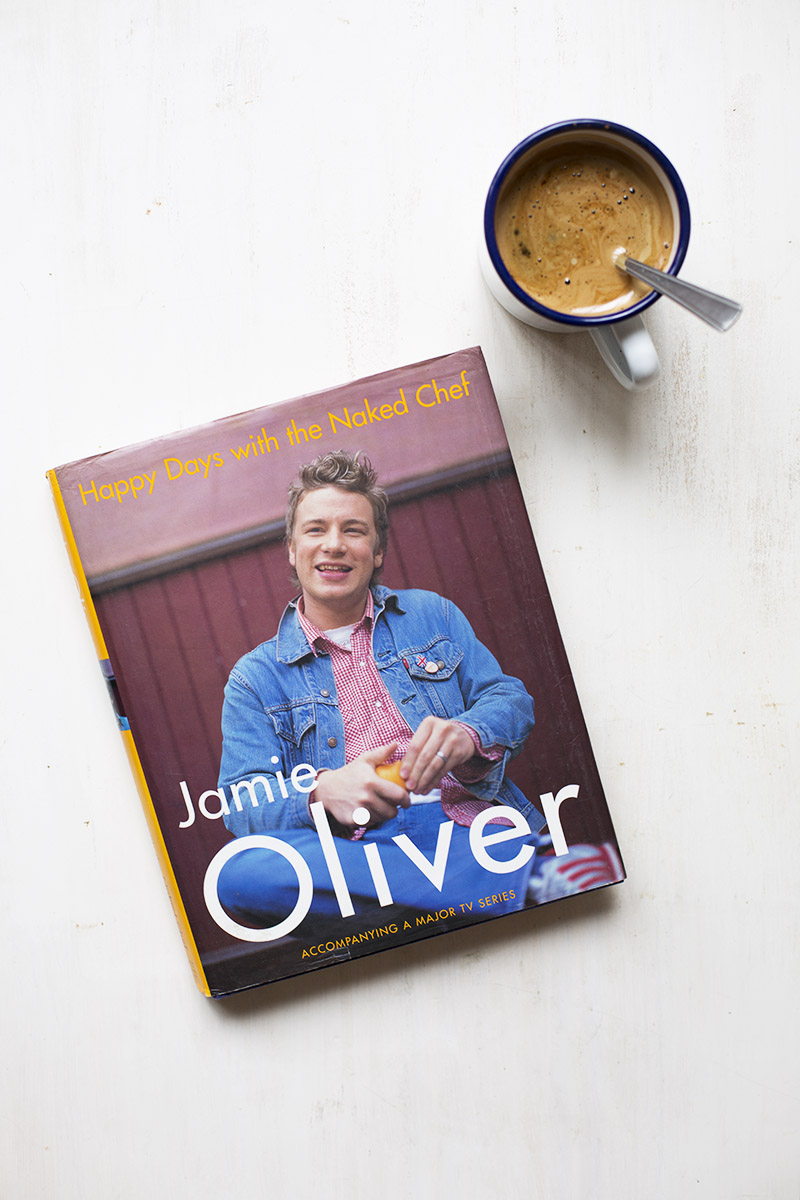 The one thing that makes a cookbook, in my opinion, is whether or not it’s real. Whether it’s honest and relevant and something that comes from the author’s life, not just a bunch of recipes that they thought were cute or fun or trendy. I want to hear what people are really cooking and eating and baking, not what they think I want to hear. That’s what makes this such a great book. Because the veracity of the recipes comes blazing out of it. There’s no poetry in the book; it’s written in a conversational, unfussy style, but it’s full of the kind of honest storytelling and genuine thoughts that fascinate me and make my heart warm like nothing else. Take this quote from the Comfort Food chapter (first chapter in the book – is it any wonder I love it?):

‘The one thing all these recipes have in common is normally memories of childhood; enjoying company round the dinner table, or in my case, coming home shivering and wet from playing footie with the boys and being ordered to change out of my wet clothes into my dressing gown before being given a steaming bowl of chilli with a jacket potato and a lob of guacamole and yoghurt. Remember: don’t eat to live, but live to eat. That’s what it’s all about!’

If that doesn’t make you want to find a rainstorm to go and run around in, just so you can come home, get into a dressing gown and eat a bowl of chilli and a jacket potato, then you and I are very different people. 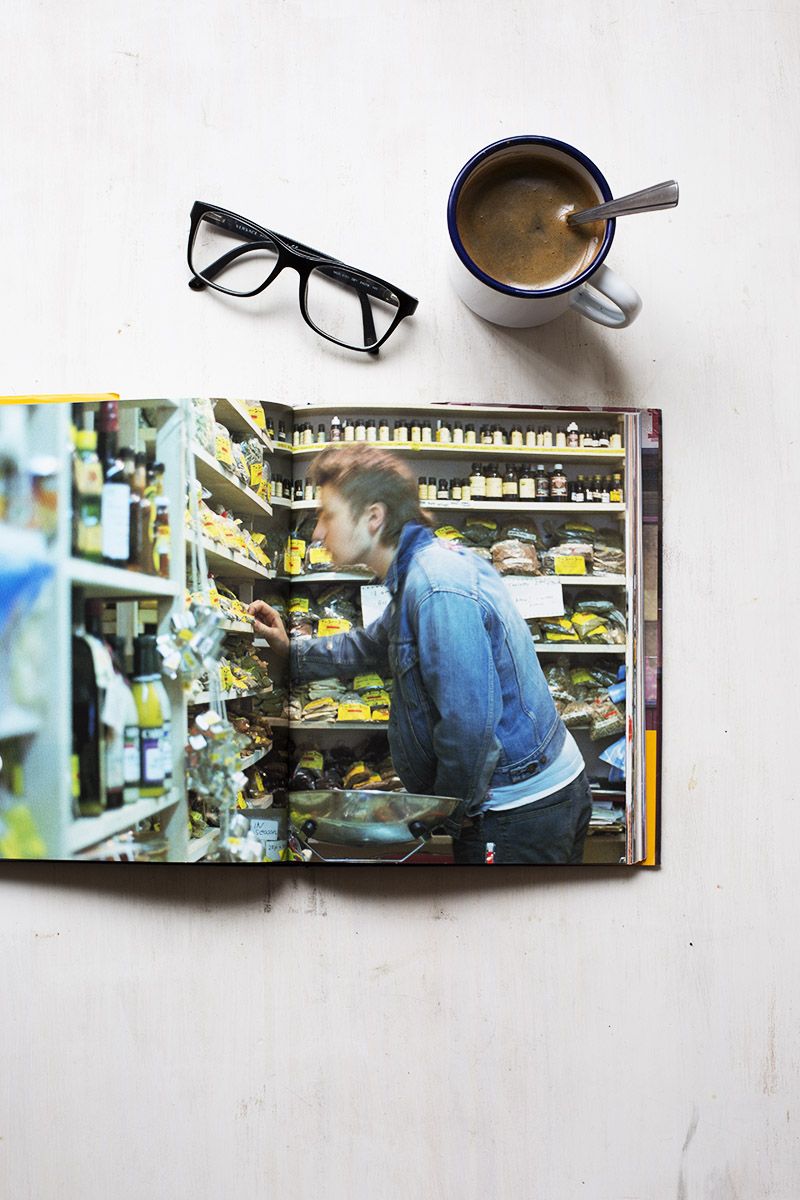 Same again is the recipe introduction for ‘Smush Ins’, where Oliver talks about him and his sister mashing whatever they could find into the ‘rubbishy’ ice cream their parents gave them and then scoffing the lot. Who doesn’t have a fond memory of eating ice cream scooped out of an industrial sized vat, which didn’t really taste of anything except milk and sugar? It’s these little details that make a book personal, and that’s why this book has been so influential on me. It made cooking and that food-person lifestyle seem so enticing and attainable. Without this book I highly doubt I would be where I am today.

Although it isn’t marketed as such, I think of this as the perfect cookbook for beginners. It’s not patronizing in the slightest way, but it is filled with good basic recipes for a whole load of classics as well as quick and easy fixes, and then meat, fish and vegetable dishes for when you want to put on a little Ritz. This book completely avoids the trap that a lot of ‘beginner’ cookbooks fall into of only including basic-as-heck recipes that hold no interest and give beginners no desire to cook. And it does so by sharing genuinely interesting recipes that are from the author’s life. So while there is a recipe for pancakes in there, they don’t seem boring or humdrum because Oliver was so genuinely keen on them when he wrote this.

I owe a lot of my own point of view on food to Jamie Oliver and to this book in particular. The very notion of the title ‘Happy Days’ and the idea that food is something which (to quote KonMari) sparks joy, is what informs everything I do here on The Sugar Hit. So, thanks JO. I couldn’t have made all these cakes without ya.