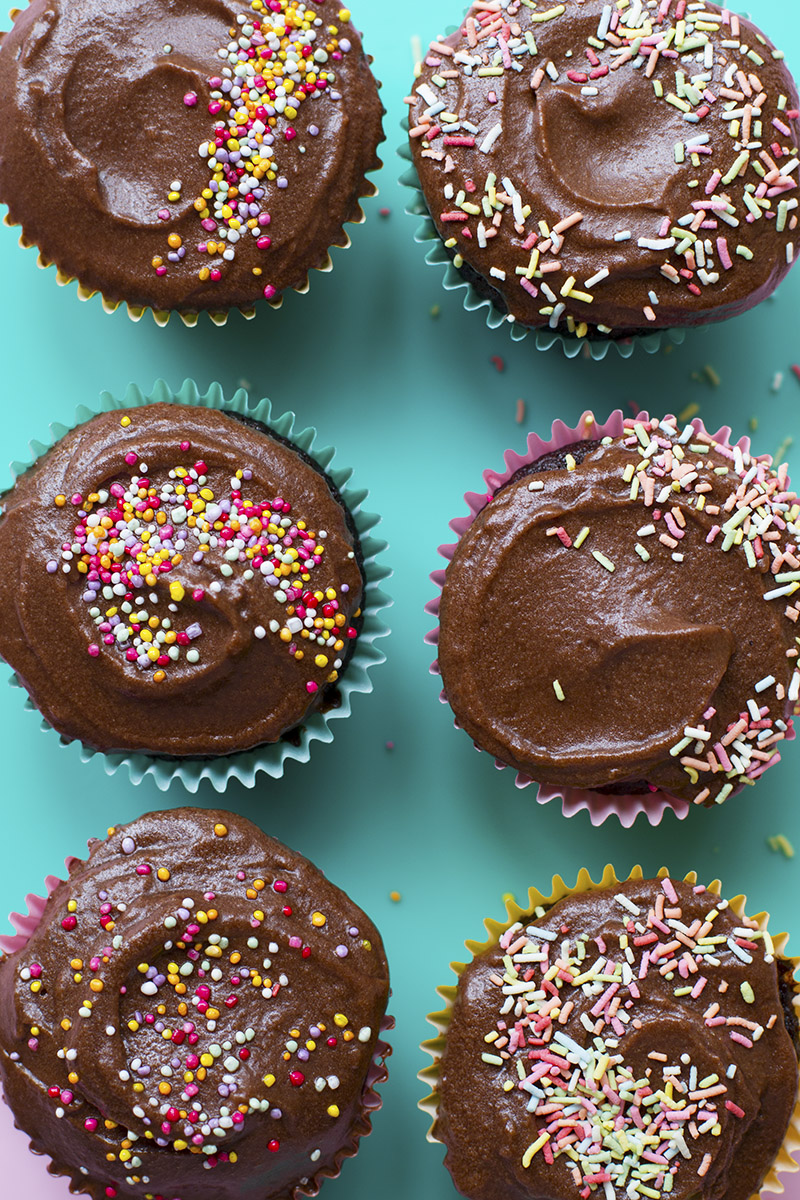 Remember when cupcakes were nothing? Before they became first a food fetish, and then a craft project, and then a totally played out fad? Remember when muffins were the thing that was everywhere? It was a long time ago, so you’ll probably have to think back. Nirvana was big, Starbucks was new and and muffins-only muffin chains were popping up everywhere. This was before everyone caught onto the idea that muffins were just pretty huge cakes, and therefore a fairly horrendously caloric snack/breakfast. 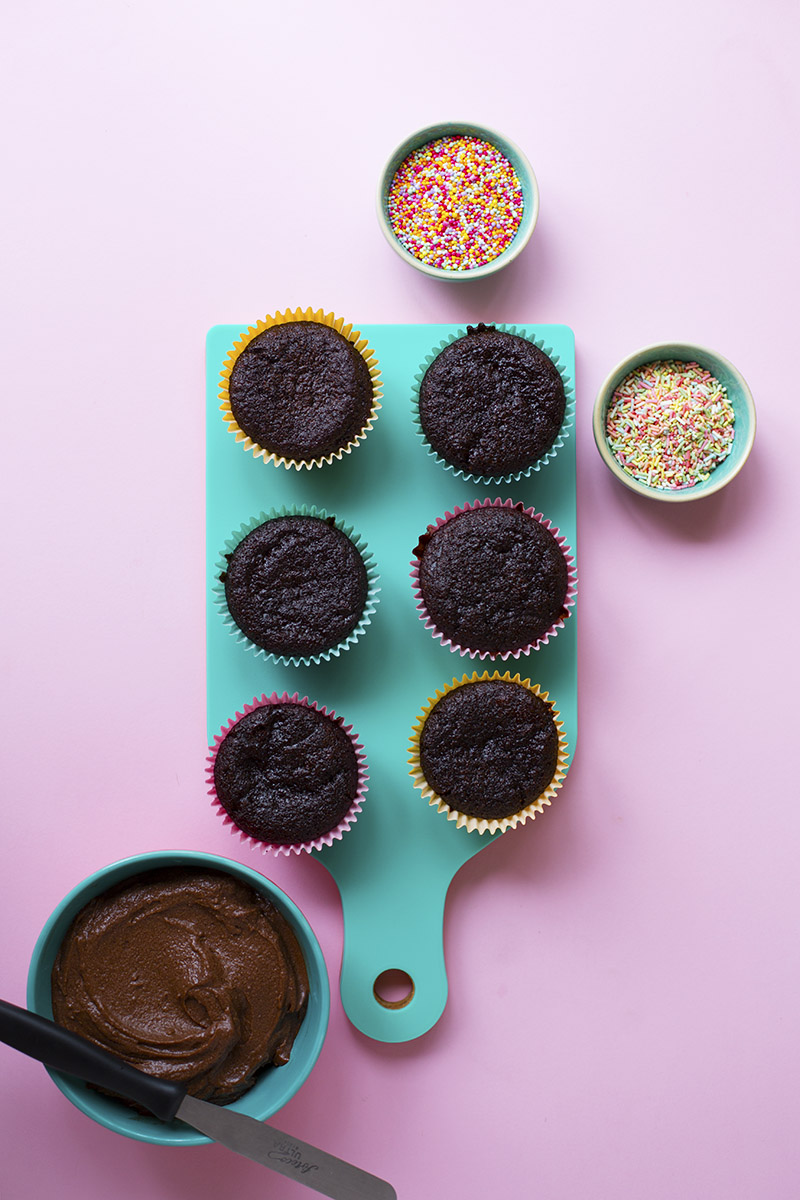 Anyway, it’s the nineties/early noughties and muffins are big business. ‘Muffin men’ becomes the new term for fat cats – just kidding, not really, but wouldn’t it be great if that were true? So muffins are cruising along, everyone thinks muffins can never be knocked off their pedestal and then BOOM Carrie Bradshaw comes along with her Magnolia Bakery cupcake and destroys everything muffins thought they knew. Suddenly cupcakes are up on top, their whorls of pink frosting towering over the single-serving dessert industry. 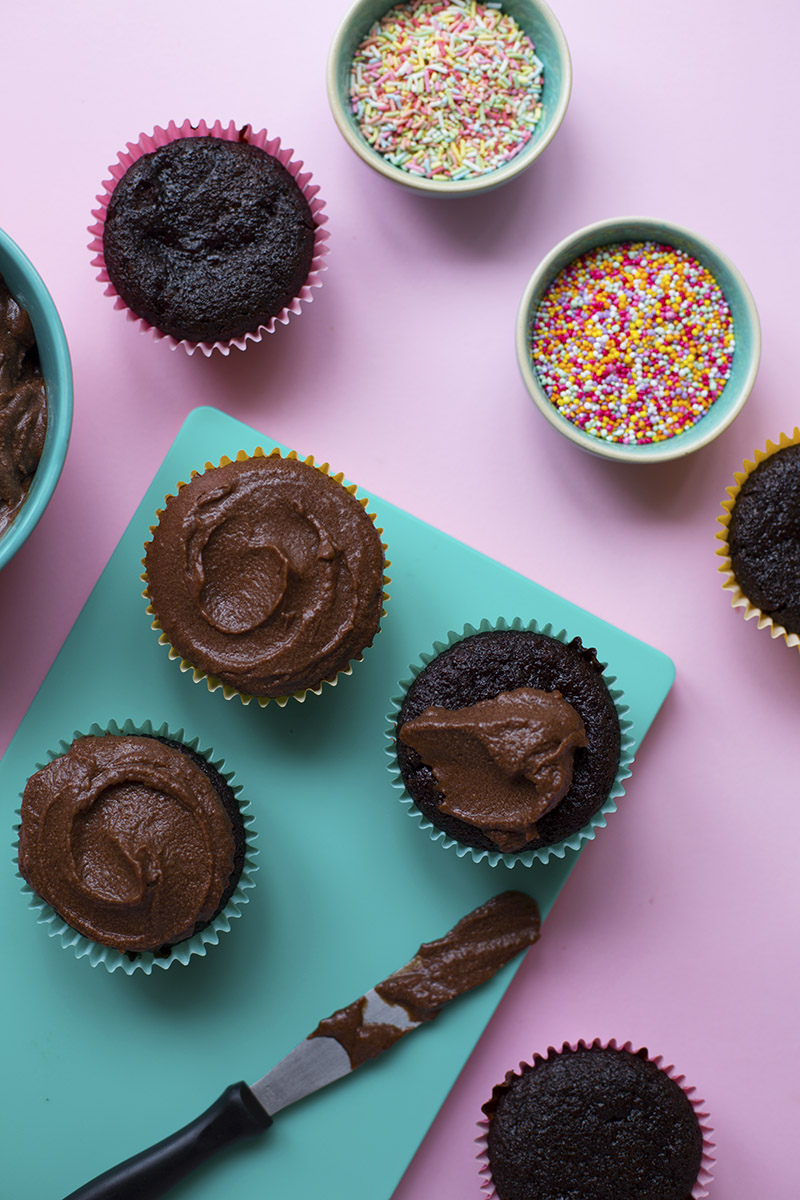 And then it got really boring really quick. The actual cupcakes were just never that good. Very sweet, yes. Buckets of frosting, yes. But no really uh-mazing shiz. No-one out there Dominique Ansel-ing themselves. For the most part the focus of cupcakers seemed to be on how cute they could make their cupcakes, and not how delicious. Thank goodness the craze is over, and now, tentatively, we can start actually trying to make really really good cupcakes again. Enter, these Chocolate Rye Cupcakes with Chocolate Pudding Frosting. 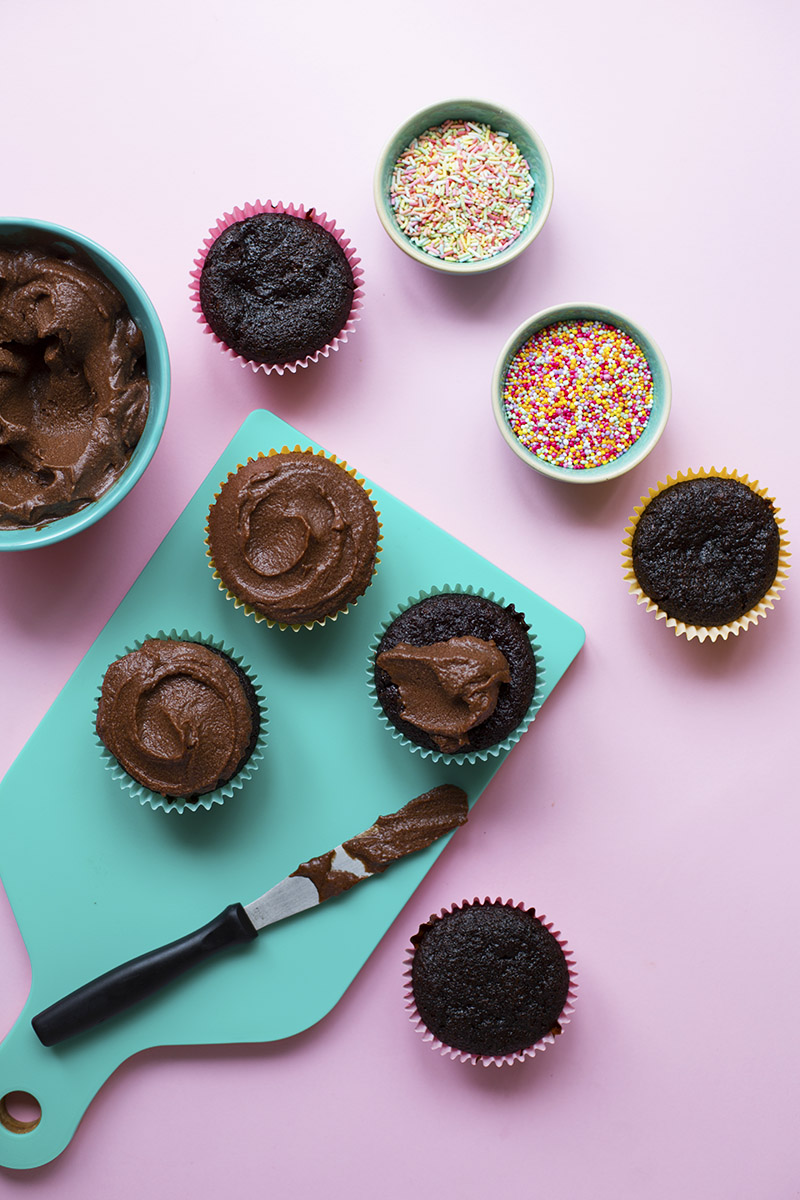 These are what I always wanted my chocolate cupcake to be. Not a dry, barely chocolate at all cake, stoically bearing the weight of a mountain of tooth-achingly sugary frosting. No. Instead, these are a verrrry moist, complex, intriguing cake, being set off and smokily partnered by the most delicious flipping frosting you’ve ever had. The cupcake is a chocolate rye cake, using rye flour for half the flour component and featuring buttermilk and olive oil in the batter. The result is an intriguing, complex, smoky cake, but it’s actually just incredibly chocolate-y. I’m not sure you would notice the other ingredients (read: you could feed these to children/picky eaters). But since you do know about them, you notice the tang and tannin of the rye, and the slight bitterness of the olive oil.

The frosting is another level all together. Using a kilo of frosting to ice 12 cakes can get booted. Buttercream has its place, sure, but this cooked pudding-like frosting is my new best friend and I want to put it on everything. It literally tastes just like thick, lush, sensual chocolate pudding, and it sets off the smoky-toned cakes perfectly. I added sprinkles, because of course, and there you have it. In my house, cupcakes are officially back. 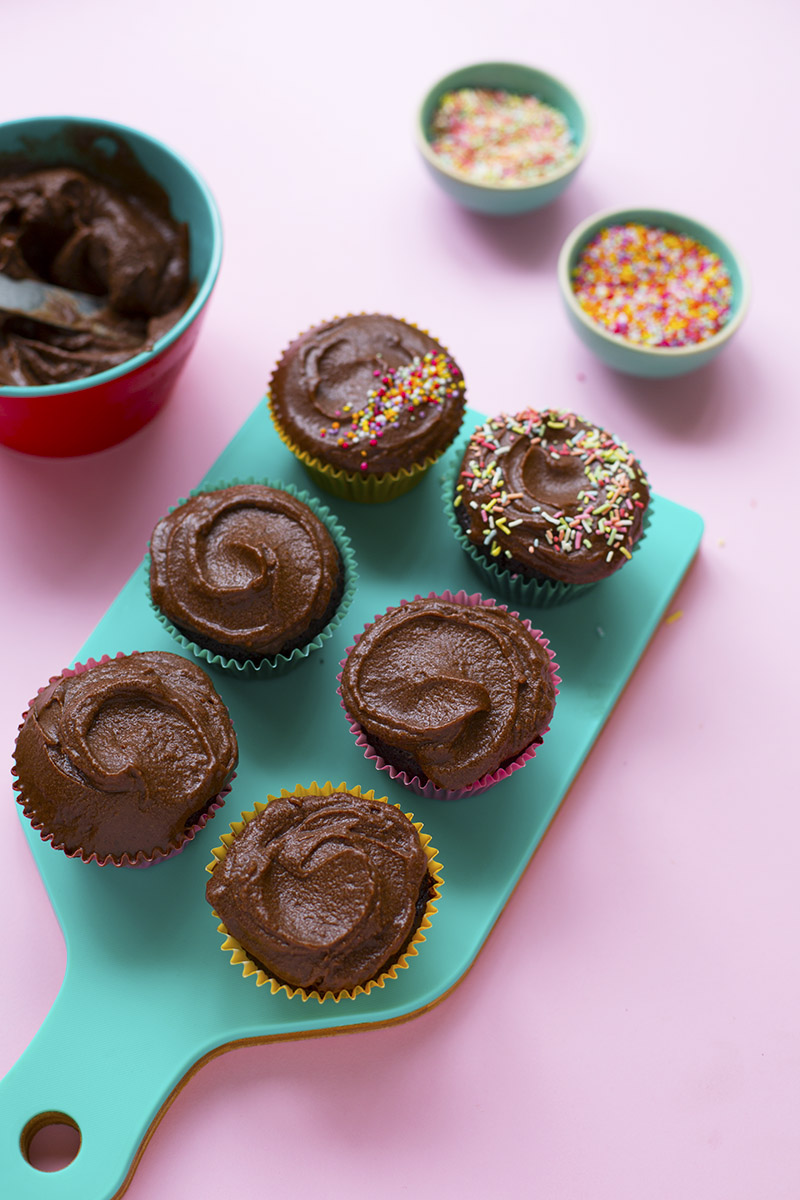