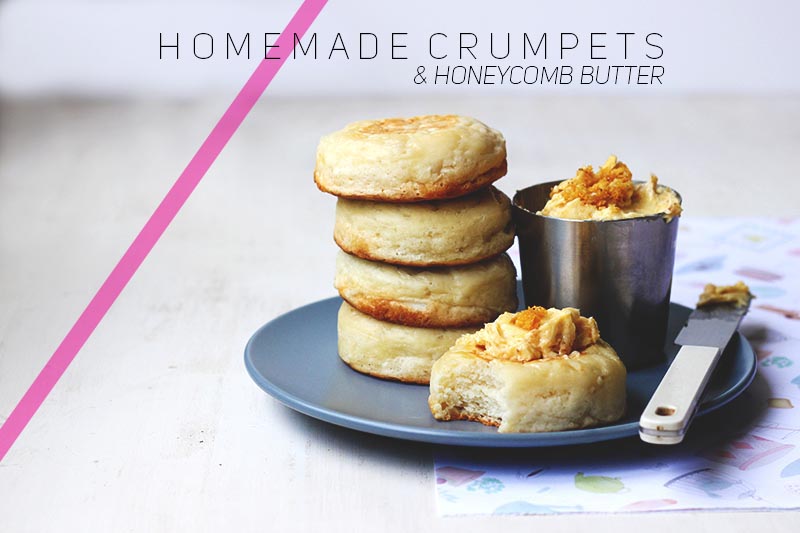 Here’s a question for you – would you rather be a showgirl in Vegas, or Paris? I’m in two minds over it. Topless dancing is topless dancing, and we’re talking about the fairly classy/non-sexual kind, like the Lido in Paris or, I dunno, Caesar’s Palace.

For me, it boils down to the lifestyle. In Vegas, your stories would definitely be better. I think weirder, funnier, crazier stuff would happen there. But in Paris, your lifestyle would be so relaxed with walks along the Seine and plenty of extended afternoons people watching from a curbside cafe. 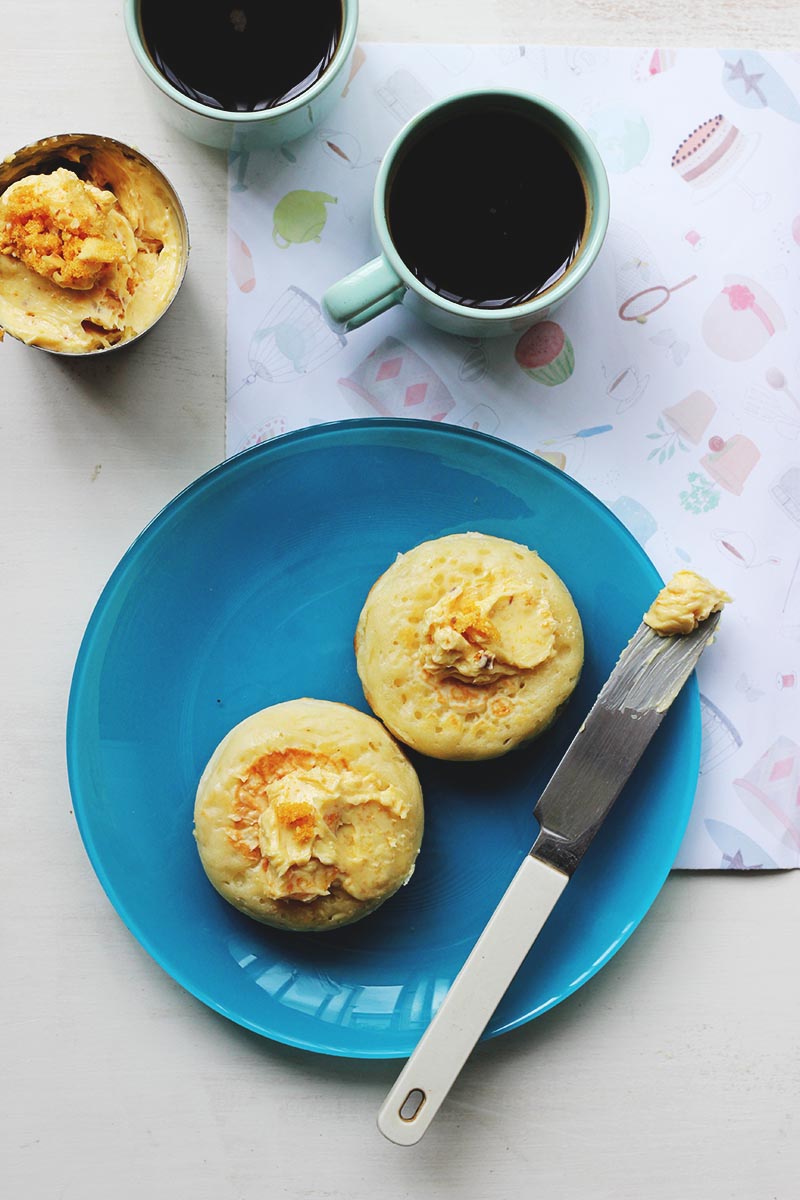 So hard to choose! Help me out in the comments. Anyway, here is where I should include a clever segue about how the Showgirl thing relates to crumpets. I don’t have one.

Other than to say that there’s probably not a less relevant foodstuff to showgirls than crumpets. Like, I highly doubt that a showgirl (in Paris or Vegas) would ever eat, let alone even think about a crumpet. 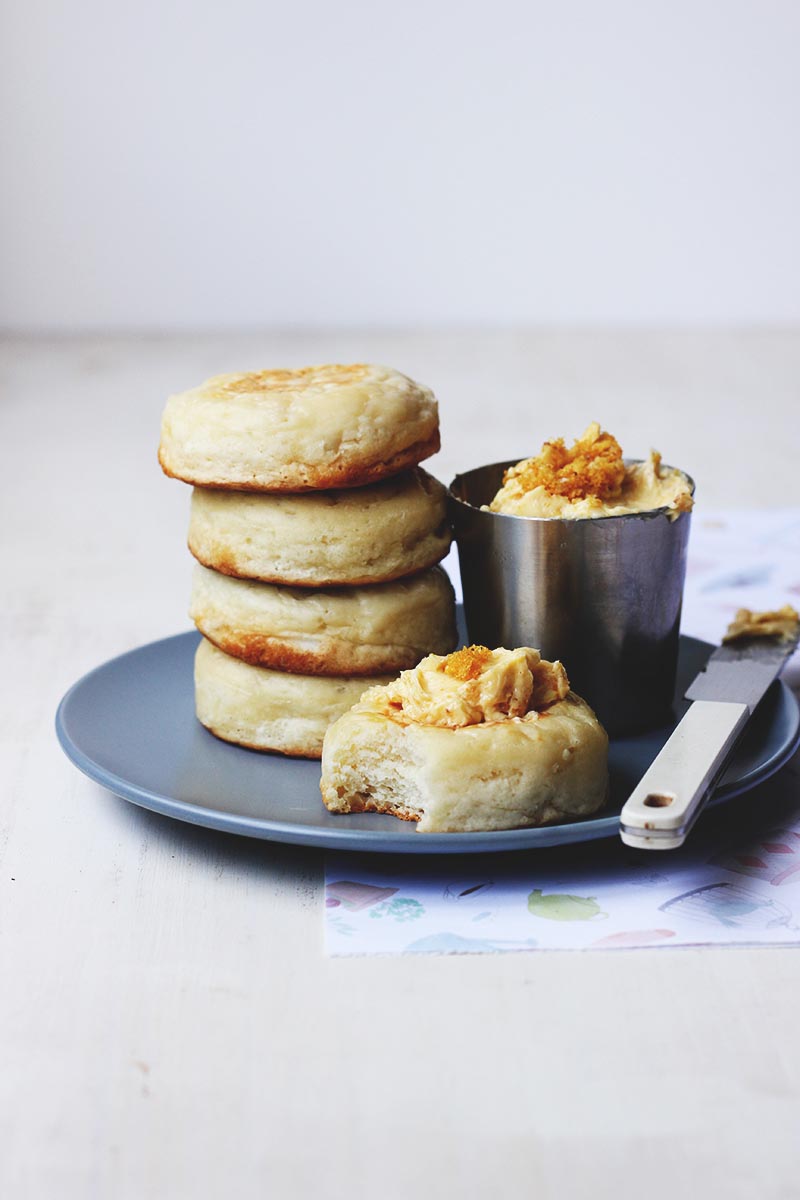 Crumpets are for cosy nights in, and late breakfasts. They’re for drenching in butter and golden syrup and eating with mugs of tea.

Actually, you know what? Maybe I’m profiling to say that show-folk wouldn’t eat crumpets. They probably enjoy a late lazy breakfast as much as the next person. And there’s no-one in Paris, Vegas or elsewhere who could resist a homemade crumpet with honeycomb butter. 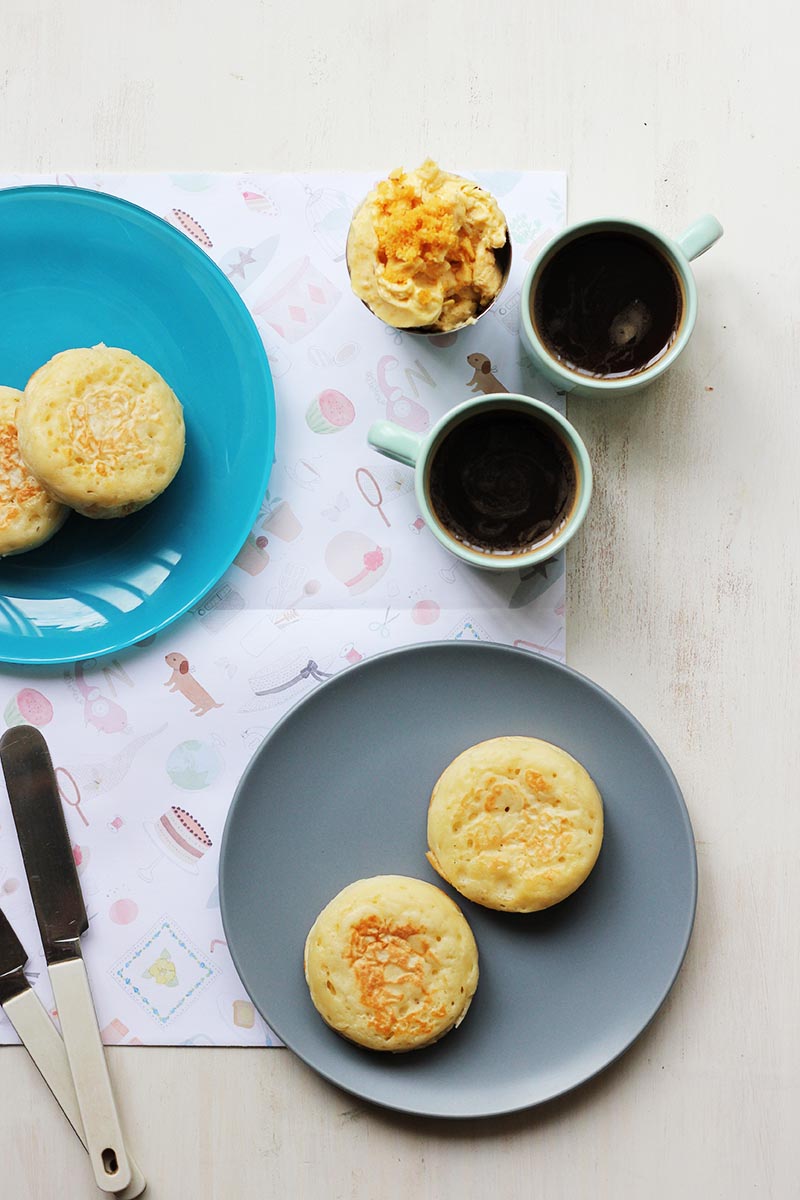 That honeycomb butter? It’s the glittery headdress on top of this recipe. It’s a Bill Granger classic, recently covered by Izy Hossack, and I’m busting it out once more, because I can.

And also because homemade crumpets are so delicious, and so seemingly impossible, that they deserve a spangly candy-butter topping. 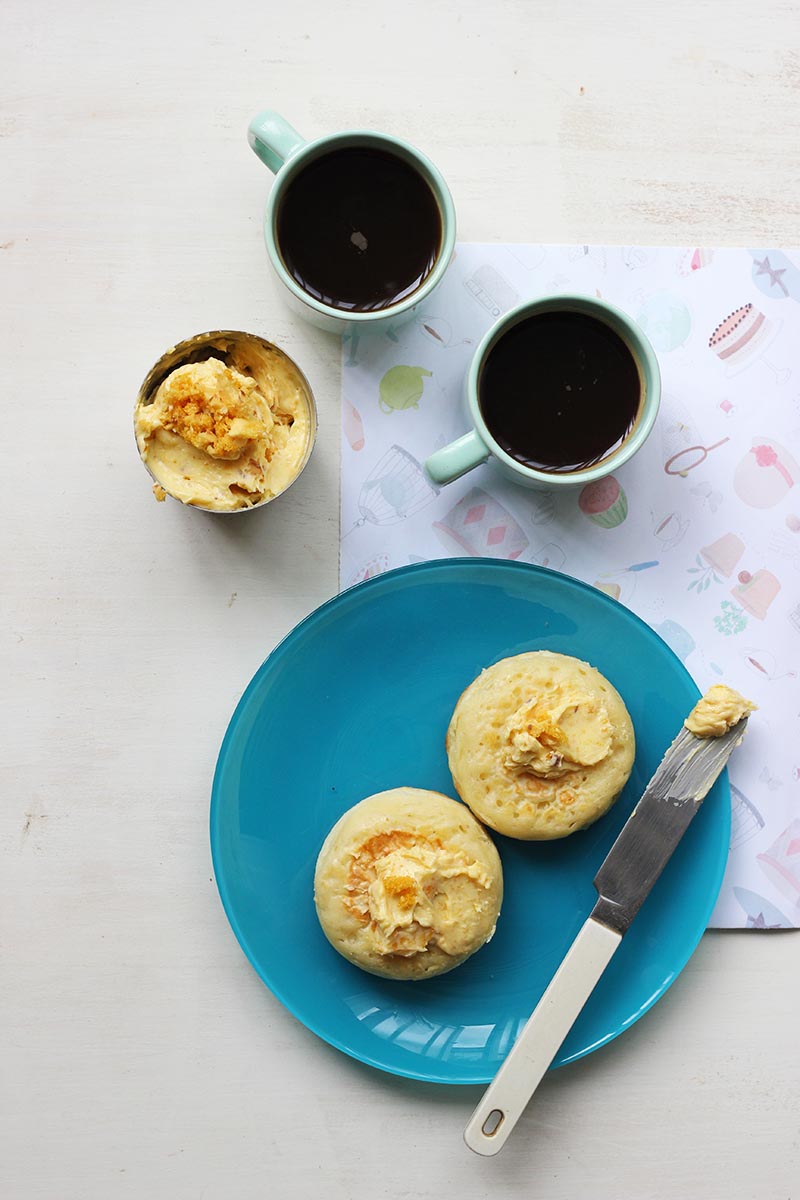 The crumpet batter is incredibly easy to make – just a wooden spoon job – but you do need heatproof metal rings of about 2.5 inches (7-8cm) in diameter to cook these babies. But once that’s underway, it’s easy as pie.

And you have CRUMPETS! Magical, hole-y, stretchy crumpets just begging to be doused with that honeycomb-filled butter. And something perfectly delicious to munch on while you consider…Vegas or Paris? 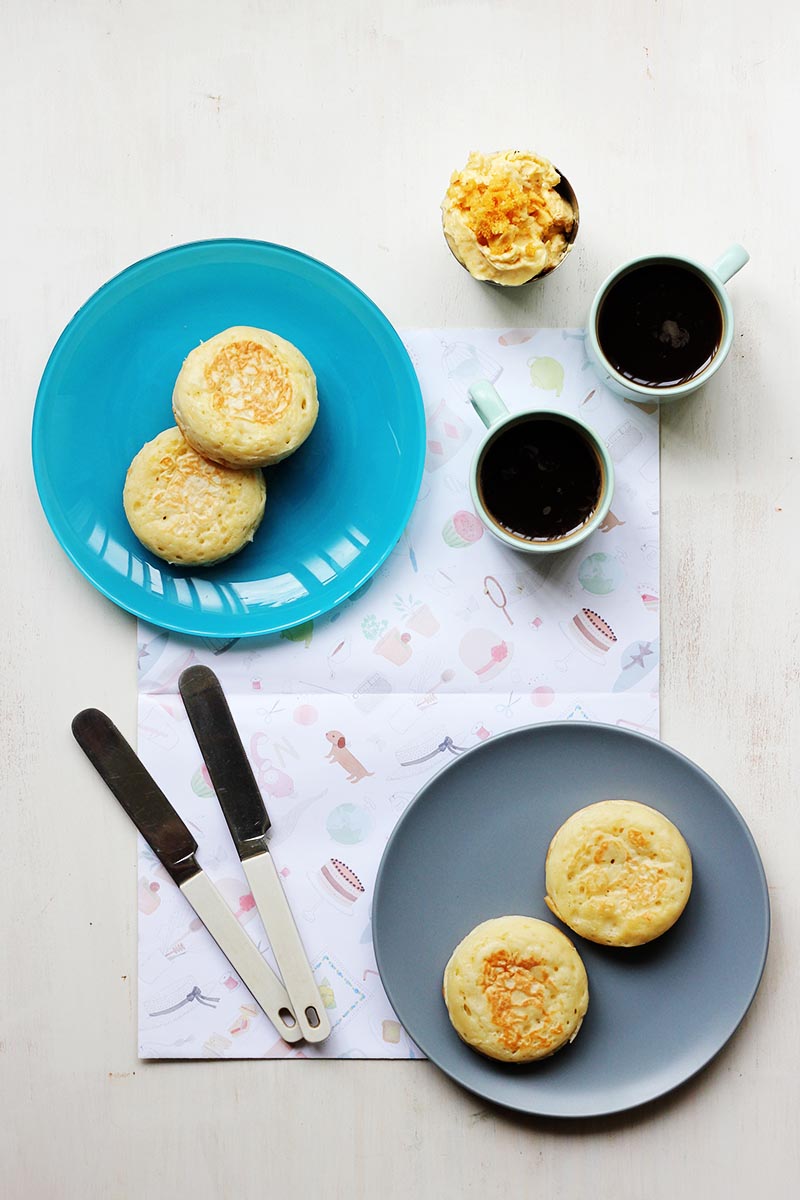