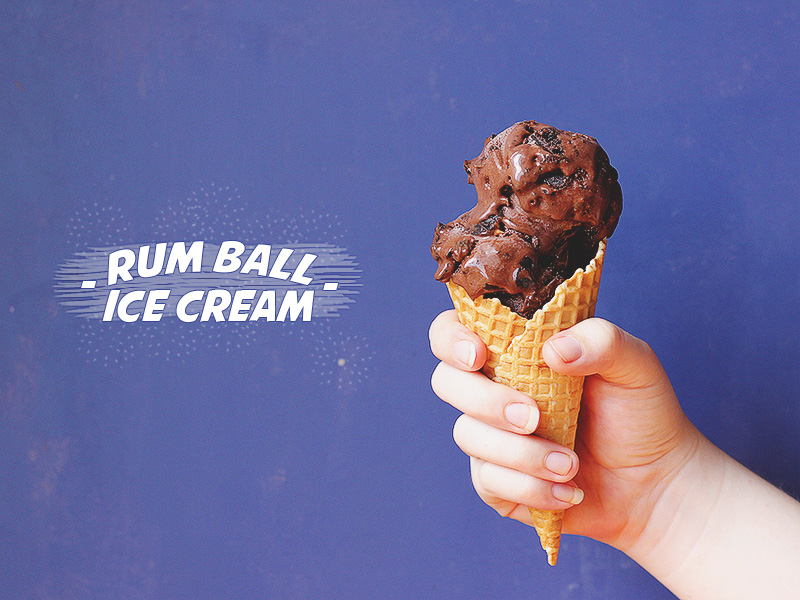 Let me roll you a chewy, chunky, chocolatey scoop of Christmas. It’s a rum ball, baby, which in my opinion is just about the most seasonal treat there is. Sugar cookies, gingerbread, even fruitcake can find homes at other times of the year. But rum balls are for Christmas and Christmas alone.

I’m pretty sure even the Grinch could make room for a rum ball, and that’s back when his heart was two sizes too small! OK, I promise never to rhyme again, but I love Dr Seuss and that was too good to pass up. 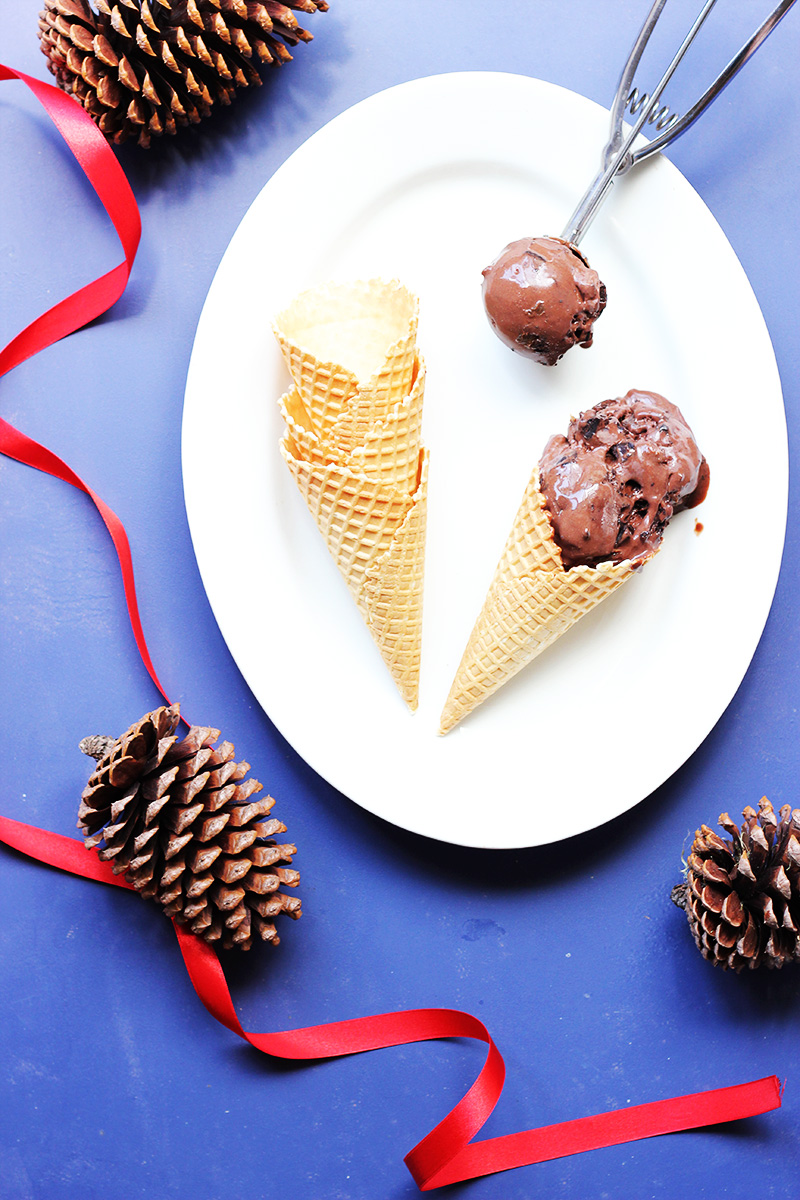 Recipes for rum balls seem to vary enormously depending on where you are in the world. Here in Australia they are a very austere treat, starring biscuit crumbs, condensed milk, raisins, cocoa and coconut. In the States, it seems like they’re more of a brownie ball. And in the UK, they have a more truffle-y bent.

This rich, super indulgent ice cream is my take on all three. It’s got a creamy cocoa-condensed milk base, and it’s studded with gooey brownie chunks (I recommend this recipe) and rum-soused raisins. It’s where fudge and brownies and rum-raisin ice cream go for a good time…and I suggest you go there too! 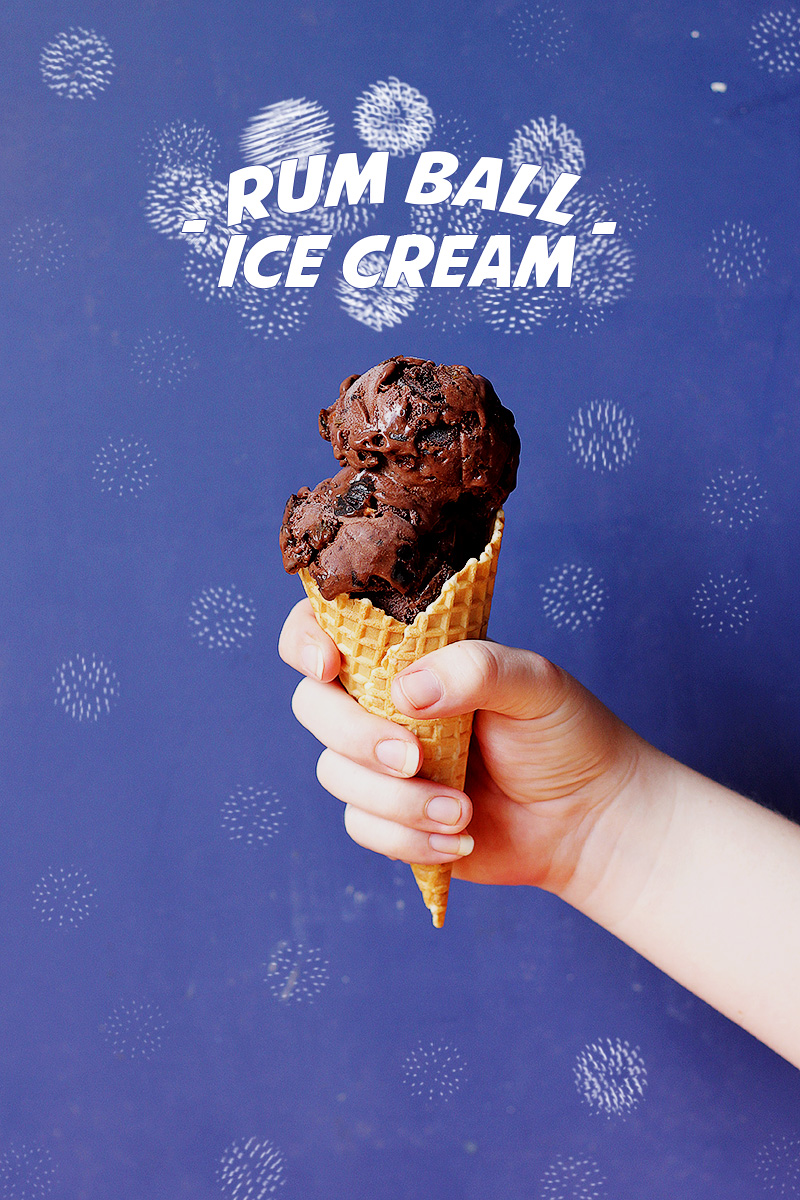