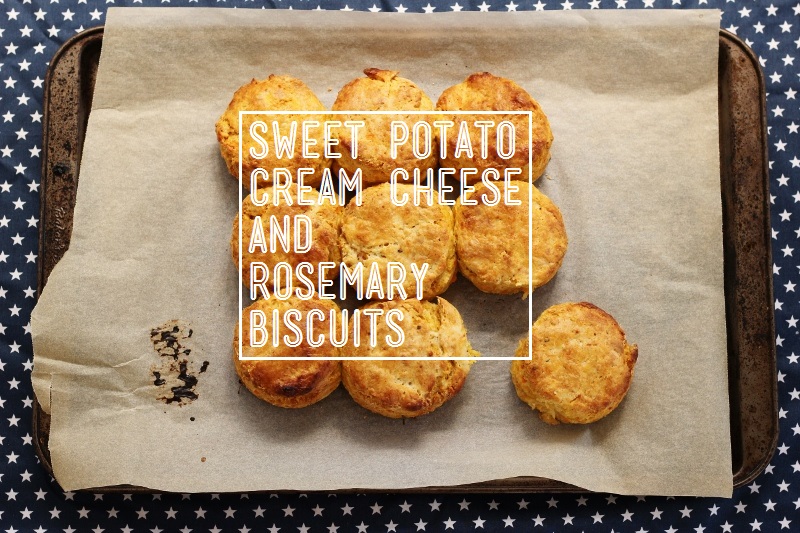 These biscuits are something else, you guys.

I did not grow up with biscuits, in fact here in Australia, a biscuit is a cookie. But now that I know and love these feather-light disks of butter and flour, there’s no turning back for me! They are most like Australian scones, but more decidedly savoury than our most-often sweet scones. I know in the US, scones are usually very sweet, most likely with a glaze or icing. Here in Australia, they are sometimes savoury, but rarely, and the sweet ones are super sweet, but we serve them with masses of jam and whipped cream, in the English tradition.

WOW – this is confusing. 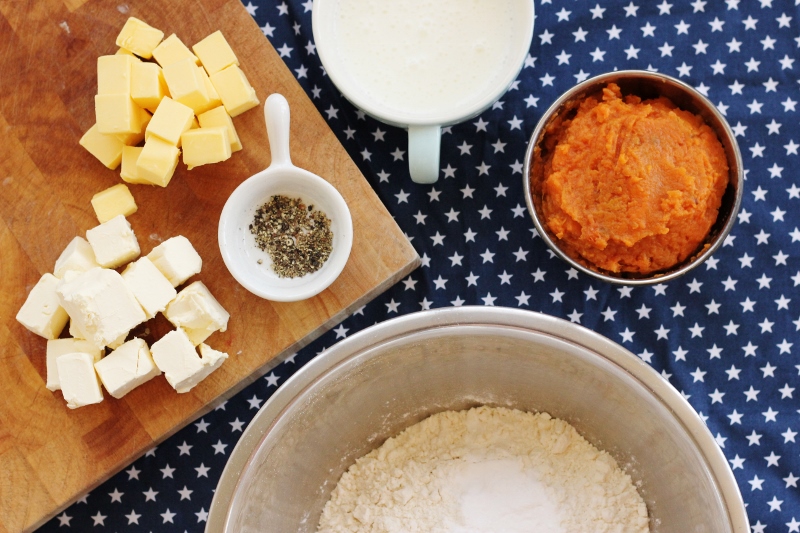 But it’s not really important. What’s important is that these Biscuits? They’re something else.

I was inspired to make them by Steph’s most recent recipe at Girl vs. Dough, for Pumpkin and Cranberry Twists. Go on, go check em out, I’ll wait…

Didn’t they look great? Well, I was so impressed by how much thanksgiving-ness (another thing we don’t have in Oz) she had crammed into them, that I was inspired to do the same. And yes, I know it’s still October, and yes, I know we don’t celebrate thanksgiving, but damn it all, I don’t care! 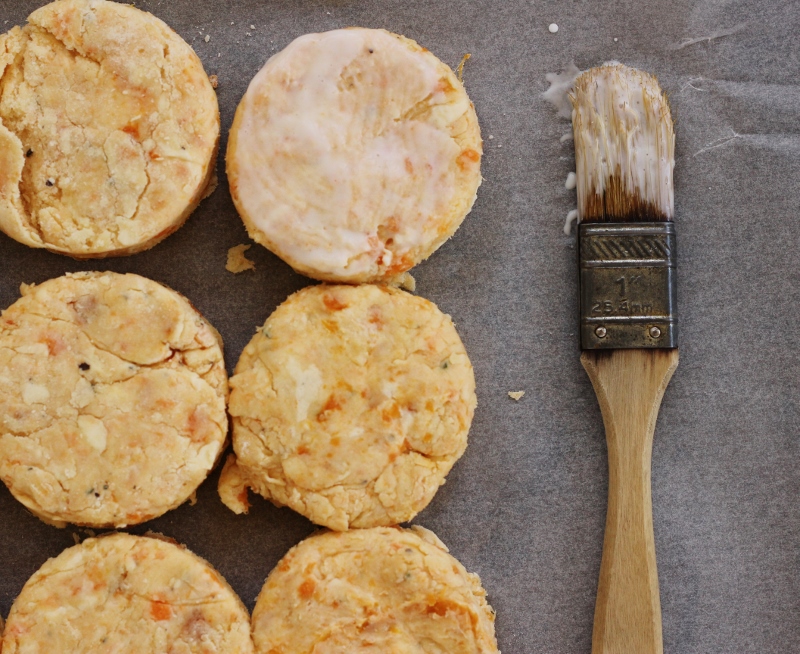 Because once the idea had struck, of making the perfect little bread to go along with your thanksgiving dinner, I couldn’t let it rest. I still had some sweet potato puree left over from when I made these Vegan Sweet Potato Doughnuts, so I knew I wanted to incorporate that. I knew I wanted a biscuit that was robust enough to stand on it’s own, so I added savoury rosemary, the perfect compliment to turkey or ham. And I knew that I wanted there to be a little of that “secret ingredient” magic that Thanksgiving is all about, so I swapped out half the butter for cream cheese.

People, these were good decisions. 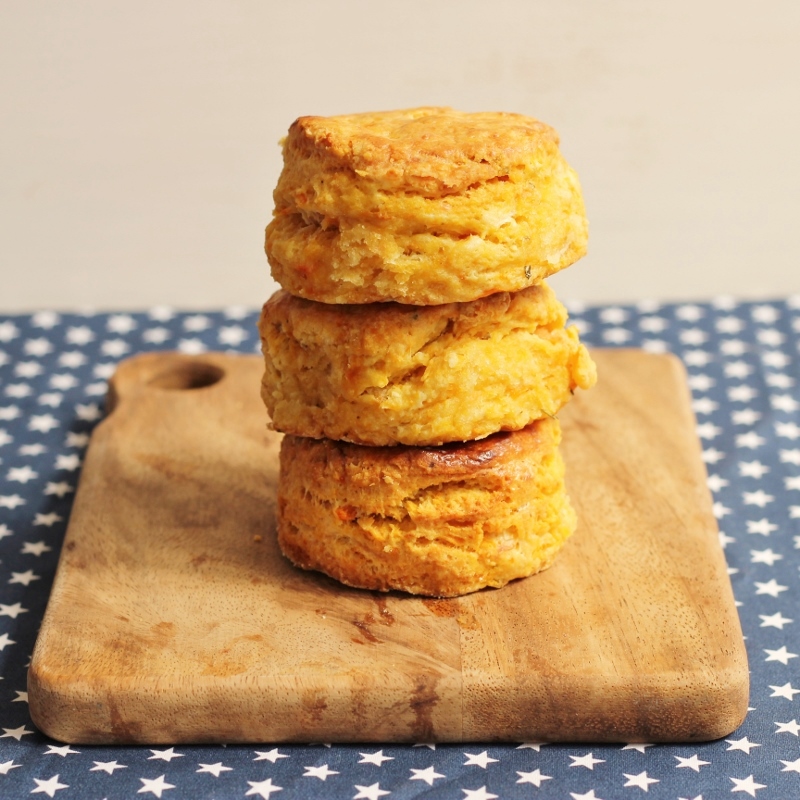 Not only did the house smell AMAZING while they were baking, but the finished biscuits themselves were awesome. Just. Awesome.

They had an earthiness from the sweet potato, which was perfectly offset by the tang of cream cheese. They were as buttery and flaky as a dream. They were tender and moist and a little crisp, and all scented with rosemary. They were like all the best elements of a thanksgiving dinner crammed into a biscuit. And that means that I did what I came here to do. 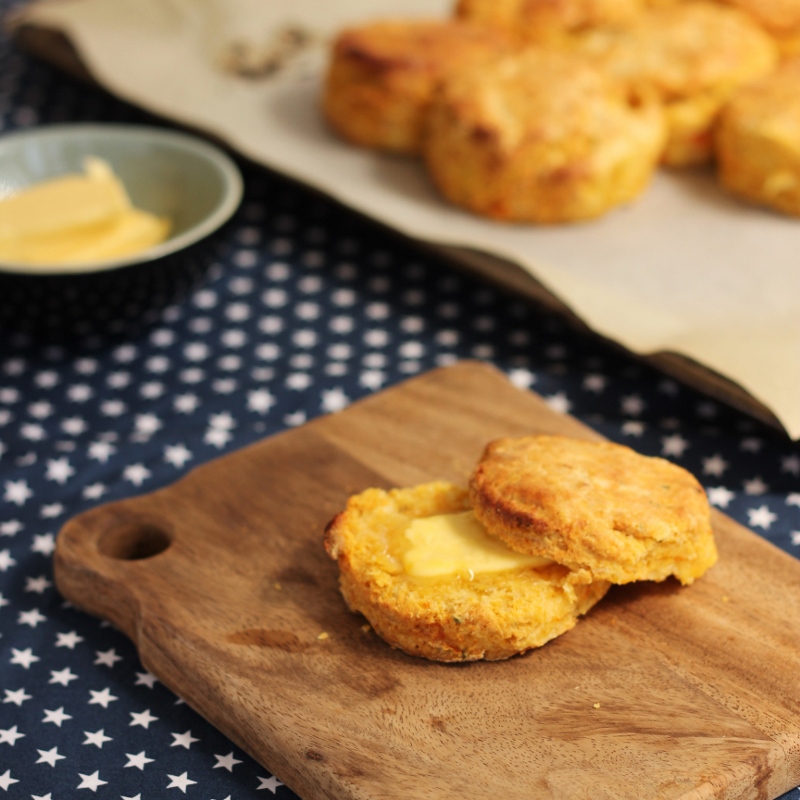 I hope you try these; I would be so honoured if I actually made it to someone’s real thanksgiving table with them. They totally deserve to be there! They are a friend to all thanksgiving dishes, and all those who are giving thanks.

But if not, they are the perfect friend to go alongside a plate of scrambled eggs, a bowl of hot soup, any roast dinner, or like I’m doing right now, just split and buttered as a snack. Try ’em out! 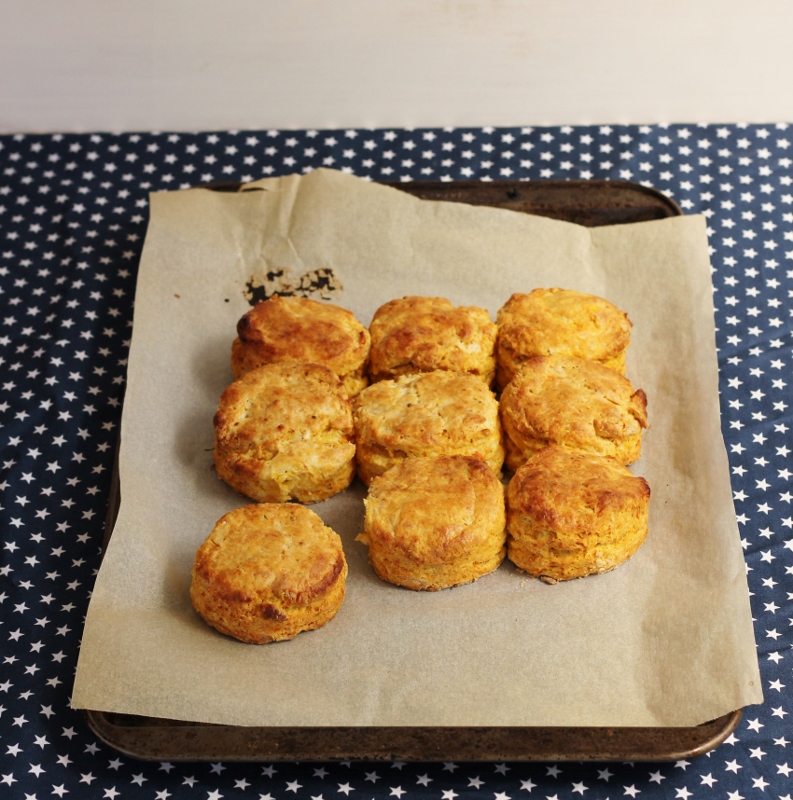 An original recipe by Sarah Coates for The Sugar Hit

Makes 9 perfect biscuits, with enough scraps for an extra weird looking one.

note: Some of my lovely readers have had some trouble getting the biscuits to rise up nice and tall. First, I would say, test your baking powder and baking soda, as these guys go off way faster than you think. Second, don’t overmix the dough, or pat the biscuits dough out too flat before you cut them, keep it at least 2 inches thick, and remember this only makes 9 biscuits. Finally, if you’re still worried, you can always use self rising flour instead of plain, or throw in an additional teaspoon of baking powder. Happy biscuit making!

1/2 cup buttermilk, plus extra for brushing

Preheat the oven to 200C. In a large bowl combine the flour, baking powder, baking soda, butter, cream cheese and rosemary. Using a pastry cutter, or two butter knives, cut the butter and cream cheese into the remaining ingredients until the mixture is pebbly, with some large chunks remaining (see picture above). In a small bowl, stir together the buttermilk and sweet potato, and then add this to the flour mixture, and stir together using a butter knife until the mixture is almost combined.

Dump the shaggy dough out onto a floured surface, and quickly and firmly press or knead it together until it forms a soft dough. The less you handle the dough, the better. Pat the dough out into a 2 inch thick piece and cut the biscuits using a 2 inch cutter. I cut out 5 biscuits, patted the dough back together, and cut the next 4. The remaining dough I just press into a ball, and bake as a cook’s treat. Place the biscuits on a lined baking tray, brush the tops lightly with buttermilk and bake for 18-22 minutes, or until golden brown and cooked through. You MUST eat one warm with butter when they come out of the oven. You MUST.