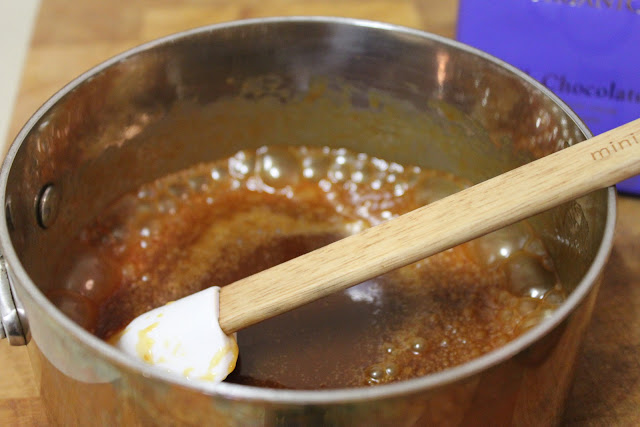 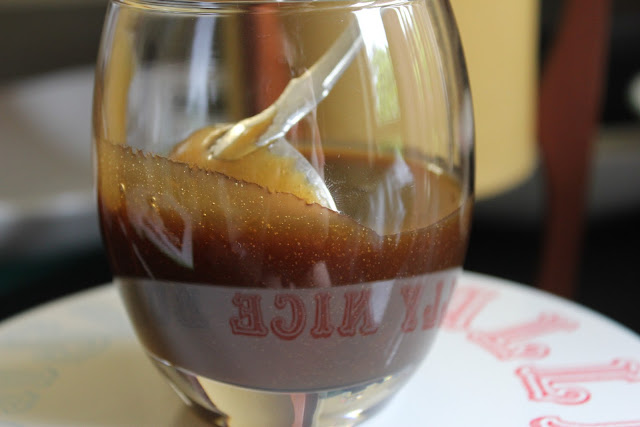 Fact is, this is one party that no-one ever seems to get an invite to. Like so many things in the cooking world, it has been shrouded with mystery and legend, and seemingly insurmountable problems that no mere mortal could overcome. Pah, I say. I tried it, I did it, and it was easy. Really easy, like ridiculously, “did I do it wrong, I thought this was supposed to be difficult?” easy. 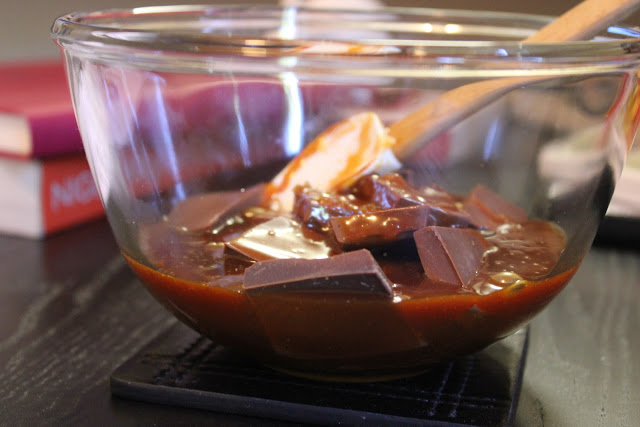 It’s like this; you get sugar and a touch of water and you boil ‘em up. Did I measure anything? Nope. Was there any strange chemical reaction that took place? Nope. Well, yes there was, but I didn’t understand it, still don’t and never will! Because it was EASY! Forget four ingredients, this is two ingredients. In fact, since no-one seems to count water as an ingredient (not sure why), that makes it one ingredient. And now you’ve got caramel. Praline is a mere chop, stir and a pour away. 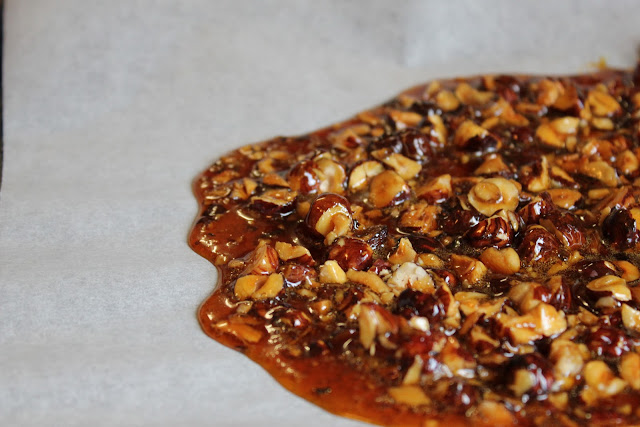 To transform your delicious caramel from mere crunchy, bitter, flavoursome sugar (not that there’s anything wrong with that) into a praline, simply select the nut of your dreams, toast it if the mood strikes, and then stir it in! Pour this mix out onto a baking paper covered sheet, and let cool to form a disc of nutty bitter crunch. Friends, you’re in flavour country. If you’re after something to serve as a crunchy accompaniment to a creamy dessert, simply cut the nuts a little finer, to emulate those sesame wafers, or indeed use sesame seeds! 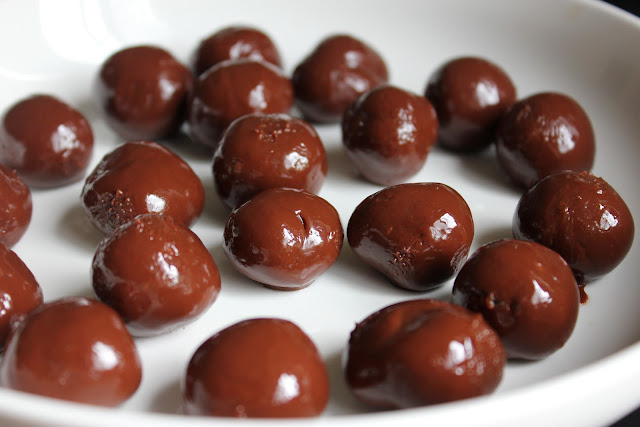 If you’re after a luscious creamy saucy of a caramel, as opposed to a crunchy confection, then stir some cream into your hot sugar. Caution: it will sputter up, but it’s hot as hell, so that’s to be expected. From there, may I suggest a splash of brandy, a slosh of bourbon, or a drizzle of some PX sherry? Do as the French do, and before you add cream, stir in some luscious salted butter, as much as you feel will bring succour to your soul (Lescure or Lurpak for preference). Serve this in a warm swathe over ice cream and live a long and prosperous life. 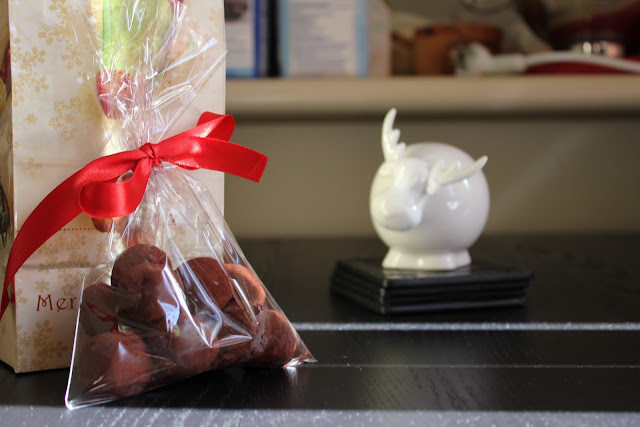 If you want to bam it up another notch, may I suggest a salted caramel truffle? Make a caramel, add cream, and then pour into twice as much chocolate, dark or milk of at least sixty percent cocoa solids. The heat of the caramel will melt the chocolate; stir them gently, lovingly, until you have a homogenous whole before refrigerating. Once the mixture is set, roll into the shiniest, most inspiring truffles known to man. Sadly, once refrigerated they will loose their sheen, but roll them in some cocoa powder, and strike down with furious anger and great vengeance upon anyone who should complain. They do not deserve an invite to the caramel party.
Tags from the story
Caramel, Chocolate, Hazelnut, Praline, Sauce, Sugar, Truffles
0
Facebook Twitter Pinterest
Google + LinkedIn Email
Written By
sarah
See More