CAKE TIME! I’d like you to meet my new favourite ‘plain vanilla’ cake recipe. Except it’s NOT just plain vanilla! It’s brown buttah baby. And it also has plenty of beautiful vanilla bean paste. And it’s made with buttermilk, too!

So it has a little extra tang, it’s beautifully moist, it’s got some nutty complexity and plenty of fragrance too. Winner, winner, layer cake dinner. 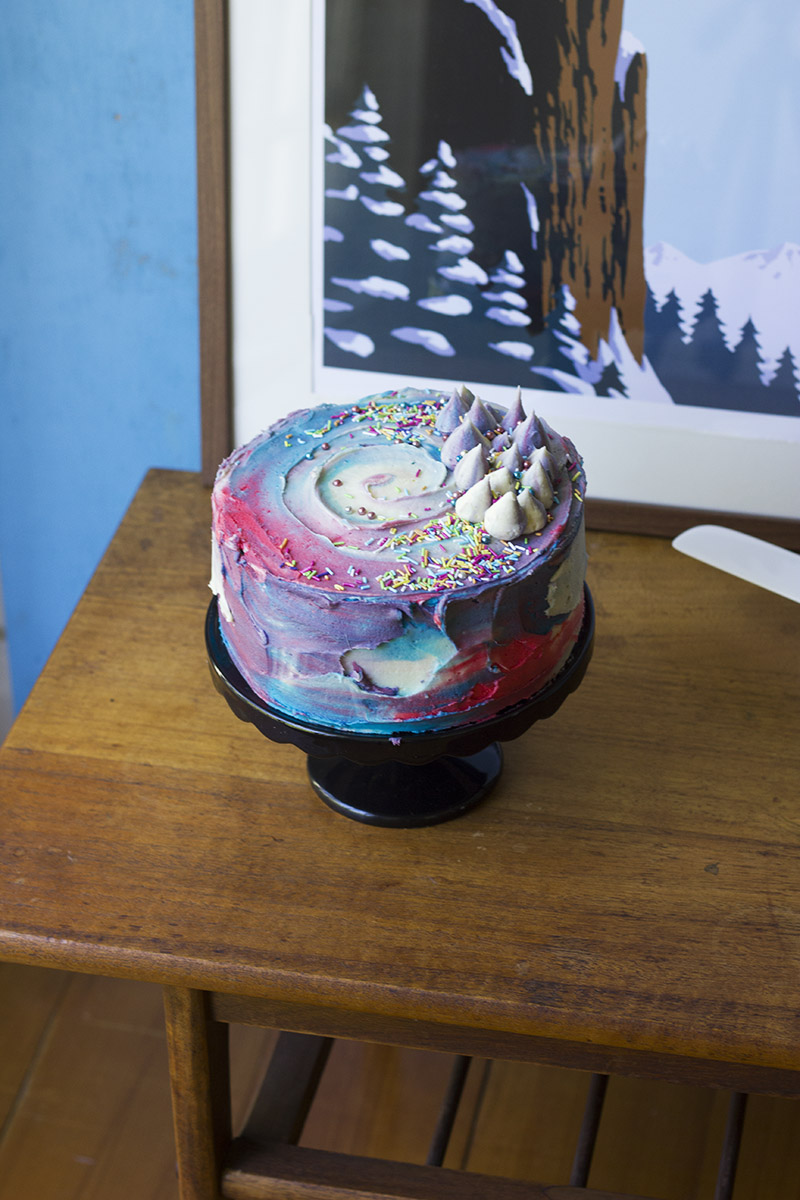 The other AWESOME thing about this cake is that it’s a melt-and-mix situation. So all you need is a big bowl and a wooden spoon, no heavy machinery, no butter to soften, no beating and creaming required. PERFECT if you, like me, can never remember to get butter out to soften.

Especially if it’s your birthday, and you realise that you’re a food blogger and your blog is called The Sugar Hit and you’ve completely forgotten to make yourself a birthday cake! (Don’t worry, I did have Birthday Key Lime Pie) 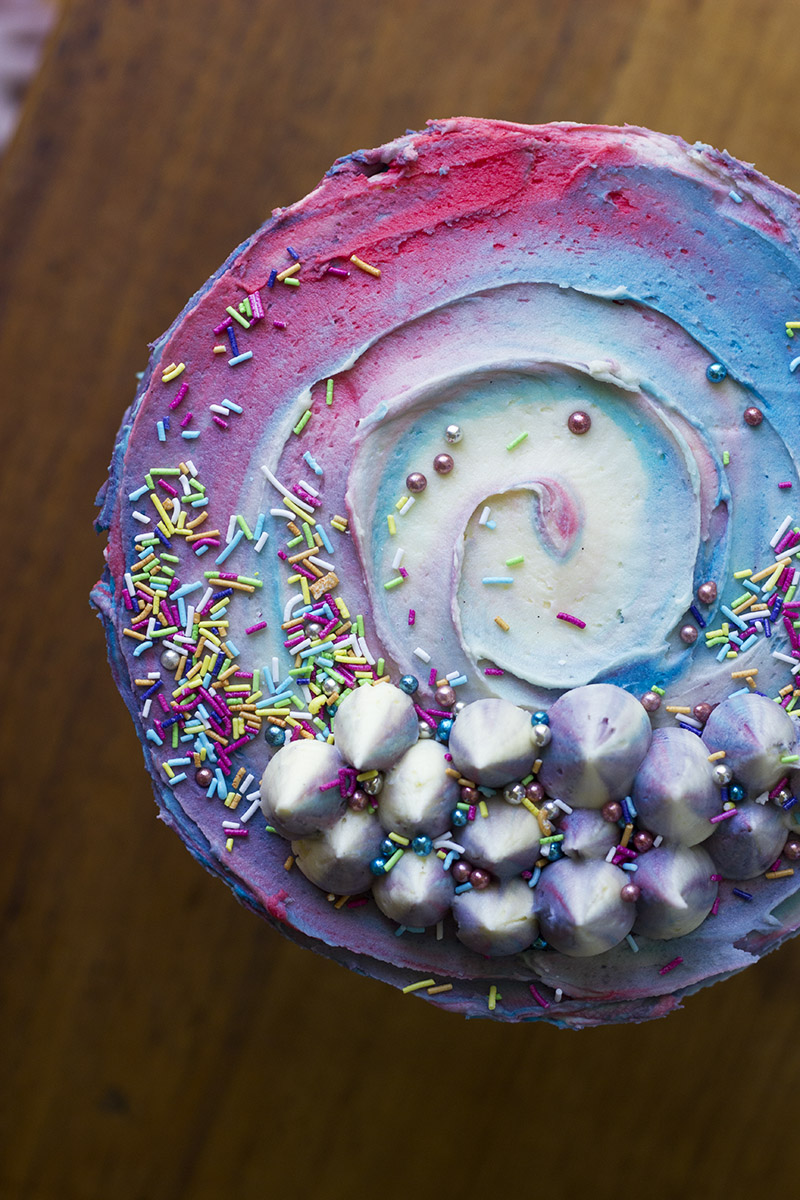 The idea for the cake recipe came from the fact that I often find cakes that start with ‘cream butter and sugar’ to be a little dense and dry, a little too poundcake-y. They’re delicious in their own way, but they’re a little too heavy for all the frosting and filling of a full on layer cake. So, what to do? 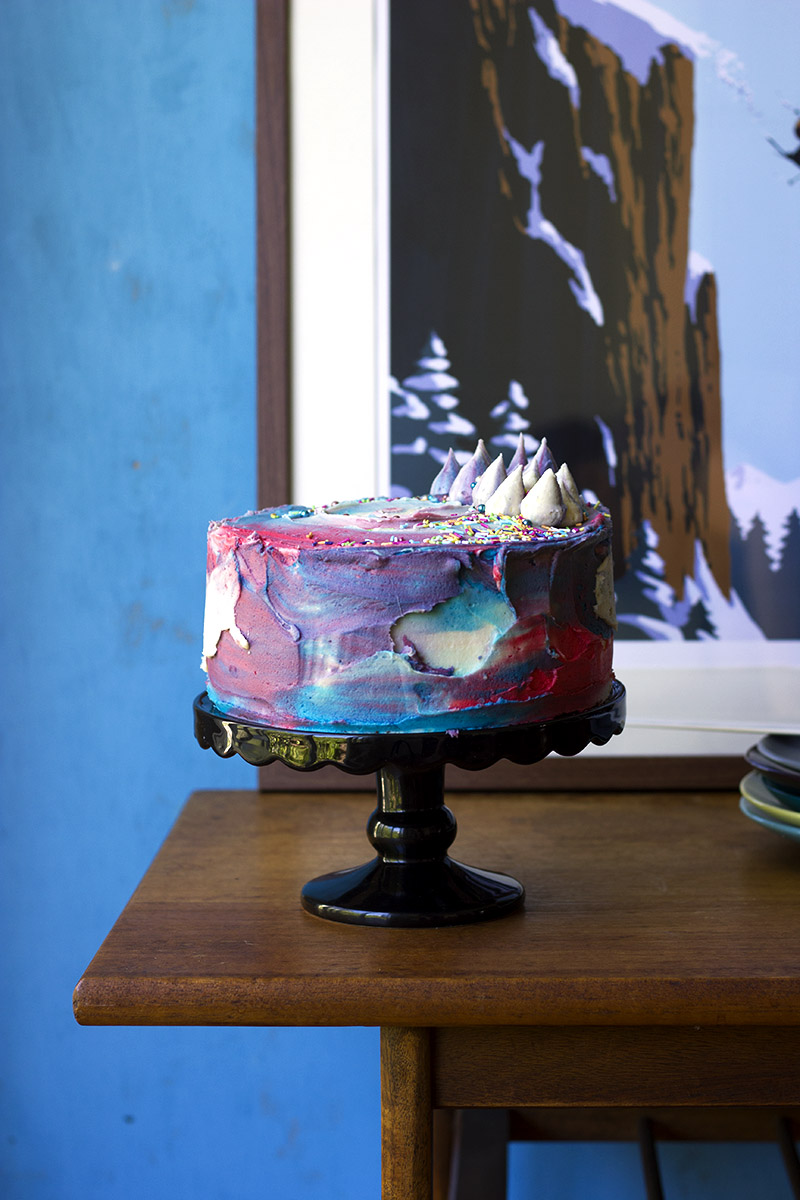 Then I wanted to jack up the flavour as much as possible, and oil is bland as hell, so I switched in some browned butter and added plenty of vanilla bean paste. I used buttermilk for my liquid, to give flavour and that lush texture and after a few misfires… TA-DAAAA! Tasty, easy, one bowl cake PERFECT for frosting and filling. 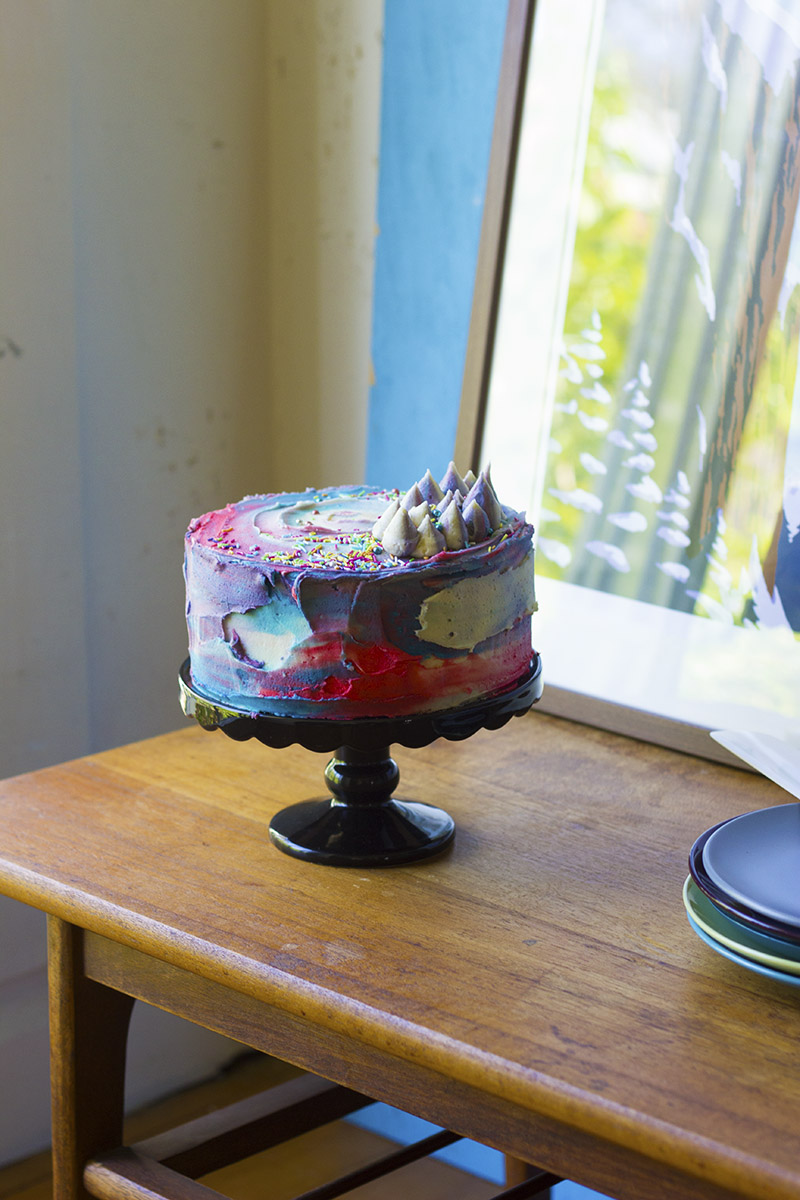 To frost this bad boy, I made a big old batch of vanilla buttercream, sliced each of my cakes into two and layered them up. Then I crumb coated the cake and slammed it into the fridge.

For the sick, swirly, almost camo-style coating (so 90s!) I took the rest of the icing, divided it into three, tinting one third blue and another third pink and leaving the last third white. Then I blobbed the icings all over the cake, and finally went over it with a big, clean palette knife. I piped the remaining icing into a weird little mountain-range on the top and sprinkled over a scattering of assorted sprinkles.

Also HOW FREAKING COOL IS MY HAT! It’s from an awesome cupcake bakery in Melbourne called Cupcake Central and I haven’t taken it off for about three days, because I’m in love with it. Their motto is ‘Hatch That Dream’ and their cupcakes are beautiful and very inspiring – I want to move into their store! Definitely check them out if you’re ever in Melbourne!

Anyway – I hope you try this one out lovelies! Have a great weekend! 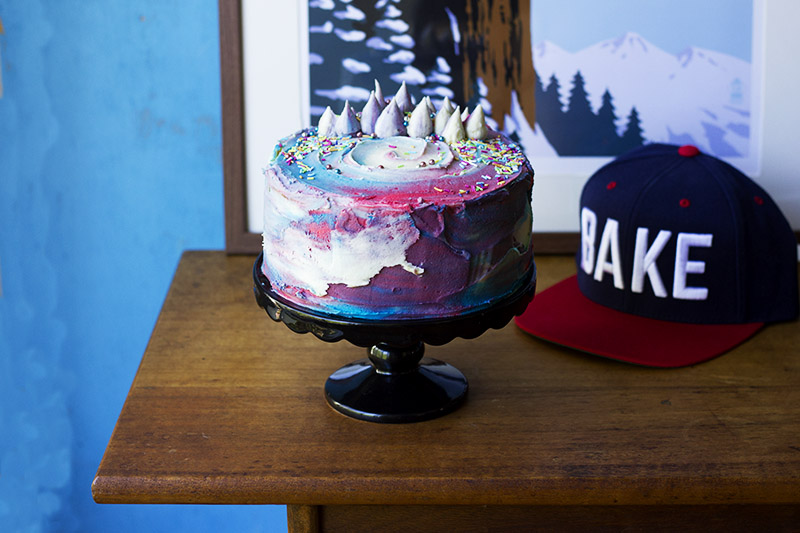 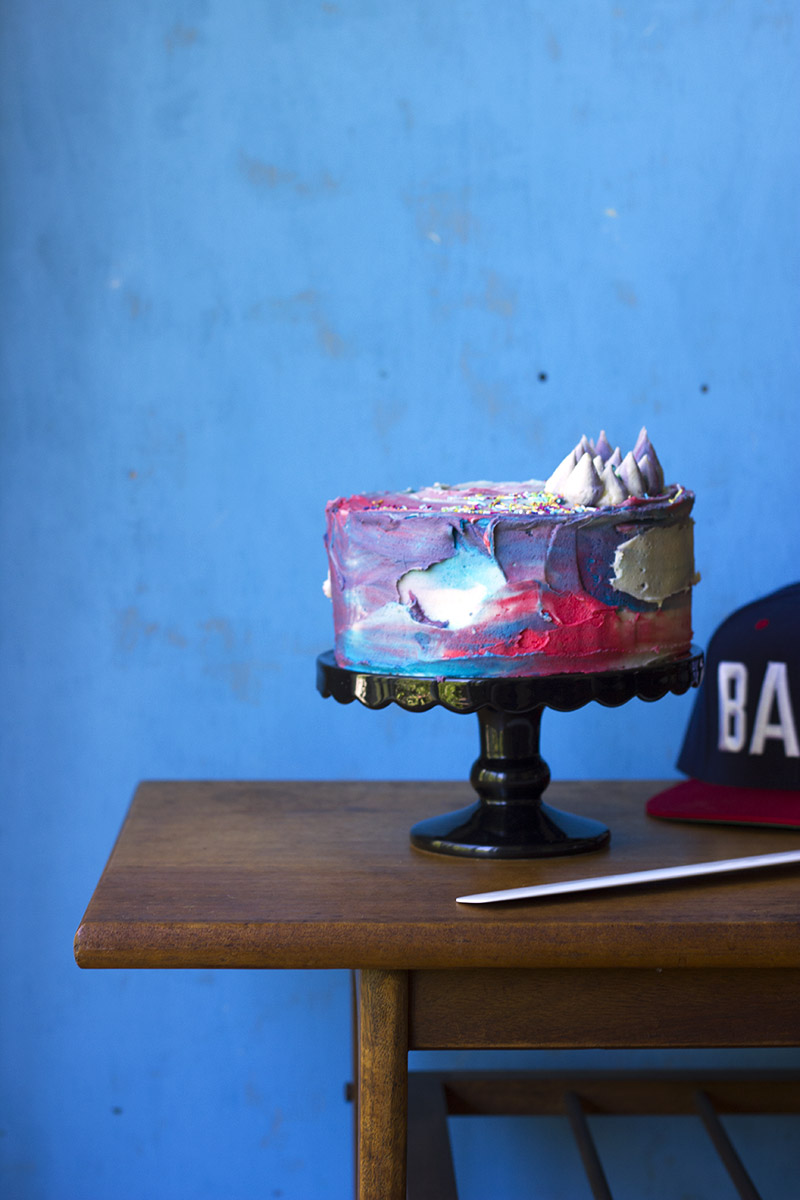