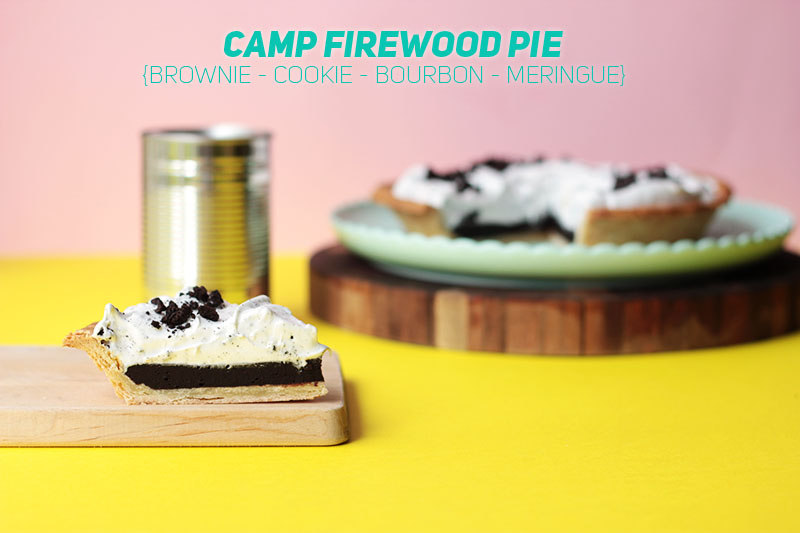 In homage to a movie and TV series that just sky rocketed into my life, I created this pie. Camp Firewood Pie. Named for the fictional camp at which Wet Hot American Summer both the movie (2001) and the TV series (2015) take place.

As if we needed any further empirical evidence that Paul Rudd does not age, or that everything Amy Poehler does is awesome, WHAS just went ahead and swooped in, proving both of those things to be completely true. (Seriously, Paul Rudd? Your face, bro? Why no aging?) 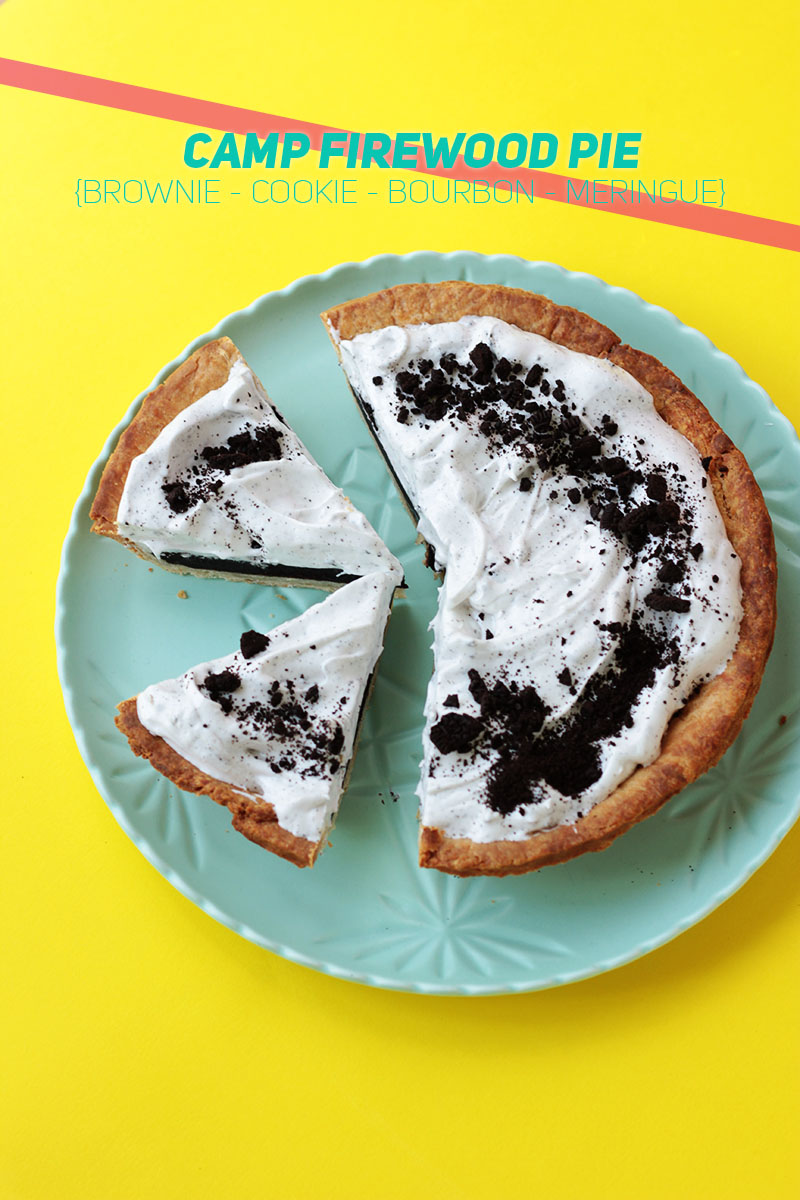 Because I only know one way to celebrate awesome things, I hit the kitchen to create my homage. The Camp Firewood Pie is what I came up with. To start with, it’s a pie, so it’s already super American, and it’s filled with brownies, bourbon and oreos, so that’s a quadruple hit of Americana right there.

The topping is a cookie-rippled marshmallow-meringue, which brings a s’mores flavour into the mix, which I think is perfect because s’mores are THE food of the summer camp, amirite? (No really, am I? I’ve never been to summer camp…or the USA) 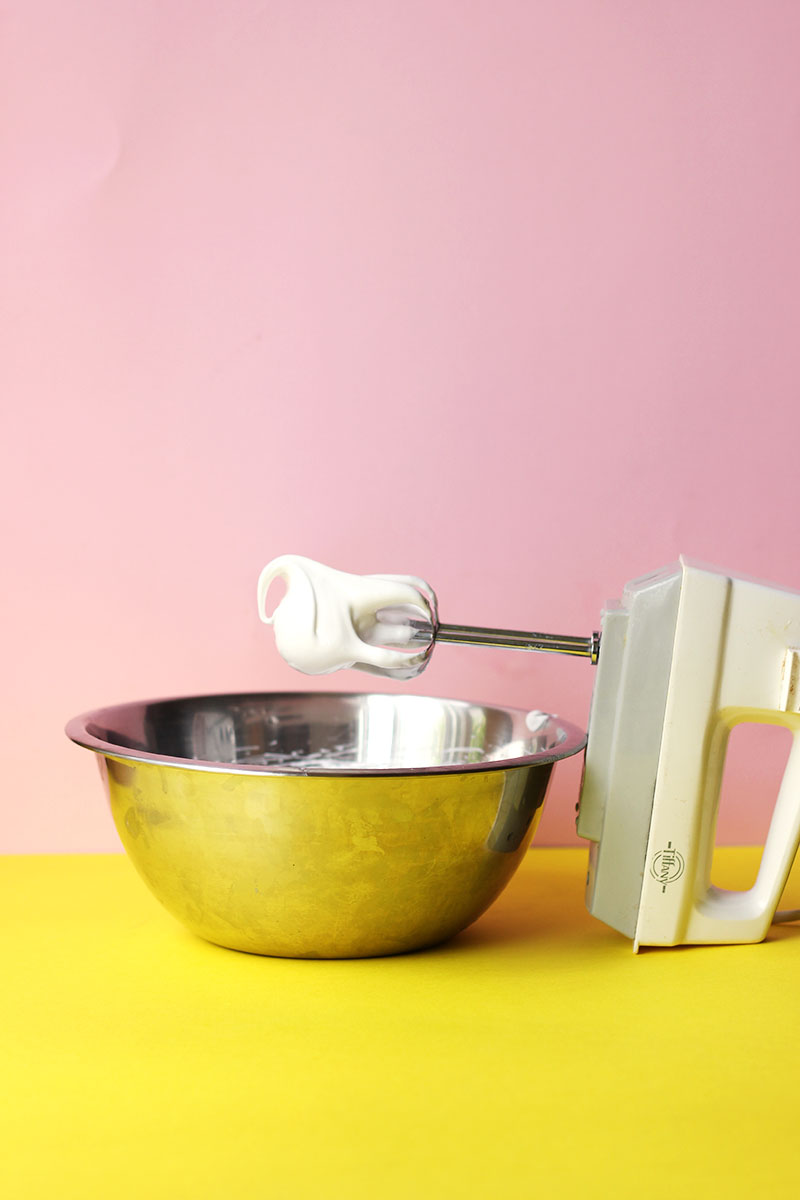 Since the show is set in 1981 (9 years before I was born) I busted out this awesome Tiffany brand mixer that used to be my Mum’s, which I assume is from at least 1981, if not earlier.

If the fact that I literally just took this from my Mum and Dad’s house when I moved out, and they were totally cool about it (though it left them with no mixer) doesn’t prove how supportive they are, then nothing will. I mean, look at that thing! It’s never going to die. 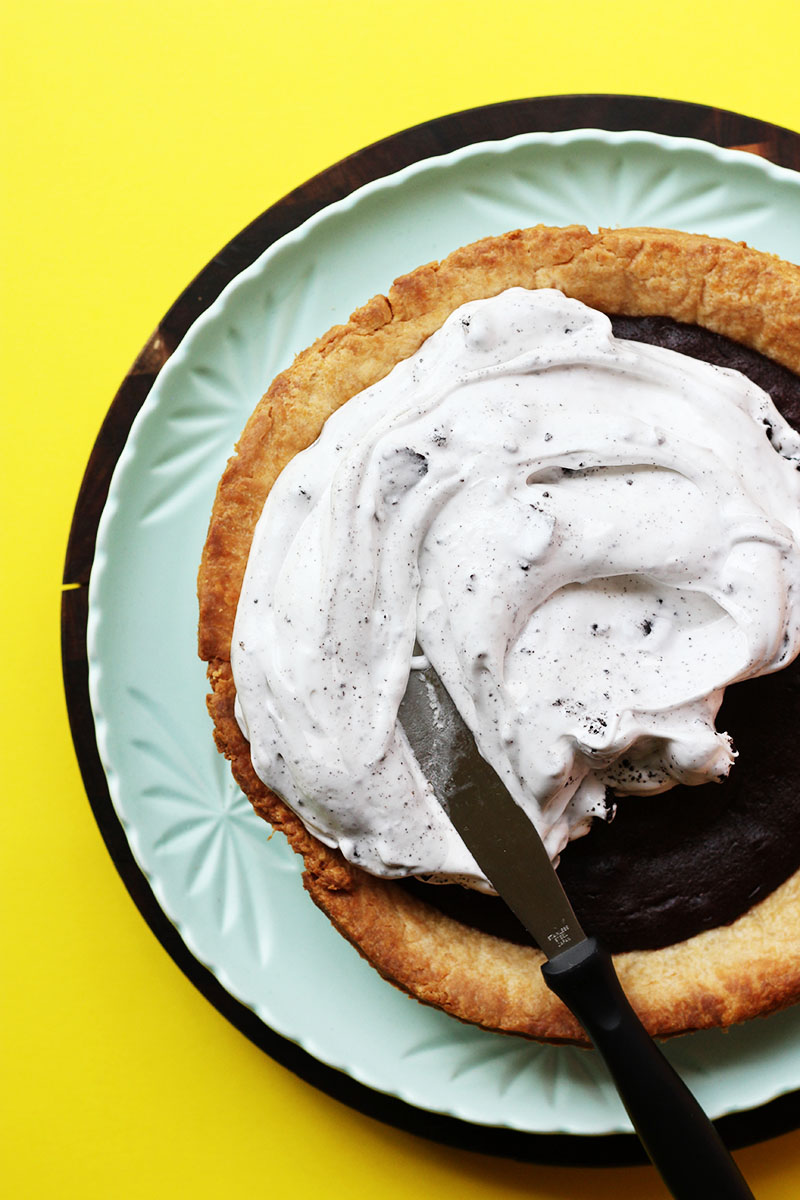 Back to the pie at hand. My boyfriend has repeatedly said that this is the best pie he’s ever had. And if you’re a fan of cookies n’ cream Pop Tarts, then you will definitely love this.

The crust is buttery, and not at all sweet. The brownie is dark and dense and bittersweet, and spiked with unexpected bourbon which seemed fitting for Camp Firewood. And the cookie-meringue topping is light and sweet and awesome. 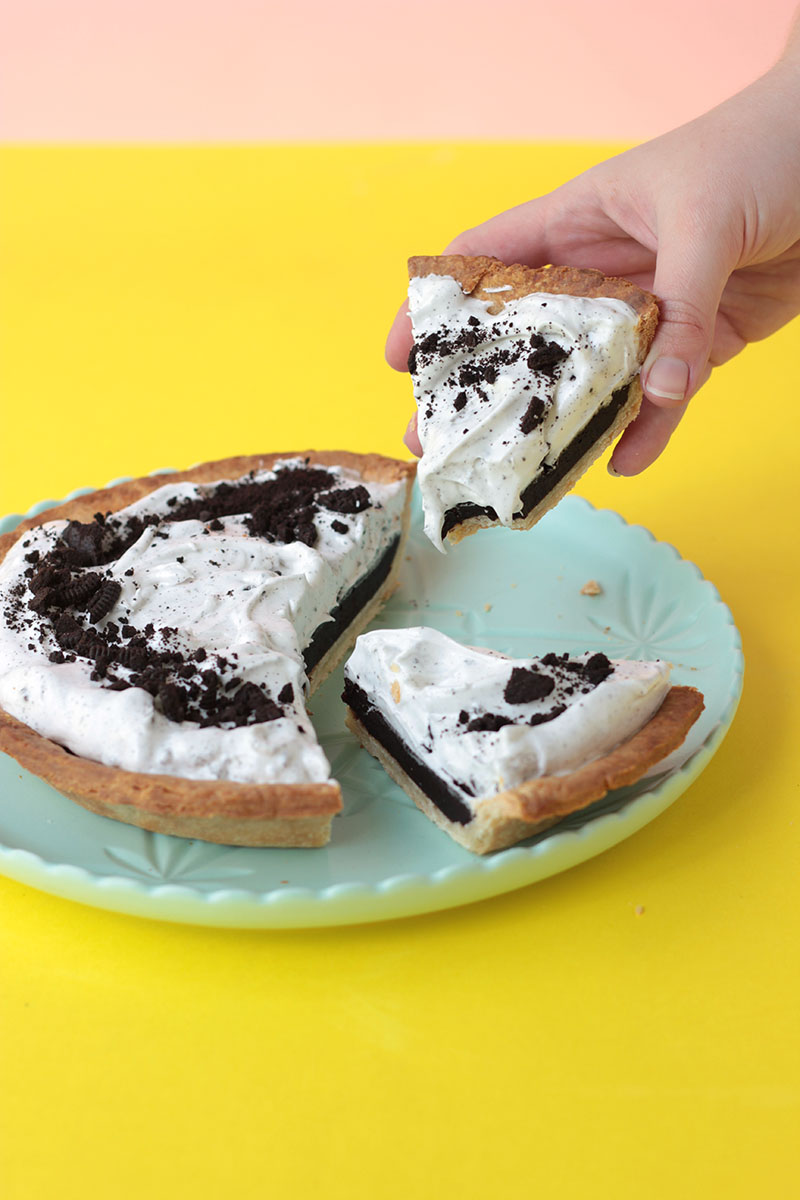 No part of making a Camp Firewood Pie is hard, but each step does require a little hanging around. The crust needs to blind bake, then the brownie needs to cool, and then the meringue needs to be whipped up and slathered on.

So I recommend doing the crust/brownie part of this on day one, and then the meringue/eating part on day two. Or in other words,  be prepared, be enthusiastic, and leave your bullshit attitude and baggage at the door because we don’t need it! (<—quote from WHAS) 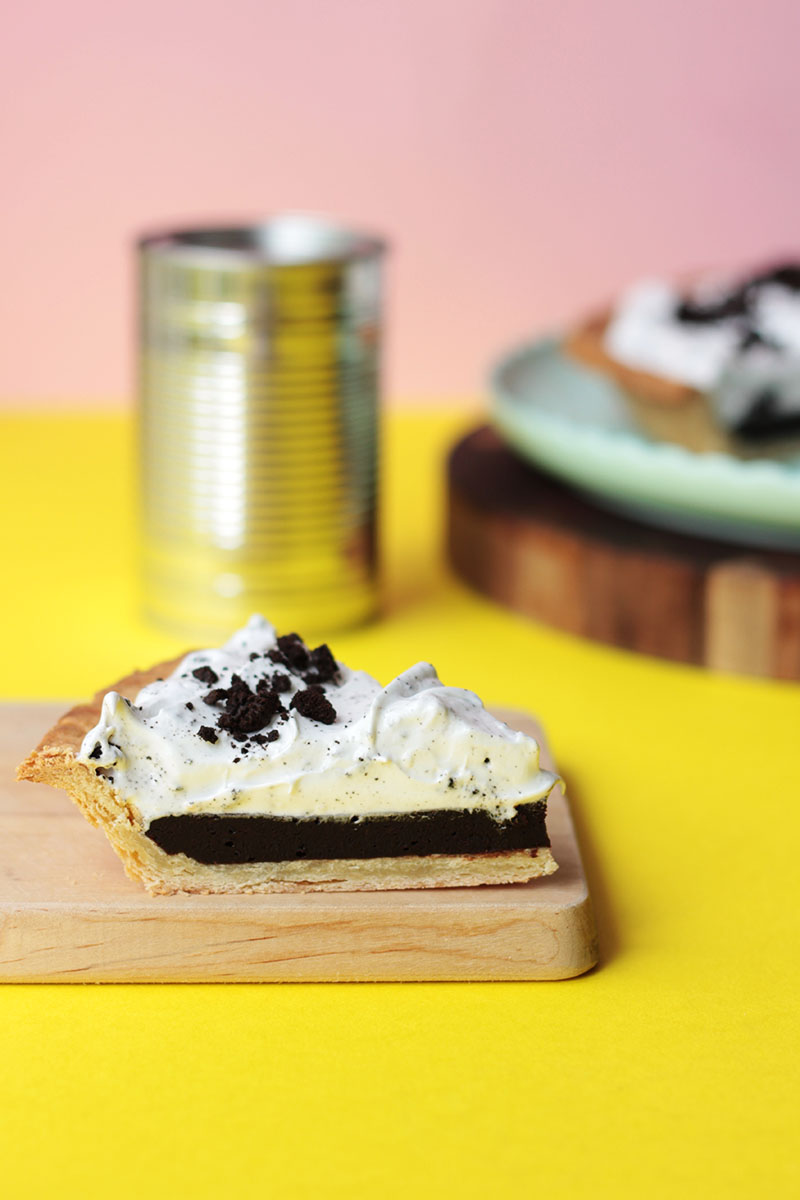 Anyway, I hope you plan your week around this post. Like, you should make this pie so that it’s ready on Saturday night, and then rent out ALLL of the Wet Hot American Summer, and eat this pie and watch that show. And then maybe you will understand why there is a random empty can in these photos. 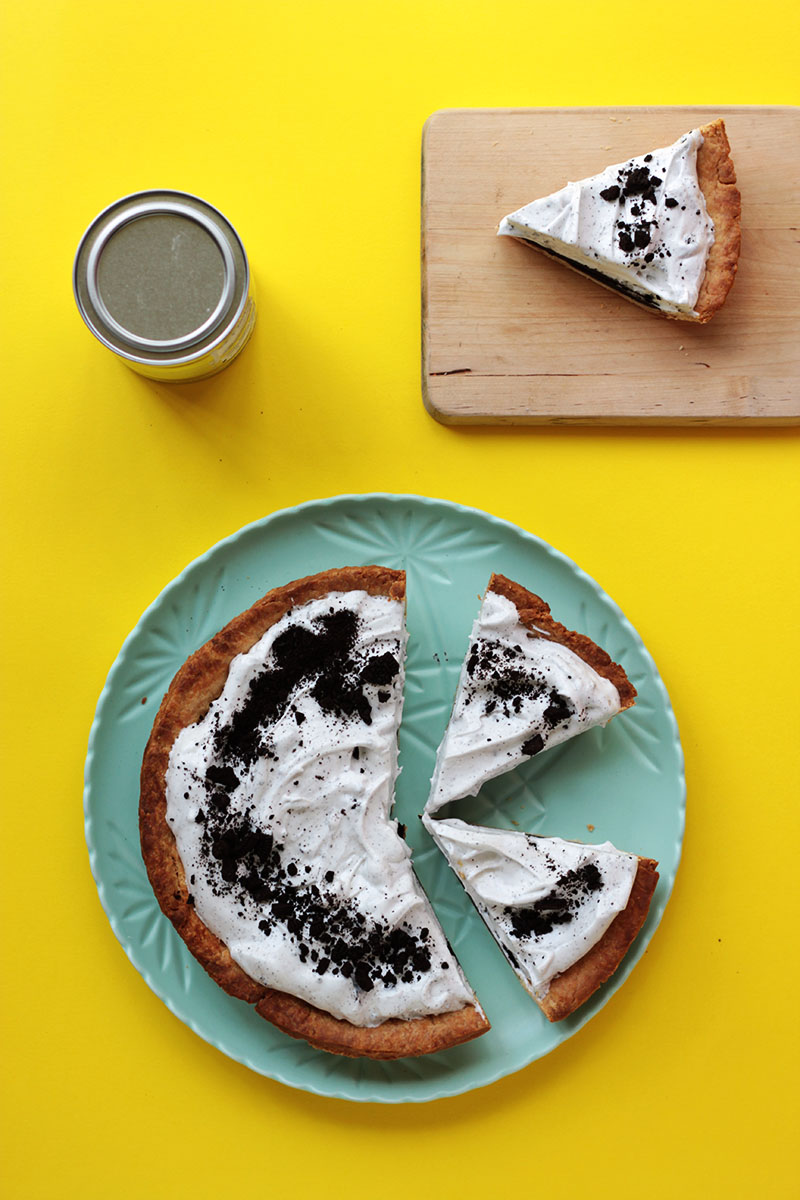 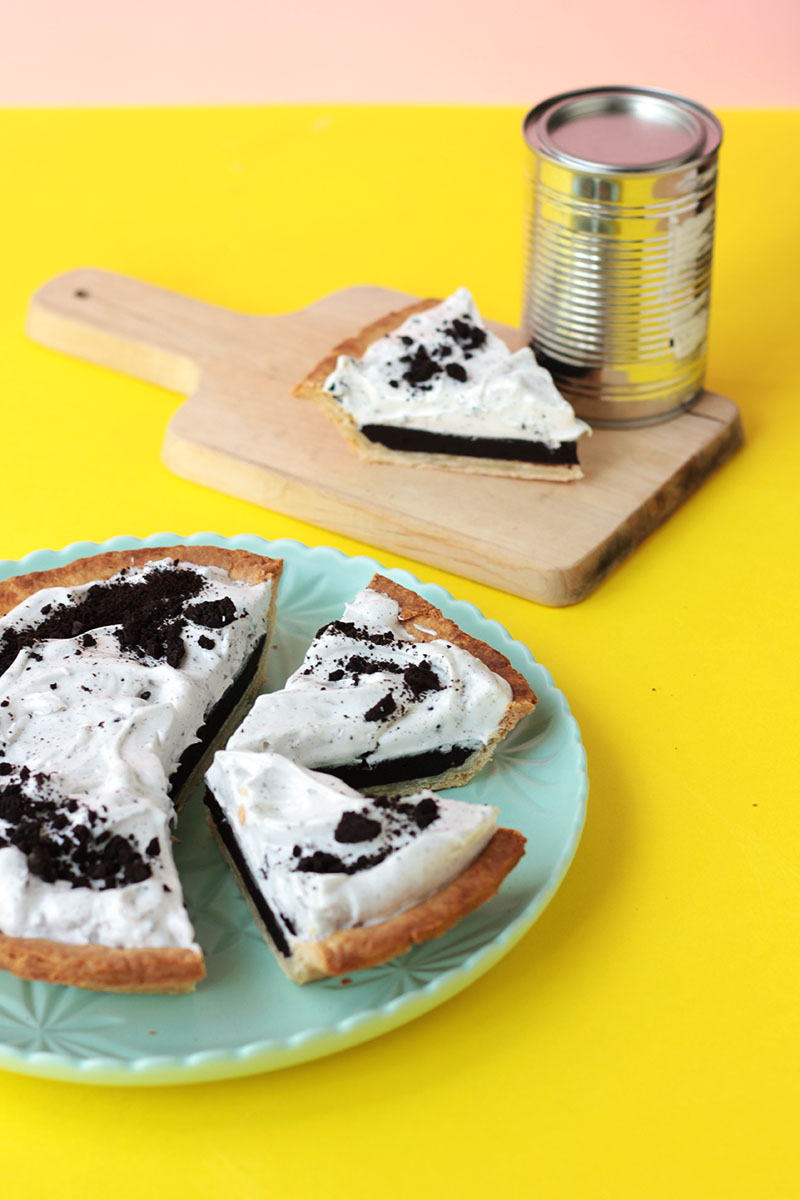 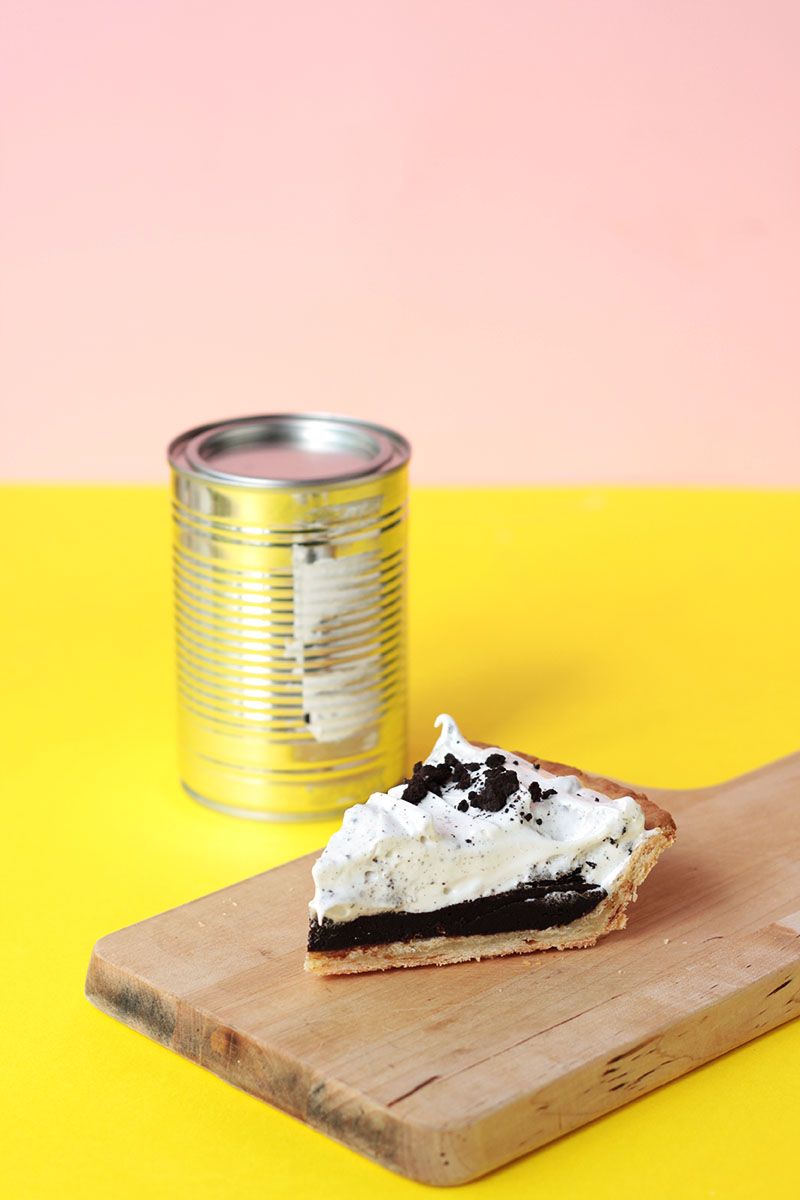