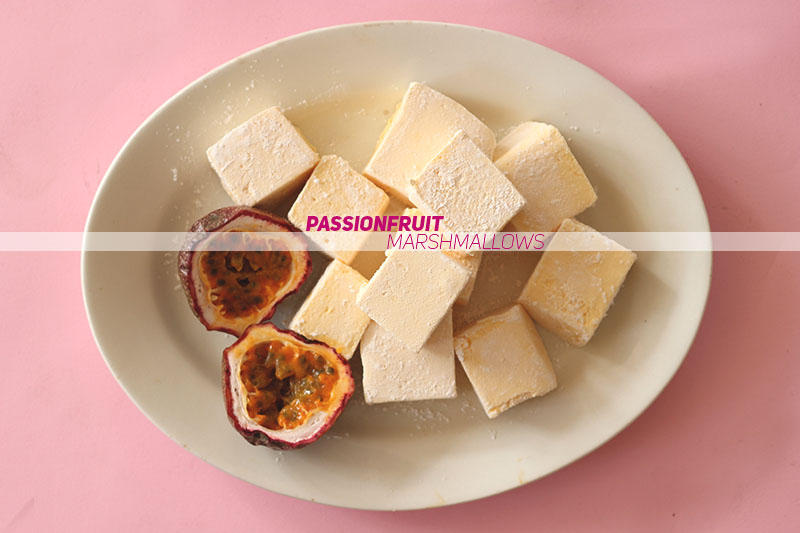 Here’s a secret for you – I used to HATE passionfruit. With a furious passion. The same passion with which I currently hate kiwi fruit (I love kiwi people, just can’t stand those weird fuzzy egg-shaped fruits with their tasteless green innards).

Passion fruit and me was a non-starter. I think it was entirely the texture, to be honest. I’m so sorry to have to use this terribly gross adjective, but there’s no other word for it: snotty. 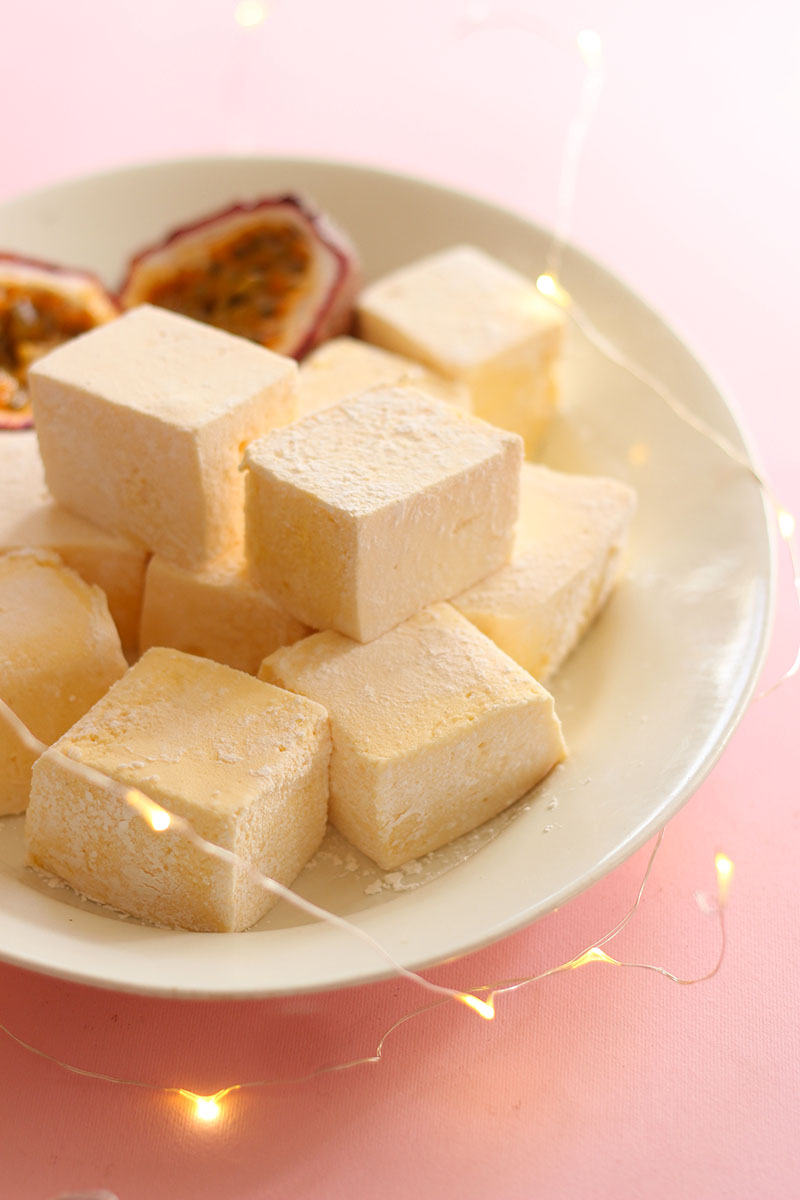 I have learned to love the p-fruit. In fact, now it’s absolutely my favourite tropical fruit. And the cool thing is, that living as I do in a sub-tropical city (we’re just shy of the tropic of Capricorn), there are passionfruit vines growing everywhere.

I love a cheeky urban-forage. I figure, if the fruit is outside of a person’s property, then it’s fair game! And also if I’m very quick, and very quiet and only take a few, shh, run! 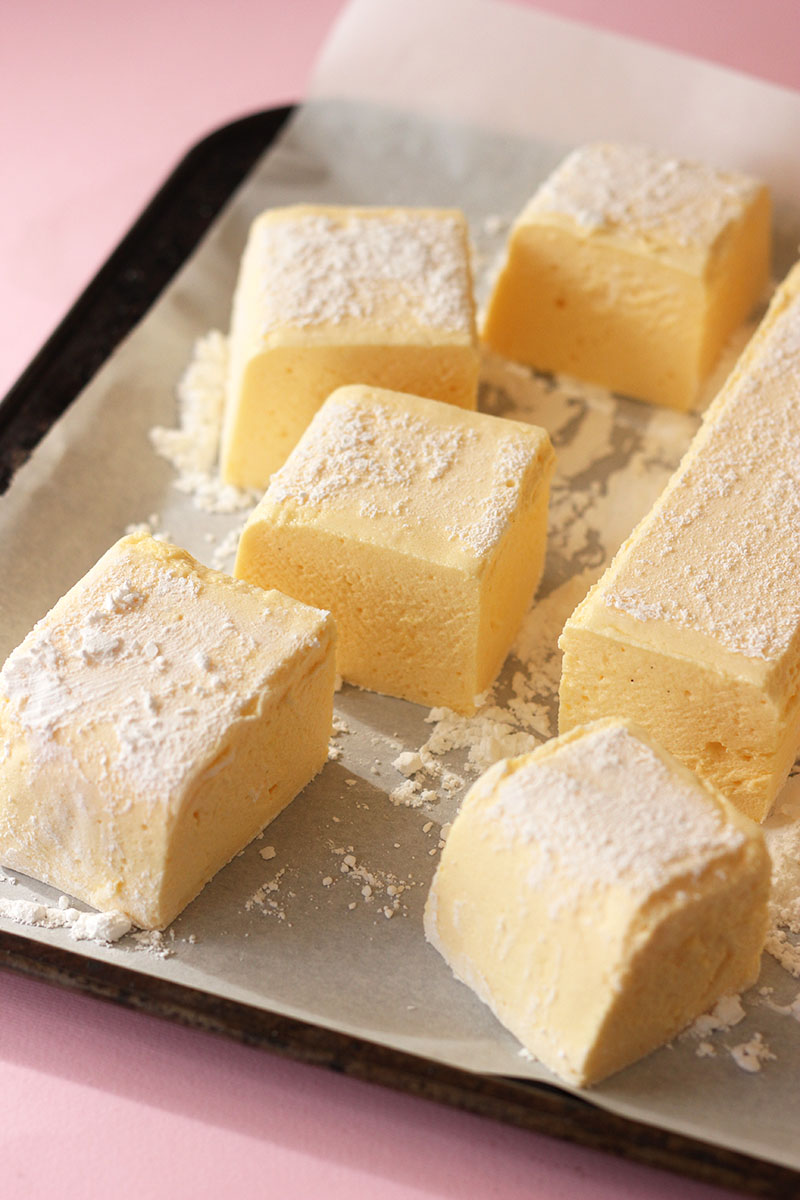 I used to think that passion fruit curd was the highest goal a passionfruit could aspire to. But now, having tried these ridonculous Passionfruit & Vanilla Bean Marshmallows, I know the truth.

These are the greatest marshmallows of all time. I will probably make other varieties in my life, but I can’t imagine they will be as nice as this. 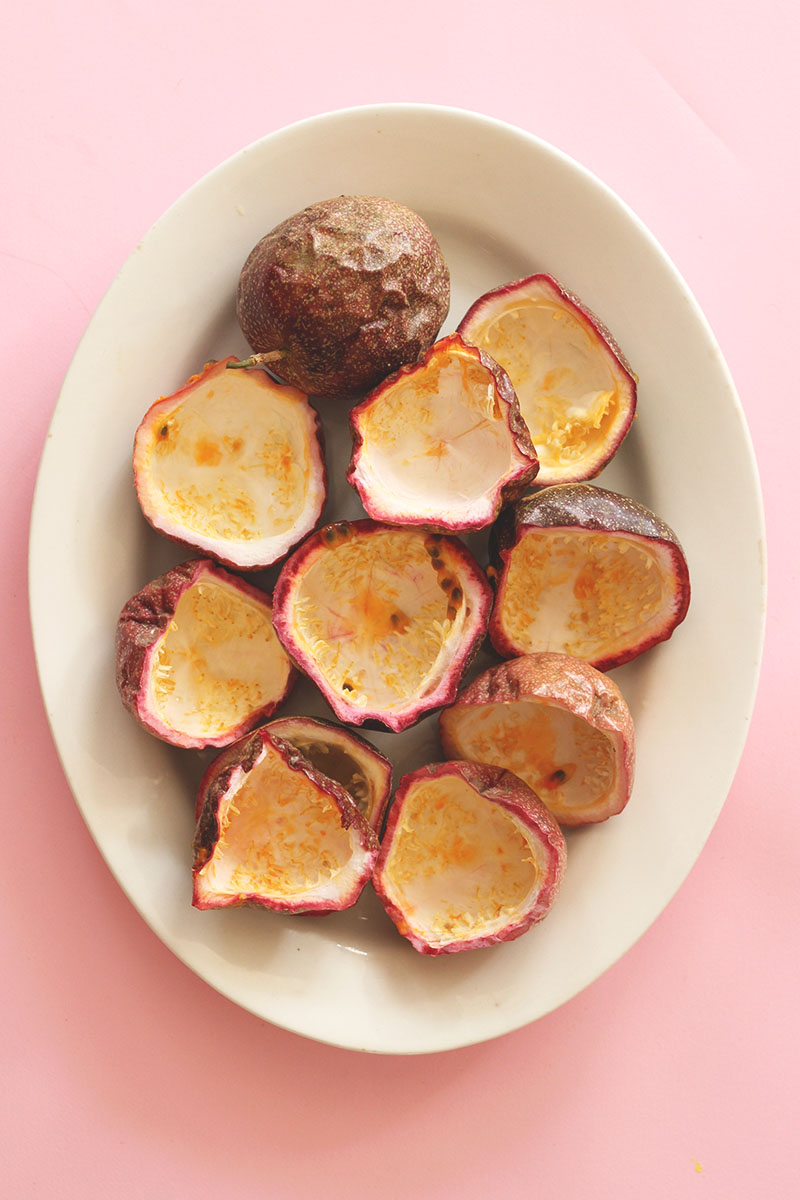 The gorgeous, primrose yellow of these marshmallows comes entirely from the passion fruit, though I seemed to get an especially bright orange-yellow batch, so others may turn out a little paler.

Imagine one of these floating in a cup of dark hot chocolate. Or torched and used as a layer in a decadent chocolate cake. Or studding a batch of white chocolate rocky road. Seriously. 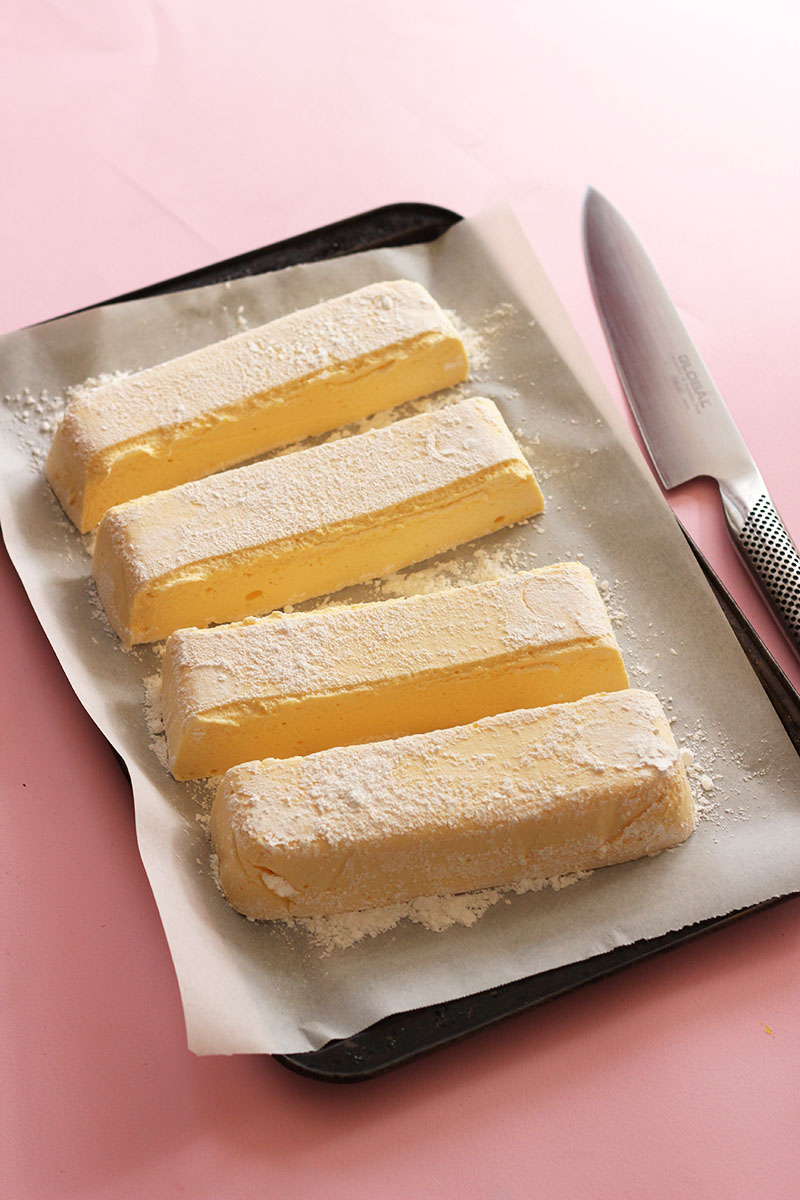 The only thing is, this is candy-making. So you do have to be precise. You will need a sugar thermometer, and either a standing mixer, or a very brave friend to hold the bowl and whisk, as you stream in the sugar-syrup.

Save for that bit, which is really no more scary than draining a pot of pasta, these are pretty simple to make. Just follow the steps like any other recipe, and be prepared for deliciousness. AND DON’T FORGET TO TOAST ONE! 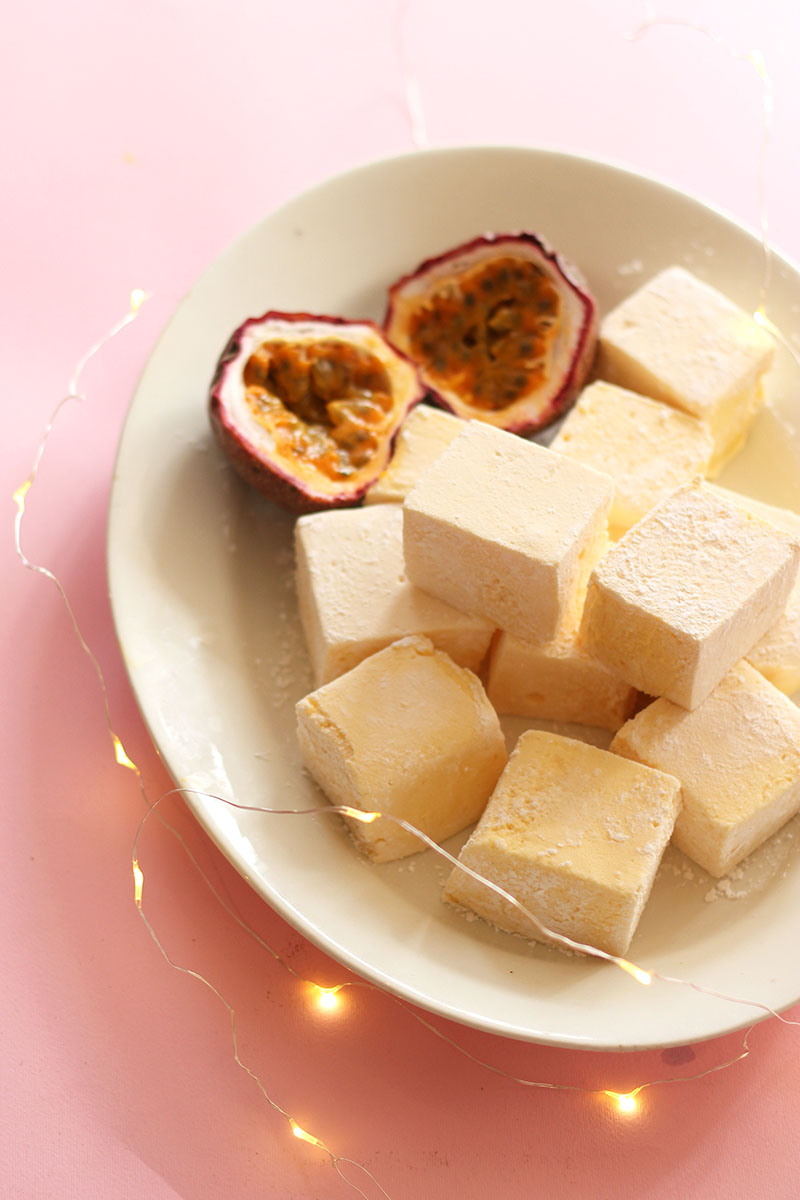 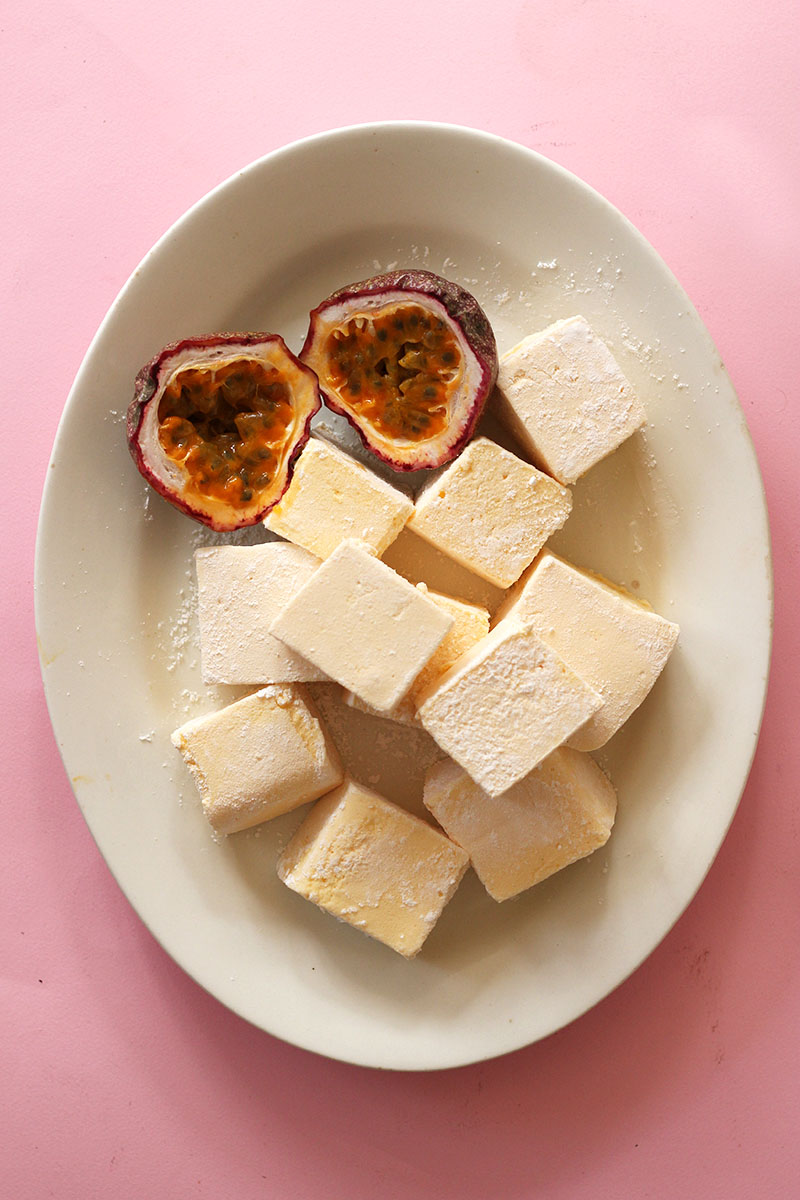