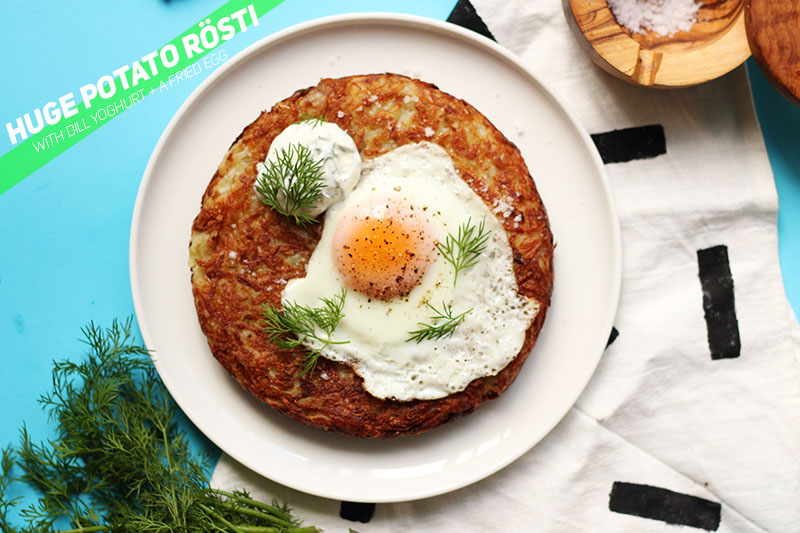 When it comes to comfort food, potatoes are king. That filthy, dirt covered tuber that we of Irish descent (and pretty much everyone else) seem genetically disposed to adore – it just can’t be beat. As Nora Ephron said, there’s nothing like potatoes when you’re feeling blue. Well, she said mashed potatoes, but I feel comfortable paraphrasing. 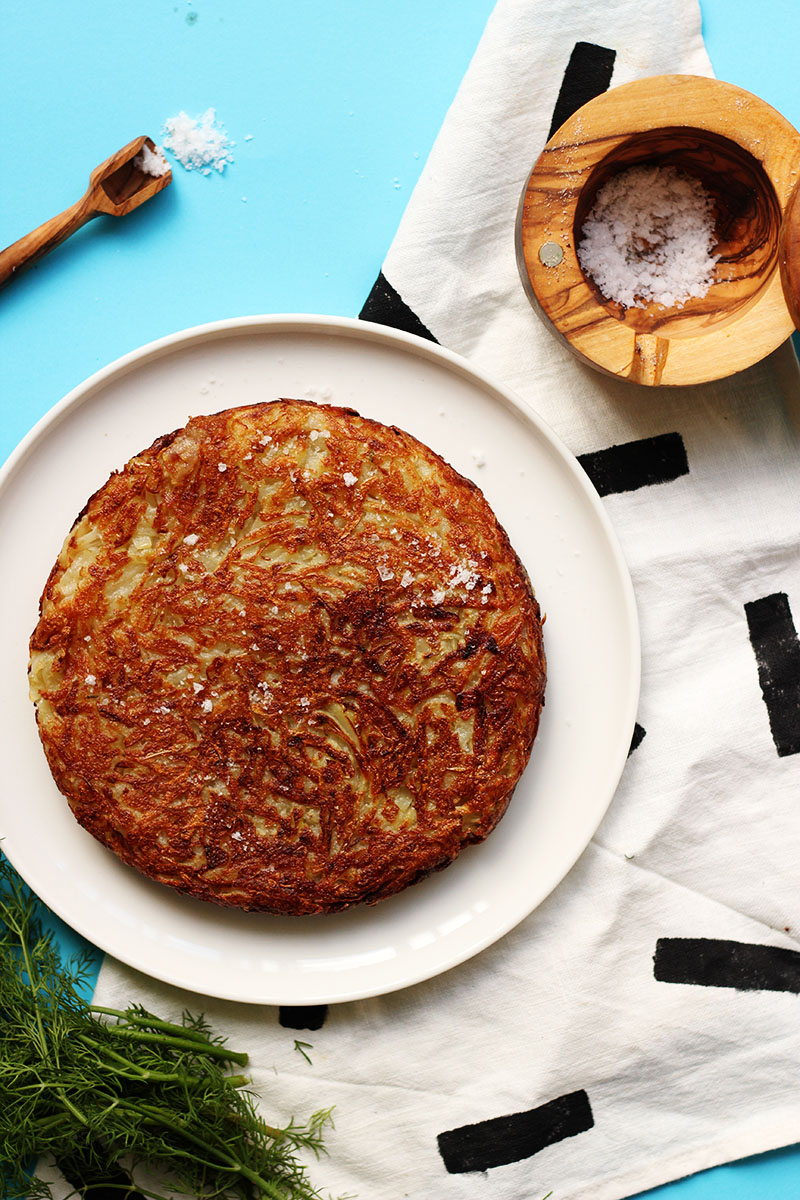 It actually straddles the line between comfort food and hangover food brilliantly. It’s starchy and creamy and hot, which makes it super comforting.

But it’s also crunchy and fried and salty, and it comes with a runny fried egg, which makes it a certified hangover buster. 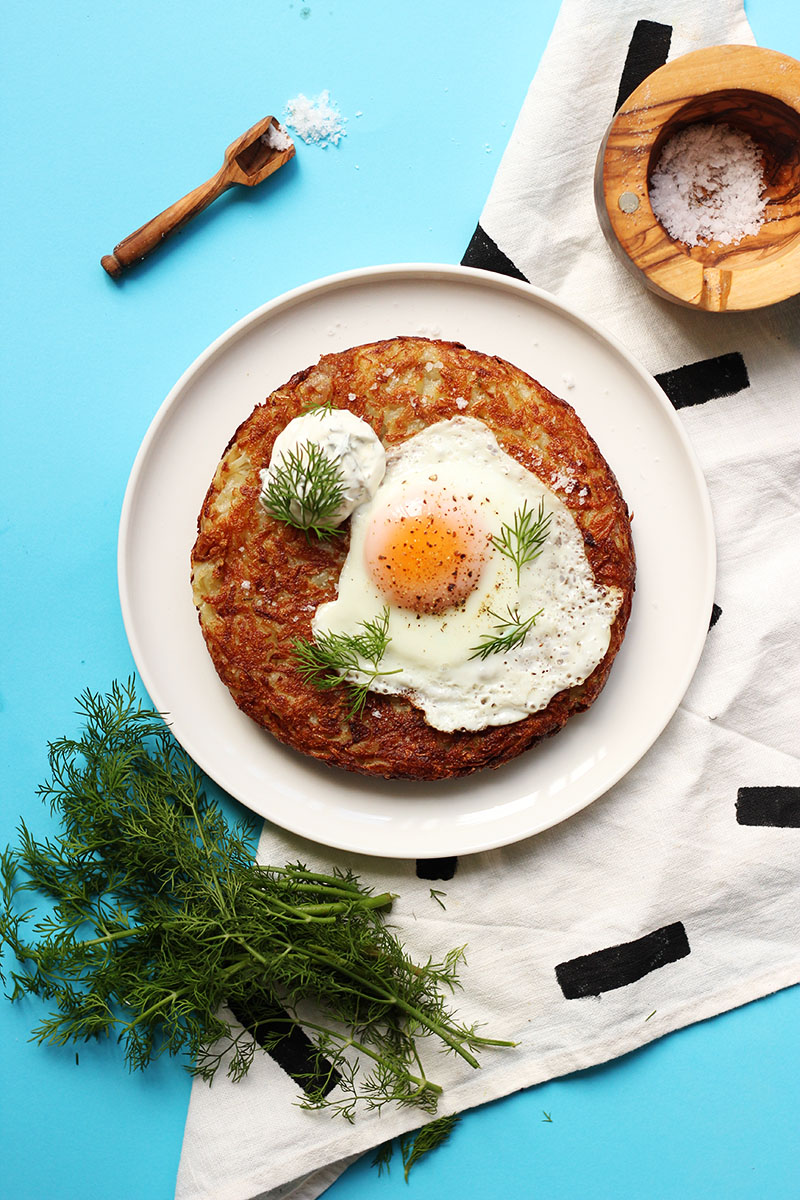 Whatever, I don’t think this is the kind of food that needs and excuse to exist. It’s just something that I made because I wanted to eat it.

After a long morning of scrambling to meet the six billion deadlines I feel like I have at the moment, I made this at about 2:30 in the afternoon, after a deranged fridge raid. Potatoes, yoghurt, egg, dill. Made it, shot it, passed a fork to my boyfriend, and then we demolished it. 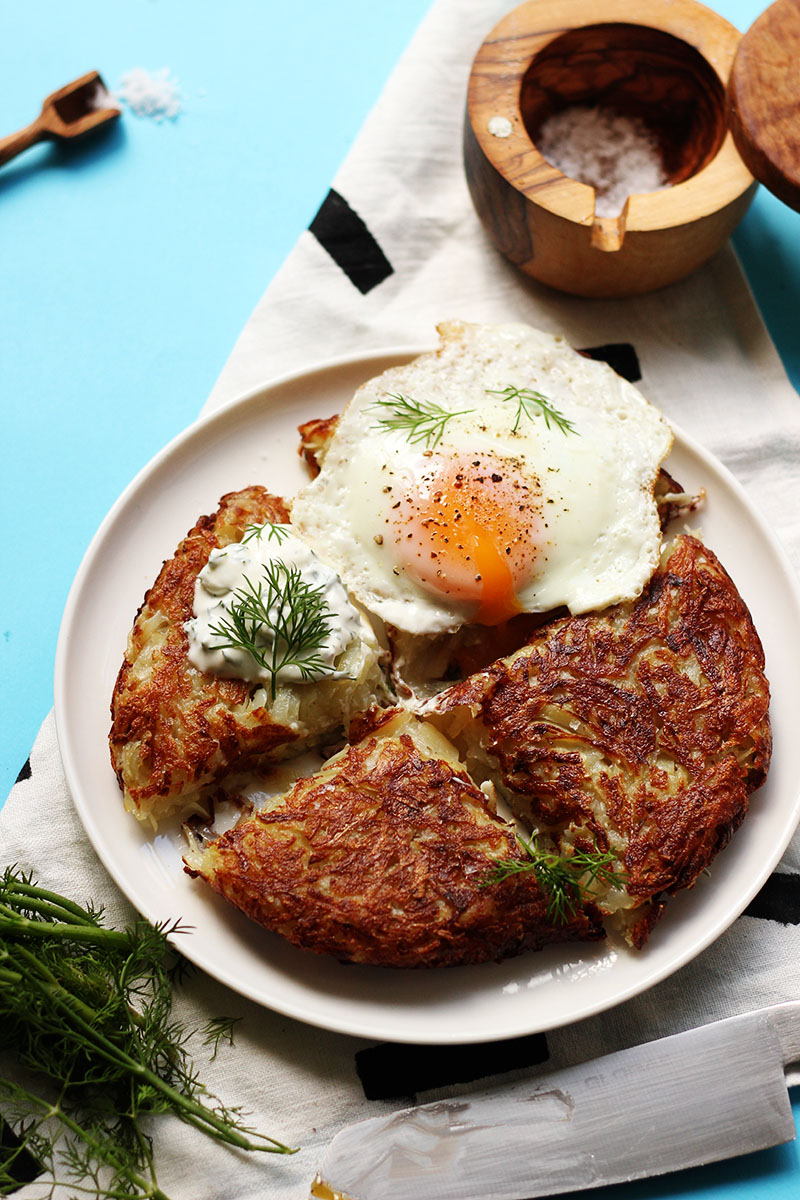 If you’re making this to serve as a side on a full on breakfast plate, or next to a piece of fish or steak, then I think you could serve at least 2 or 3 people with this guy.

But, if my man-friend wasn’t hovering hungrily over my shoulder, then I could have completely murdered this thing on my own. No sweat. Comfort achieved, bring on the deadlines. 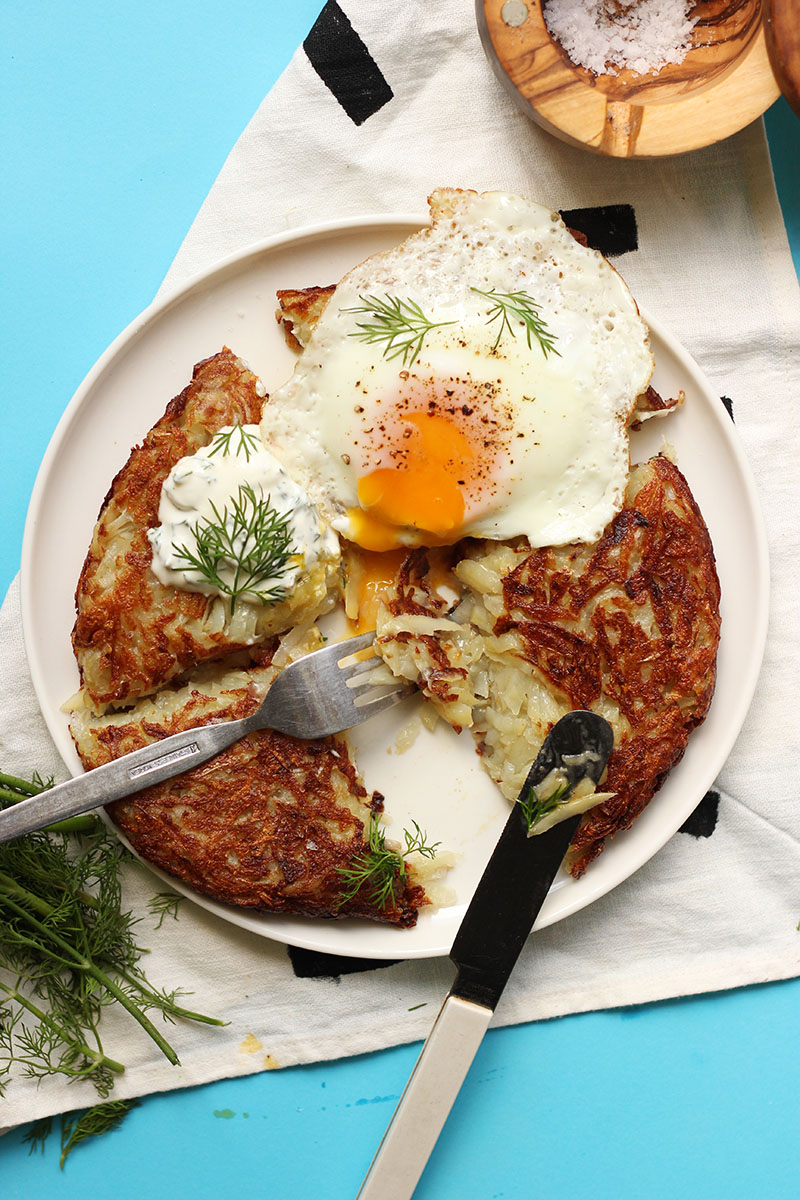 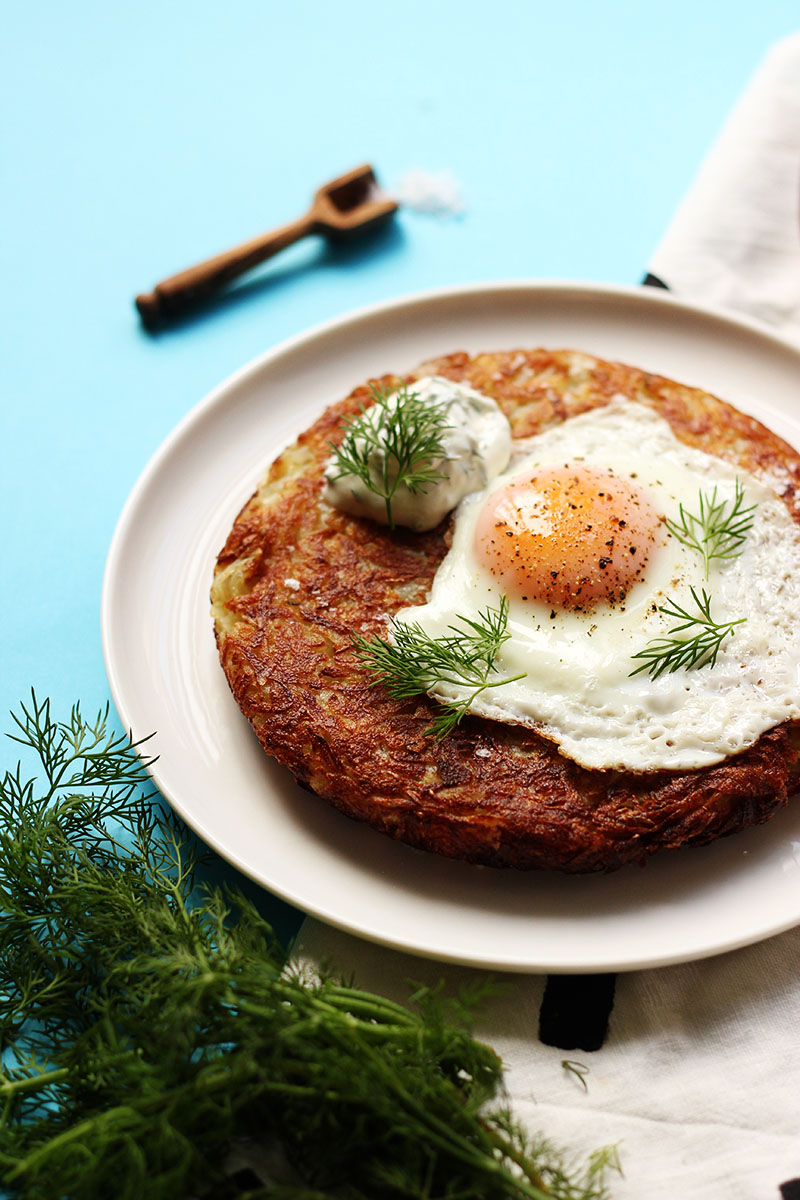 Huge Potato RÖSTI with Dill Yoghurt + a Fried Egg
Print
A huge, crispy potato pancake, served with a savoury dill-flecked yoghurt and a runny fried egg.
Author: Sarah Coates
Serves: Serves 2-3
Ingredients
For the rösti:
For the yoghurt:
For the egg:
Instructions
3.2.2885