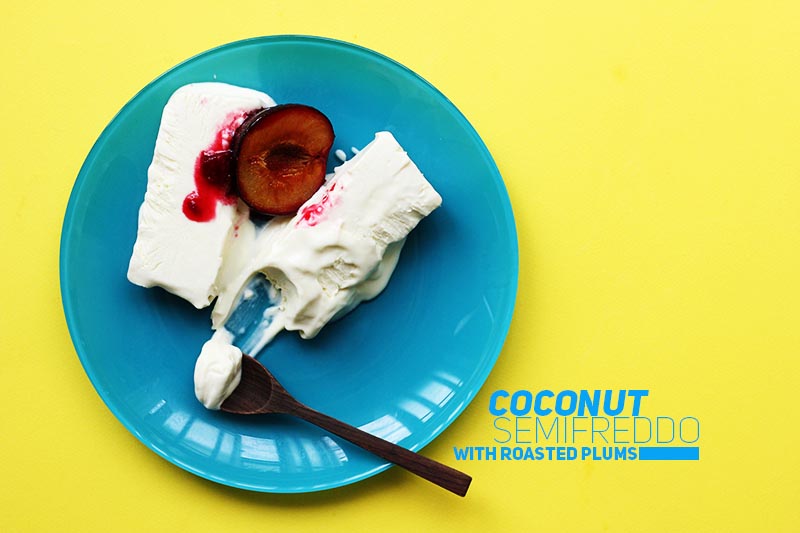 Sometimes you put the lime in the coconut and drink it all up. And sometimes it’s autumn and that just doesn’t really seem like a viable option.

On those occasions, may I suggest a semifreddo? Obviously this would be great with any tropical fruit as well, but who knew that coconut and plum was such a bomb combo? Not me, until I tried it. 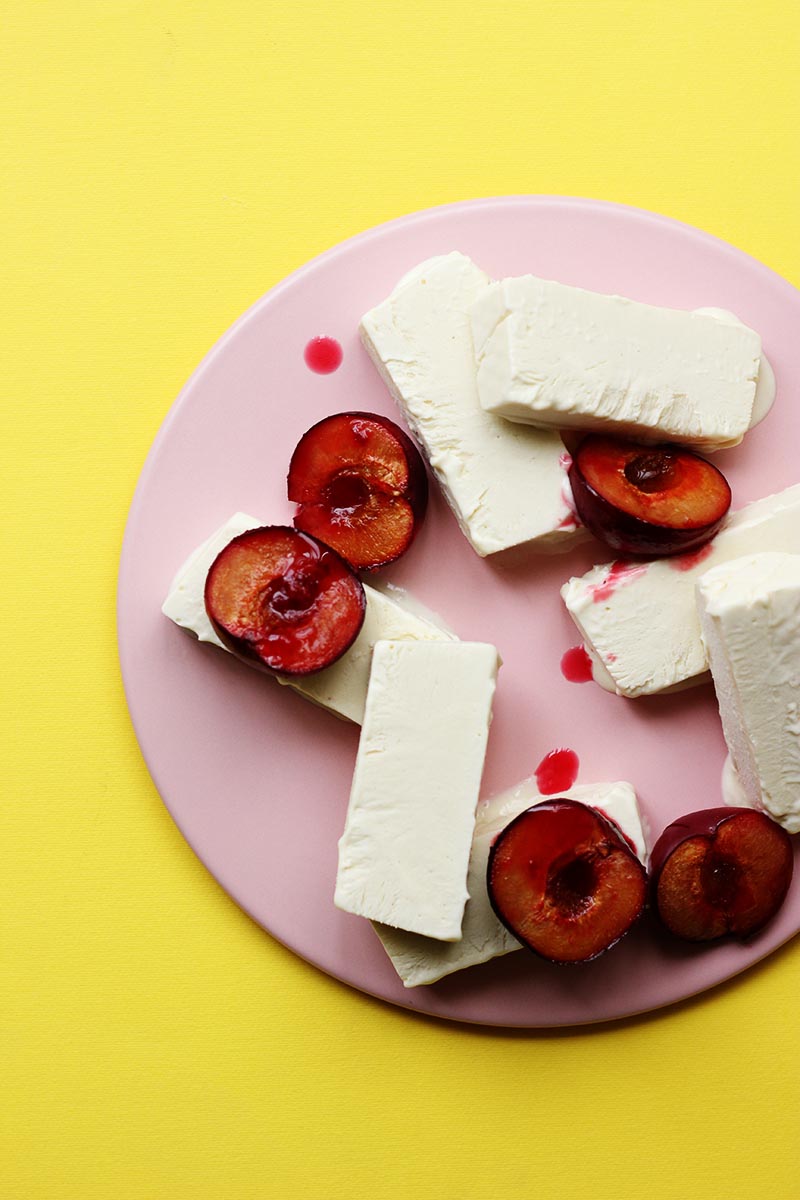 The idea of roasted stone fruit with something creamy is not a new one. But there’s a good reason for that, and it’s deliciousness. You will never find me being a snob about food – if something tastes good, I want it. I don’t care if I’ve ‘seen it before’

But still, variety is the spice of life, and as much as I will never get sick of a dollop of mascarpone on a roasted peach, the combination of coconut and roast plum proves that it’s always a good idea to try new things. 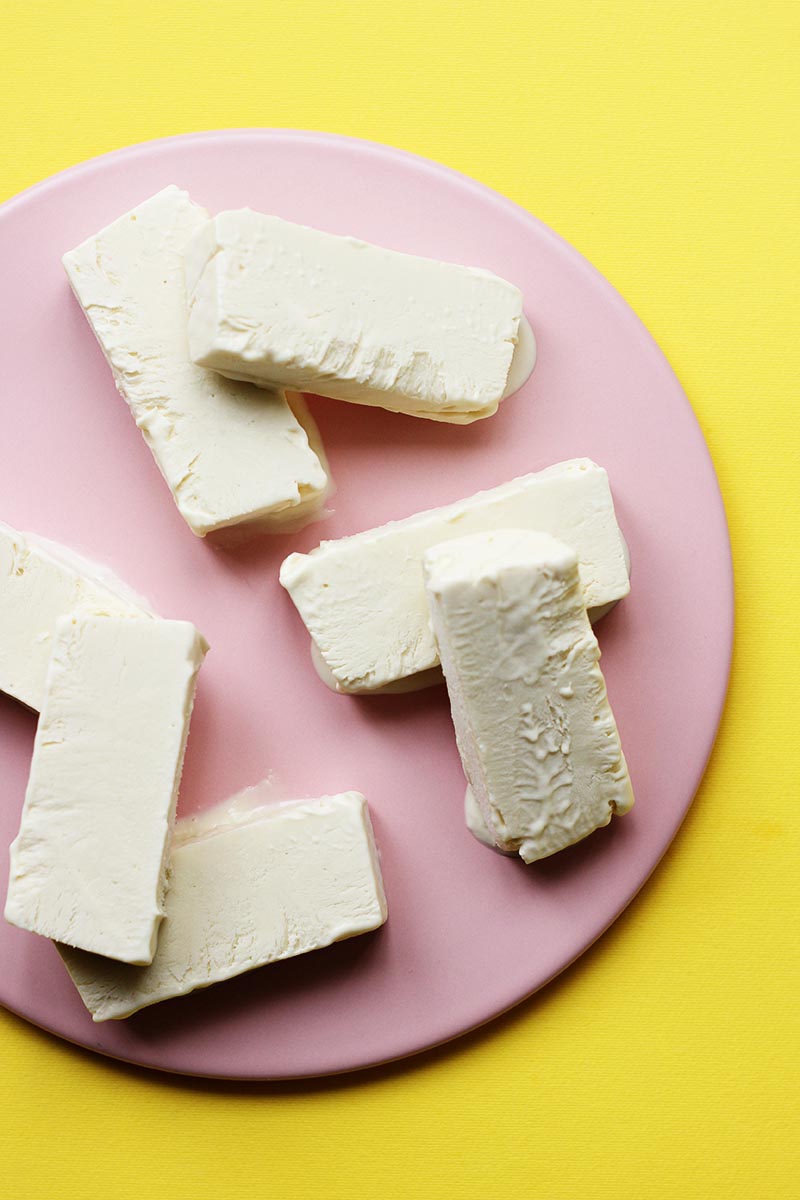 This semifreddo is my slightly simpler adaptation of this Martha Stewart recipe, and it’s a cracker. I’ve boiled it down to a three-ingredient job, and you end up with something truly greater than the sum of its parts.

The thing I love about good semifreddo is the texture – that completely luscious, light and airy cream which is so much less dense than ice cream, but no less satisfying for it. 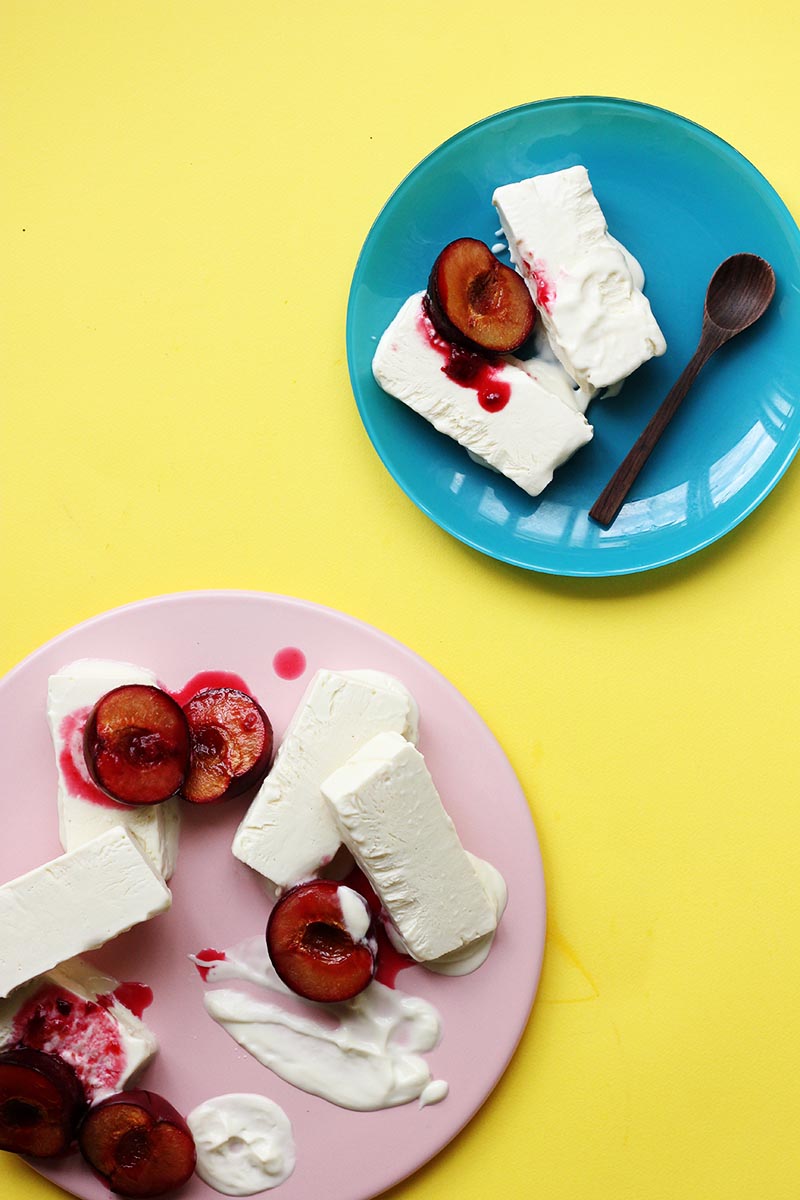 The semifreddo is fragrant, and tastes purely and strongly of coconut. The roasted plums are sweet, sharp and sour, and have a richness to them that I adore.

When the two cross paths? It’s an unexpected delight. Not to mention that the snow-white cream looks incredible dotted with oozingly purple roasted fruit. These two flavours don’t necessarily grow together, but they definitely go together. 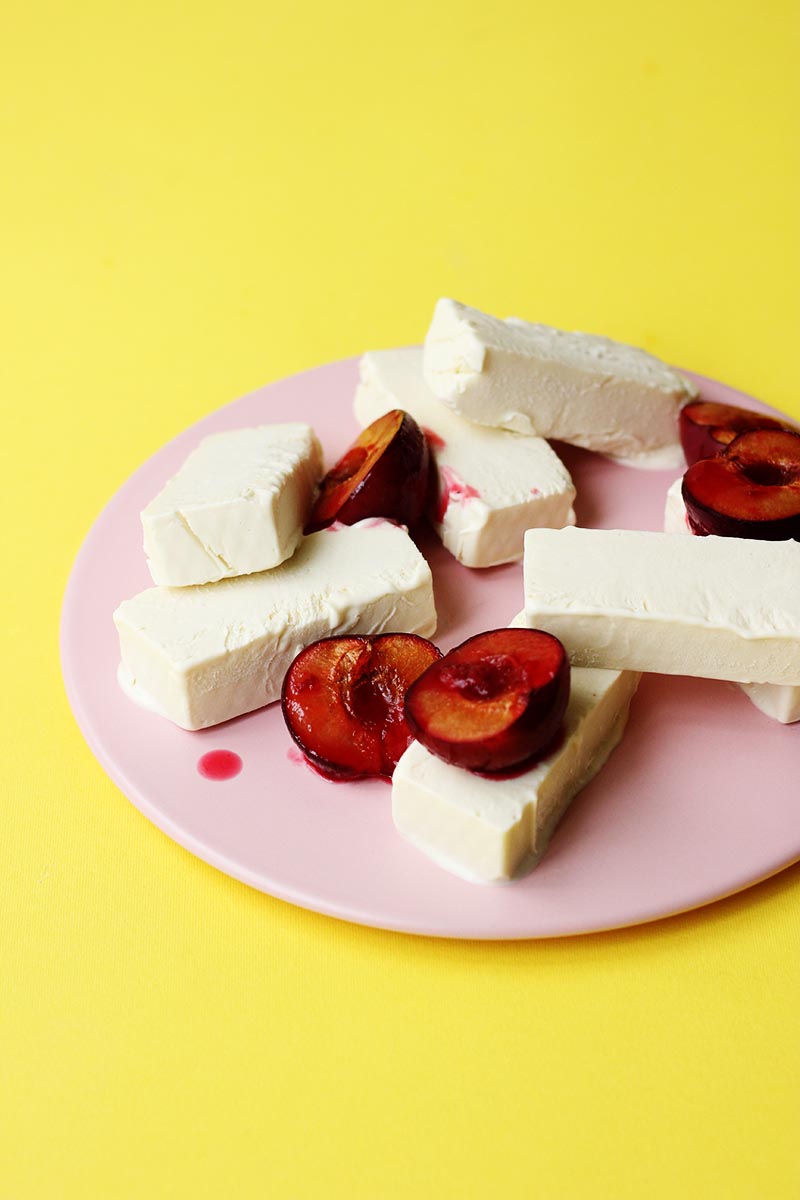 So tell me what you’re doing this weekend? I think whether you’re just coming into Winter or Summer, this recipe is the one! 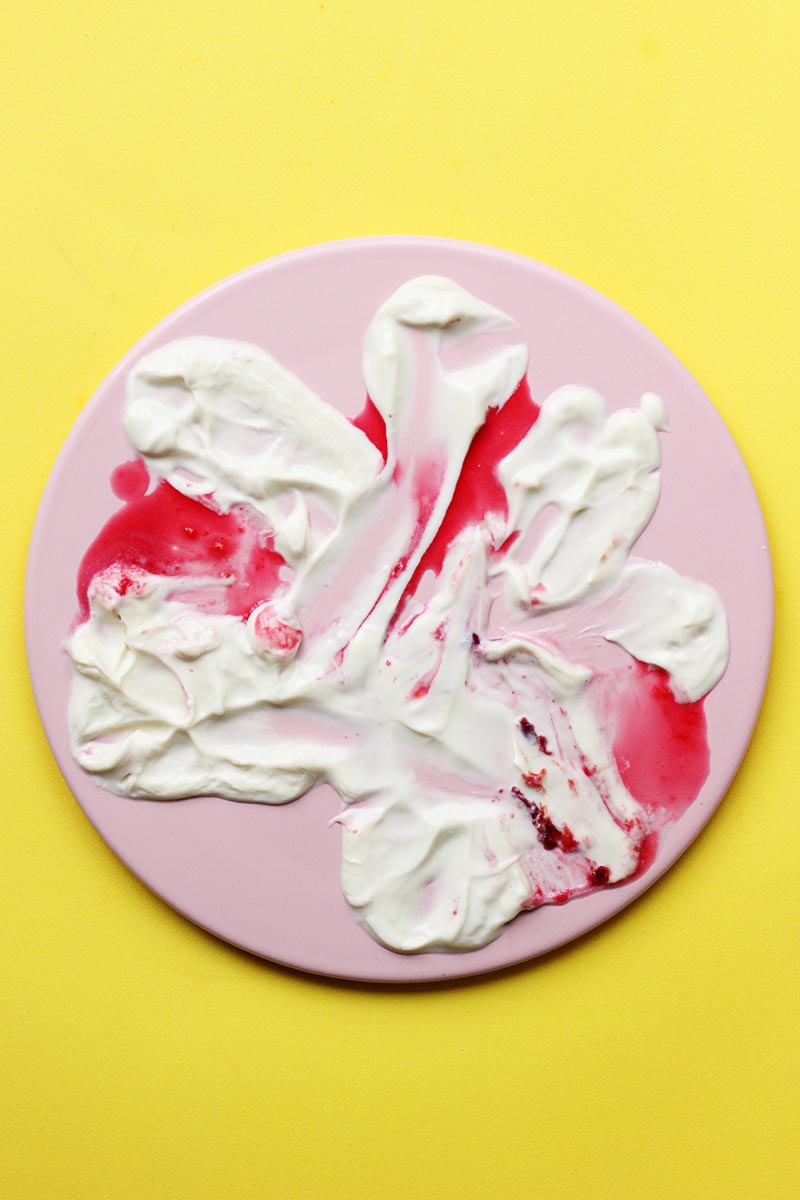