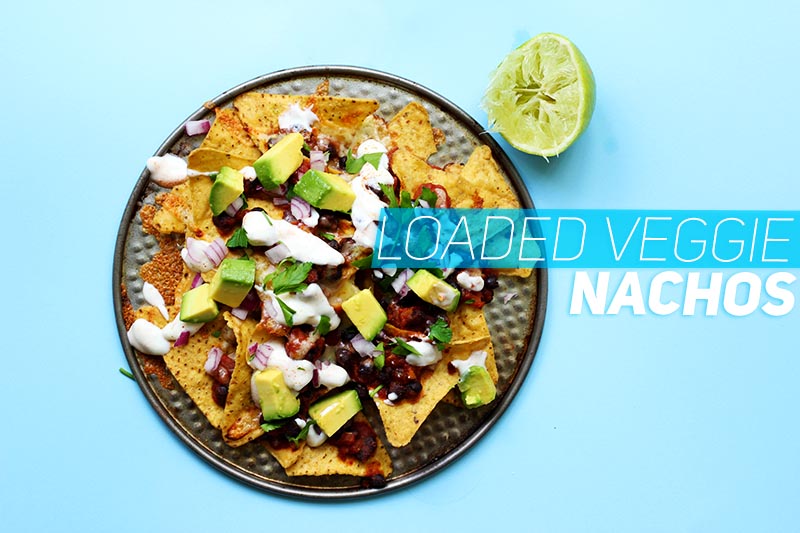 Nachos are such good time food, aren’t they? Nobody ever makes sadness nachos or angst nachos. And if they do then that is the worst thing I’ve ever heard. They should switch to a more sadness-appropriate food, like mashed potatoes.

Nachos are what you make when you finally have four controllers for your Nintendo, and can therefore play split-screen Mario Kart with your closest friends! (I call Yoshi) They’re what you make for a crafting afternoon, or for a Pretty Woman marathon, or just to munch on alongside a jug of frosty lemonade. See what I mean? Good times. 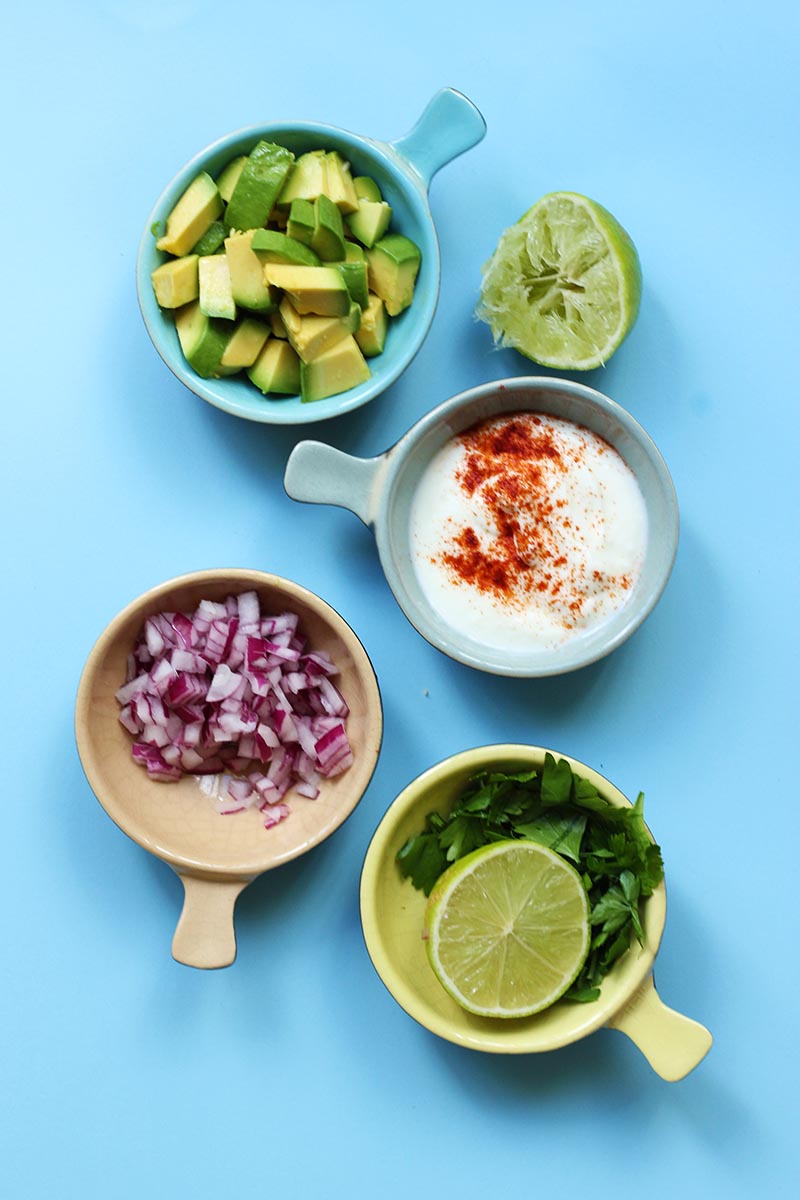 Which is why they’re the perfect recipe to hand over to your pretty face this Friday! Because it’s Friday! And nachos are cheap and fun and plentiful and definitely better for you than poutine. Like, they’re not a health food, but they’re better for you than that chips-and-gravy goodness.

And yet they have the same amount of messy-crunchy-cheesy-layered fun! So it’s totally a win. North of the USA, in Canada, where it’s cold and we can wear layers…eat the poutine. South o’ the border, in beautiful Mexico,  where it’s hot and there will be bathing suits…try the nachos! 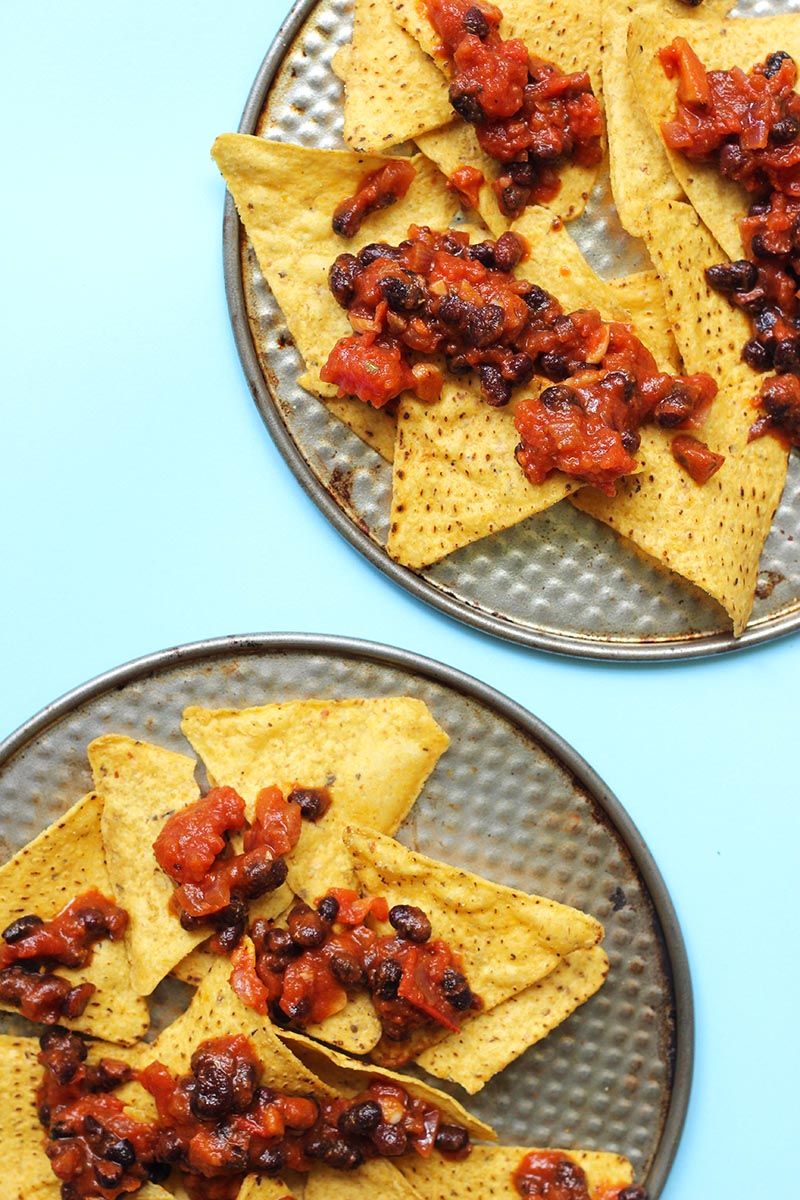 The topping on these bad boys is a super quick vegetarian chili, which I made up one day with things I had in my cupboard. It’s totally delicious, tastes like salsa, and is pretty darn great for you if you eat it with some brown rice and guac in a bowl-type scenario.

But what I like most about it, and indeed about these nachos, is how inexpensive they are. There is nothing I love more than taking a bunch of super-cheap things and turning them into something that I would pay handsomely for in a fancy drinking establishment. 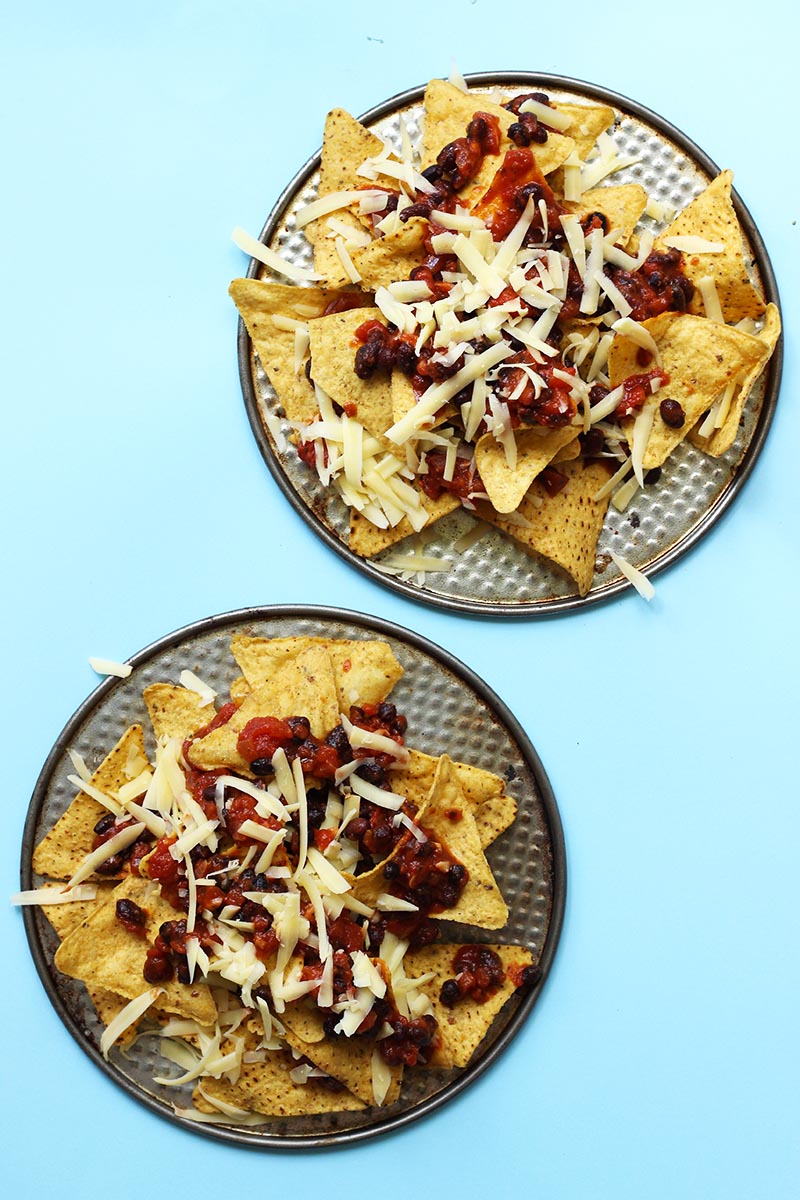 The way to set these nachos up for the win (a nacho alley-oop, if you will) is to double the layers. So lay down your regular layers of corn chips, then the bean chili, and then the cheese…and then do another layer of each. Chips>chili>cheese + chips<chili<cheese = DOUBLE THE LAYERS!

Otherwise, you end up with a thick layer of corn chips, half of which have no sauce, and half of which have disintegrated from too much sauce. By doubling the layers, you spread out the wealth of chilli, crisp chips and gooey cheese. It’s a slam dunk, yo. (<—- I have no idea where all the basketball analogies are coming from) 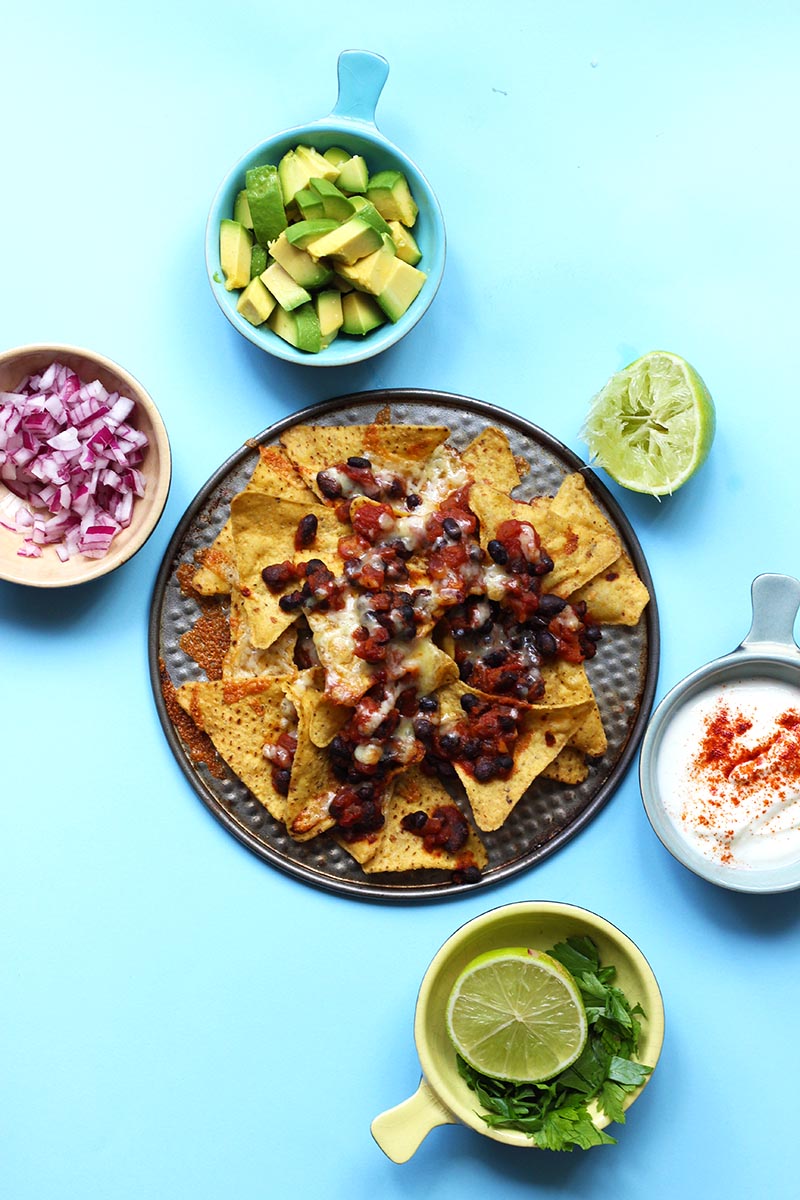 Once you have those layers down, it’s all about the toppings. Avocado cubes or guac, yoghurt or sour cream or queso fresco, cilantro/coriander, a squeeze of lime, diced red onions, sliced spring onions, fresh tomato, or some pico de gallo. It’s allllll good stuff. And I want it on my nachos. That is what makes them loaded!

So now if you’ll excuse me I’m going to go eat these cheap and delicious nachos, and watch re-runs of the Gilmore Girls on free to air TV, because like my nachos, my life is cheap but full of goodness. Have an awesome weekend homies! 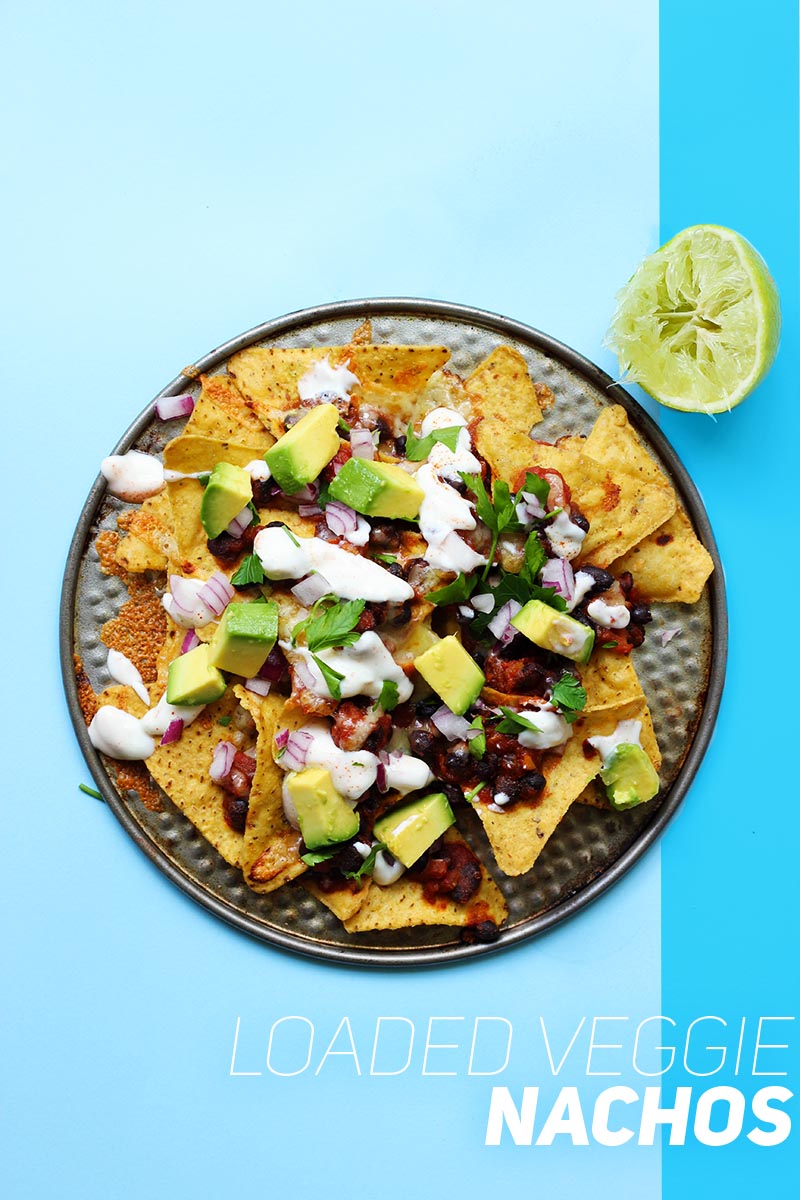