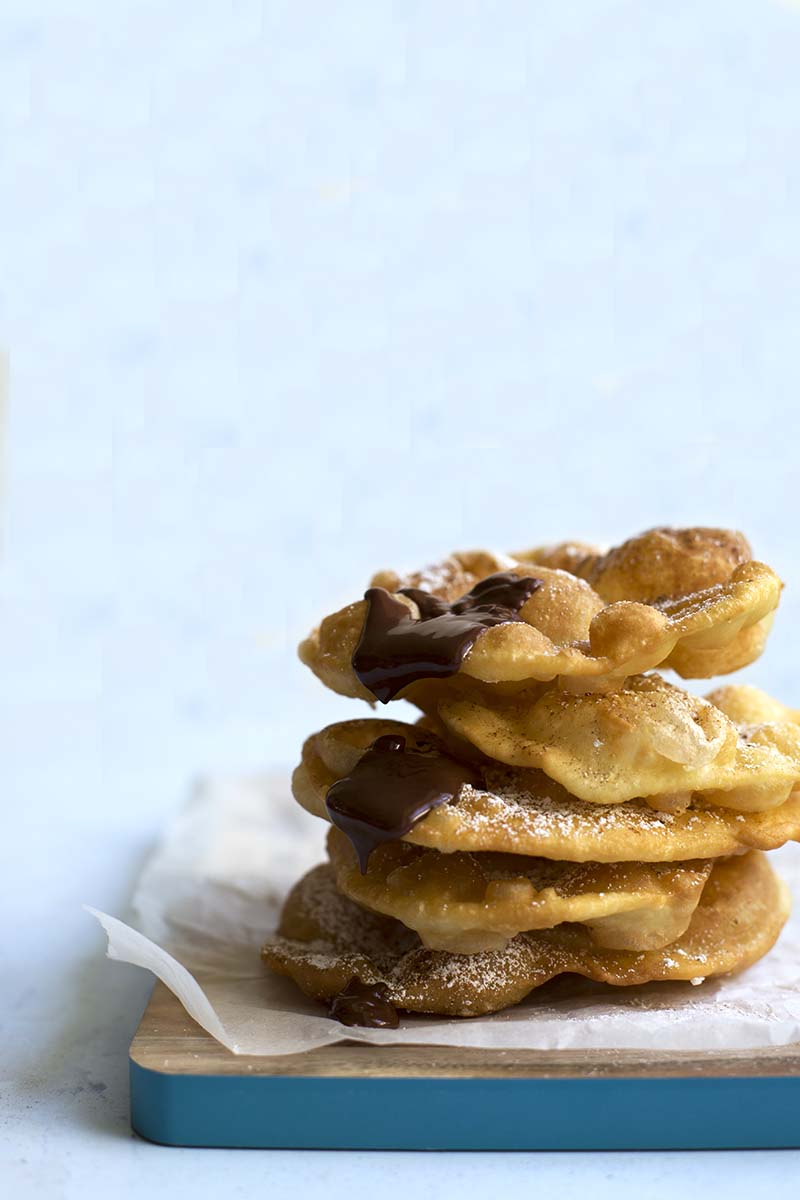 STREET FOOD FRIDAYYYYYY! That’s right, street food Monday is dead, long live Street Food Friday! I just missed sharing all my dirty dirty street food love with you. But honestly, something about doing it on a Monday started to feel wrong (if you even remember street food Monday, because it was a while ago). I’m bringing the Street Food goodness back to the blog, but instead of doing it on uptight, work-filled Monday, I’m gonna be doing it on laid back, fun-filled, party-starting Friday! Are you ready? 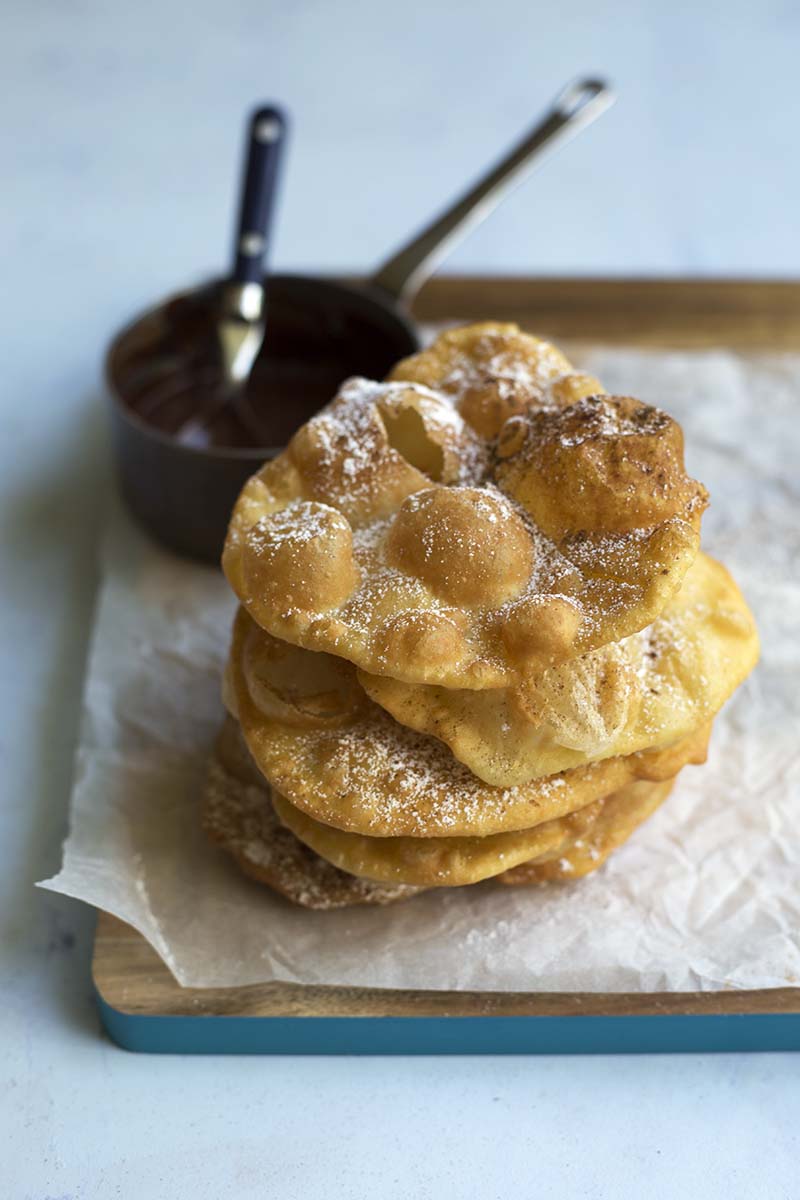 Today we’re in Mexico for another iteration of the street-world’s favourite: fried dough. Get out your Sombrero (such a terrible stereotype, I know, I’m sorry, but they are the official party-starter hat) and let’s talk Buñuelos. Specifically these Mexican Buñuelos with Cinnamon Chocolate Sauce. It’s important to specify that this is a Mexican Buñuelo, because buñuelos are quite different in other parts of the world. The South American Buñuelo is more like a donut hole, some are even savoury, but the Mexican Buñuelo is a whole other delicacy. 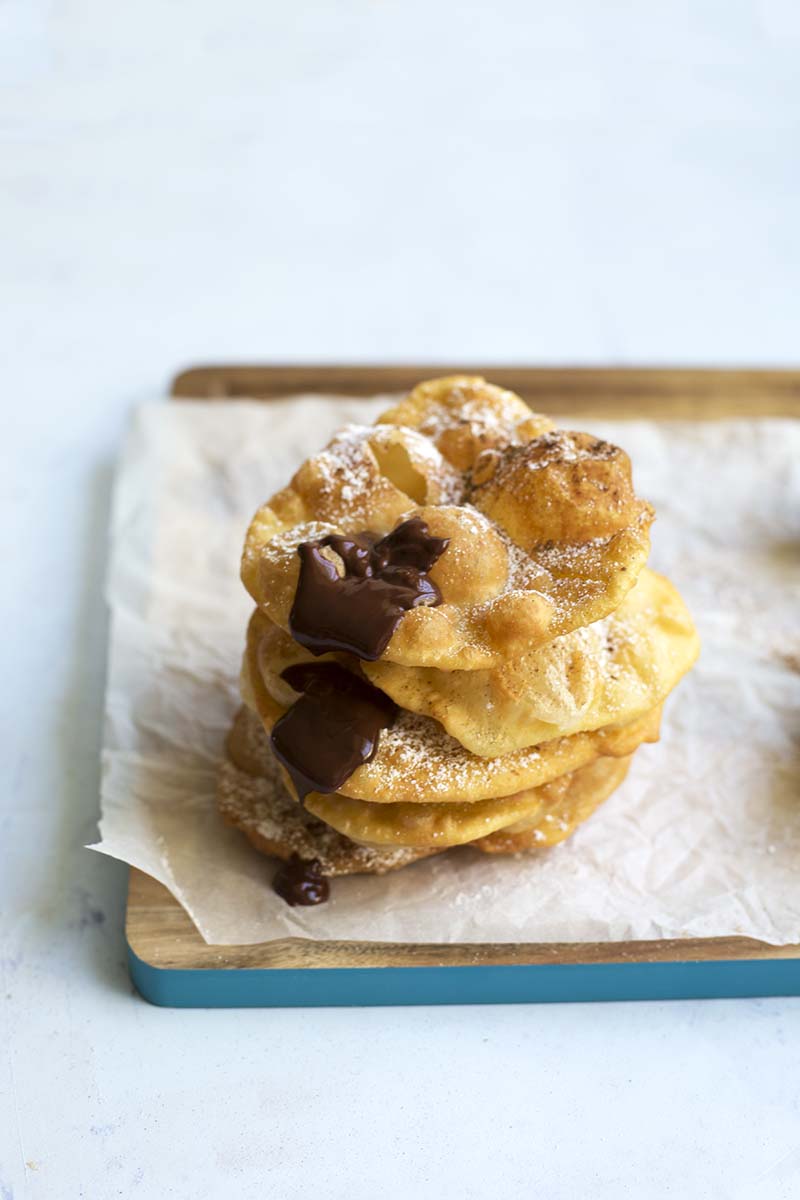 Here’s the deal: a thin sheet of dough, fried until bubbled up and crisp, but still doughy and light in the centre, completely covered in cinnamon and sugar, and often served with a spiced piloncillo syrup (piloncillo is a type of unrefined sugar). Sounds amazing, right? I doused mine in a thick syrup of chocolate spiced with cinnamon and a tiny pinch of cloves – if you’re into it, a little chilli would be cool – and served these hot and crisp. They lived up to my dreams. 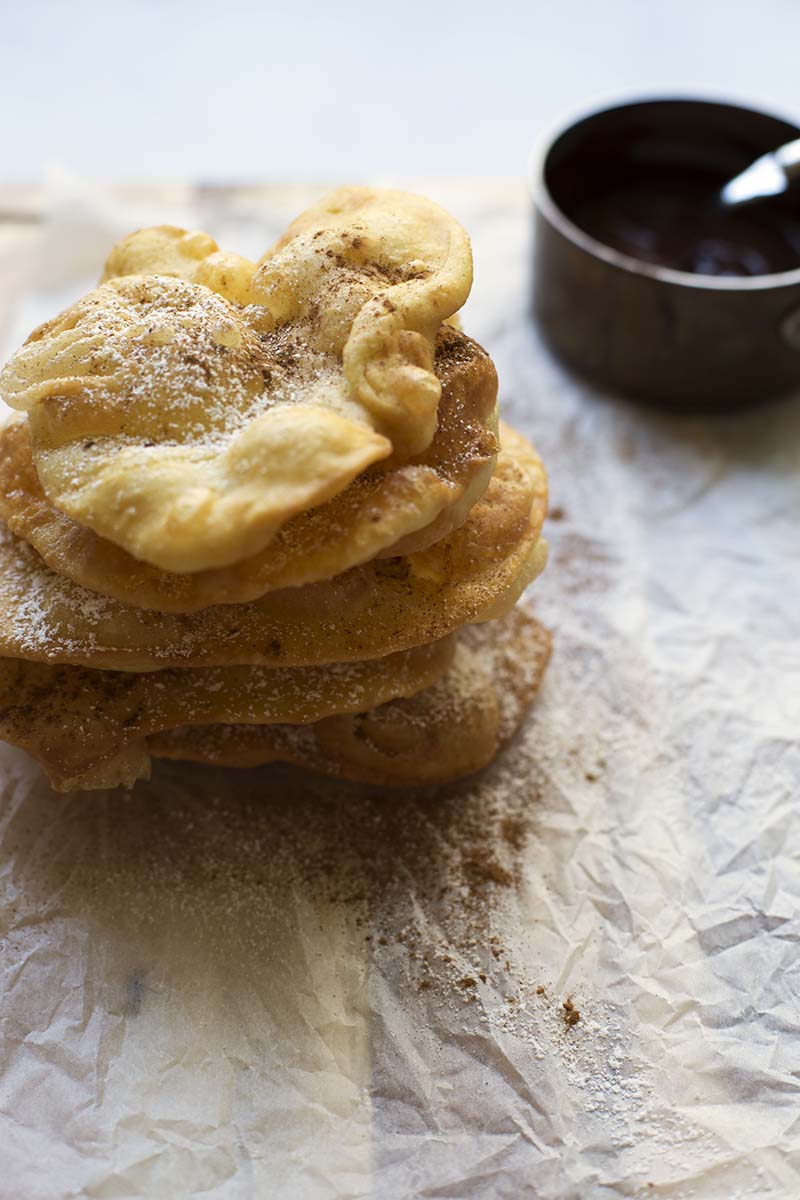 On the streets of Mexico these are sold, cooked in front of your eyes, during religious fairs and especially at Christmas. In fact, there is a Christmas carol with the line ‘tonight is a good night to eat buñuelos’. Does anyone want to come to Mexico with me, stat? Because I think I would get on just fine with the people there. I like the way they think. 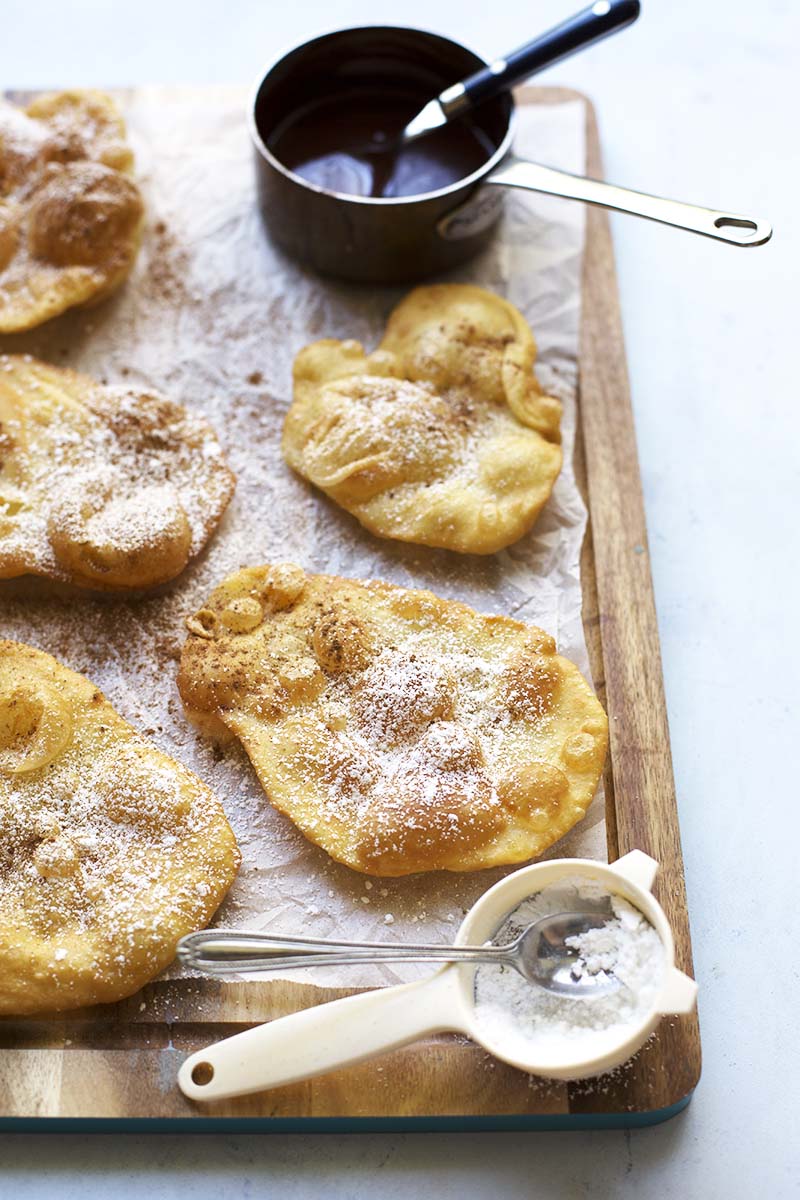