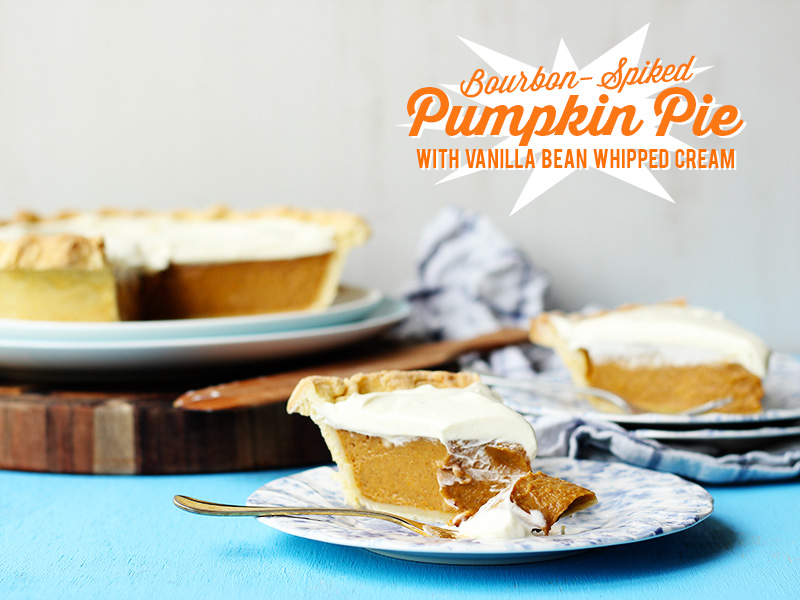 Hey, what’s up? OH NOTHING, JUST PIE. Said no-one ever. Because pie is a big deal. There is no such thing as ‘just’ pie. Pie is major-league. And coming just behind apple pie in the lexicon of great pies, is pumpkin.

Pumpkin pie is definitely a foreign concept to me. In Australia, we don’t do pumpkin pie. For a long time, I honestly thought the whole idea was pretty gross. Like if I said to you; ‘have a slice of delicious, sweet Cauliflower Pie!’ it just sounds wrong. But now, now that I’ve tried it out, I’m so on board. 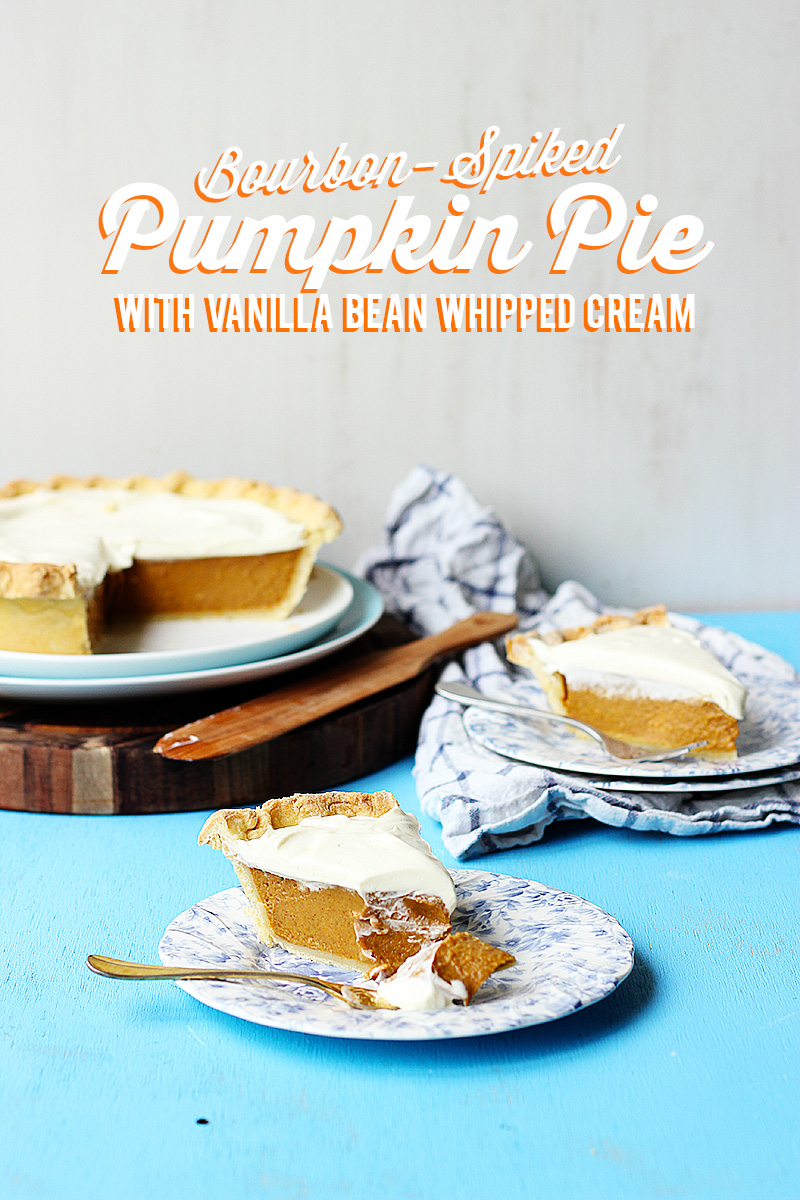 It’s not super surprising, given that pumpkin is definitely a sweet vegetable, and it caramelises beautifully even without any additional sugar, that pumpkins definitely work in a pie. I think the secret is in the spicing. Subtle, warming hints of cinnamon, ginger and nutmeg bring the pumpkin around to being totally at home in a sweet pie filling.

And then I spiked it with Bourbon. 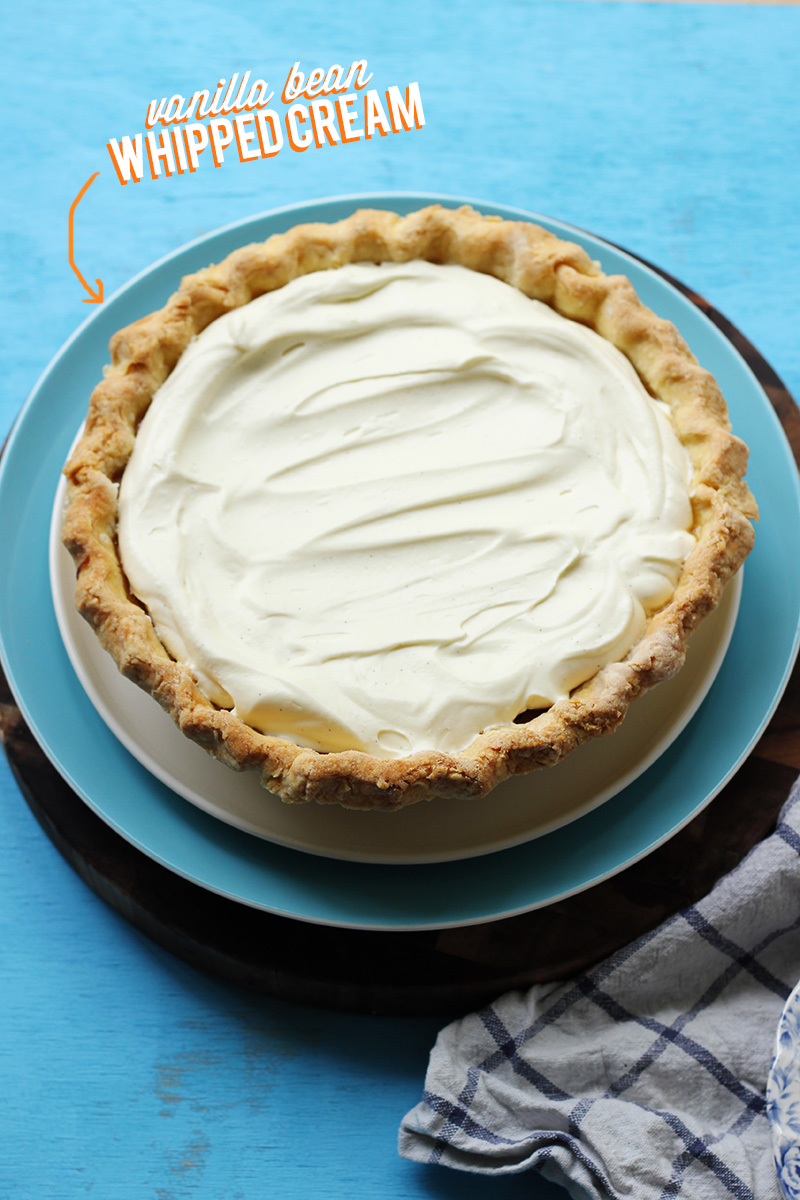 Because the beautiful smokey-honey tones of bourbon work SO WELL with all that custardy pumpkin and those gingerbread spices. This is a completely comforting, definitely homey and totally delicious dessert. I can completely see how a slice of this would be the perfect thing after a giant plate of gravy-soaked turkey and stuffing.

And the whipped cream? Non-negotiable. 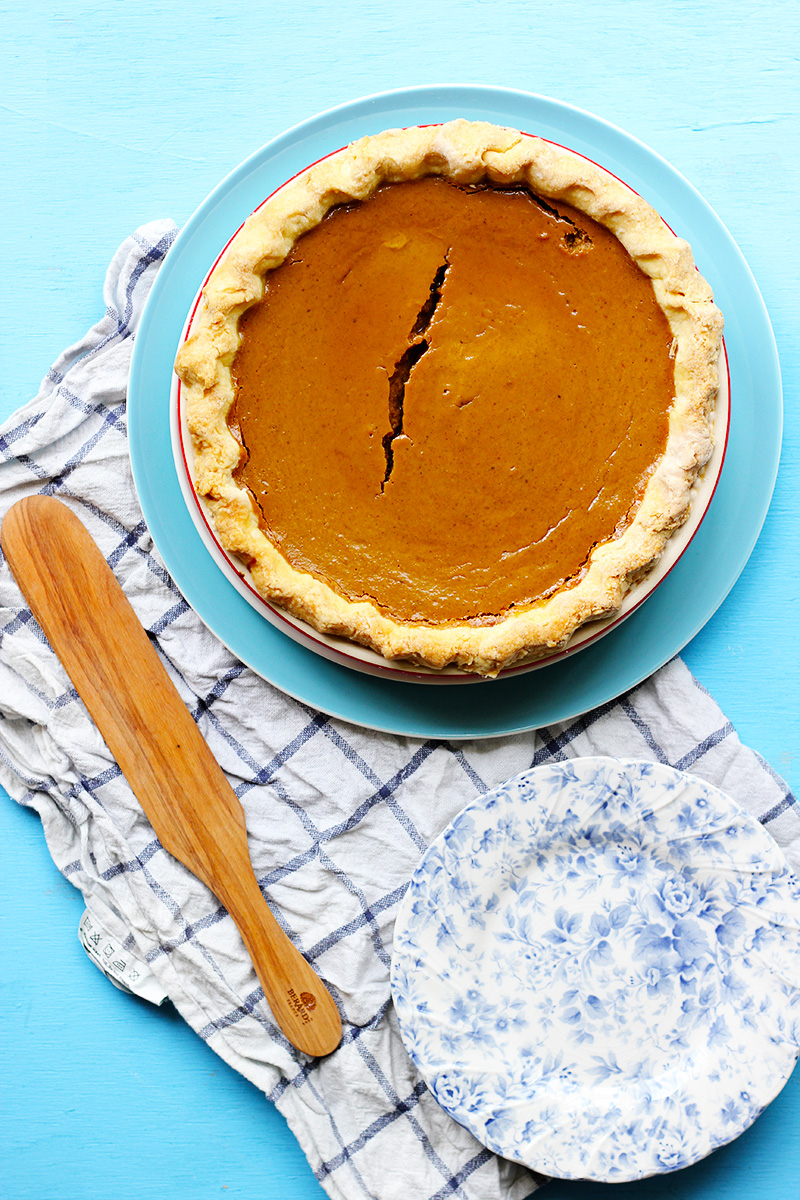 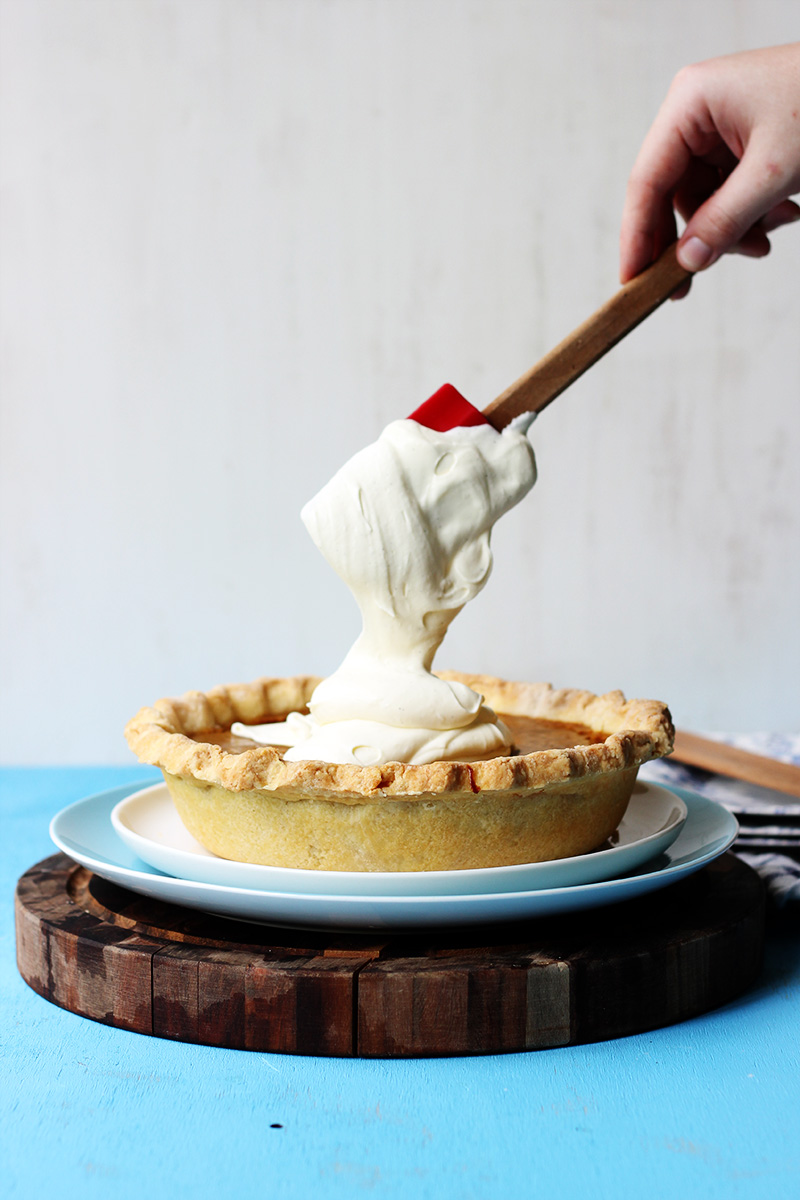