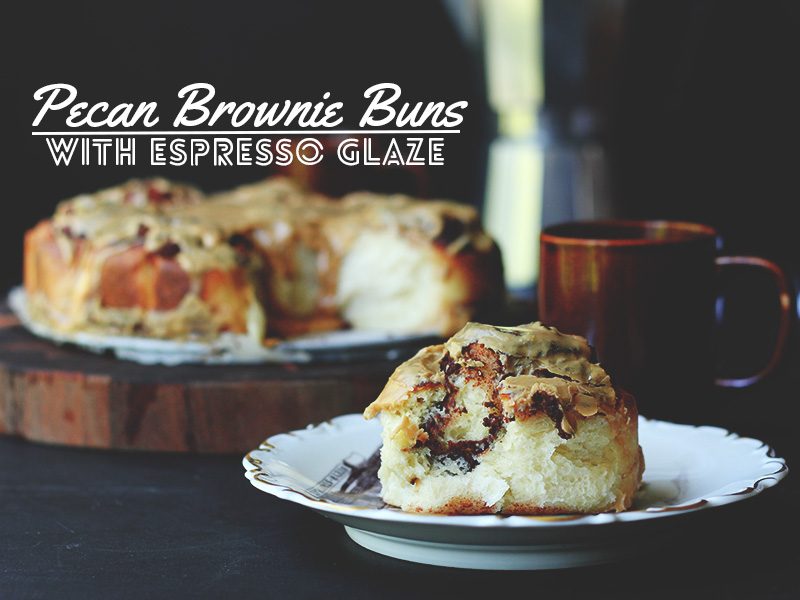 Are you tired of having to choose between brownies and cinnamon buns? Because I sure as heck was…until today. Indecisive pastry-choosers rejoice! For the agony of our indecision is over! I give you, the Pecan Brownie Bun!

Yup, it’s a beautifully soft yeasted bun, stuffed with super-chocolaty pecan brownie filling. The best of both worlds, and yet somehow totally different to a cinnamon bun or brownie. And it all started with a major kitchen fail… 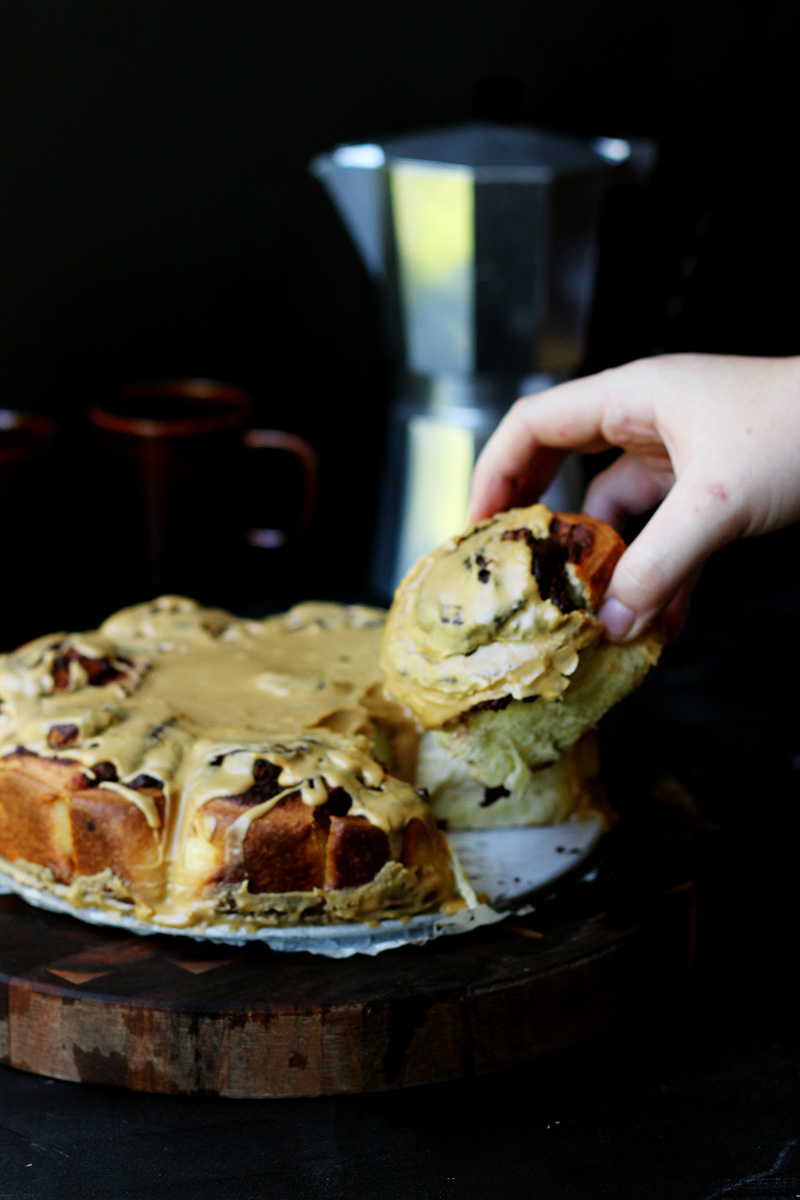 See guys, the filling for these brownies started out life as an attempt to make pecan-ella. That is, nutella made out of pecans and flavoured with a little maple syrup. Welp, turns out my food processor is just straight up incapable of making nut butter. I think it’s the way the bowl is designed…I won’t go into it, but just take my word for it.

So instead of a super-smooth pecan chocolate spread, I ended up with a kind of runny, grainy paste of pecan and chocolate with a hint of maple. Not what I was hoping for. Not something I would share with you guys. A definite #kitchenfail. Like most food bloggers I hate waste, so I just chucked it into the fridge and attempted to forget my kitchen disaster. 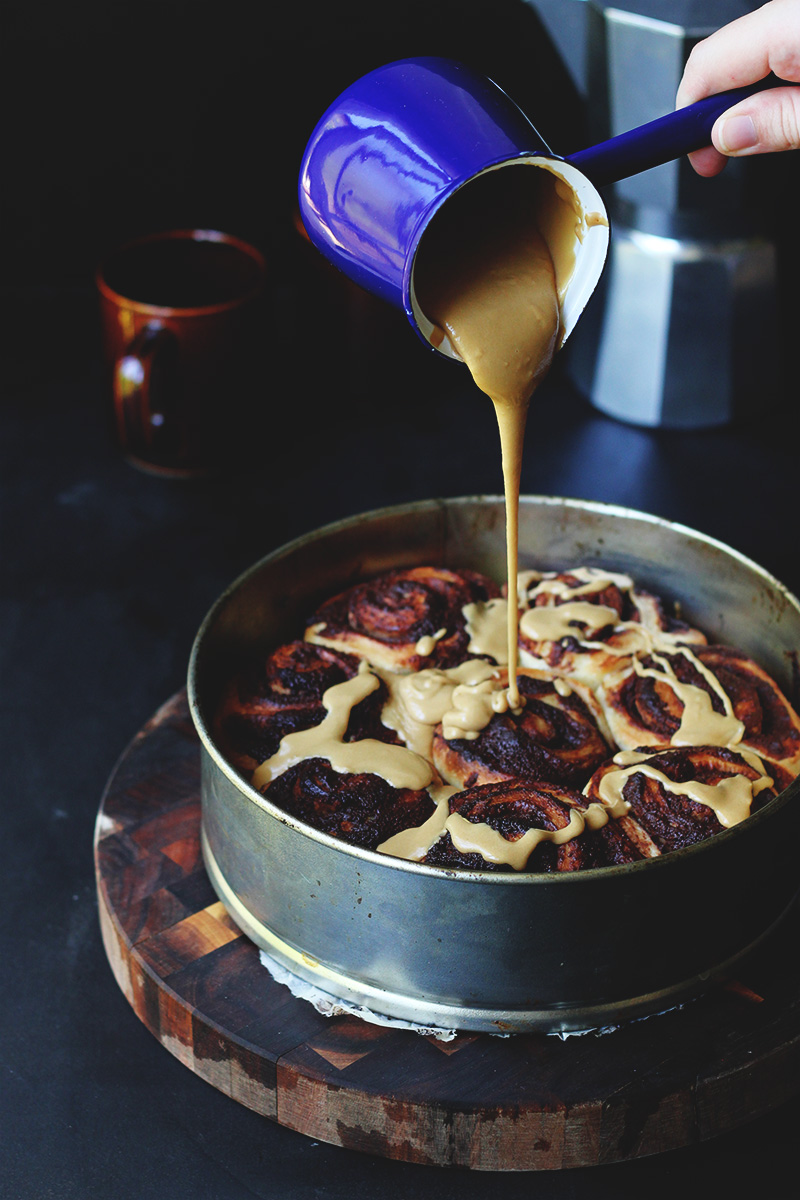 Cut to a few days later when I’m in the mood for a little yeast baking. I never get sick of making cinnamon buns, so I started up a batch of lovely soft dough, and then opened up the fridge to grab some butter and there was that failed pecan-ella staring out at me. Interestingly it had firmed up into a sort of thick ganache texture and it tasted good.

Since I had nothing to lose I spread it over the dough, rolled em up and baked them. 25 minutes later…WHAAAAAT?! That crazy pecan paste has turned into BROWNIE. A gooey, rich swirl of pecan brownie paste, perfectly wrapped up in feathery dough. From there, the espresso glaze on top was a no brainer. And these have just become a strong contender for my Christmas morning. They are gorgeous. I hope you try ’em! And even if you don’t, let me know about your kitchen fails in the comments below! 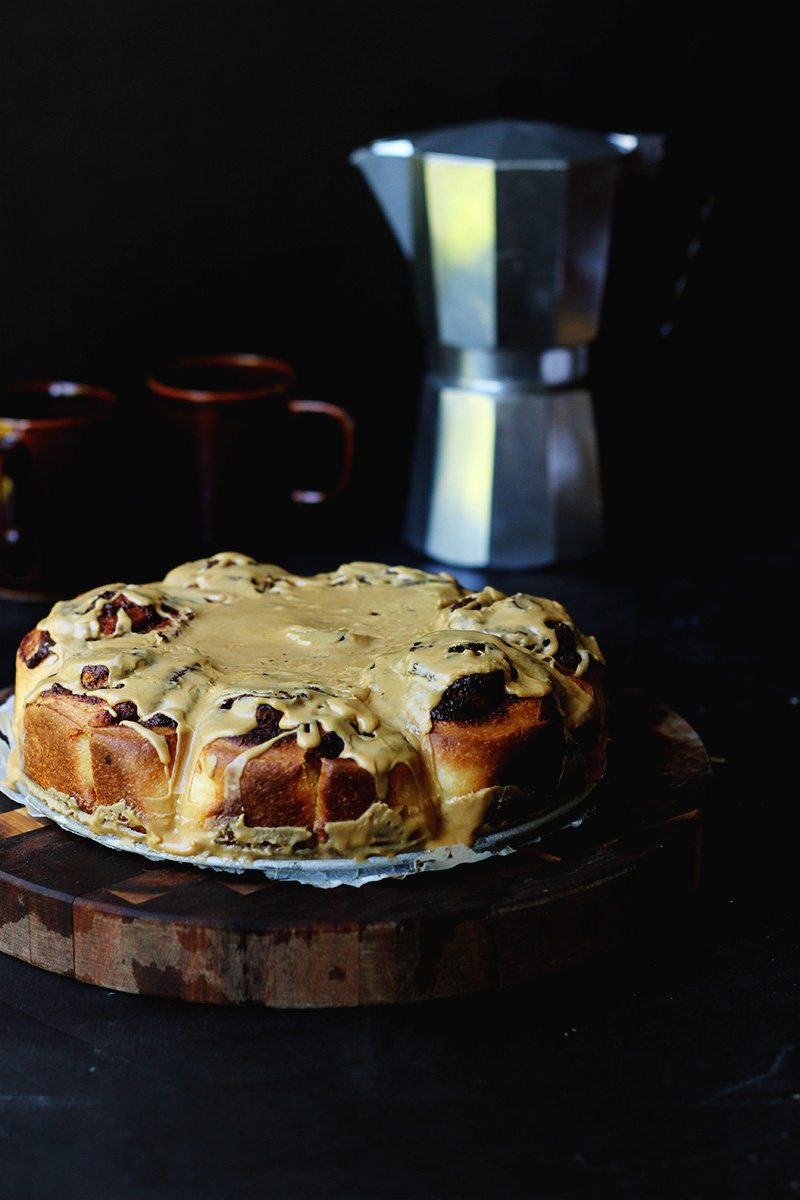 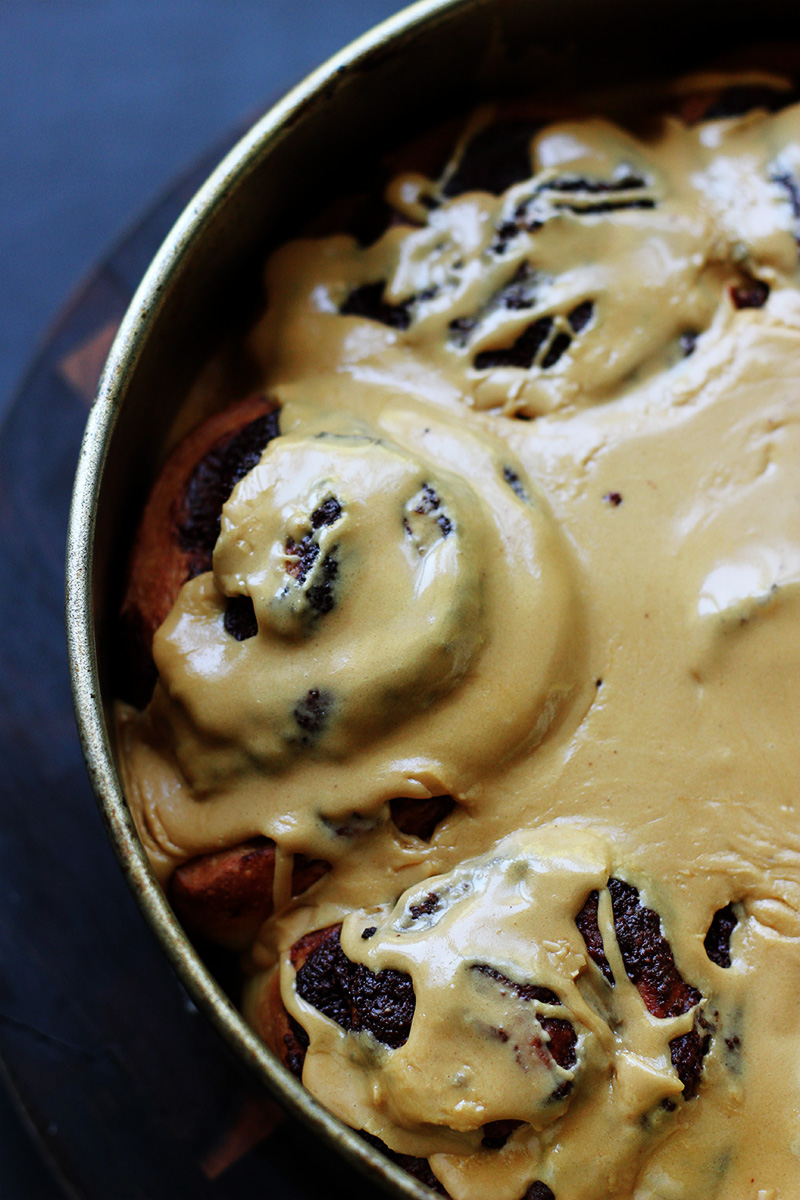