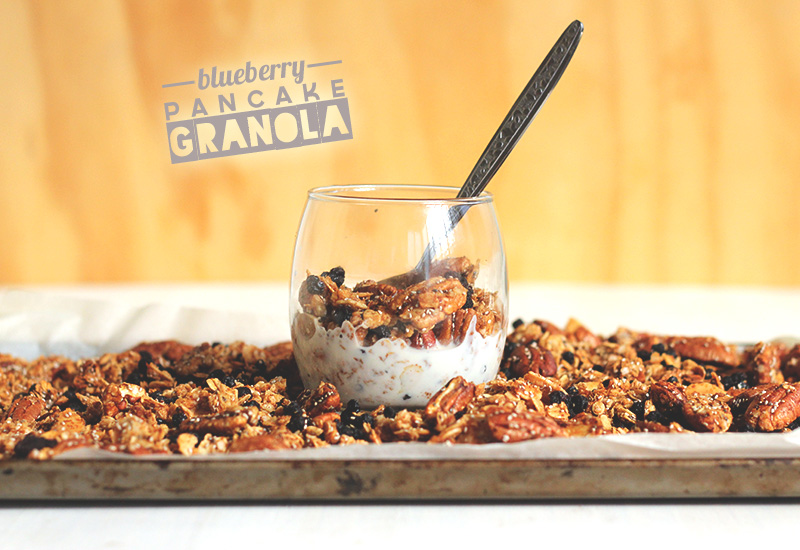 So it turns out I CANNOT STOP making dessert-flavoured granolas. It started with Sticky Date, and then progressed to Apple Pie, and now I’ve arrived at Blueberry Pancake. 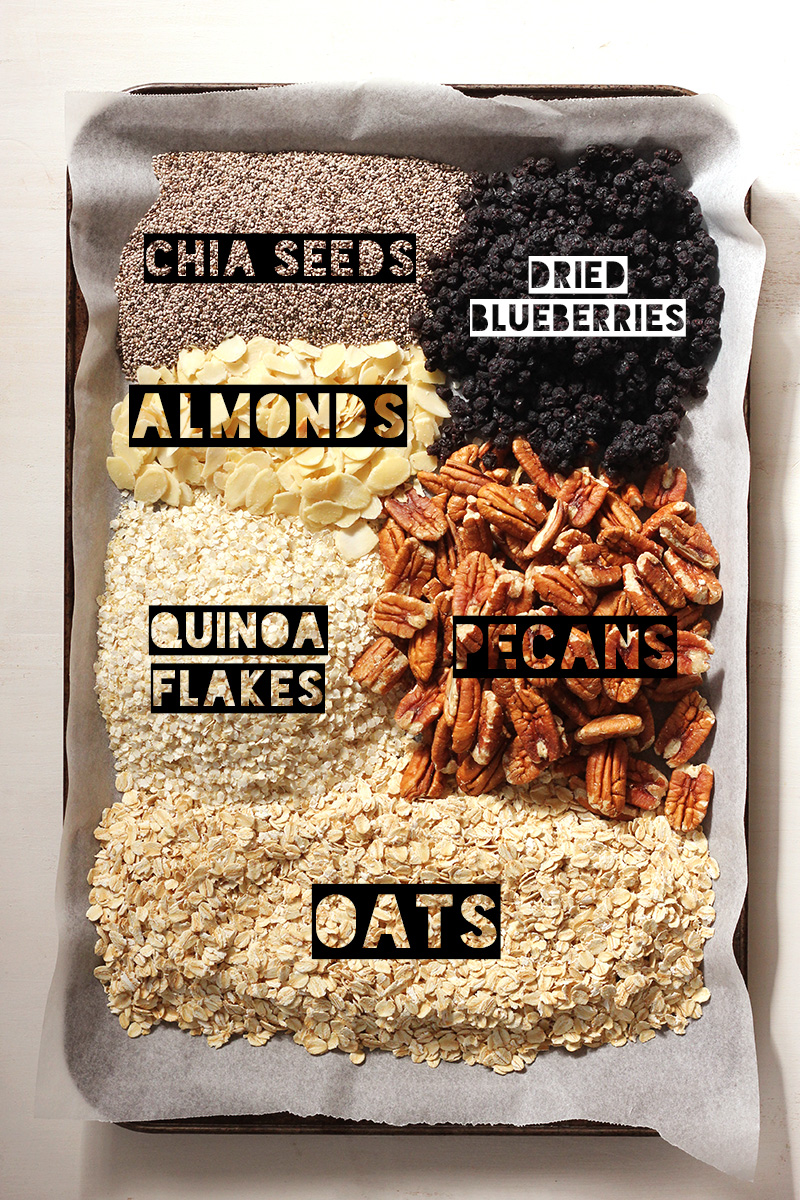 What could be better than blueberry pancakes? Nothing, that’s what. But the thing is, I don’t always want to eat blueberry pancakes. Sometimes I just can’t face the prospect of that long ride on the ol’ spin bike. 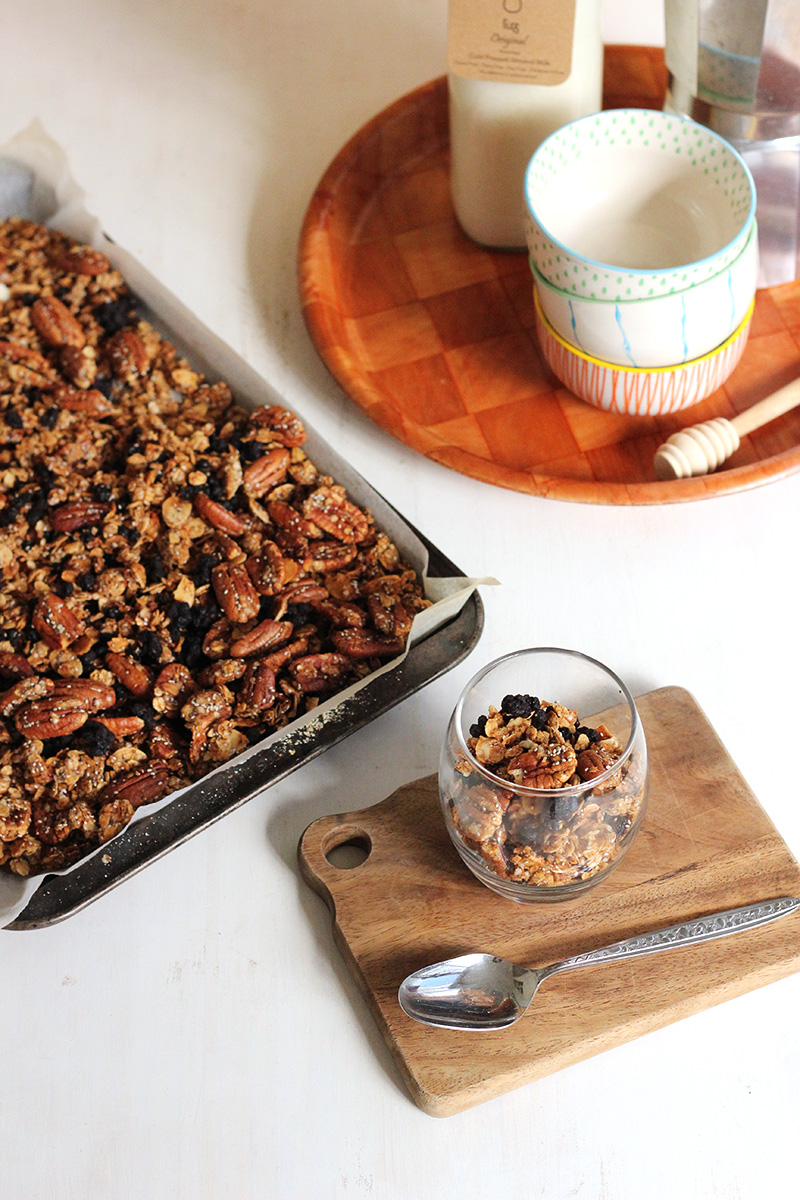 It’s got the same notes as blueberry pancakes; the sweetness and blueberry flavour from dried blueberries, and a toasty pancake-y flavour which somehow forms when you combine vanilla, pecans, cinnamon and maple syrup.

It’s got all the comforting notes that I love, but I can totally eat a bowlful of this at 7:30 in the morning, and not feel like I need to immediately get back into bed. 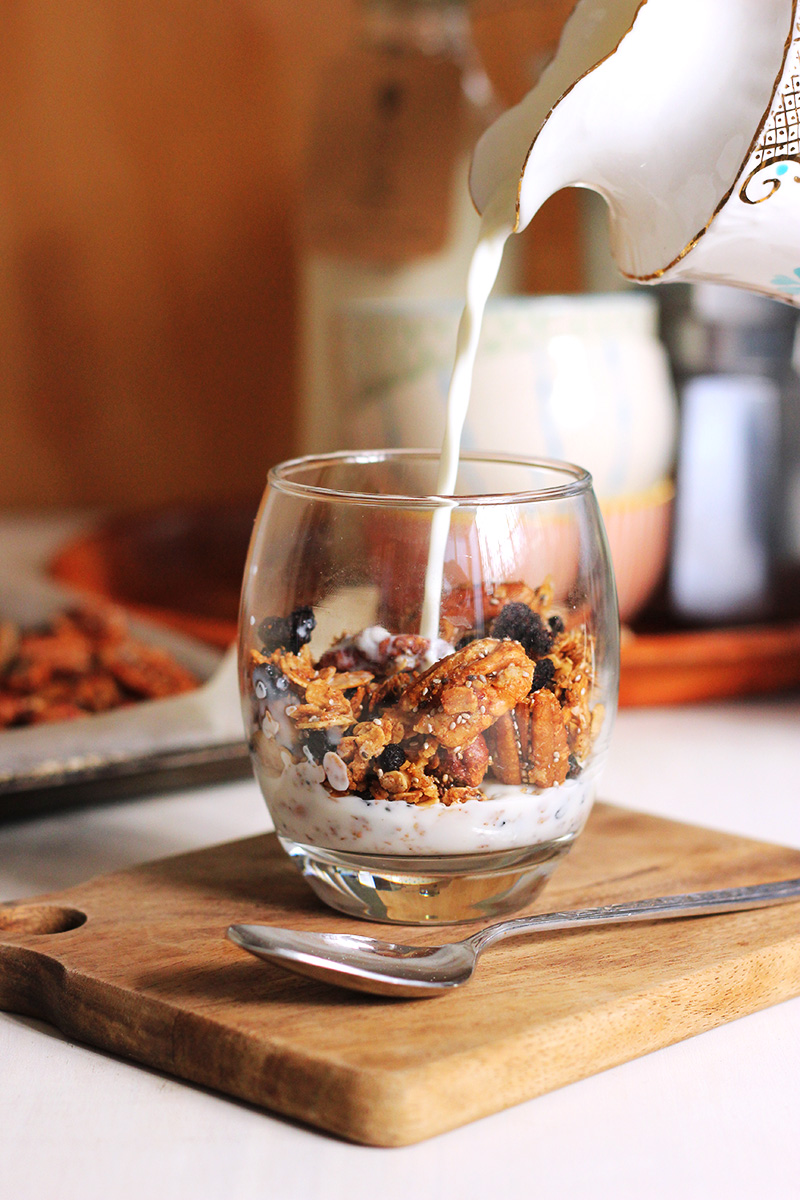 Aside from being a pleasant reminder of one of the greatest breakfasts of all time, this is just one damn delicious granola. It’s got just the right level of sweetness for me, as well as plenty of crunch, and it stars my new favourite dried fruit.

Have you had dried blueberries? I only just discovered them recently. They’re not cheap here in Australia, because blueberries don’t grow natively here, but DAYUM they’re so tasty! 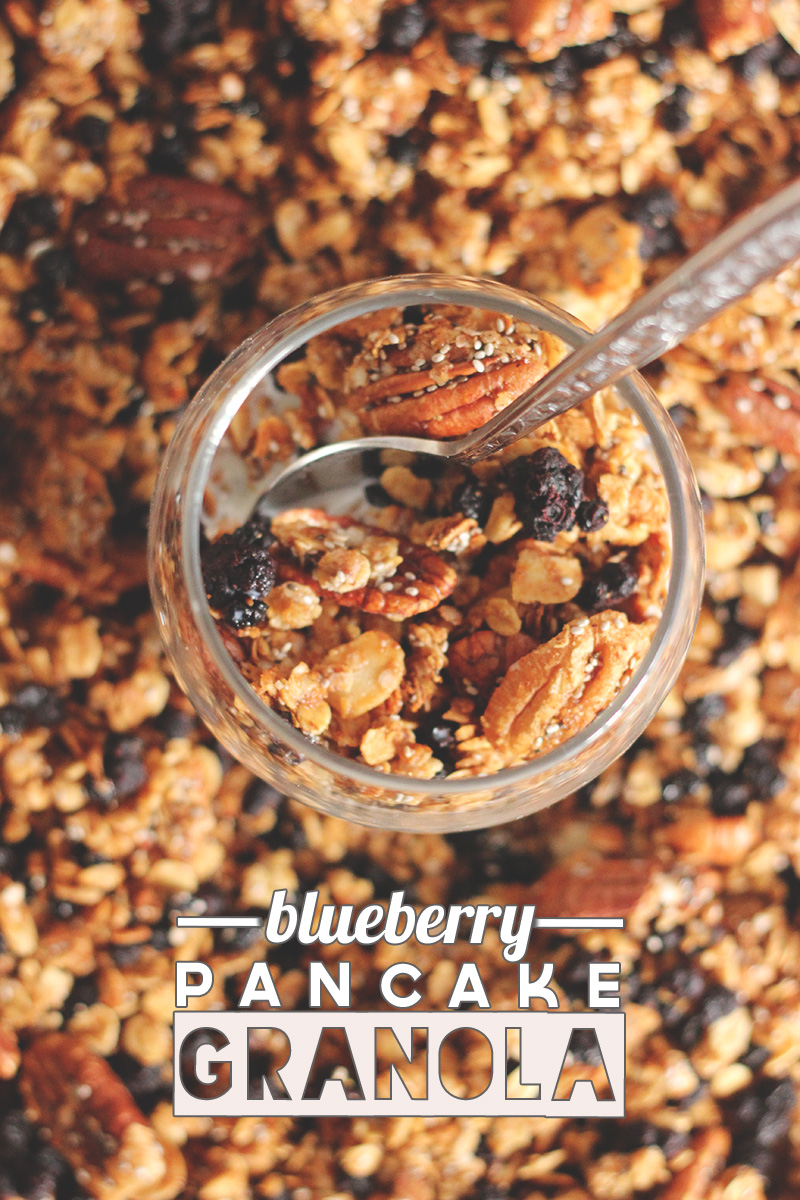 Time for another crazy business idea! I start a line of dessert-flavoured Granolas. I call it D.F.G. … or Granolesserts….or De-cereals. The name might need some work. But I totally think it would be a winner.

What’s your go-to breakfast, on the days when getting out of bed at 10 isn’t an option? And would you buy my Dessertanola? 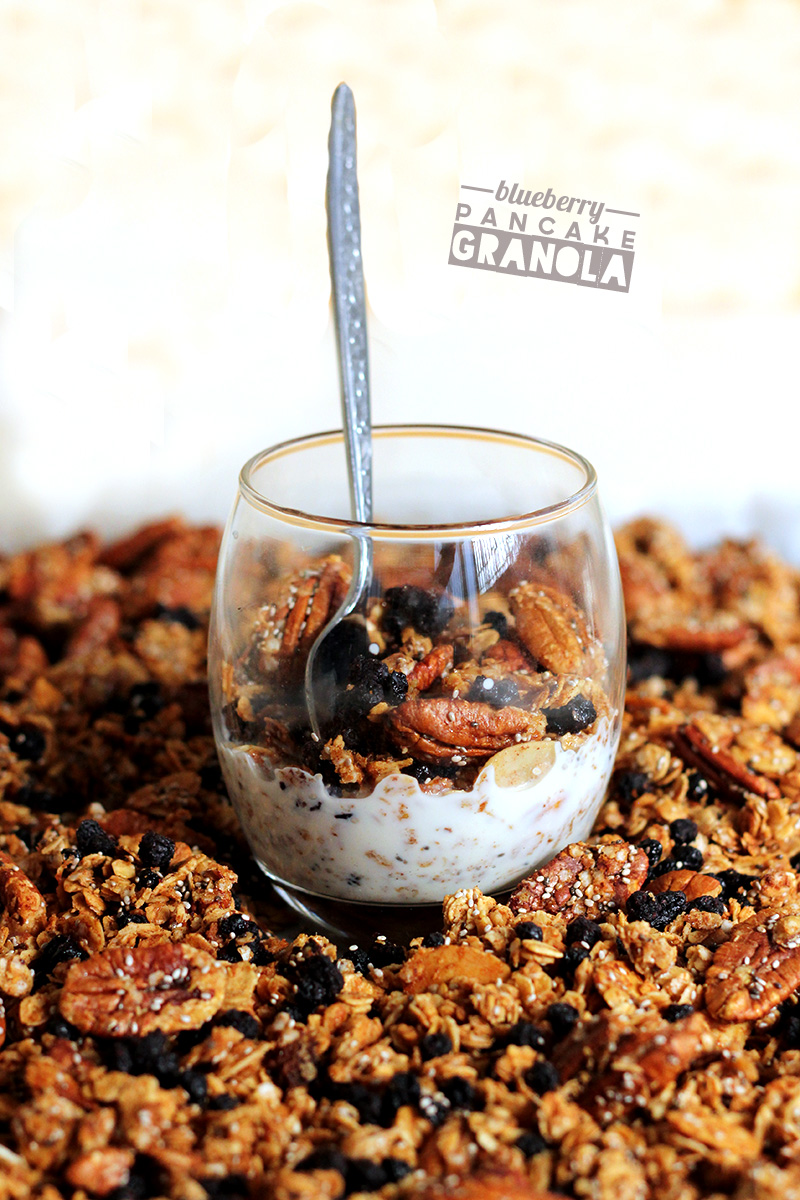 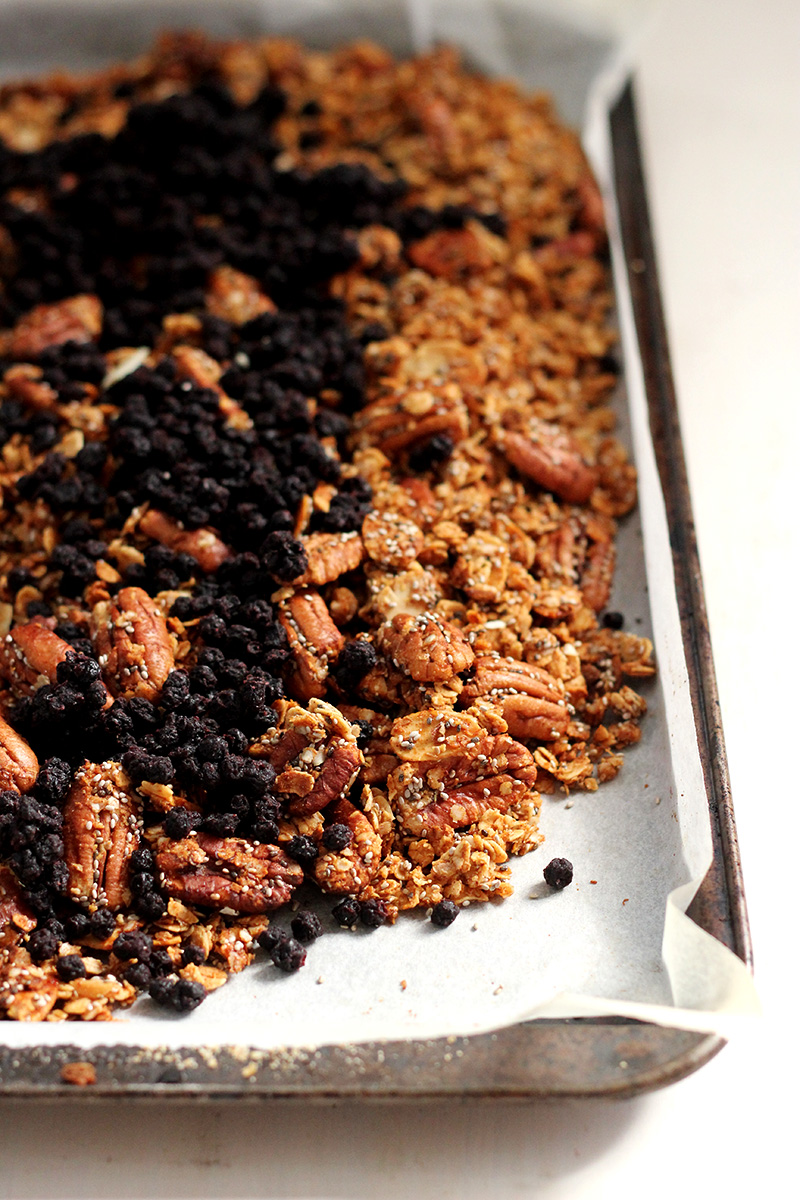