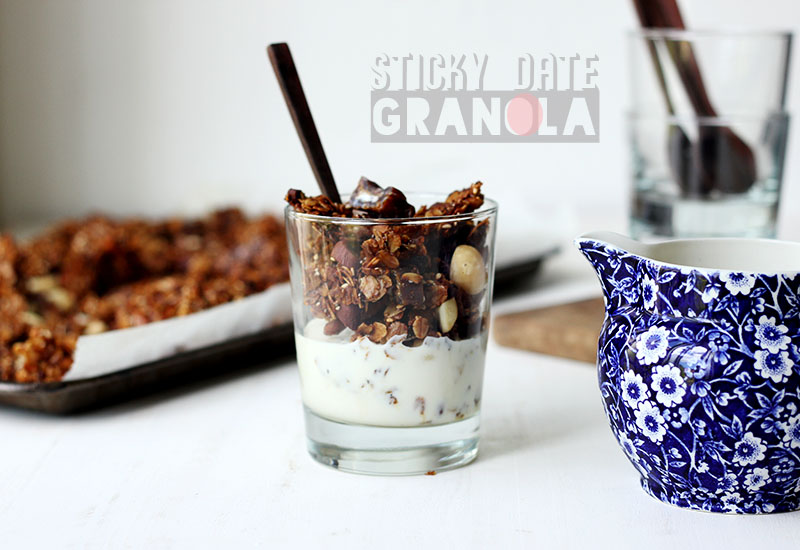 Tell me I’m not the only one who thinks making your own cereal is like magic? There’s something about all those boxes of cereal at the grocery store that says ‘you definitely can’t make me at home’. I’m looking at you, frosted flakes.

Froot loops and cocoa puffs have made breakfast cereal seem totally factory-made to me. Which is why it’s so cool to make up your own batch of granola, without any weird trickery or a warehouse full of oompa loompas. It’s exciting, you guys! 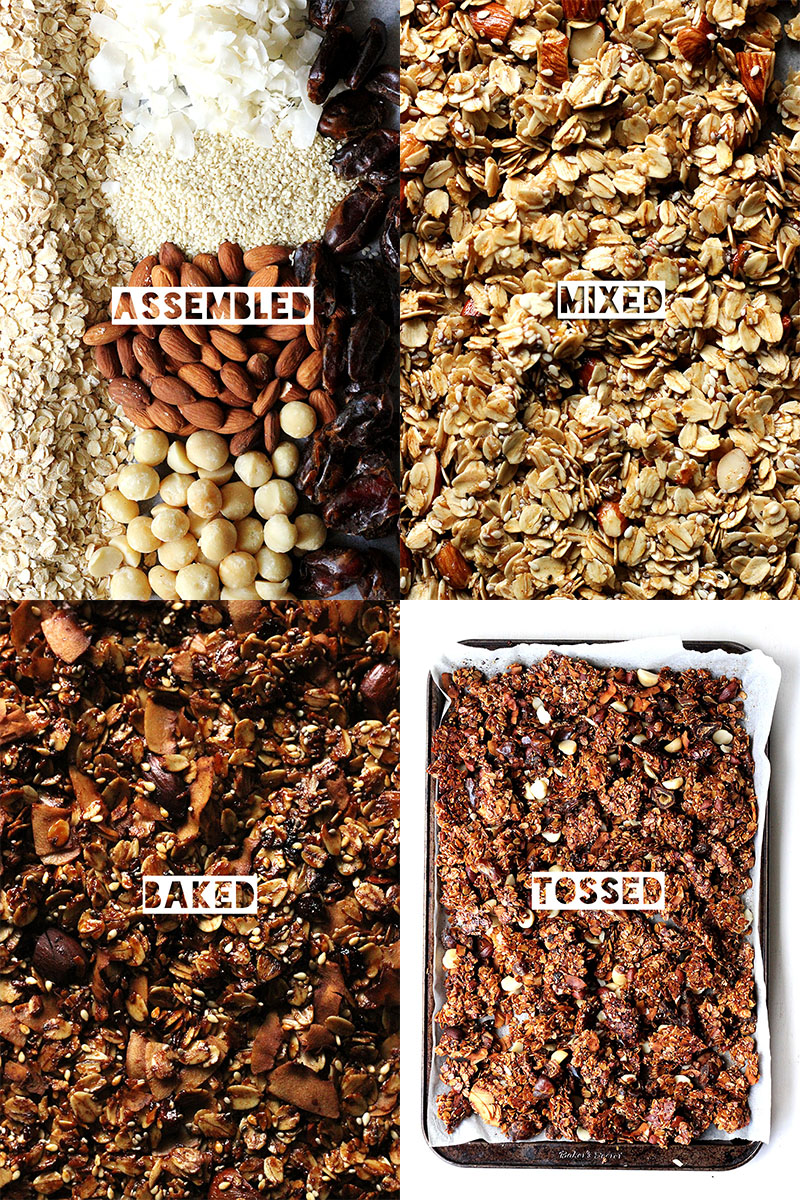 This granola is particularly awesome because it’s got all the excitement of being a breakfast cereal specifically designed to taste like a desert! And it does it without the weird chemicals or bucketloads of sugar.

Not that I’m against bucketloads of sugar. Just not first thing in the morning on a weekday. I wanna save up my morning sugar bucket for Saturday and that stack of pancakes that’s got my name written all over it. 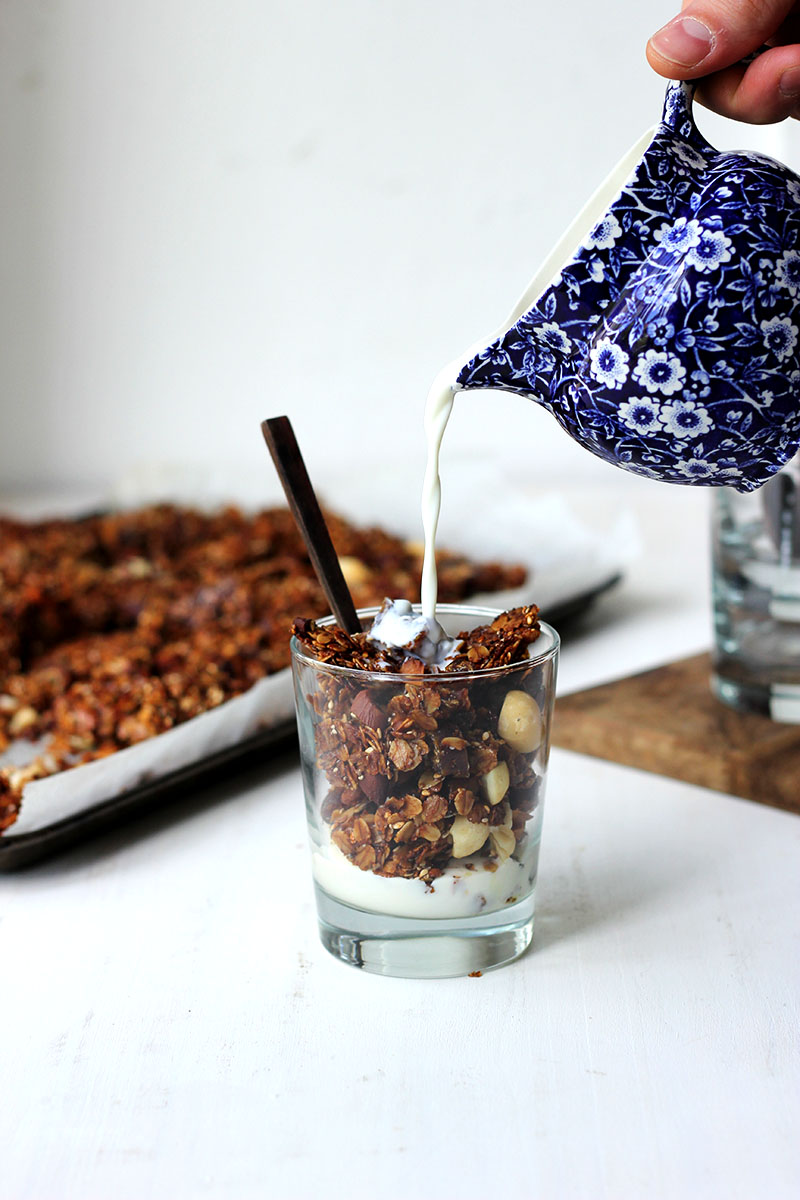 But I still totally want to enjoy my mornings, and I love eating things that were made by my own fair hands. So instead of paying CRAZY money for the organic store bought granola, I make this.

And I modeled it off the beloved British dessert Sticky Toffee Pudding, which we here in Australia call Sticky Date Pudding. Because it has dates in it and I guess we like to call a spade a spade. 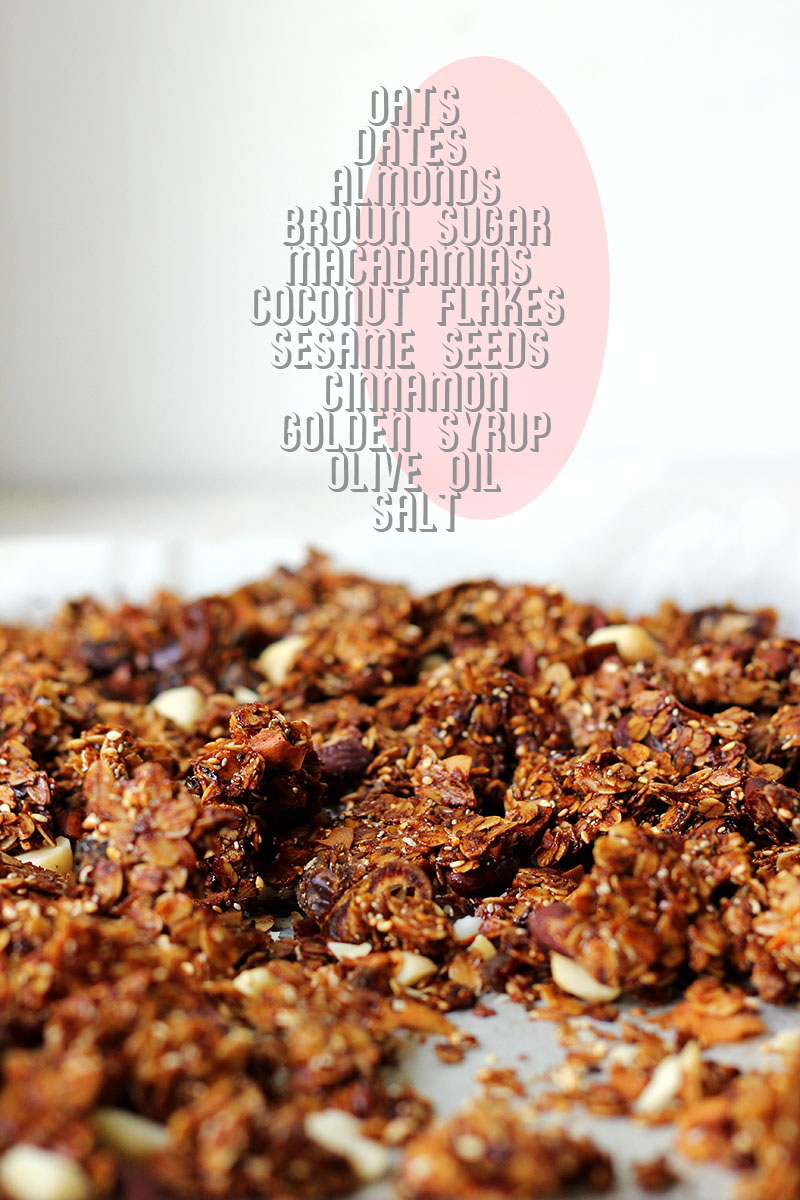 If you’re not familiar with Sticky Date Pudding, let me fill you in. It’s a rich buttery cake/sponge base, that gets subsequently drenched in a toffee/caramel/butterscotch sauce. And when I say drenched, I mean DRENCHED. It’s a dream.

With a little cinnamon spice, a generous amount of dates, and sweetness from golden syrup and brown sugar (not too much!), I feel like I’ve really summoned up the flavour of the heavenly Sticky Date Pudding in this granola. 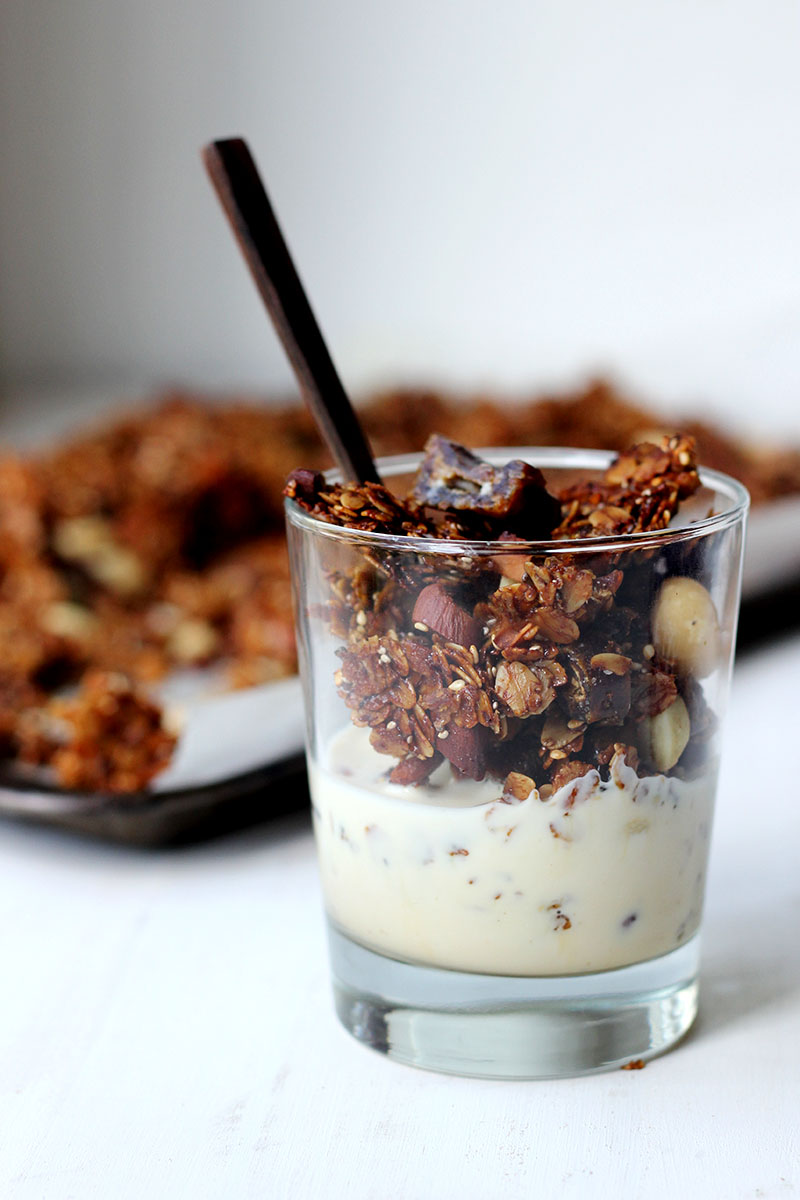 Of course, if you can’t find golden syrup or would prefer not to use brown sugar, either can be replaced with your choice of sweetener. Honey or maple syrup or even brown rice syrup would work beautifully.

With a swig of ice cold skim milk (or almond milk if I have any), this is what my weekday breakfast looks like these days. What are you chowing down on in the AM? 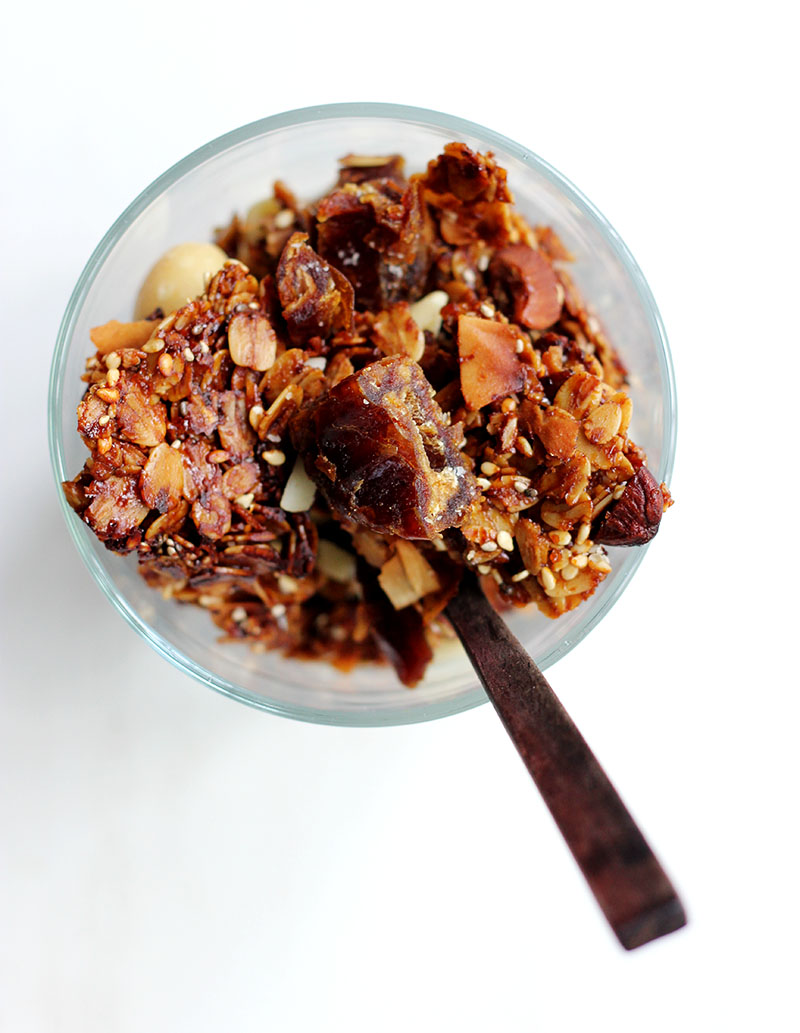