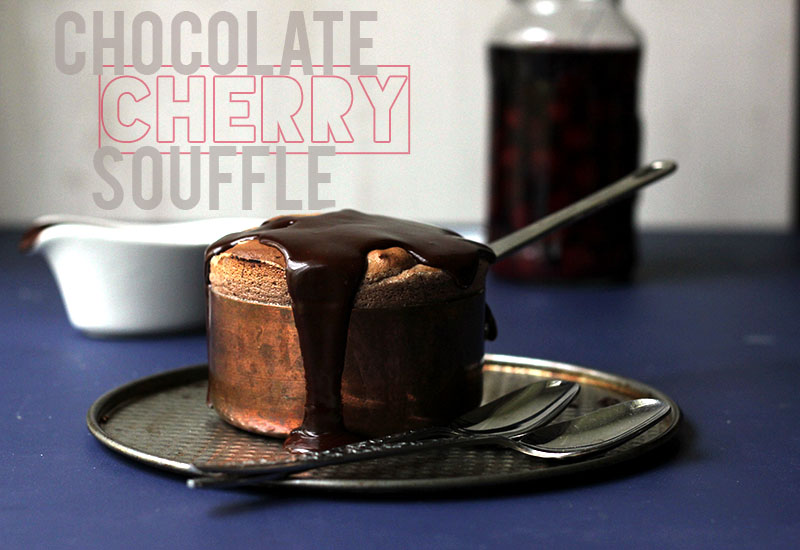 Sometimes you need a dessert sneak attack. I’m not talking about those days when you need to sit yourself on the couch with a tub of ice cream, or an entire cookie jar – though I totally have those days.

No, I’m talking about those times when you need to whip out a proper, grown-ups dessert on short notice. It totally happens! Sometimes you plan a whole dinner, but then dessert somehow manages to slip your mind. Or you decide on the spur of the moment to make dinner a little more special than usual. Or people somehow multiply in number come dinnertime. 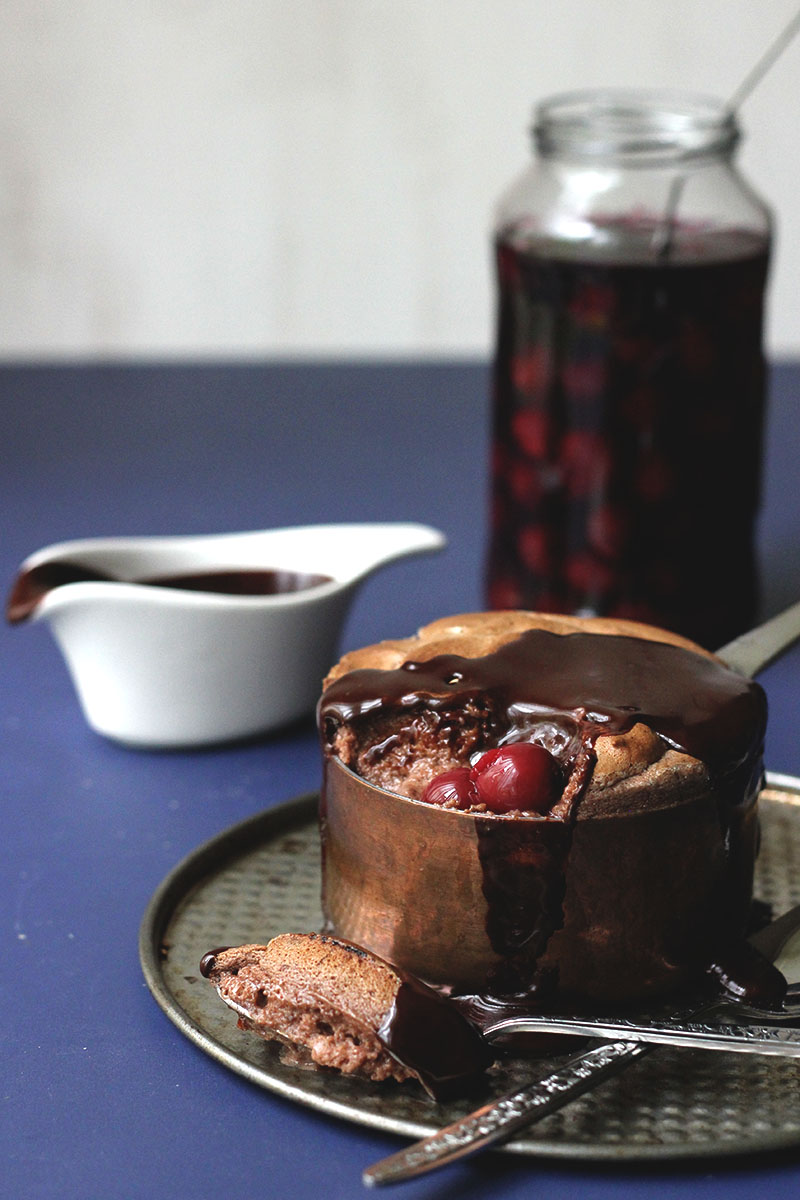 Of course, no-one ever needs to have dessert. But sometimes we want it. And that’s enough for me.

I’m firmly of the opinion that you have to get your kicks in life where you can. And if it’s as easy as whipping out a few store cupboard staples and in half an hour tucking into a crazy-fancy French dessert, well then HELL YEAH, let’s do it! 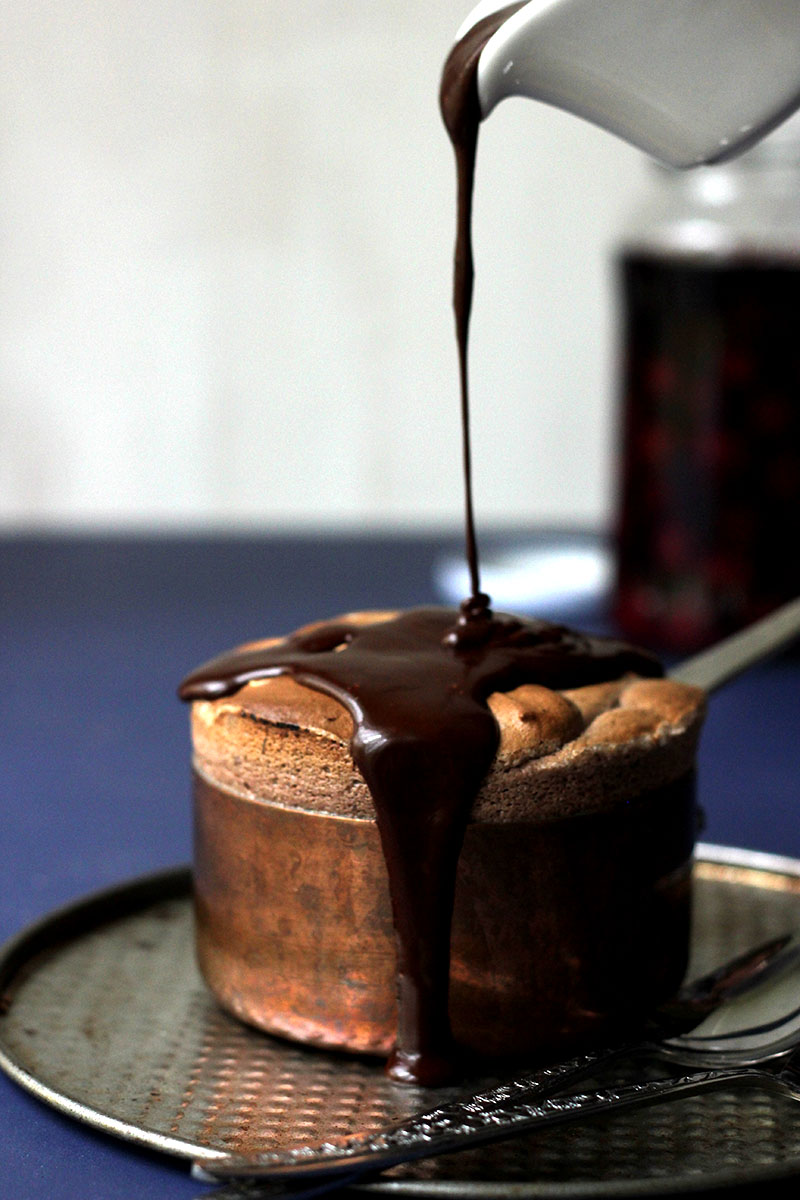 That’s right – store cupboard staples. You heard correctly. Because that is the beauty of this recipe. It’s made entirely out of things which you almost certainly have in your house right now.

At the most basic level you’ll need eggs, cocoa, sugar, cornflour and milk. If you’re ready to take it up a notch, you’ll need some preserved Morello cherries (or other berries of your choice, but the cherries are ace). And if you’re at pro-level store cupboard status, you might have some dark chocolate for a decadent swathe of sauce. 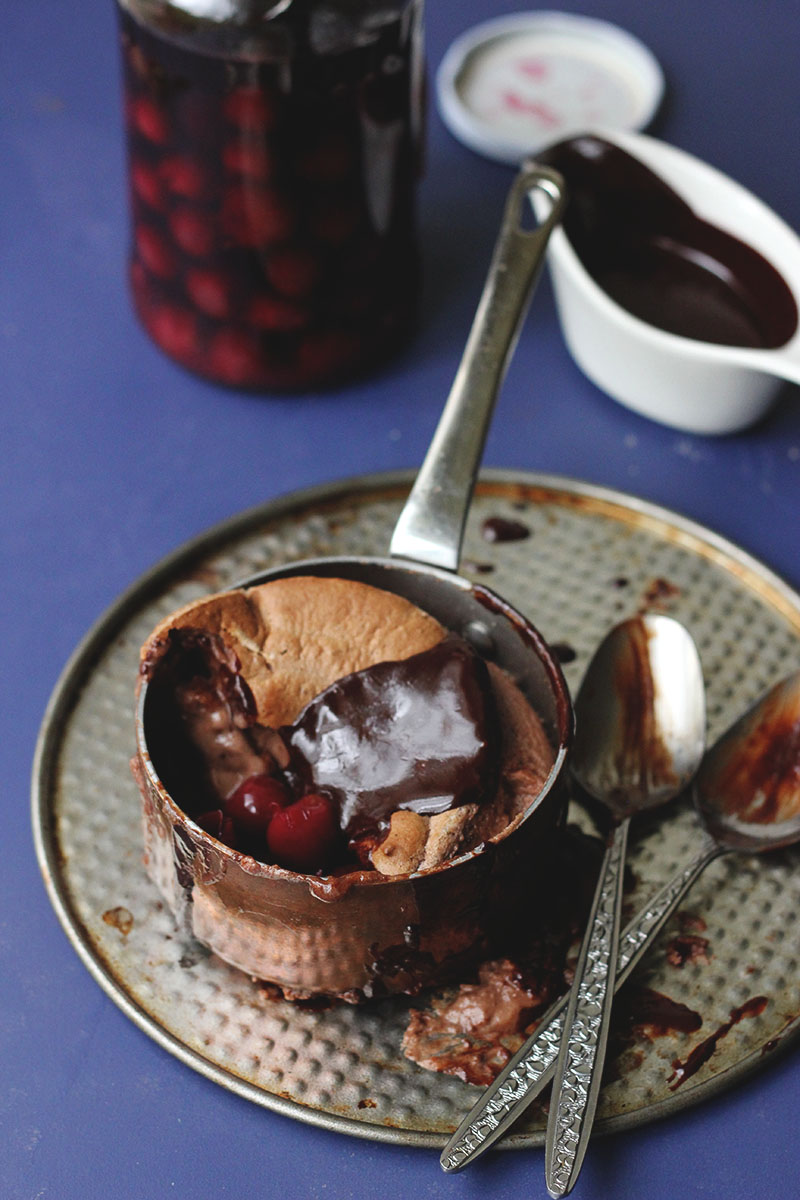 I love desserts that I can whip up from things I always have in the house. I’m one of those people who tends to scoff any cool thing they buy within, like, two days of going shopping. So dreams of awesome fruit desserts are often fruitless, because I just eat that fruit whilst watching Youtube videos. 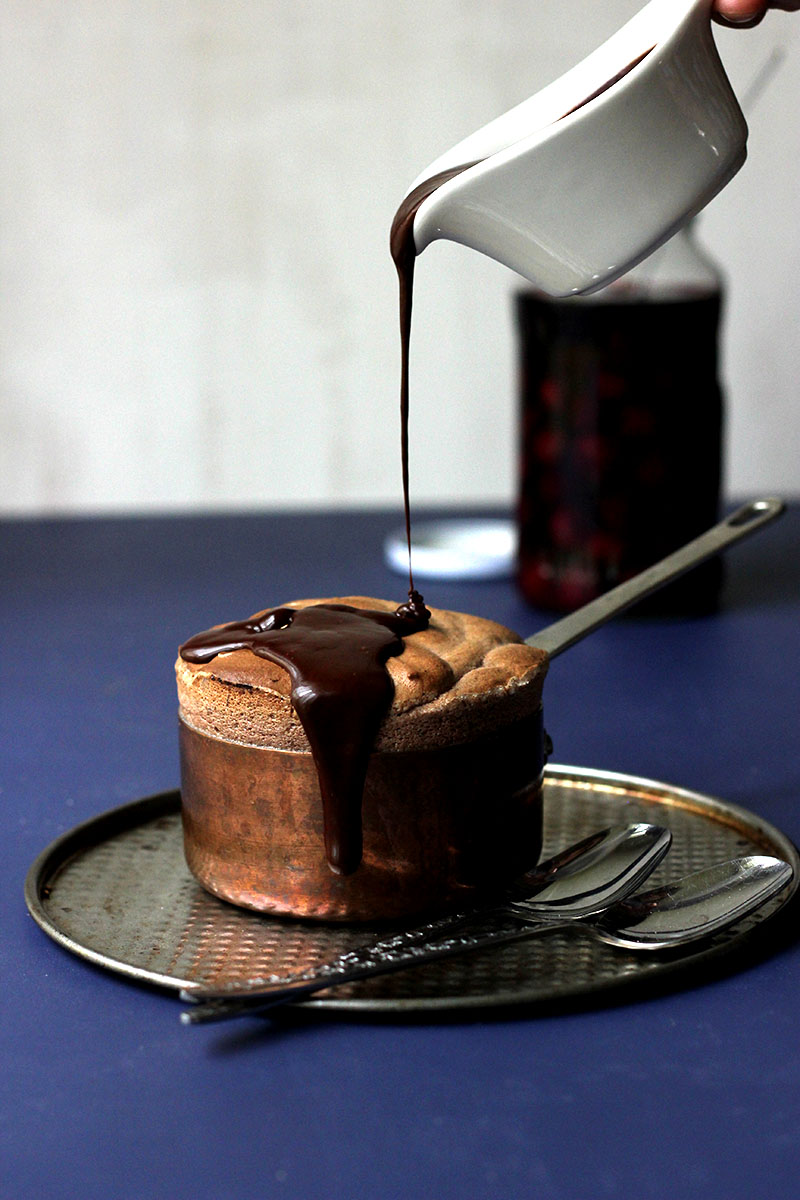 So the luxury of being able to just rummage about in the cupboard, whip up some eggs, and then pass out the spoons and dive into a delicious chocolate mess, yeah, I love that.

No-one’s still afraid of soufflés are they? Take it from me, they’re nothing. Sure, if you had to make 100 of them you might have problems, but at home, they’re a piece of cake. Really simple, especially delicious cake. Tell me, do you have a dessert that you always know you can whip up? Let me know in the comments! 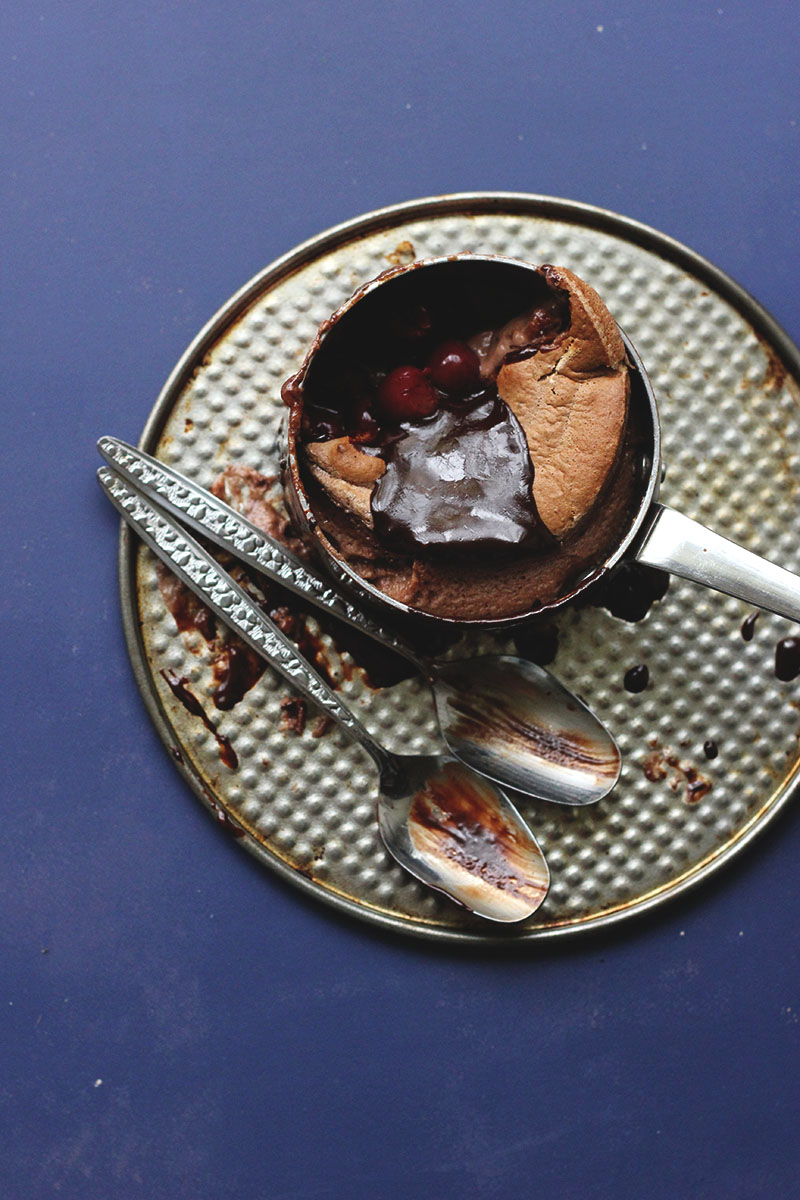 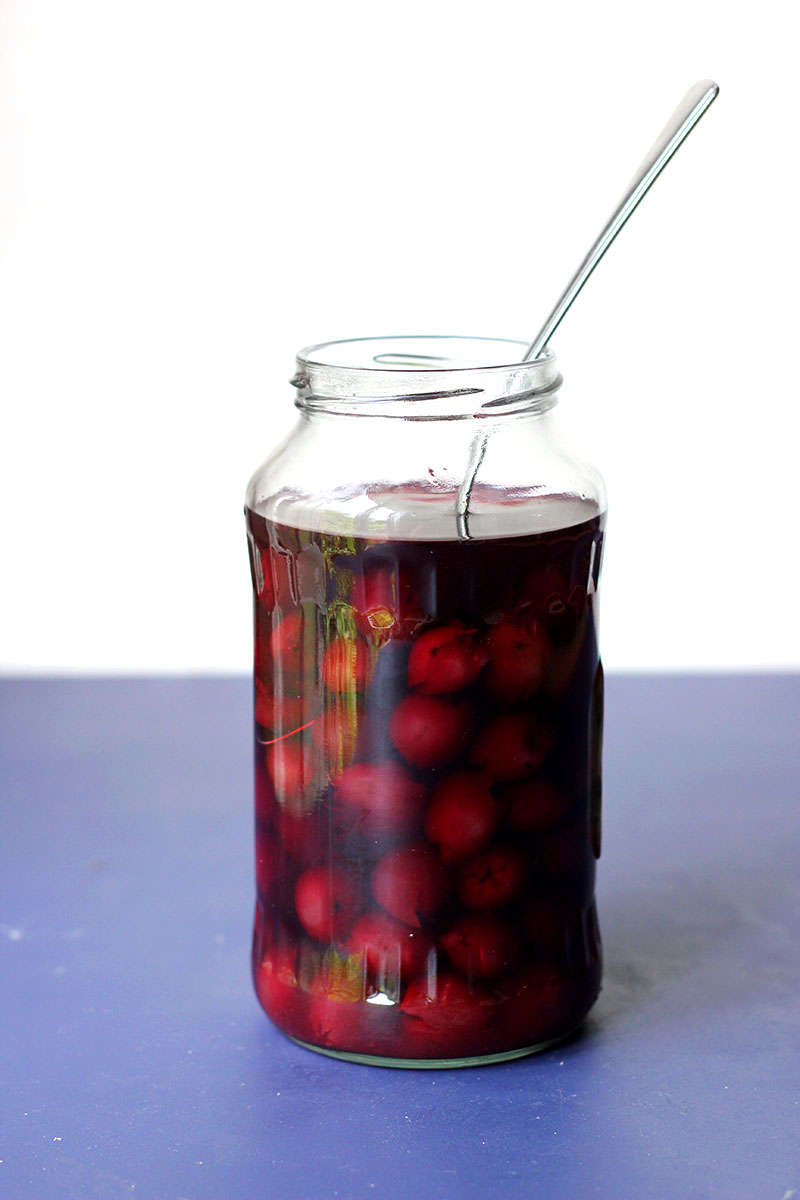