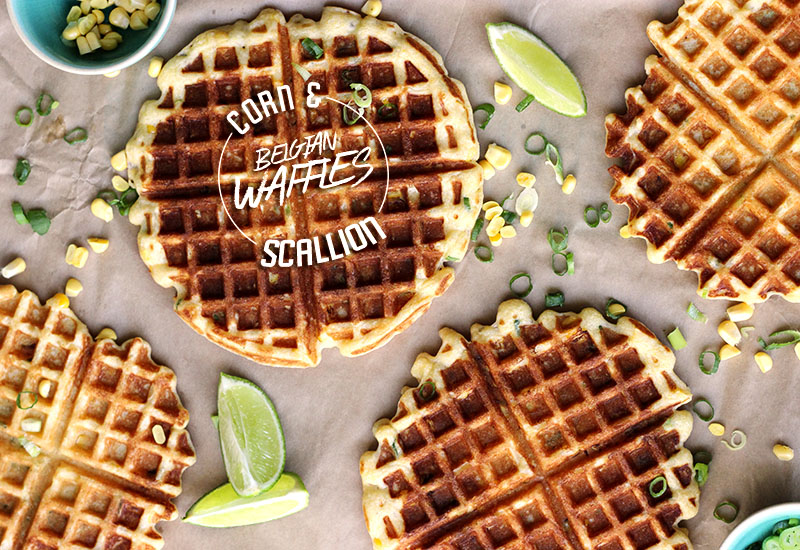 Sometimes inspiration just strikes. Like when you’re driving to the greengrocer to pick up your fruit and vegetables for the week, sure and certain that today you will be making a Bavarian Cream Pie.

It was written in stone. You had decided weeks ago that Bavarian Cream Pie it would be. There’s only so many days a week you can do this recipe testing lark, you know. Planning in advance is important. 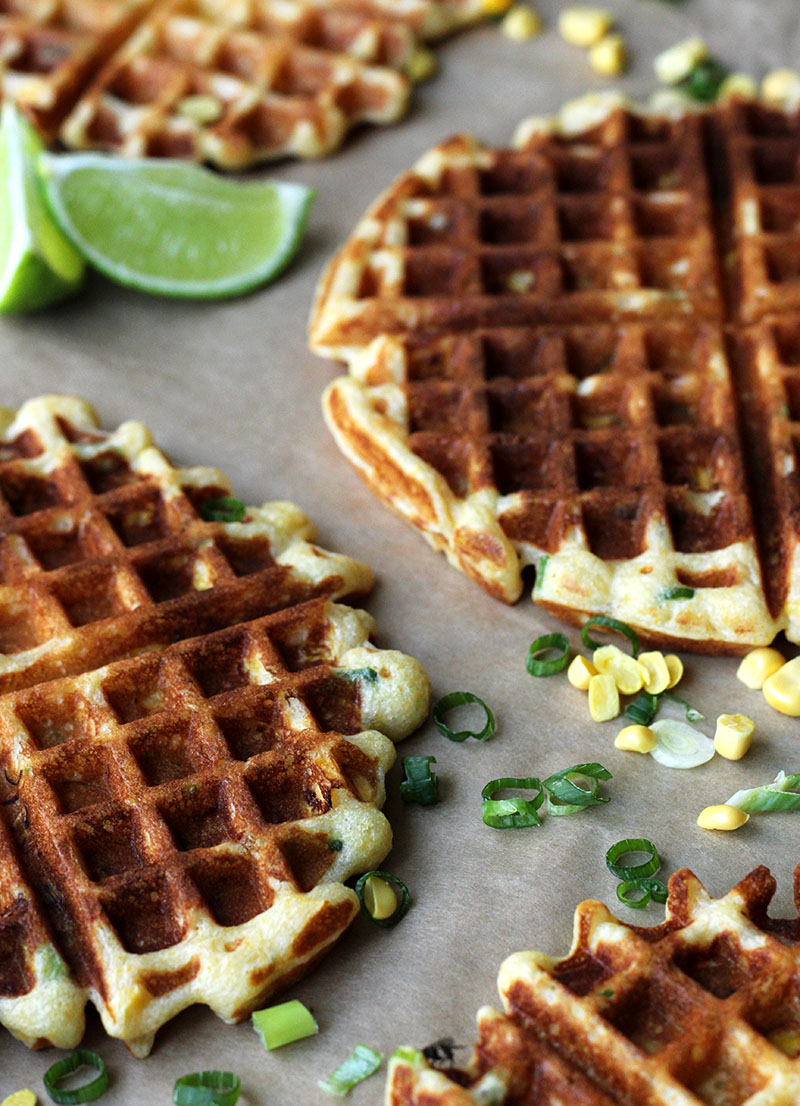 Well, it seems like lately I’m becoming a case study for throwing good intentions out the window. Exhibit A: these bagels.

Exhibit B: these waffles. 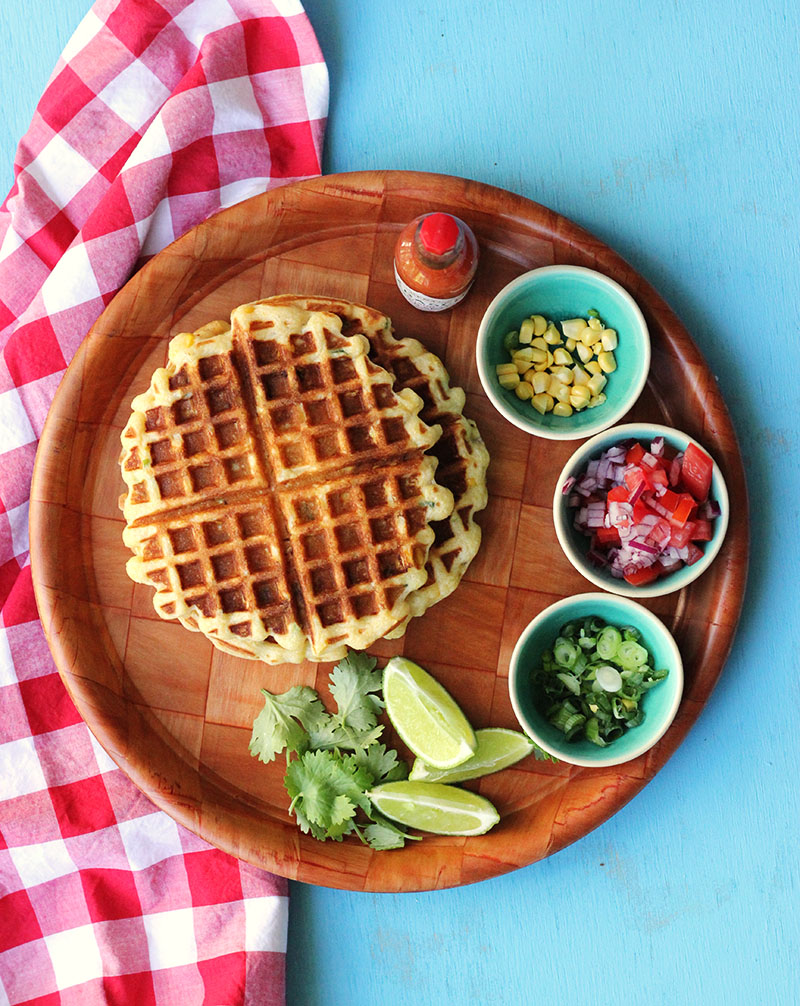 I think it was the very fact that I was on my way to get supplies that did it. On the one hand, I was totally zoned out, driving a route which I’ve driven a million times before. And on the other hand, I was thinking about what to buy, what we’d eat this week, and what I felt like.

Lucky for me this unique combination of zen-like un-focus, and vague food thoughts led me on a track that went something like this… 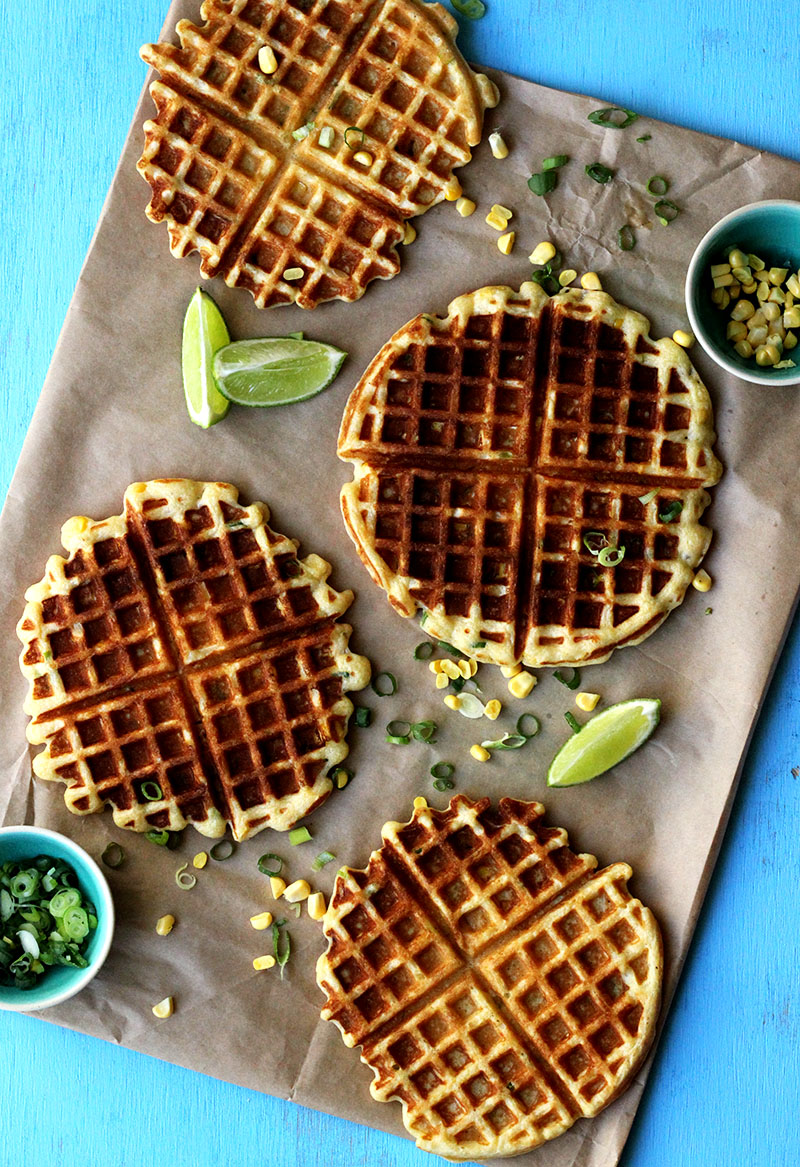 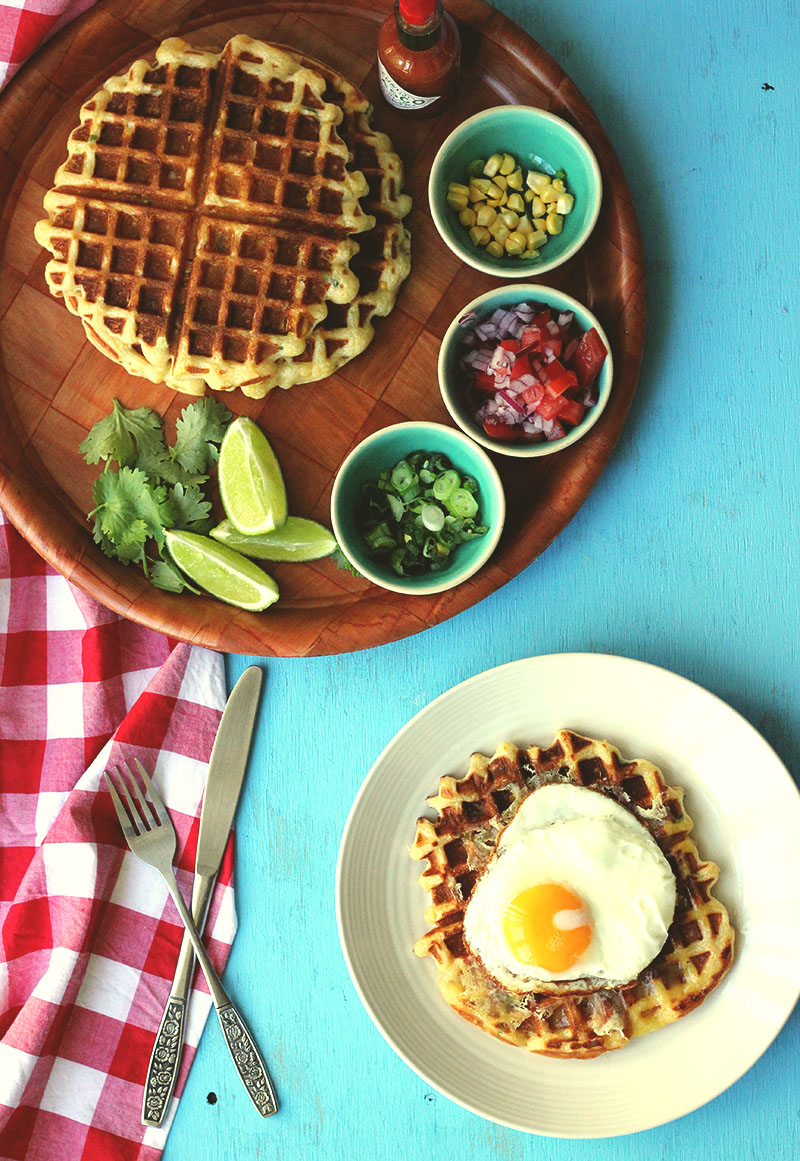 And then I couldn’t believe I’d never seen corn waffles before. I’m sure they exist, but they are pretty rare and hard to find. But don’t worry! Don’t fret! Because I totally have us covered. 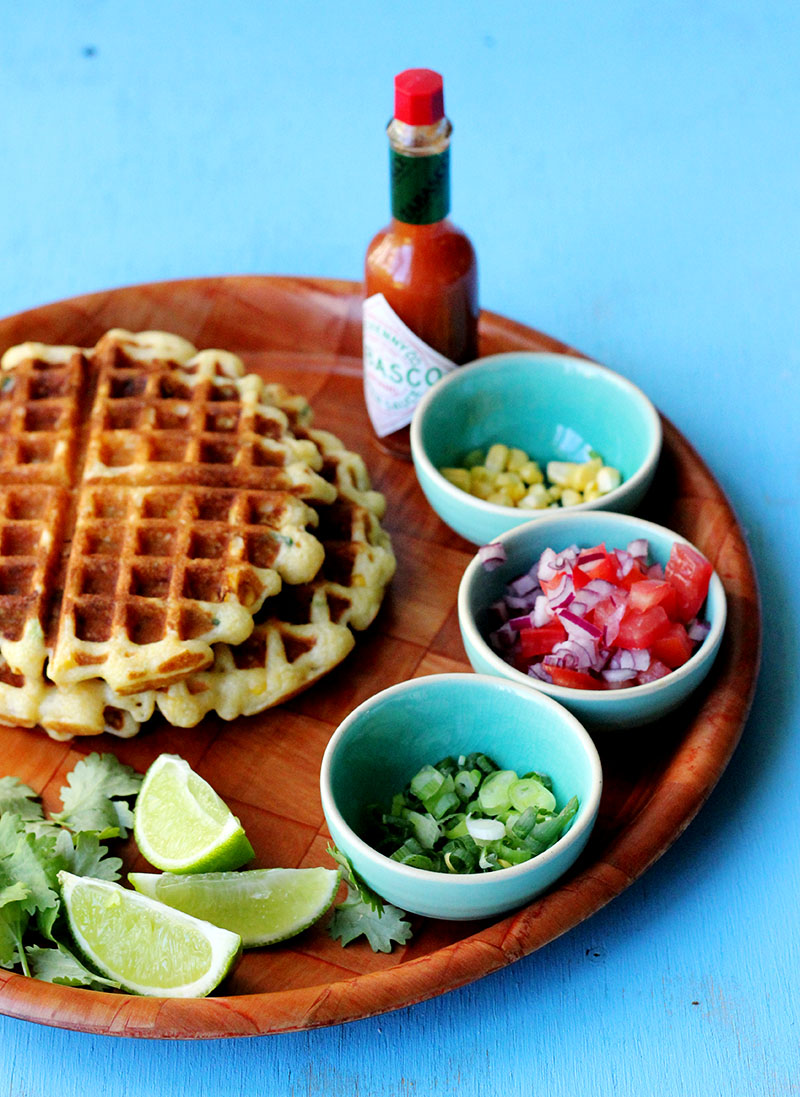 The batter is part wheat flour and part cornmeal so there’s great crispy texture. There’s a healthy portion of butter in the dough, which is basically corn’s best friend. The scallions lend everything a fantastic savoury note, but they still cook through in the waffles, so there’s no harsh onion flavour.

Topped with melted cheddar, a fried egg, some pico de gallo and a liberal sprinkling of hot sauce, this is officially my favourite anytime/hangover meal. What do you eat when you need a little restoring? 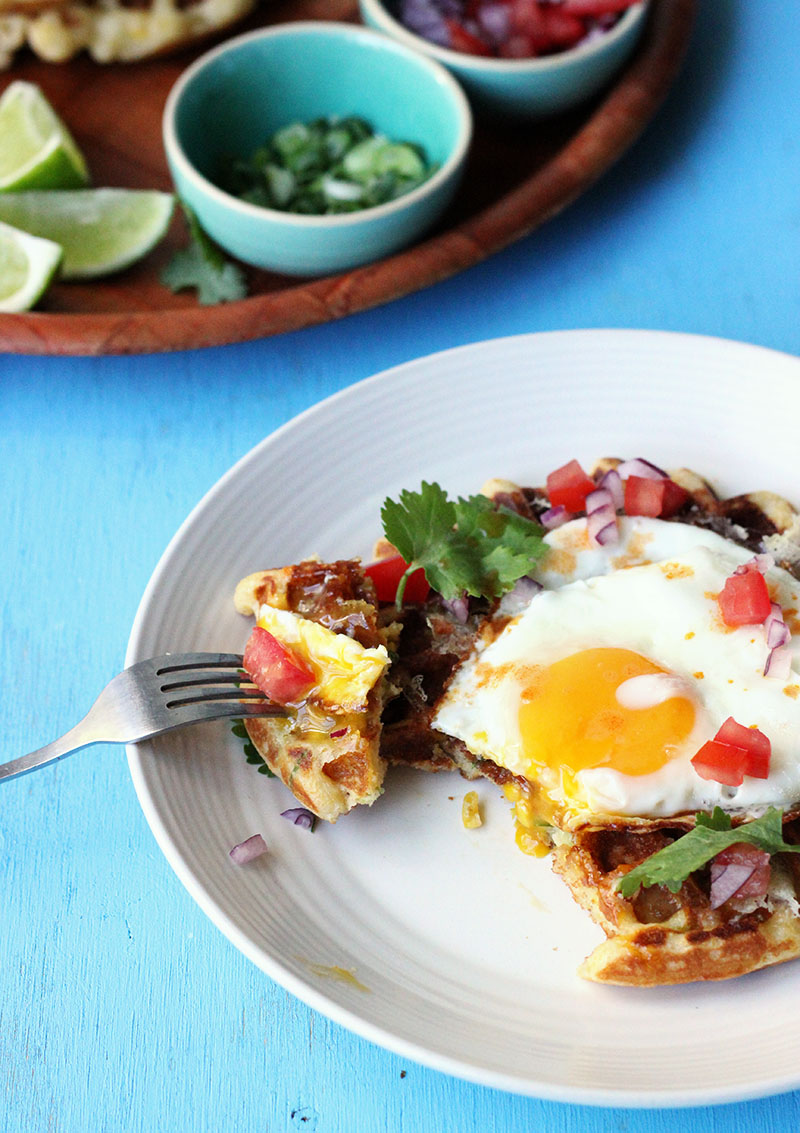