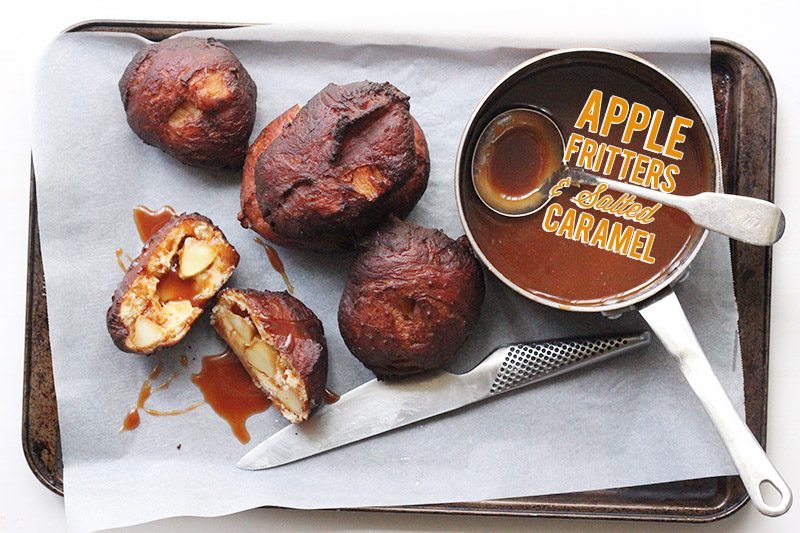 Inspiration strikes in crazy and unexpected ways. Because get this: I had literally never even thought about apple fritters a week ago.

A week ago, if you had said to me, ‘Hey Sarah, you bodacious babe, why no apple fritters on your blog?’

I would have replied, ‘What are you talking about, my dear Willis?’. 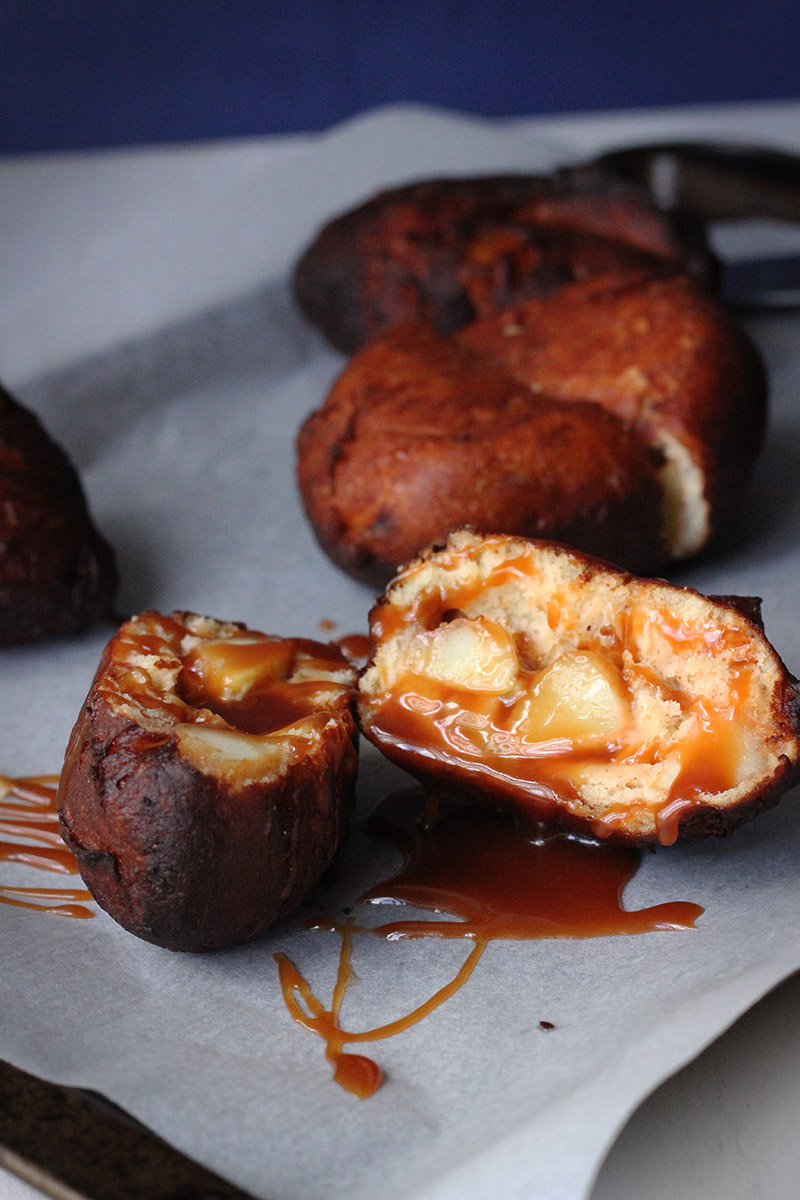 My mental picture of an apple fritter a week ago was of a ring of apple, battered and fried. Which, frankly, did nothing for me gustatorily. Apple, batter, fryer – so far so boring.

But then, my friends, I got an email. A totally cool email from a totally cool person who reads this here blog.  So of course, I stalked the entire internet history of this person. Which led me to reading a couple of articles about the donut scene in LA. Because I like to try and keep up with the donut scene globally, you know? 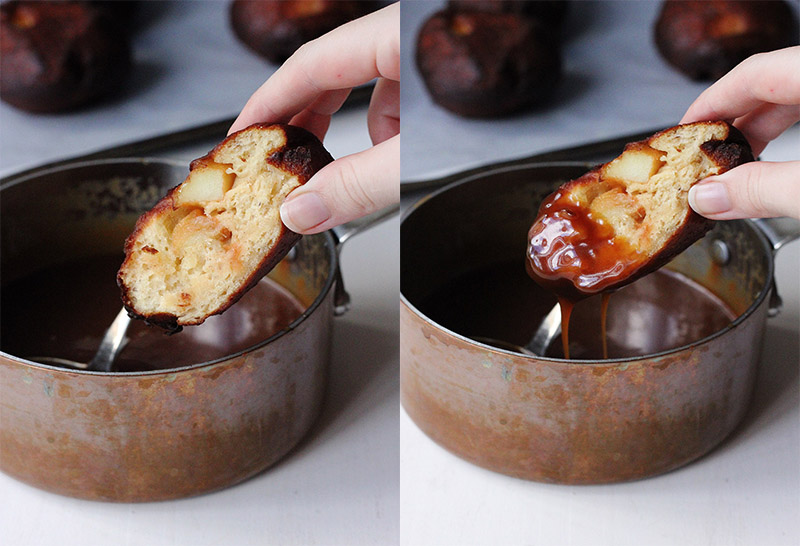 And that, good readers, is where I first laid eyes on the donut-shop apple fritter. No measly batter-coated apple ring, this was a big, chunky, apple filled pile of yeast-risen goodness.

In my mind I could already taste the crispy, nutmeggy donut batter, wrapped around abundant chunks of soft apple, the whole thing redolent with cinnamon. I envisioned a fritter that would bring together all the best aspects of a donut and an apple pie. 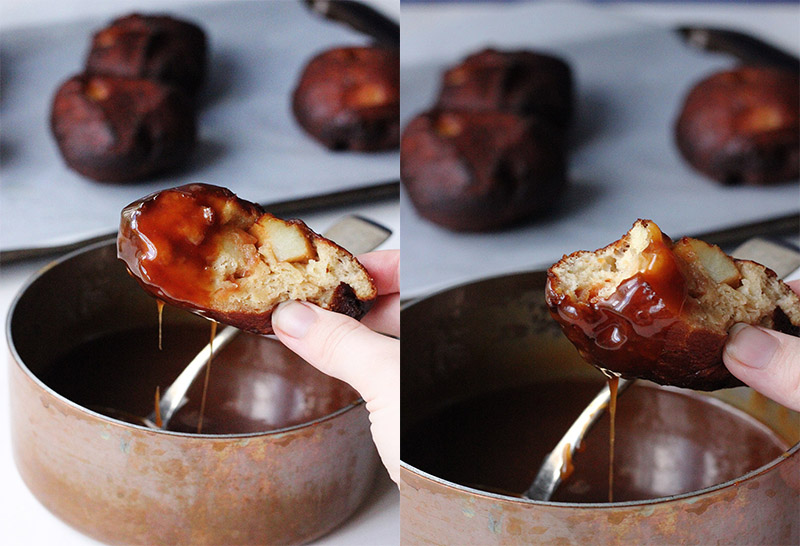 Only one question remained. Should I coat them with a vanilla bean glaze, as seems traditional? Or do I trust my instincts and douse them in salted caramel? I took to twitter with this burning question, and the great hive-mind (with special thanks to @DMartin_3 @ohsosweetbaker @KateSpritz & @PerthChocoholic) provided.

Salted caramel won by a mile.

Did these apple fritters live up to my dreams? You know they did. Just about the best damn thing I’ve eaten this year. Seriously. SO WORTH the effort of frying. And this batch only makes six, which is a good thing, trust me. You don’t want to have more than six of these in the house at one time.

These donuts are so good, I could fall in love with them. Which is a seamless segue to this awesome little video, sent to me by the talented Kira Hesser. I loved this little film, such a cool quirky idea and great execution. If I ever do a video for The Sugar Hit, I’d want it to be like this!

Apple Fritters with Salted Caramel
Print
Apple fritters; when donuts and apple pies make love.
Author: Sarah Coates
Ingredients
For the dough:
For the apples:
For the salted caramel:
Instructions
3.2.1275