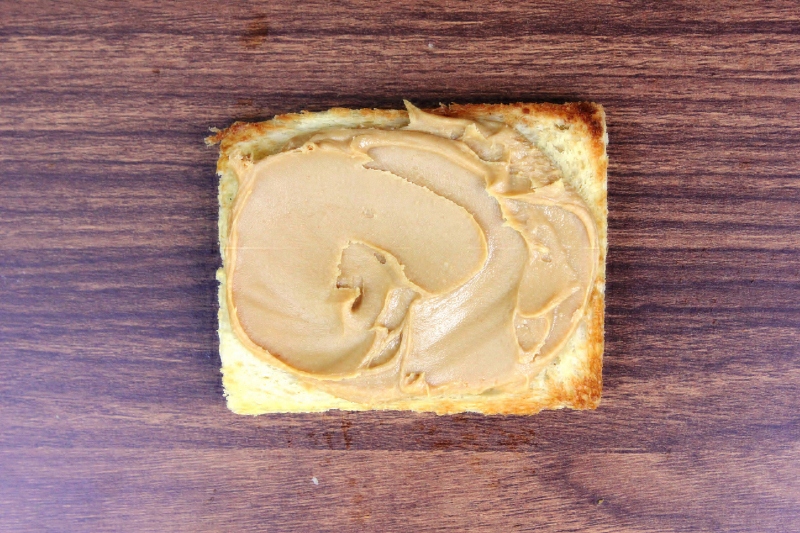 Hello again, lovely internet. This week we are continuing with the next installment in the Tripped Out Epic Fairy Bread series. This recipe is for an Apple, Peanut Butter and Butterscotch concoction, and I think it might be my favourite of the three. But then again, we haven’t discussed the next and final version yet. Anyway, there is something that is just so moreish and compelling about this particular fairy bread. The Peanut butter is rich, and mouth-filling and salty – almost savoury. Coupled with the sweet, creamy, almost bitter butterscotch sauce, and the acidic burst of the little green apple cubes! Oh my goodness, it’s….it’s serious stuff. 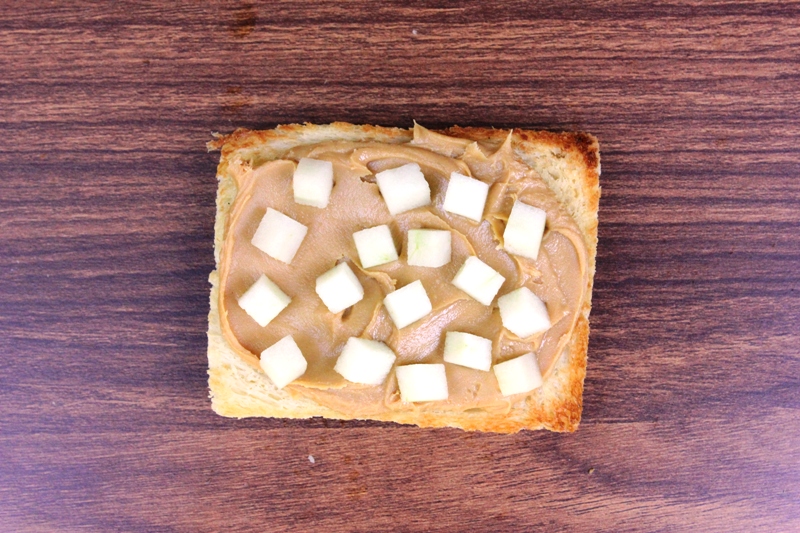 This is the fairy bread that is surely eaten by the badass fairies. The ones that are in people’s faces and wearing black leather, and fingerless lace gloves, and styling their hair like Madonna circa Vogue. The ones that listen to Led Zeppelin, and The Rolling Stones, and Black Sabbath. Speaking of Sabbath, I was watching a documentary about Ozzy Osbourne just yesterday. He was a complicated man, and his story has a strange sadness about it. I really truly admire the relationship that Ozzy and Sharon Osbourne share. There is something about a couple who have made it through so much together that is really inspirational. 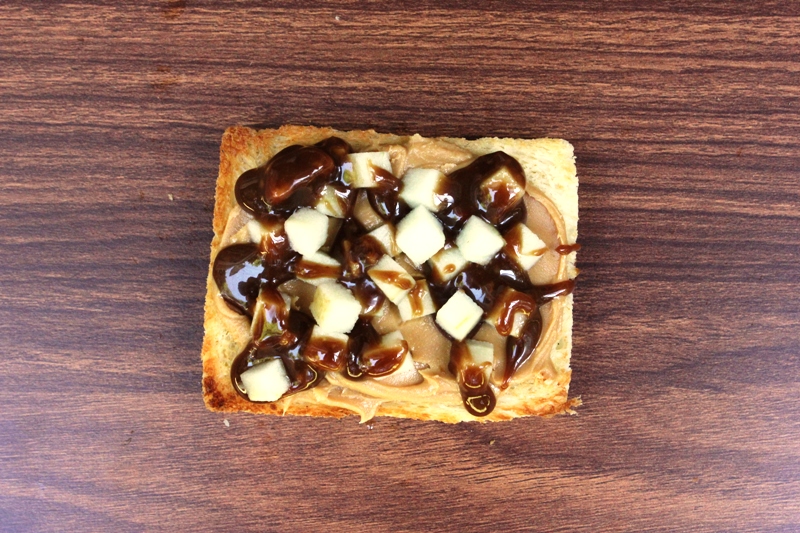 So whilst watching this program about awesome Rock and Roll, and admiring the staying power of Sharon and Ozzy’s romance I, being the delightful partner that I am, begin to pester my own boyfriend about the fact that our love story isn’t “grand” enough. After about 5 minutes of this, I floated up out of my body and realised two things:

1) Sometimes I’m a real pain in the ass

2) People who are having “grand” experiences rarely discuss said experiences whilst experiencing them.

Moral of the story? Don’t overthink it. Try not to get too meta, and just enjoy and experience life’s rich tapestry. Until next time, my loves! 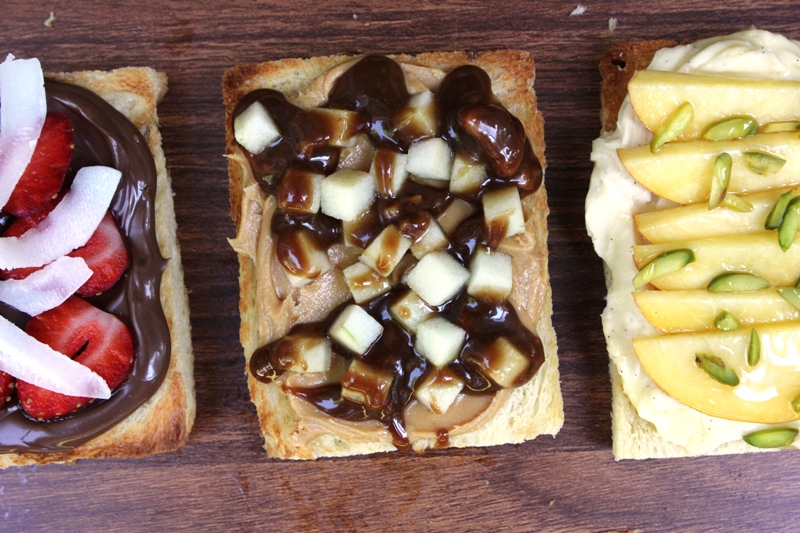 Per piece of Fairy Bread 1 slice of Brioche, crusts off and toasted

1/4 cup cream To make the butterscotch place all the ingredients in a small saucepan and bring to the boil. Boil for about 3 minutes, and then remove from the heat, and leave to cool.

To make the Fairy Bread, spread the peanut butter on the cooled toast, and the sprinkle over about 2 thirds of the apple cubes. Drizzle over the butterscotch sauce, and then top with the remaining apple cubes. Serve immediately to a waiting team of badasses.