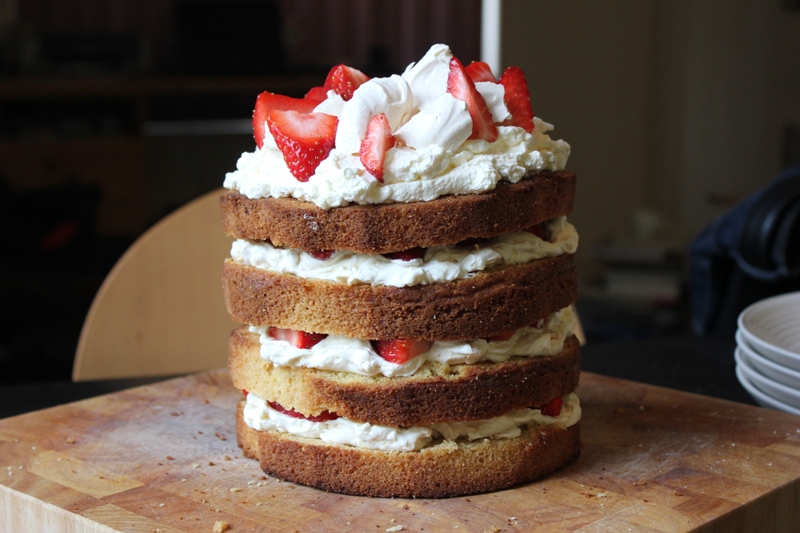 Twitter is up there for my number one favourite thing I’ve discovered about 7 years after everyone else. Like everyone else, I am secretly really attached to the idea of trying to get as many followers as I can – purely out of a jealous vein of competitiveness that runs through every aspect of my life. It’s one of those times when I never know if everyone else feels the same way and won’t admit it, or if it really is just me. To celebrate hitting the 50 follower milestone, I baked this cake – a four layer, Eton Mess cake. Butter cake stacked with whipped cream, strawberries and crushed meringue. Allllllright. 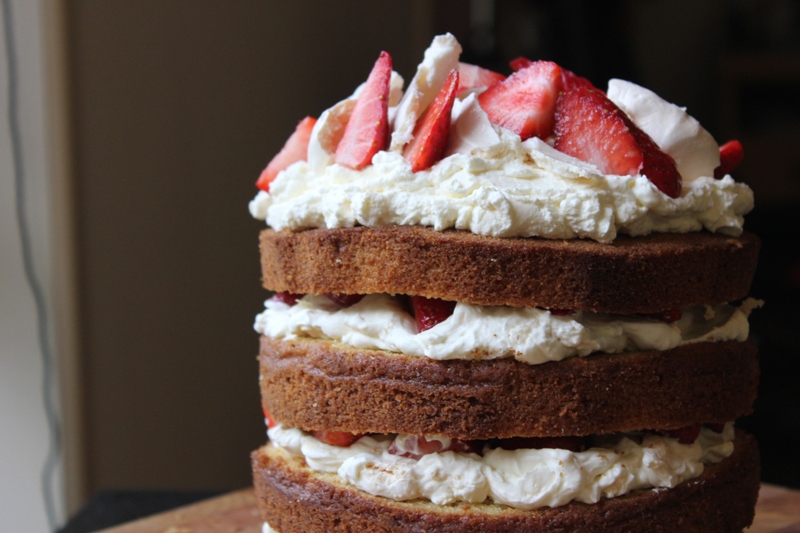 One of the great things about Twitter is that it brings people who you would otherwise NEVER meet, a little bit closer into your world. For example, I met a local Brisbane writer, Michelle Law, recently at an event launching the 89th edition of Voiceworks – an Australian literary magazine supporting writers under 25. Without Twitter, I would never have heard of Voiceworks, never have heard of this event, never have met any local writers. 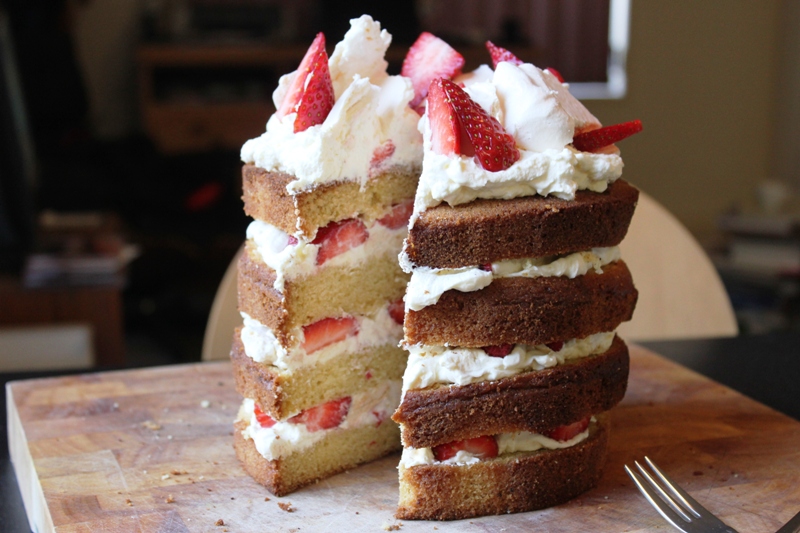 The thing I really admired about Michelle is the candour with which she writes. 100% honesty is a difficult frontier when you’re in the business of creative non-fiction, because you and the people you are in direct contact with are your subjects. Not even writers want to hurt the people they love, or at least I don’t, and not everyone is as understanding as one would hope. So how do I manage that balance? Right now, I can bask in the luxury of being pretty sure that none of the people who are closest to me actually read this. 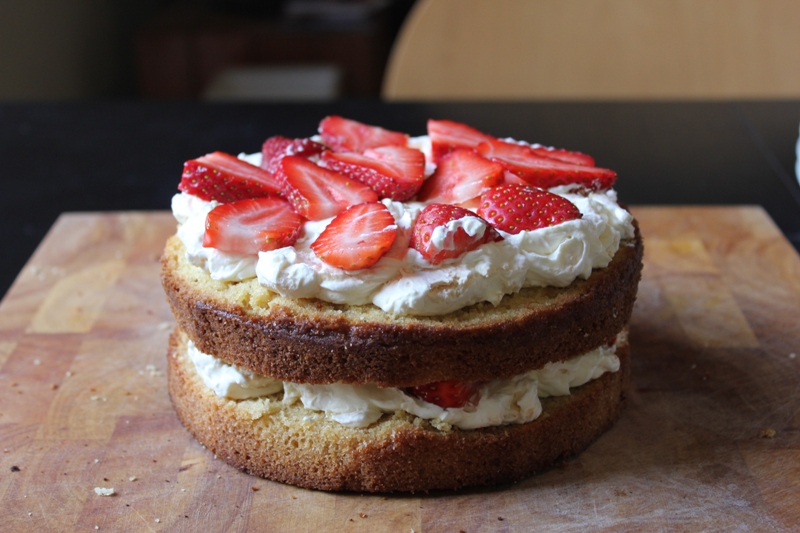 That is pretty hilarious, as you would think they would be the most voracious of followers, but I understand that it’s hard to take the work of someone you know well seriously. I am currently working on a three part Yakuza assassin saga inspired purely by some less than average edamame beans. I can totally understand why people close to me don’t take me seriously. On the other hand I’m hoping people who don’t know me well will just be impressed with my awesome Japanese vengeance edamame bean concept. Time will tell. 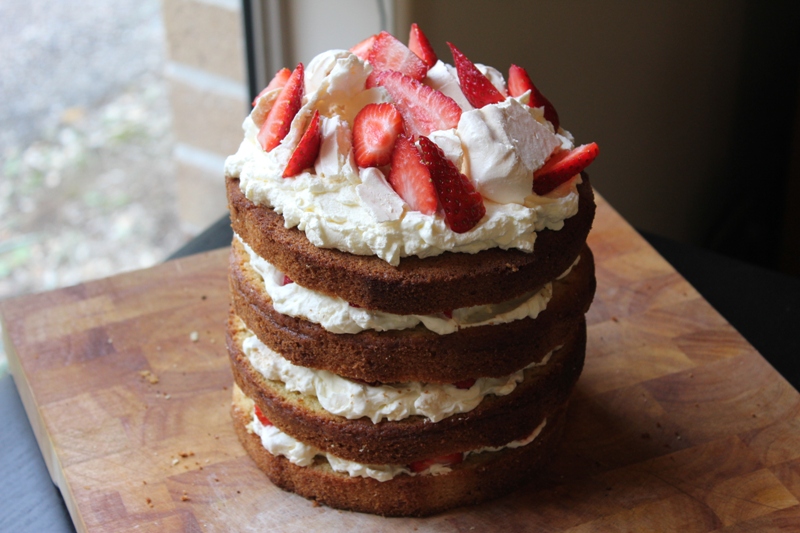 The yellow cake recipe I used is for a pretty basic victoria sponge, and any recipe you like would work well. Even a more traditional Australian style sponge would be lovely. The recipe I used is from Joanne Chang’s Flour bakery cookbook, and can be found here. This recipe is great, because it will leave you with 3 egg whites extra. For the meringue:

500ml double cream To make the meringues, whisk the egg whites to soft peaks, and then slowly shake in the sugar while continuously whisking at a medium speed. Keep whisking until the mixture is stiff and shiny, and the sugar is dissolved. Drop dollops of the meringue mix onto a tray, and slightly flatten them into nests. This mixture should make about 9. Bake in a 160C oven for an hour, then leave to cool.

Once the cakes are baked and cool, trim them so that the tops are flat, and then slice each cake into two layers, leaving you with the requisite four layers for the cake. Whip the cream to stiff peaks, and then crush in 4 of the meringues and fold through. Slice the strawberries and set aside. Now, layer the cake, beginning with a flat bottom layer, then a layer of meringue cream, then strawberries, and so on and so forth. Top the cake with the remaining cream, and a crushed up meringue nest and more strawberries. Watch them drool.