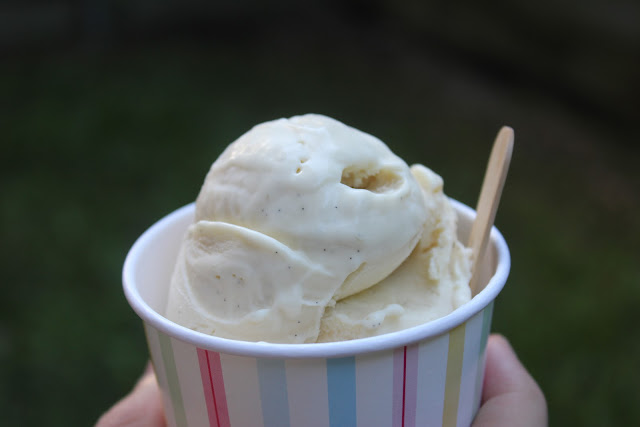 Vanilla Ice Cream is a dessert which is so easy to get wrong. One wrong step and it’s bland, boring, hum drum. It’s difficult to impress with vanilla, because everyone’s had it, and therefore everyone’s an expert (or so they think). Ice cream too, is a dessert that is often dismissed as a side dish, or a children’s dessert. Blasphemy I say. It’s time for an ice cream renaissance, and yes I am aware that summer has just ended. 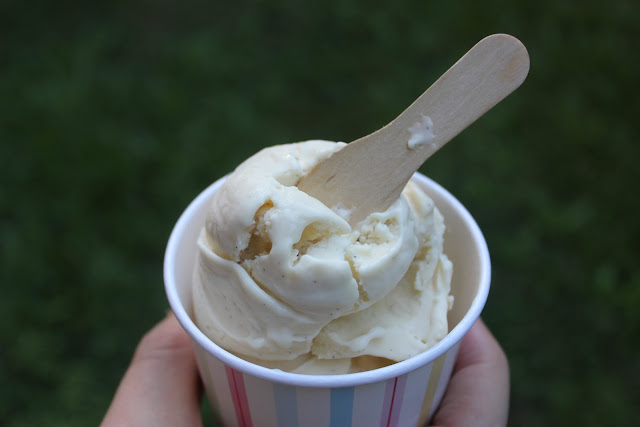 I have followed many an ice cream recipe in my time, from the tricky traditional frozen custard method to simple condensed milk and whipped cream concoctions, and I think I have finally found a winner. This ice cream is deliciously creamy, with an incredible texture. It’s thick and almost chewy, but melts to a delicious smooth cream. This recipe contains no eggs, but it’s still plenty rich, with the surprise ingredient of a small amount of cream cheese. 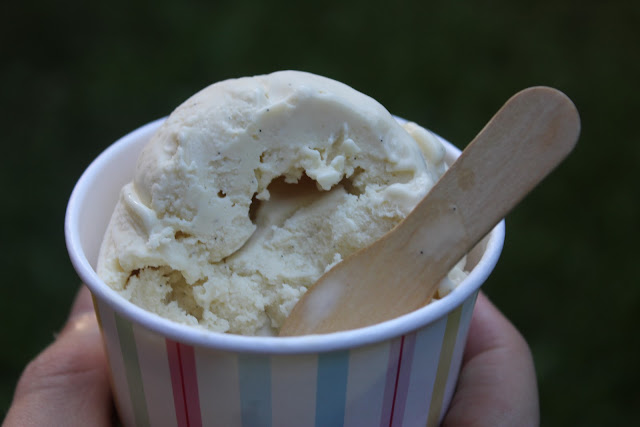 The recipe is based on a mixture of cream, milk, glucose syrup, vanilla and salt all thickened with corn flour (starch) along with a small amount of good ol’ philadelphia. What you end up with is a pure white, seed flecked vanilla pudding, which tastes uh-may-zing straight out of the pot. It’s a very low stress process, with no fear of splitting or egg curdling.  You simply heat up the cream and milk, whisking in the corn flour, and then whisking these into the softened cream cheese before chilling it down, and churning in an ice cream machine. 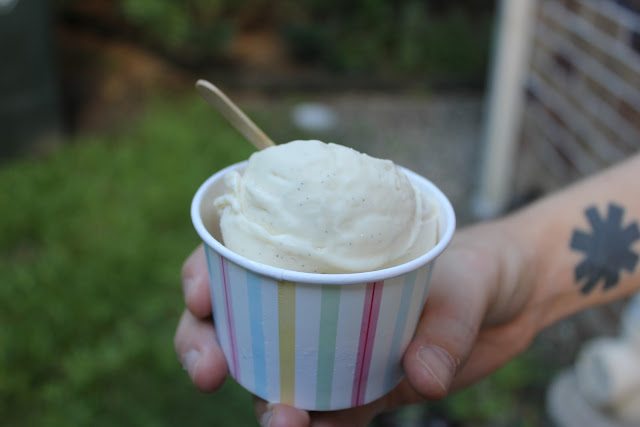 Not only do you have the added bonus of not using up a load of expensive egg yolks, you also don’t end up with a ton of egg whites leftover stashed in unmarked bags in your freezer door. You also have the joy of enjoying a sweet, creamy, strongly vanilla flavoured ice cream made from scratch. I didn’t have any glucose syrup, so I subbed in some golden syrup, and I ended up with a hint of caramel flavour in mine. It elevated this to the realm of a real luxury, perfect to eat a scoop on it’s own in quiet enjoyment. 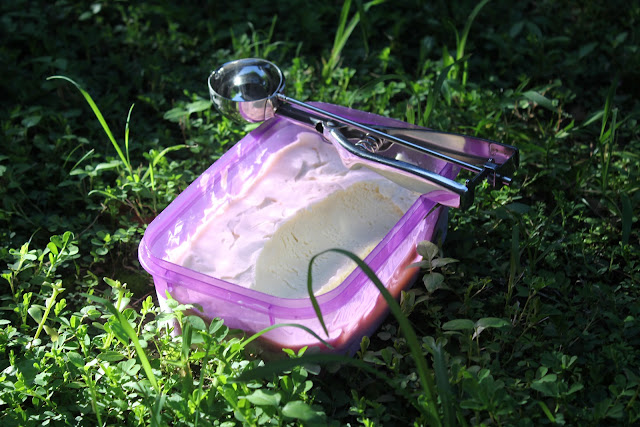