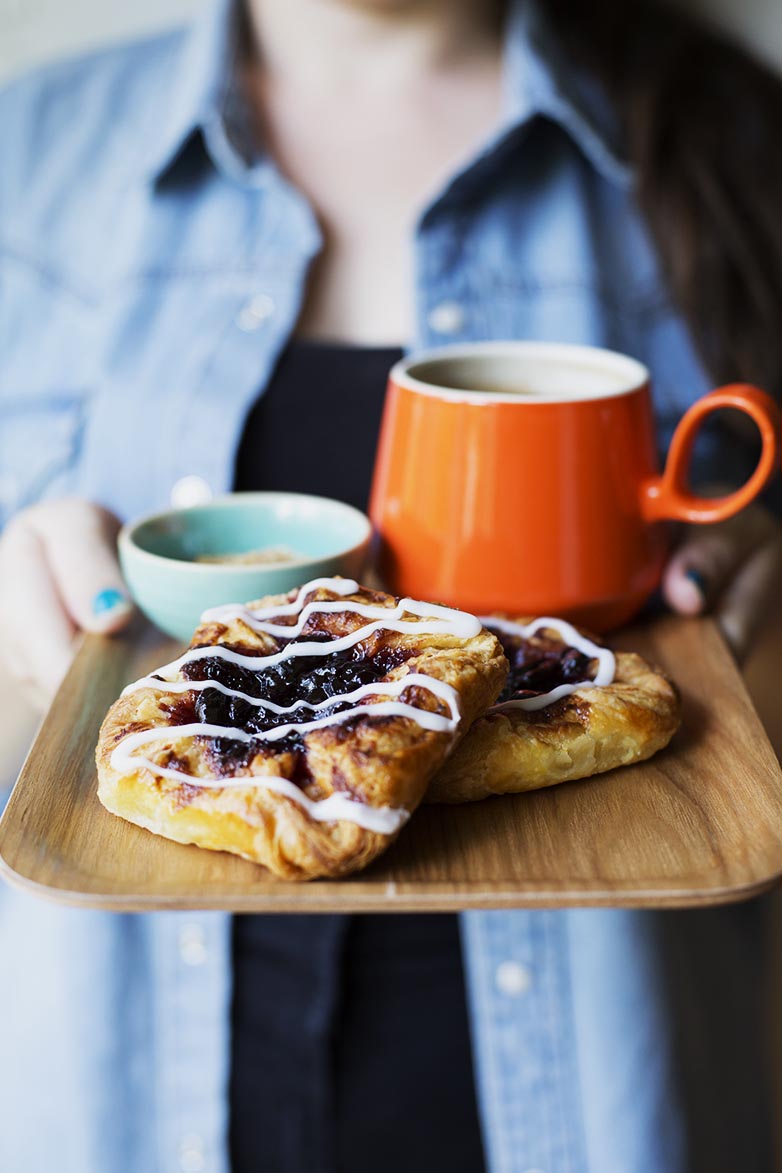 Danishes really hit me where I live. Like Andy Dwyer, butter is maybe my favourite food. So those flaky-crispy layers of buttery croissant-like dough are my kryptonite. Actually, to continue the Superman analogy, I like to think of them more like the rays of the sun – they give me strength. As much as the pastry is really and truly what I’m here for, I’d still pick a Danish over a croissant. A Danish is a basically a bonus croissant. It’s all the joy of a croissant, but the sweet topping you might like to add is pre-applied. 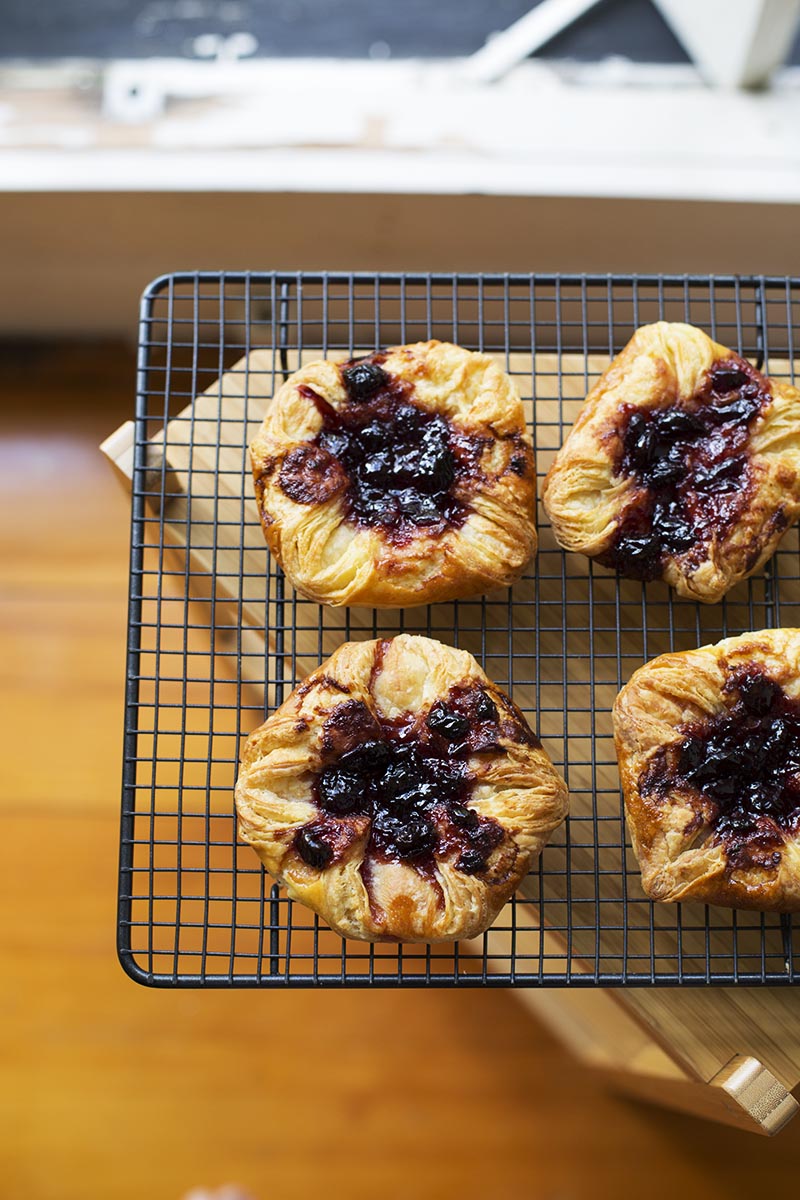 These Double Time Danishes are so good, because they (as the use of military term ‘double time’ in the title might suggest) are made very quickly. Obviously creating what is essentially a croissant dough from scratch takes ages, days if you want to do it traditionally, and then you have to shape, prove, fill, glaze, bake and decorate after that. It’s a lot. It’s basically more than I’m willing to do. Enter, shortcuts. 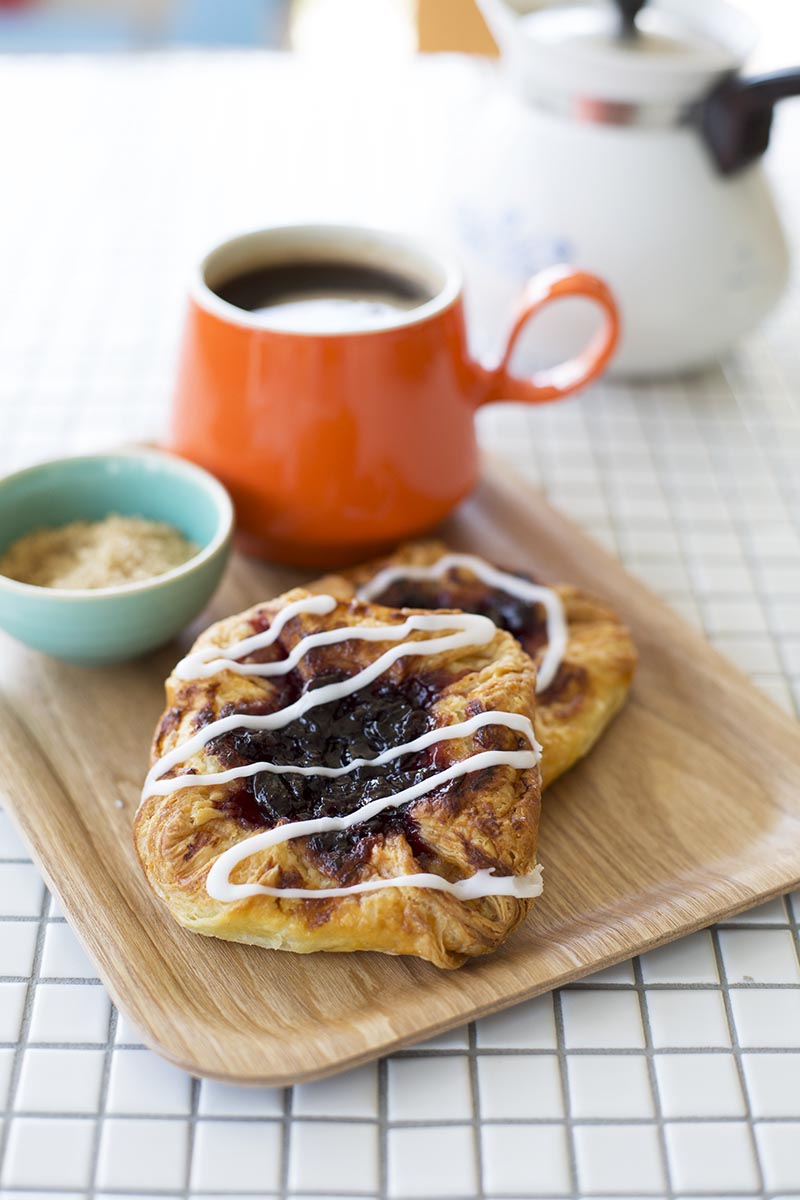 Here you have two options: the verrrrry lazy version, and the version that really isn’t lazy, unless you’re pre-prepared. I’ll elaborate. In my opinion one can make a very good fake-danish using store-bought all butter puff pastry dough. That is lazy as heck, but the results are so good that you will have an overwhelming sense of achievement, rendering past laziness utterly moot. You will feel like you worked hard and are reaping the sweet sweet rewards, even though you did basically nothing. Isn’t that what we all want?

The second option is to make the Rough Puff Pastry from this post, and use that. It actually works incredibly well, because somewhat unusually for a rough puff recipe, it contains yeast. So your Danishes come out that little bit closer to the echt item; buttery, flaky, crisp and chewy But, I won’t lie, even though it’s easier than classic Danish dough, it’s still no cake walk. You have to roll and refrigerate the dough a few times, none of which takes longer than 5 minutes, but it takes up mental space, which can be a burden. 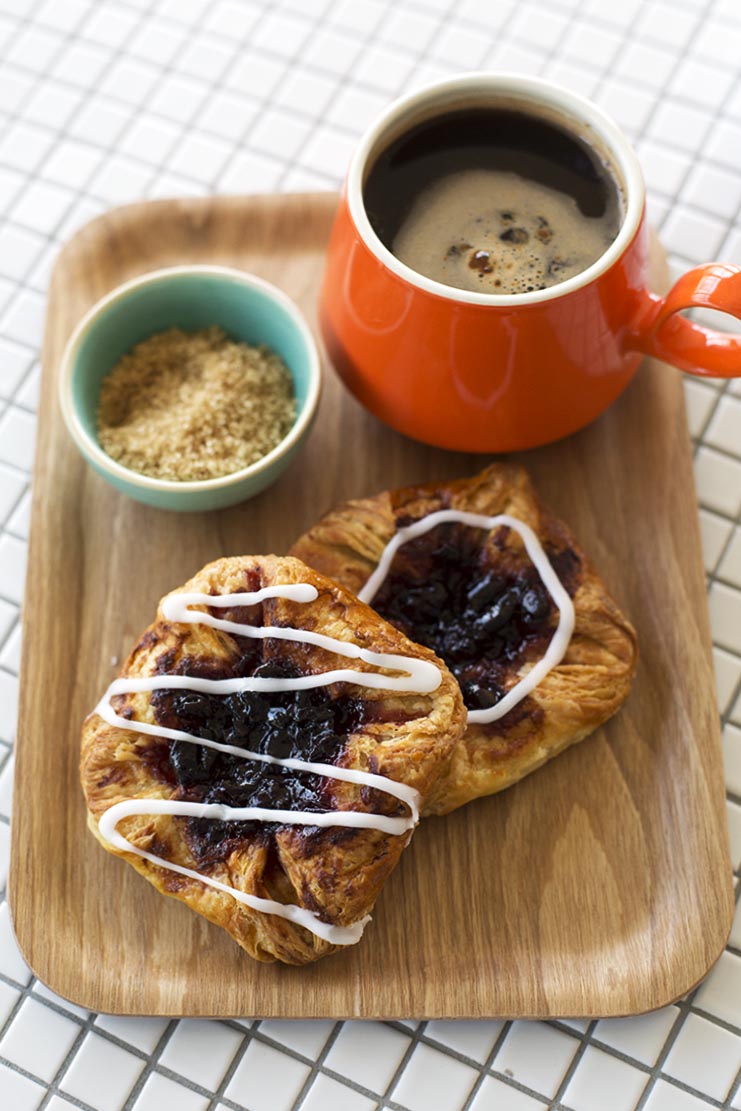 So I suggest you do what I do. Make the rough puff dough. In fact, make a double batch. And then split it into two blocks and freeze it. You could use one for a savoury tart, one for that Raspberry Apple Pie, you could make cheese twists, whatever – it’s your pastry. And then the other block, sitting, casually plastic-wrapped in your freezer is your emergency Danish stash. Next time you’ve got a mate coming over to work on your screenplay, or to discuss your respective dogs, or the dramas of owning a small business, get dat dough out.

Once the dough is defrosted, it’s just a roll, a shape (so easy – just fold the corners into the middle) and a dollop of whatever jam you have handy (the less runny it is, the better, as you can see mine was pretty damn runny). And after 2 minutes in a hot oven, you’re handing around piping hot Danish, like a less-stressed Martha Stewart. Like, Martha from when she was modelling in the sixties. THAT kind of Martha. And you have Danish! 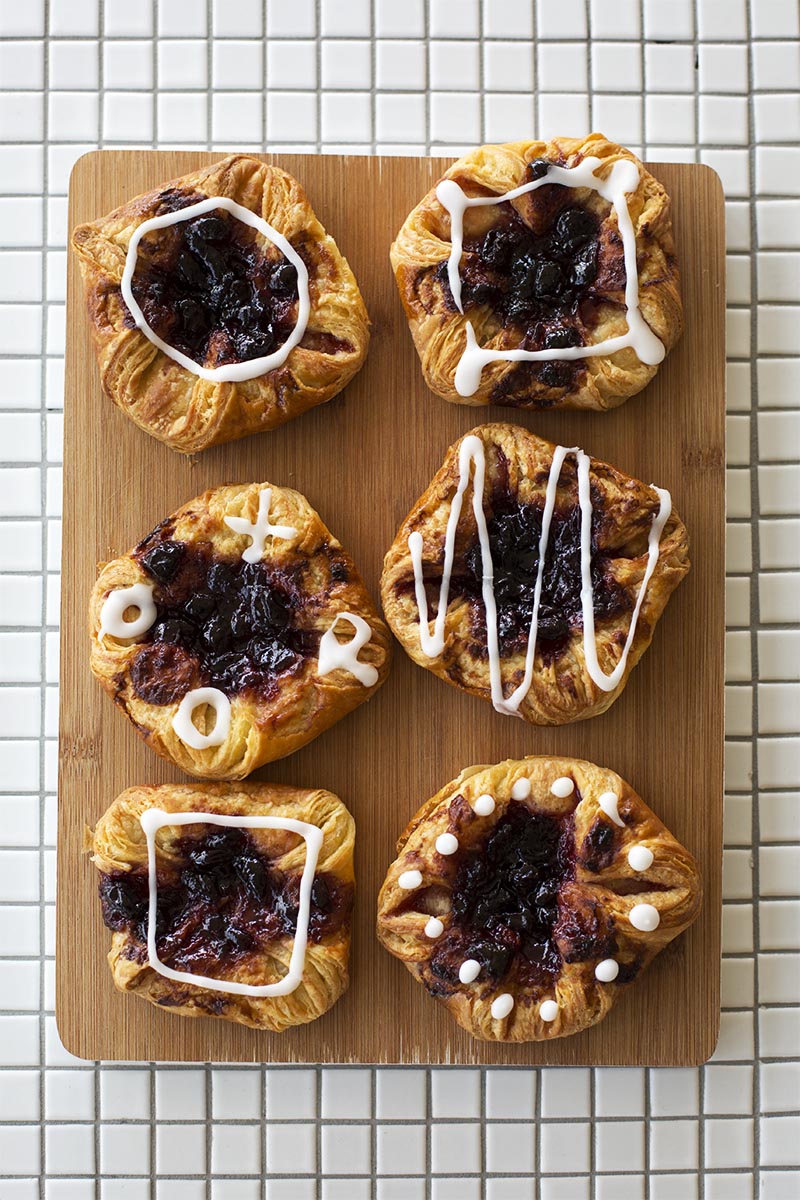