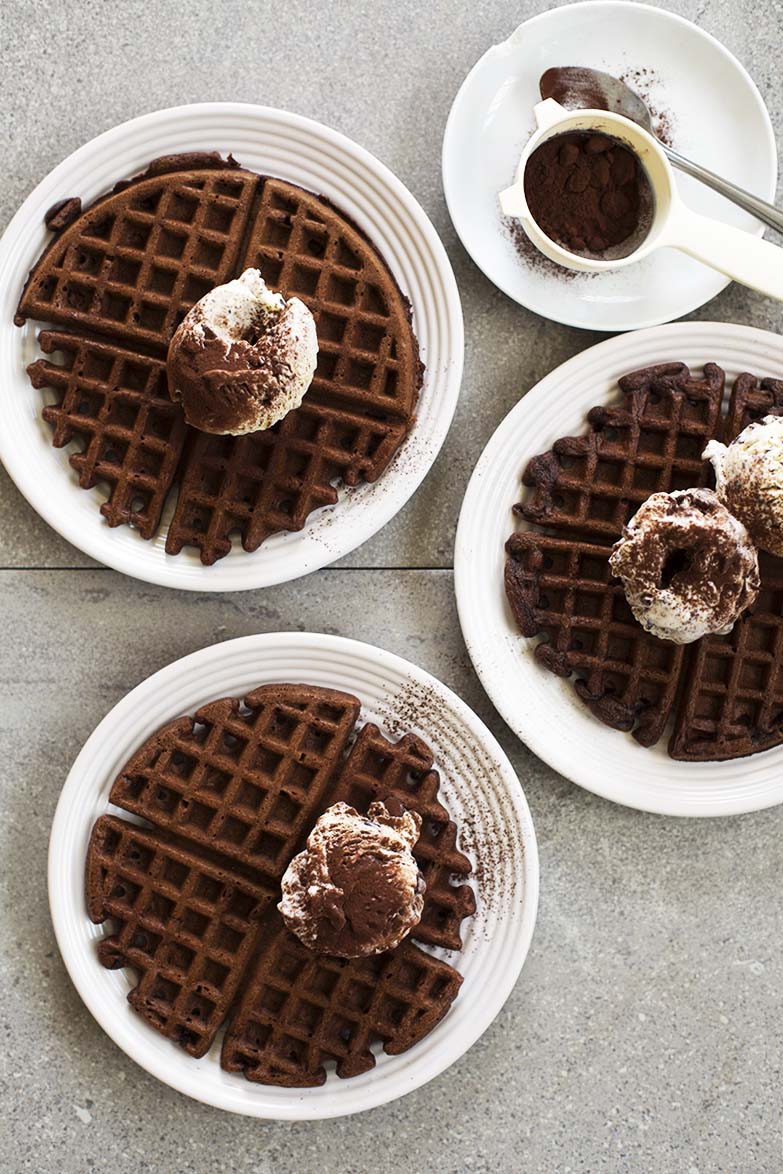 I want you to meet these two recipes – No Churn Mint Chip Ice Cream AND Chocolate Waffles. Neither of these guys take anything more than 5 minutes and one bowl to stir up, and they’re both made with pretty inexpensive, easy-to-find ingredients.

There’s a reason I’m telling you about these on a Monday morning, because they’re exactly what Monday mornings should be about: easy wins. Just easy-peasy, knock it out of the park stuff, because I believe in starting my week off on the right foot. 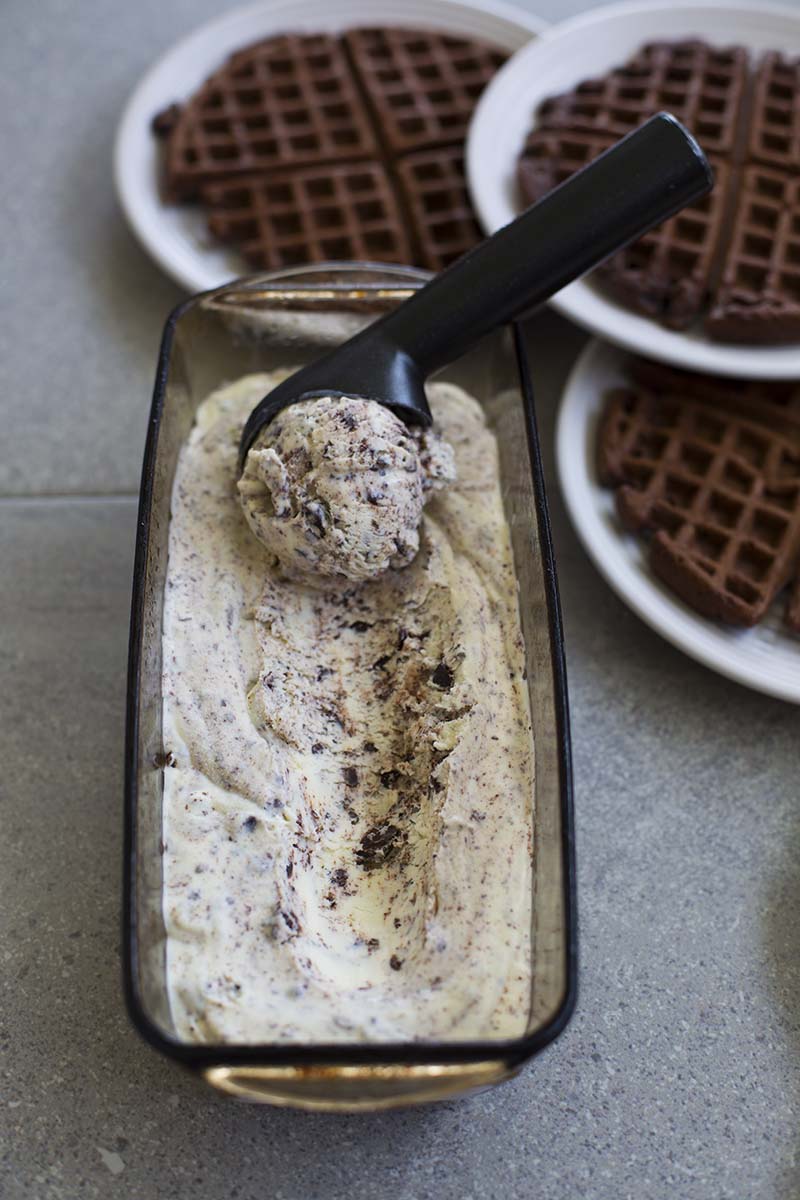 No churn ice cream – best thing in the world or what? It’s no full-on custard or Philadelphia style ice cream, for sure, but it still has great texture, great flavour, and the ridiculous ease of making it cannot be underestimated. This version is simply condensed milk, whipped cream, peppermint extract, and chopped dark chocolate. Mint choc chip ice cream always has been one of my favourite flavours, and if I wasn’t so scared that declaring a favourite would somehow limit my ability to eat other ice cream, I would just go ahead and call it The One. But I am irrationally scared. So I won’t say that, but I will say that this version of this ice cream is damned delicious. 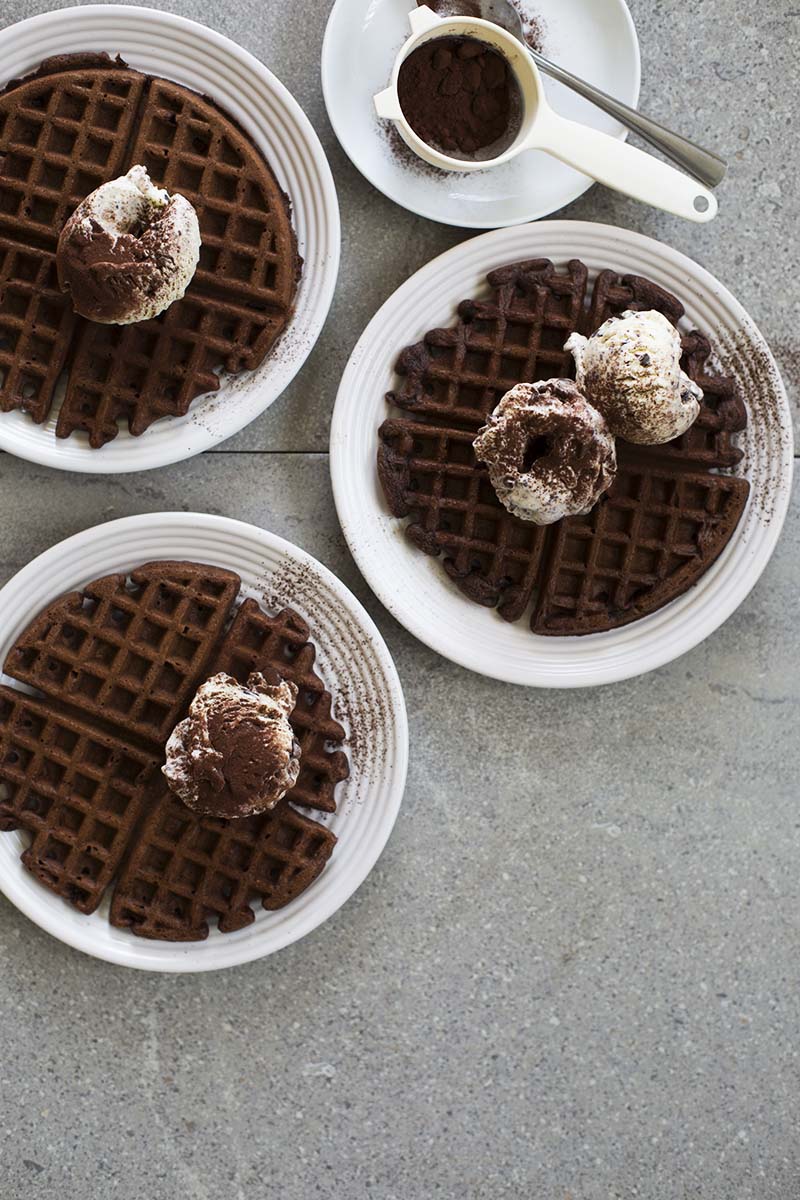 The waffles are crisp chocolate waffles. Let me repeat that CRISP chocolate waffles. I didn’t know such a thing was possibly until I tested these bad boys. They’re a kind of backwards hack from my Olive Oil Waffles, and may I just say; I love it when a plan comes together. These are richly chocolately, flecked with molten chocolate, and as Laurie Colwin would say, they fill the house with ‘the good smell of burning chocolate”. Which isn’t to say that they’re burnt, but some of the chocolate will inevitably catch on the waffle iron, and your house will take on the aroma of Willy Wonka’s joint. It is heavenly, and these would be just as good with a mound of macerated berries and whipped creme fraiche as they are with this mint chip deliciousness. Either way, I’m telling you, this is how you want to start you week.