If there’s one topic on which Leslie Knope is my guru, it’s Waffles. From what I’ve observed, she appears to like them big, fluffy, golden brown, slightly crisp and absolutely COVERED in whipped cream. More power to her. 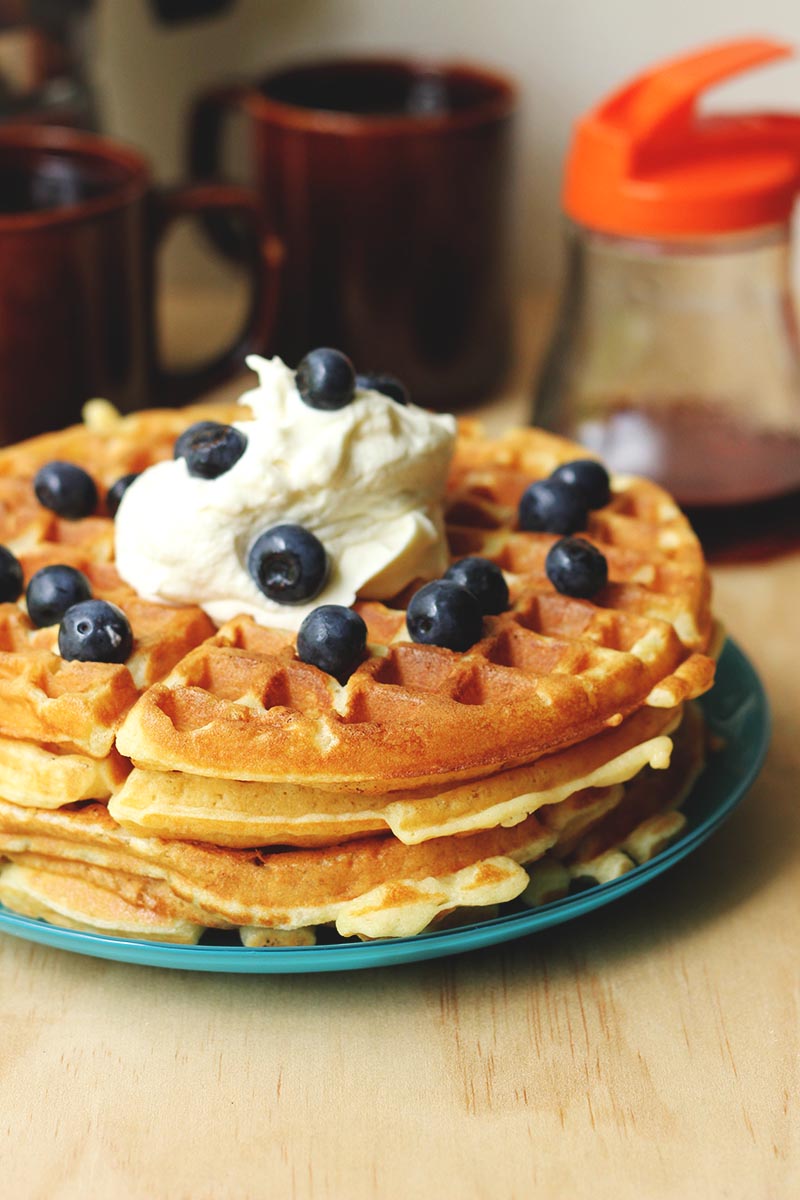 And darn it, that is a great way to eat a waffle! I am a little more flexible on my waffles, I like all kinds. Belgian, chocolate chip, fresh fruit, maple-doused, oat-based, huevos-style, made with beer or scented with vanilla.

But if I had to pick a waffle to rule them all, it would be this waffle. A good old, crispy on the outside, fluffy in the middle Buttermilk Waffle.

No whipping up egg whites, no cornstarch (a trick which I do not love), no overnight rise. Just a one-bowl, buttermilk batter, enriched with plenty of melted butter and only slightly sweetened. All the better to compliment your maple syrup. 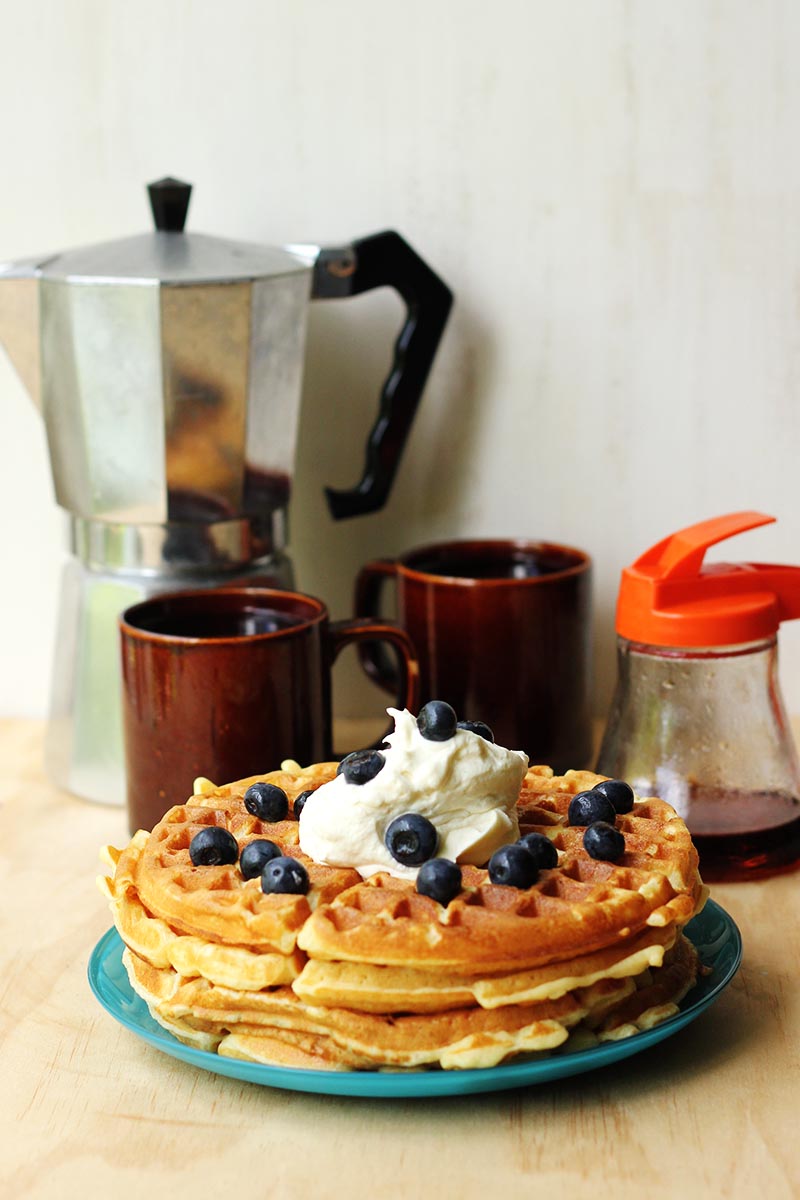 You know what’s strange? Prior to shooting this recipe, I had never had a waffle with whipped cream. I don’t know if we’re just a little more health-conscious here in Australia than in Pawnee, but it’s pretty rare that you’ll see whipped cream on the breakfast table.

I totally get it though. I mean, there aren’t a lot of things that can’t be improved with whipped cream. Waffles and whipped cream go together like peas and carrots – better even! 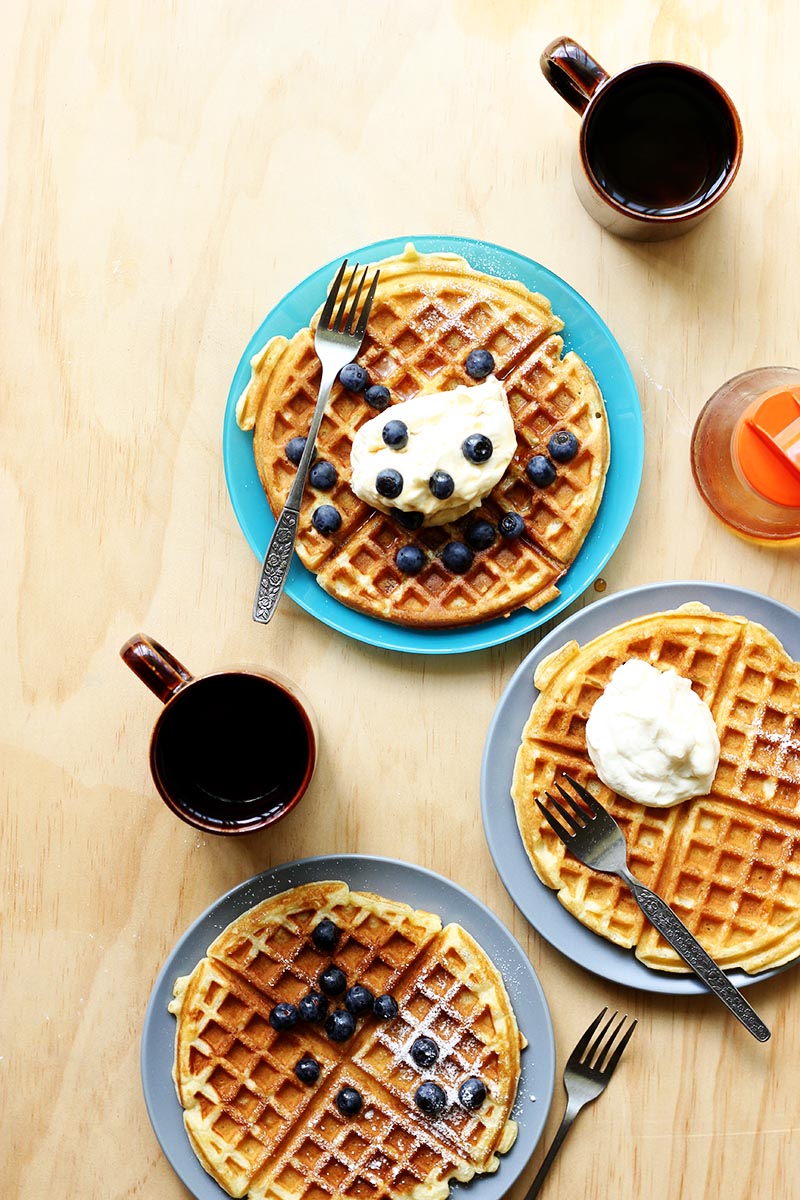 Also, can we talk about how sad we are now that Parks and Rec is finished? I haven’t seen the final episode (or even season 6) yet, so no spoilers! But just to know that it’s over and we won’t get any more is such a bummer.

It was such a pleasure to watch a show that was gut-bustingly funny, but also full of kick-ass ladies, hilarious non-asshole dudes, and so many cool, positive relationships. 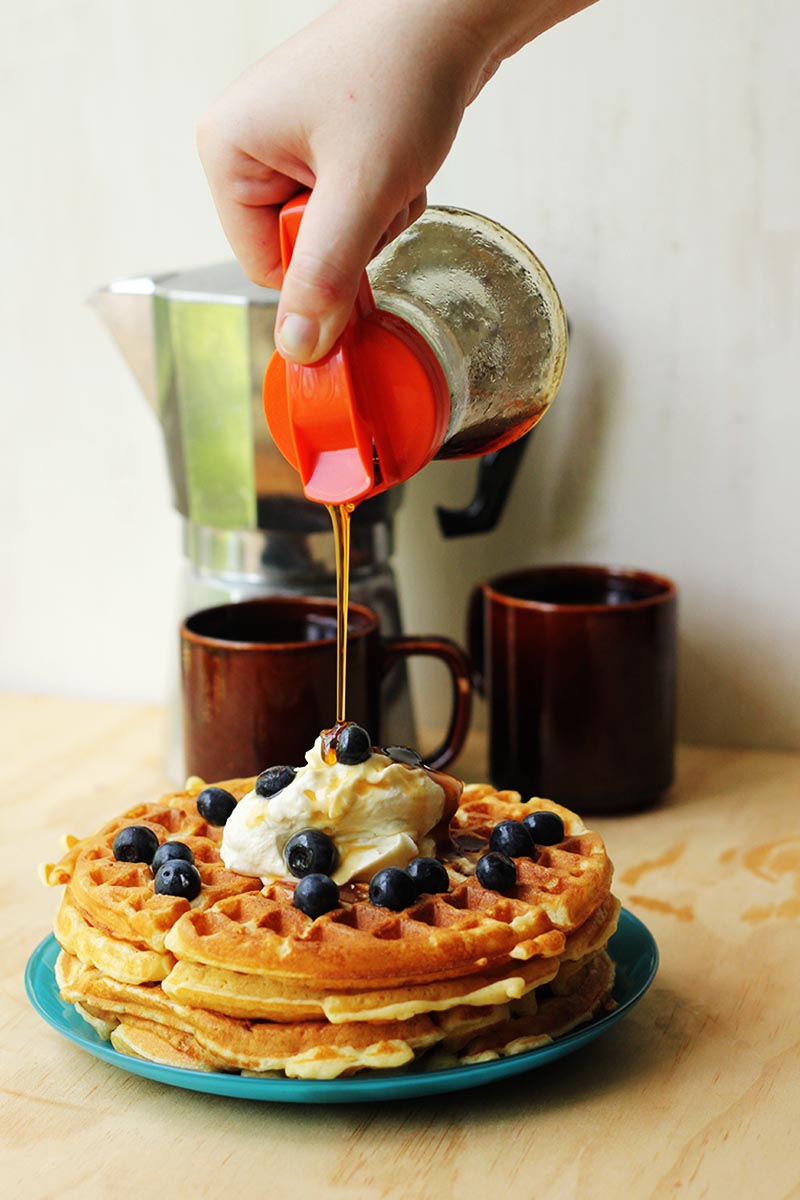 If we didn’t all live on crazy, opposite sides of the world from each other (seriously, we got folks in the USA, the UK, Canada, Australia, Germany, France, the Netherlands…) then I would suggest we all get together for a big Parks and Rec reminiscing session.

I, of course, will bring the waffles.

P.S. I hope you had a quality weekend! And are you a Parks and Rec fan, like myself? 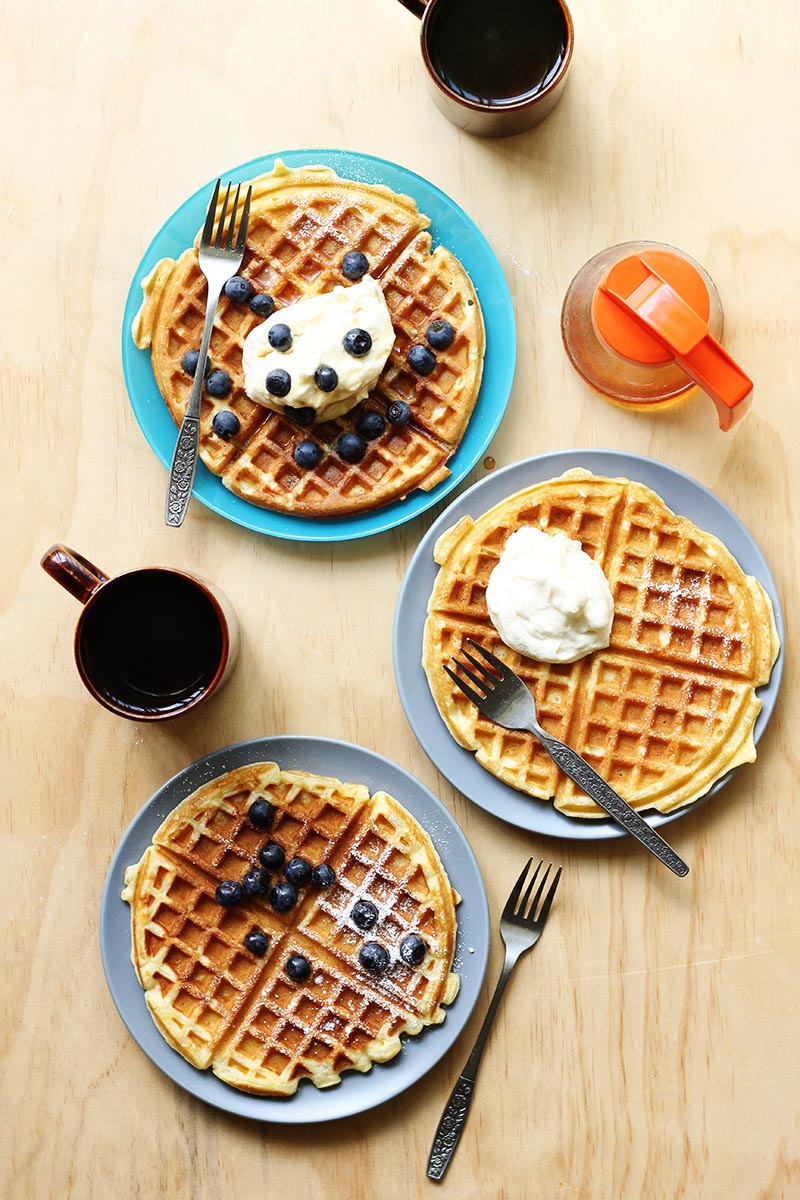 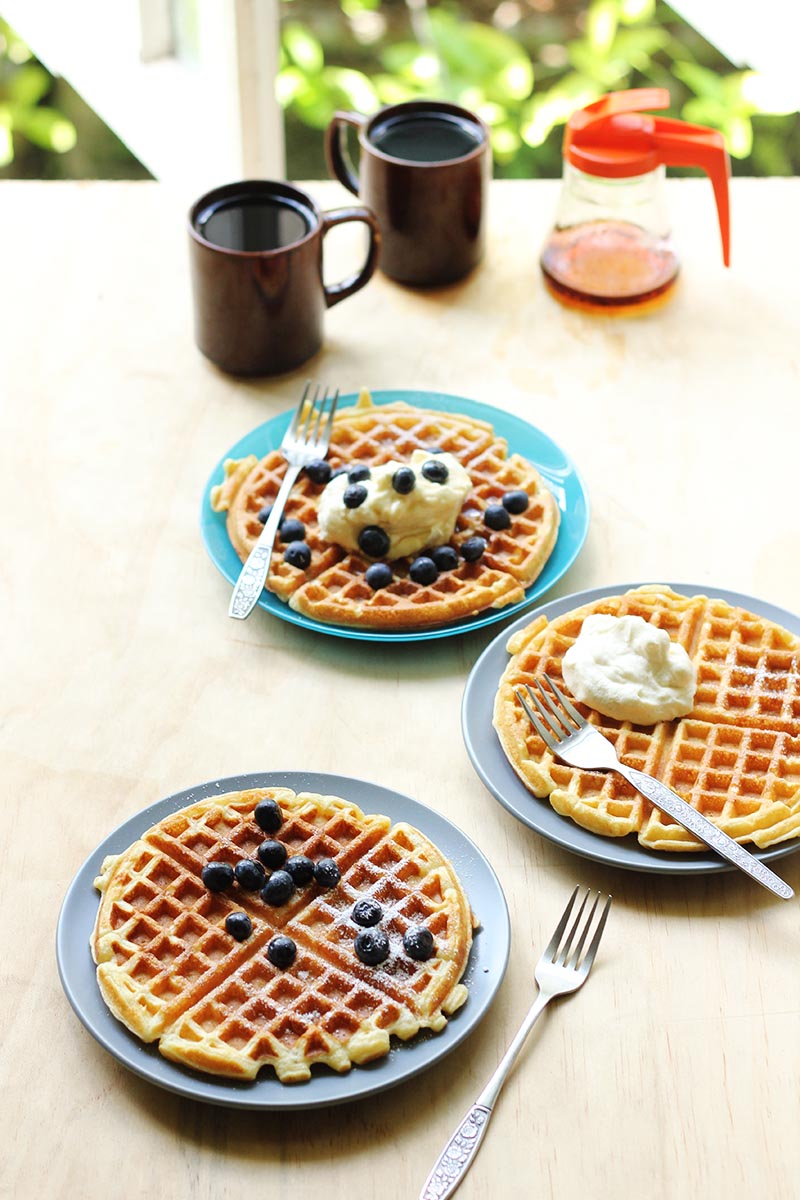