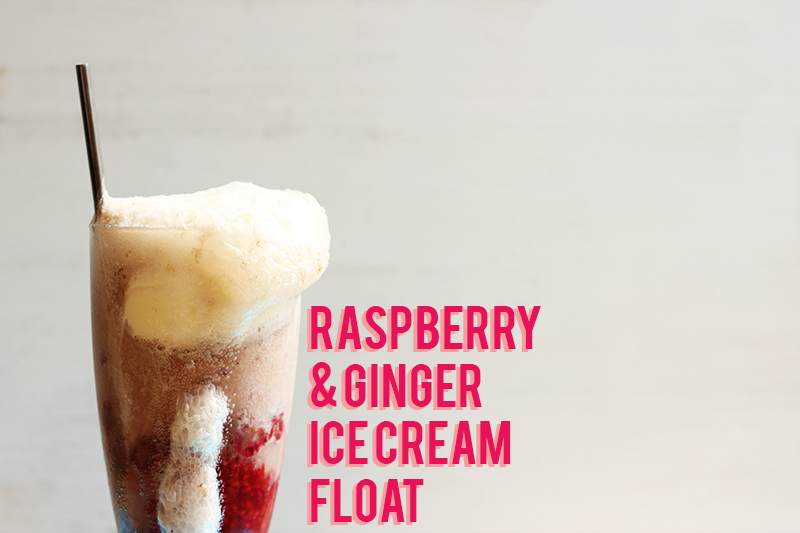 I’m gonna need you to pick up the phone, and then hold it.

Because this float makes me want to say HOLD THE PHONE!

You would never believe the luxe taste of this thing. I mean, it is luxe. The luxiest! (I may have a thing for the word luxe) 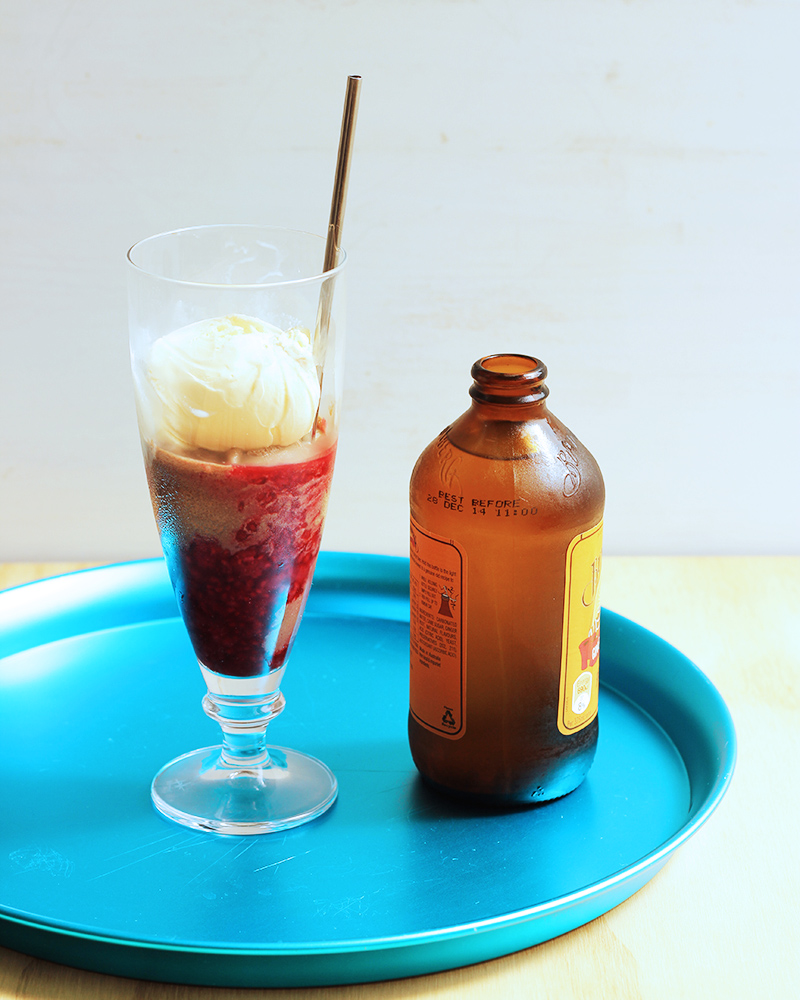 For a recipe that has so few ingredients (only 6) you would never believe how good the end result tastes. It’s hard to describe just how pleasing this combination of different flavours can be.

The raspberry and ginger play off each other to create a floral, spicy, tangy fizz. The vanilla ice cream mingles with the vanilla in the berries and permeates everything. The chocolate is the dark rich component, anchoring the whole spicy tangy thing to the ground with earthy, smoky tones. It’s…it’s a thing of great beauty. 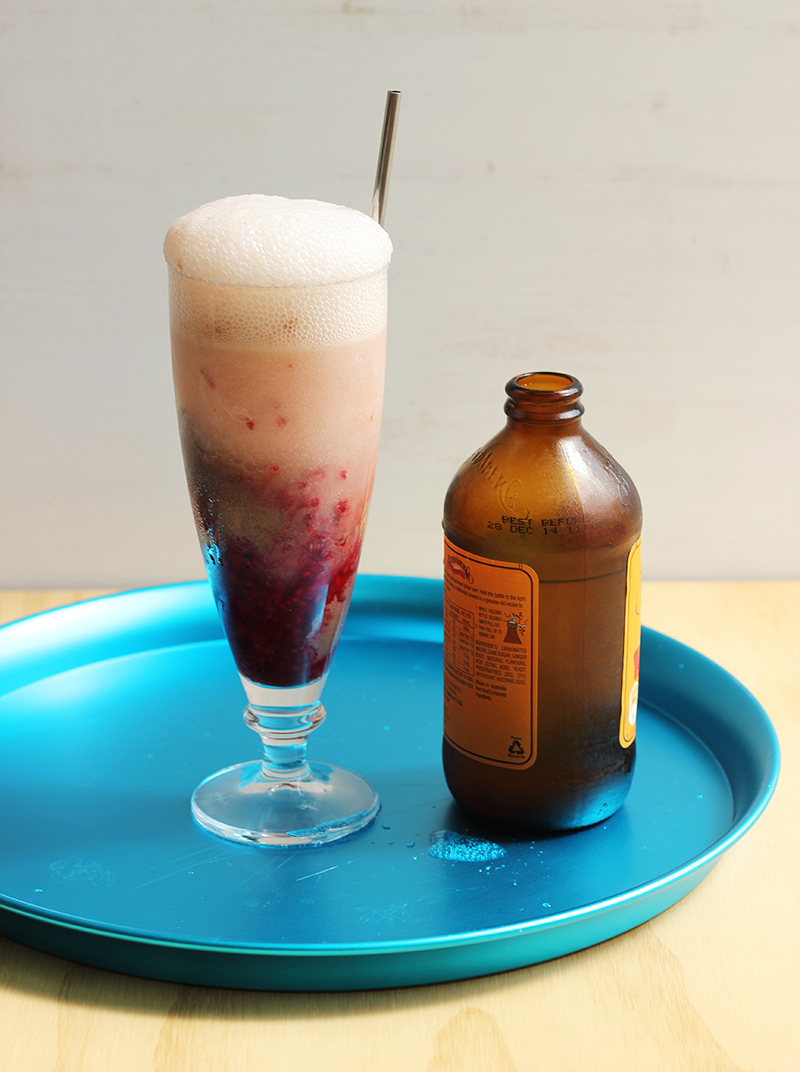 I say, it’s time for a float renaissance. Floats are getting nowhere near enough love! I have a memory, which is incredibly close to my heart, of sitting on the back steps of my Granddad’s house, with all of my cousins, each of us nursing an ice cream float made with love by the man himself. This was a big deal, because it is the only food I can ever remember seeing him prepare, except for sausages and steaks on the barbecue.

He made his floats using lime cordial, vanilla ice cream, and soda water, and they were the most anticipated part of any family get together. The fight was always on for who would get to drink theirs out of the ‘Disney cup’, which was this awesome giant plastic beer mug he had, with a bunch of Disney characters on it.  Those were the days. And this is my slightly fancier rendition. 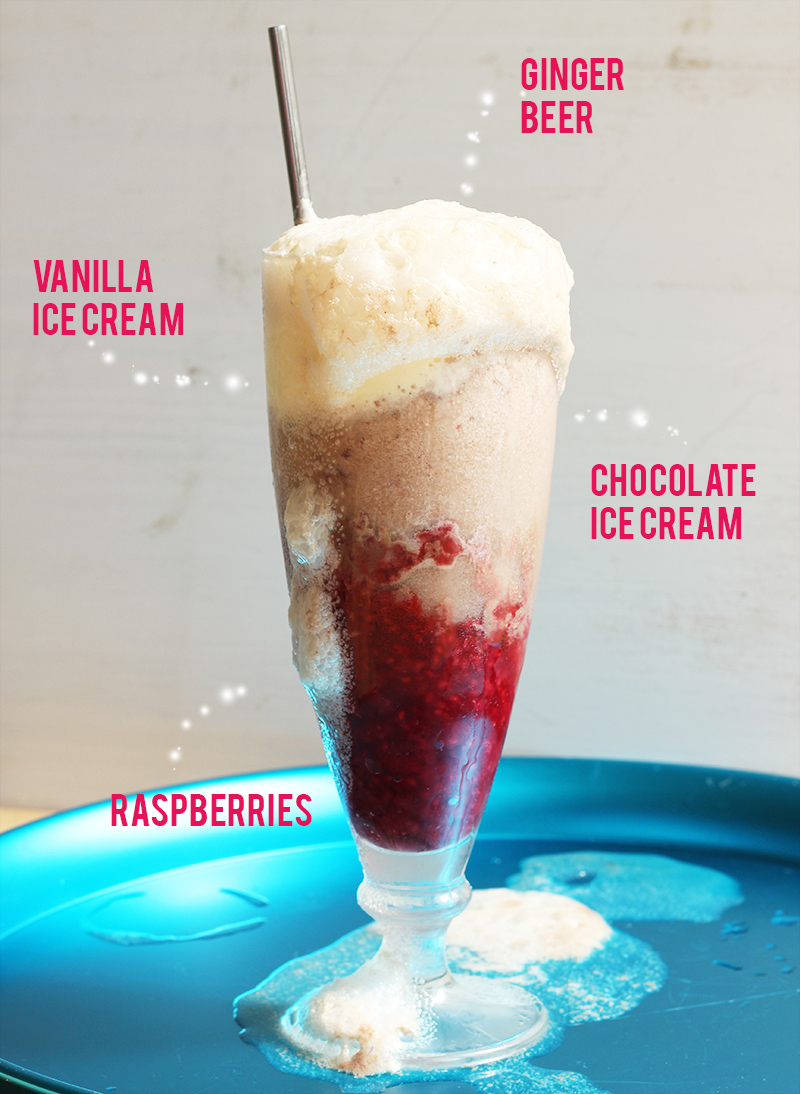 If I were going to booze this float up, I would say that a relatively flavourless spirit would be the best choice, like a white rum, or vodka. If you wanted to get a little crazy then some coconut rum might even be good (my underage drink of choice!). But you will want for nothing if you just keep it simple. These flavours are complex enough to keep even the most jaded adult palate interested, and the drink is definitely fun and sparkly enough to keep the young ones happy.

Floats, you guys. They’re back. 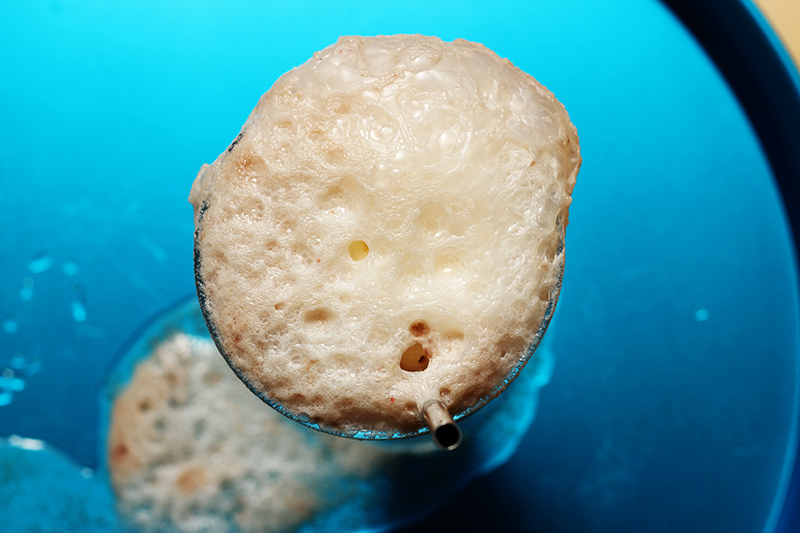 First, make the raspberry sauce. Place the raspberries, sugar and vanilla in a small saucepan, and bring to the boil. As soon as the pan boils, turn off the heat and set aside to cool. This mix can be made ahead of time and kept in the fridge for up to 3 days. It also freezes perfectly.

To assemble the floats, divide the raspberry sauce between four tall glasses. Place a scoop each of vanilla and chocolate ice cream into every glass, and then bring them to the table, and get everyone ready to dive in. Top up each glass with half a bottle of ginger beer, watch the glasses fizz over and dig in!