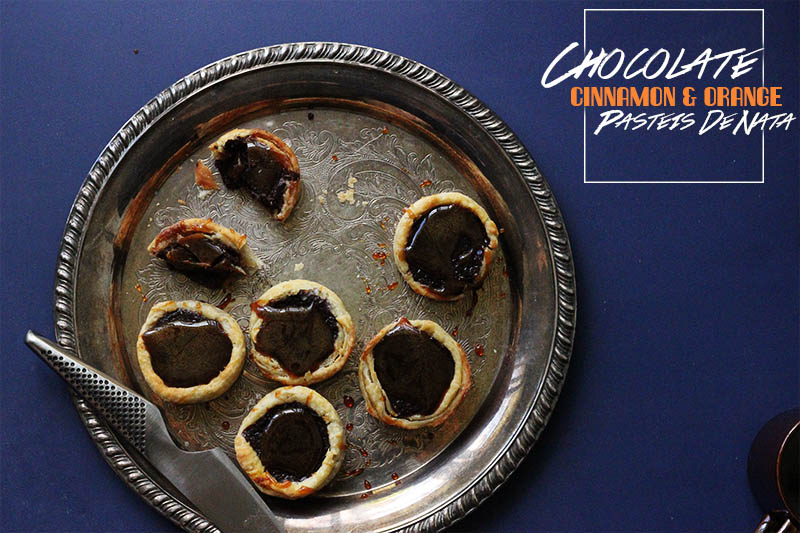 Disclaimer alert! These aren’t ~real~ pasteis de nata. Those heavenly little Portuguese custard tarts, with their blistered tops that you dust with cinnamon and sugar. I’m pretty sure those require a special tin, and a very complicated pastry technique, and the magic of the air in Portugal.

But these have their own special magic, too. 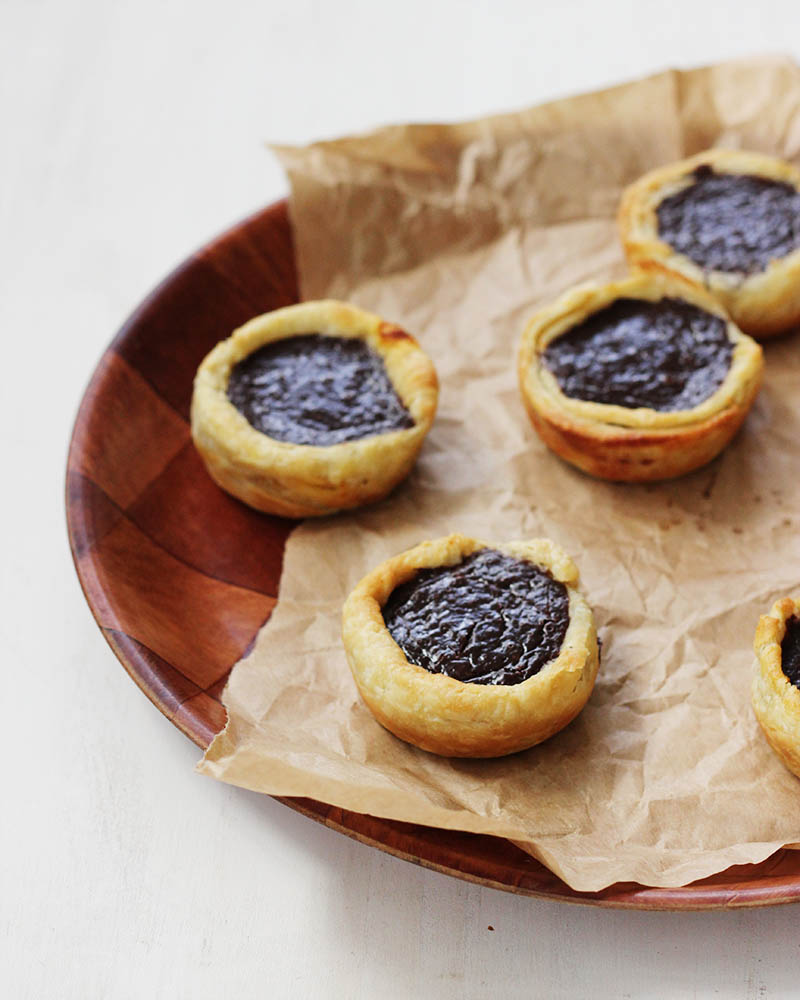 Maybe my favourite thing about these tarts is the pastry. It’s made from store bought, all butter puff, but the method is crazy cool. You roll the dough out, then sprinkle it with demerara sugar, cinnamon and orange zest, before rolling it up into a log.

You cut the log into six pieces, and then flatten and press each piece out to make a tart shell. The result is a textural, flaky, chewy, buttery and flavoursome dream. I love a good pastry hack. 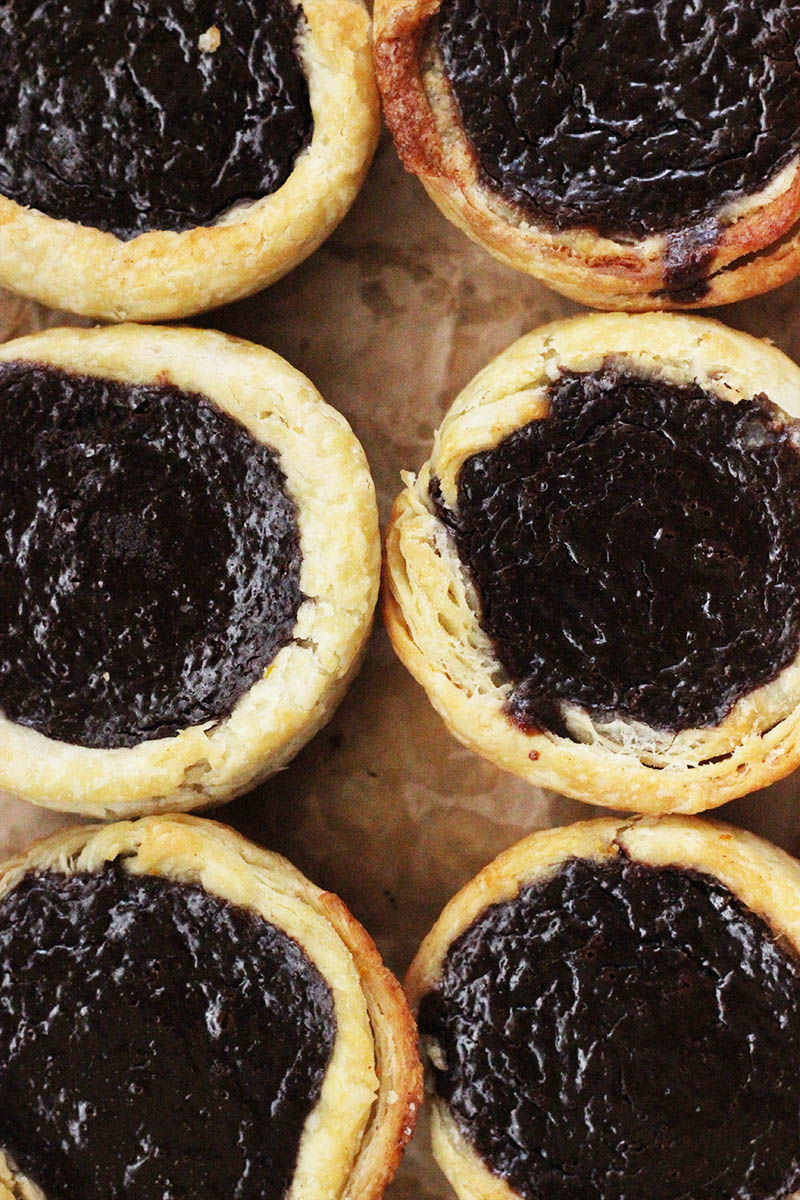 The filling is even simpler than the pastry. Its a case of melting some chocolate and cream together, and then stirring in yet more cinnamon, orange zest, a little sugar and an egg.

Once the pastry and the filling have come together in a glorious, crispy, yet jiggly union, the tarts are topped with an orange caramel, giving them a creme brûlée style shatter of toffee as you take a bite. 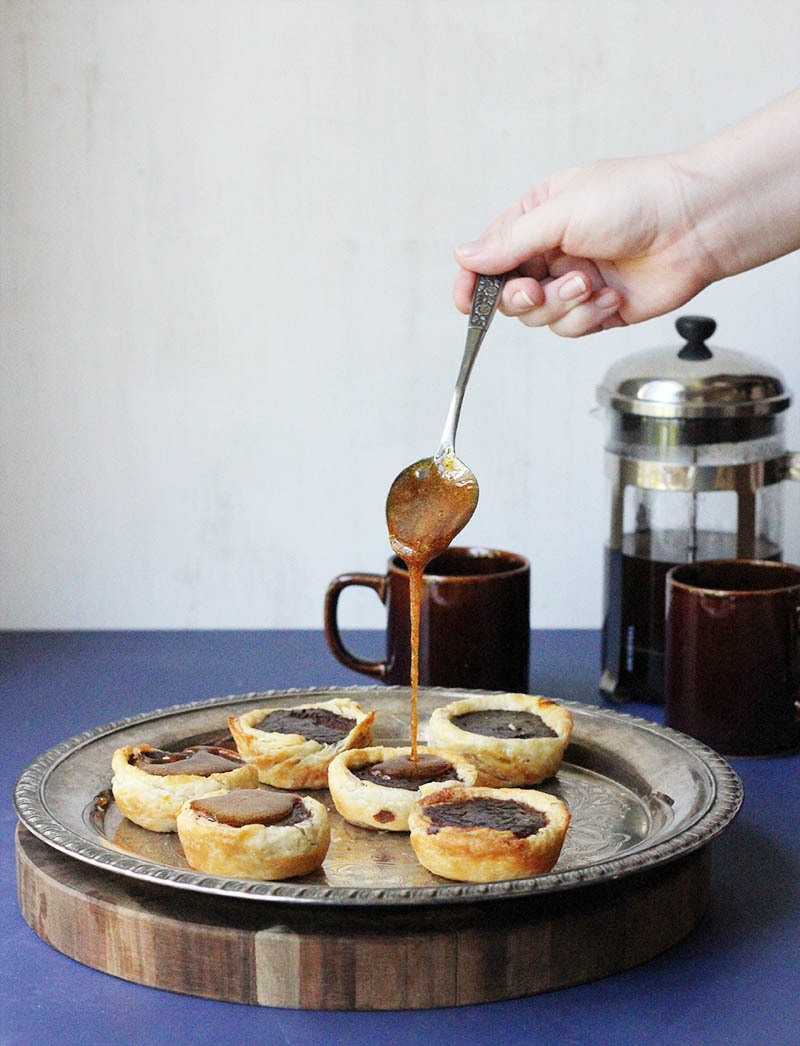 I also love the way they look. I think they have a smouldering, erratic elegance, which I really dig. These are certainly no perfect pâtisserie window specimens. They look different and I guess that’s what I like about them. 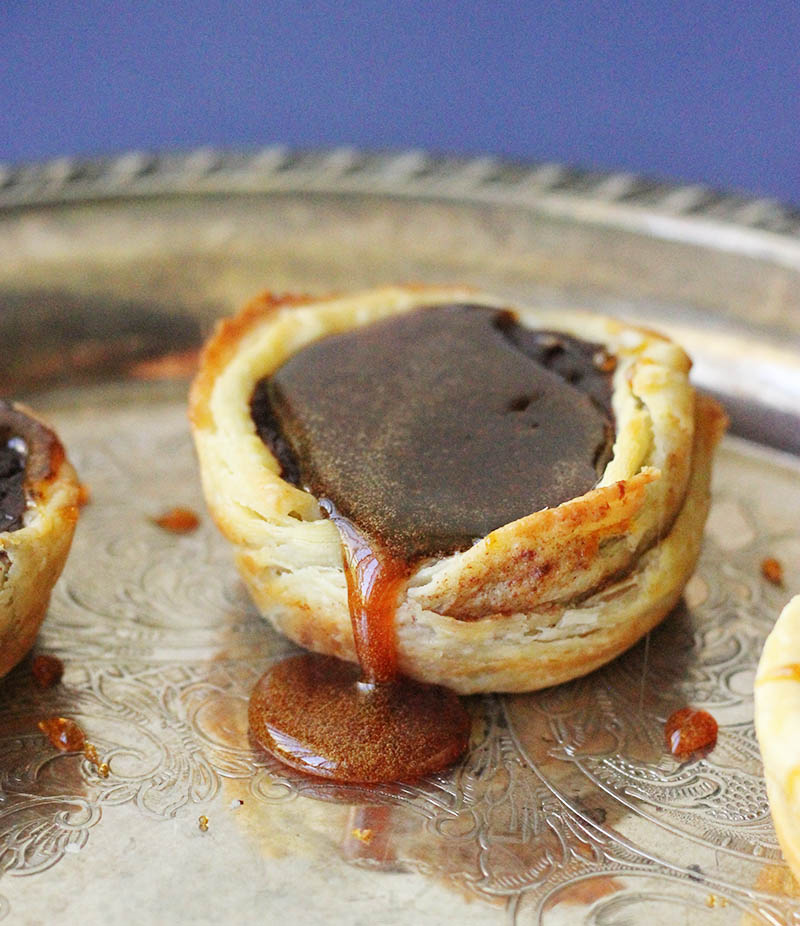 Portugal is calling my name lately. I can definitely see myself indulging in a little paper box full of these, as I’m perched on a crumbling wall in Lisbon, staring out at the see and drinking a dark black coffee. 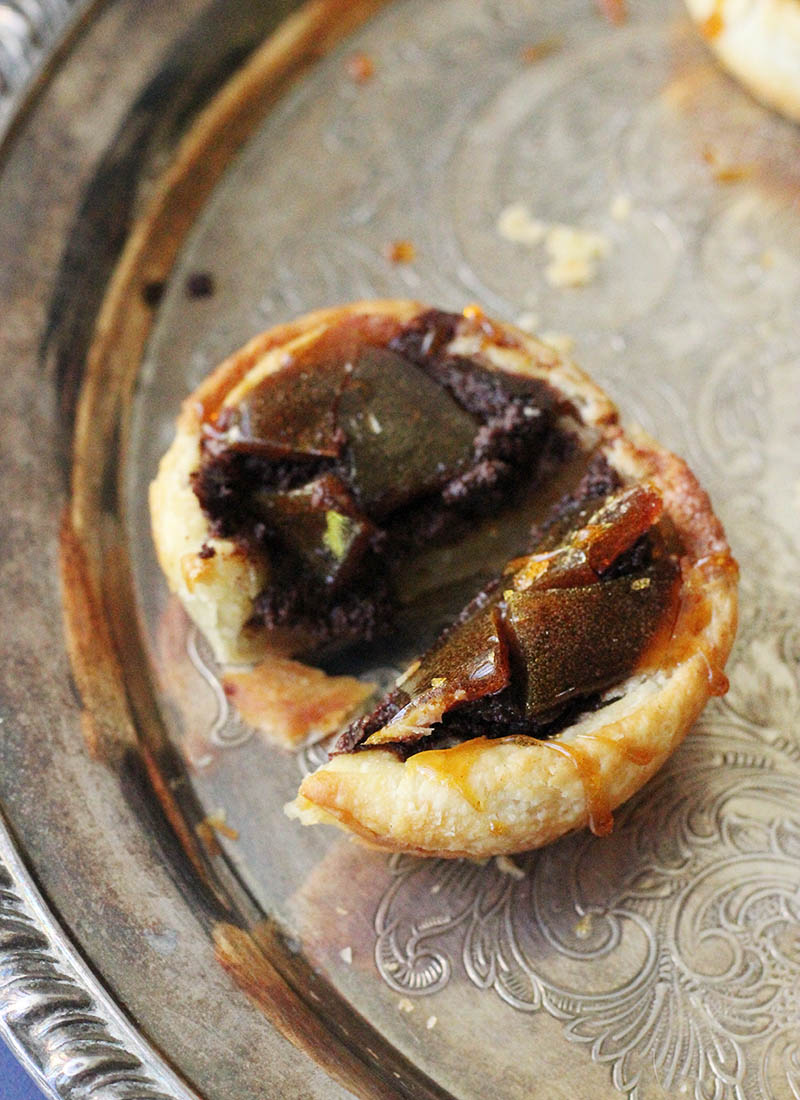 Tell me something, what’s your dream destination at the moment? I can go through about three in one day, but is there any that have REALLY been calling your name? And is there a particular food, or experience that you can’t wait to experience? 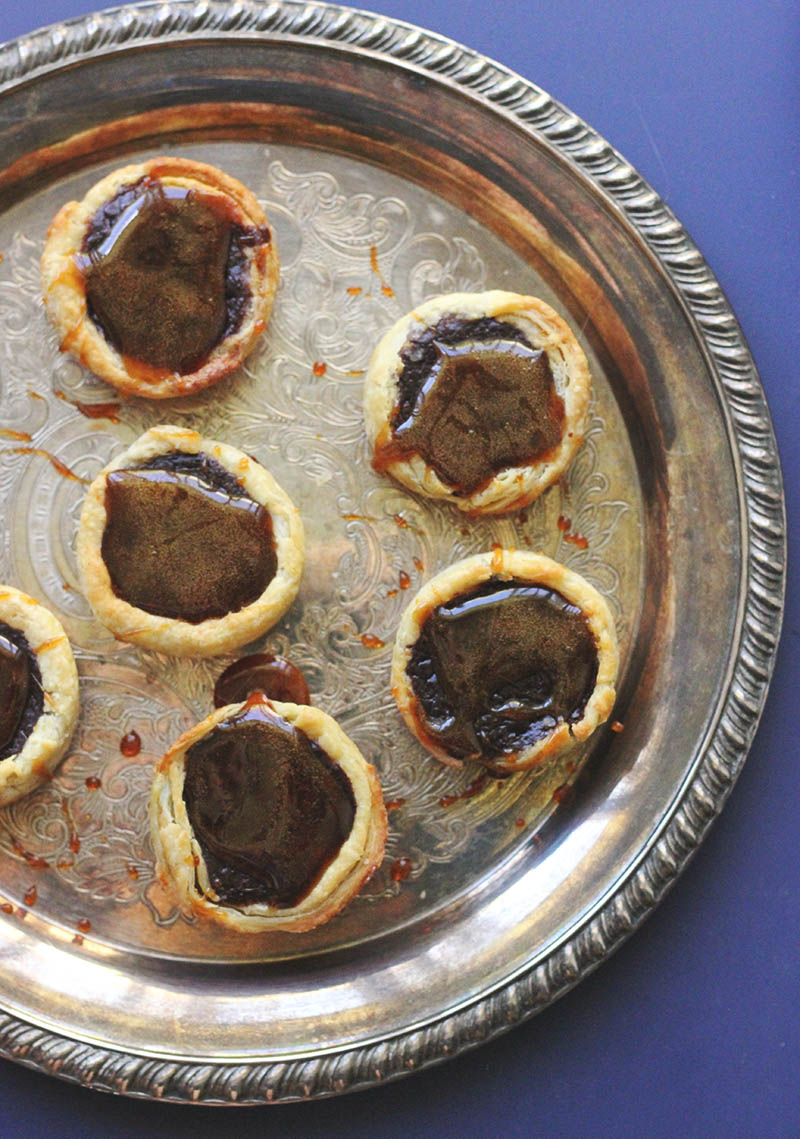 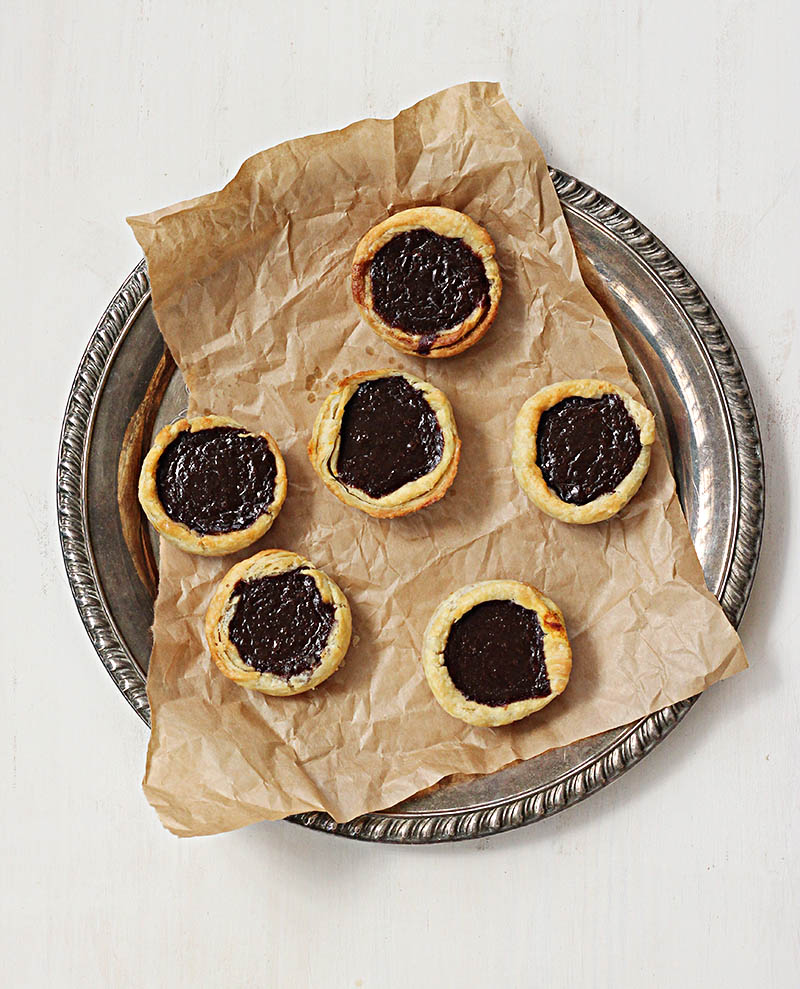