Buttery, caramel coated popcorn, pretzels and pecans and a heavy hand with the sea salt make for the best damn cracker jack you ever had. It’s super crunchy, and the pecans and caramel lend an almost-pecan-pie flavour to the situation. The pretzels just make everything better. Hipster Homemade Cracker Jack! 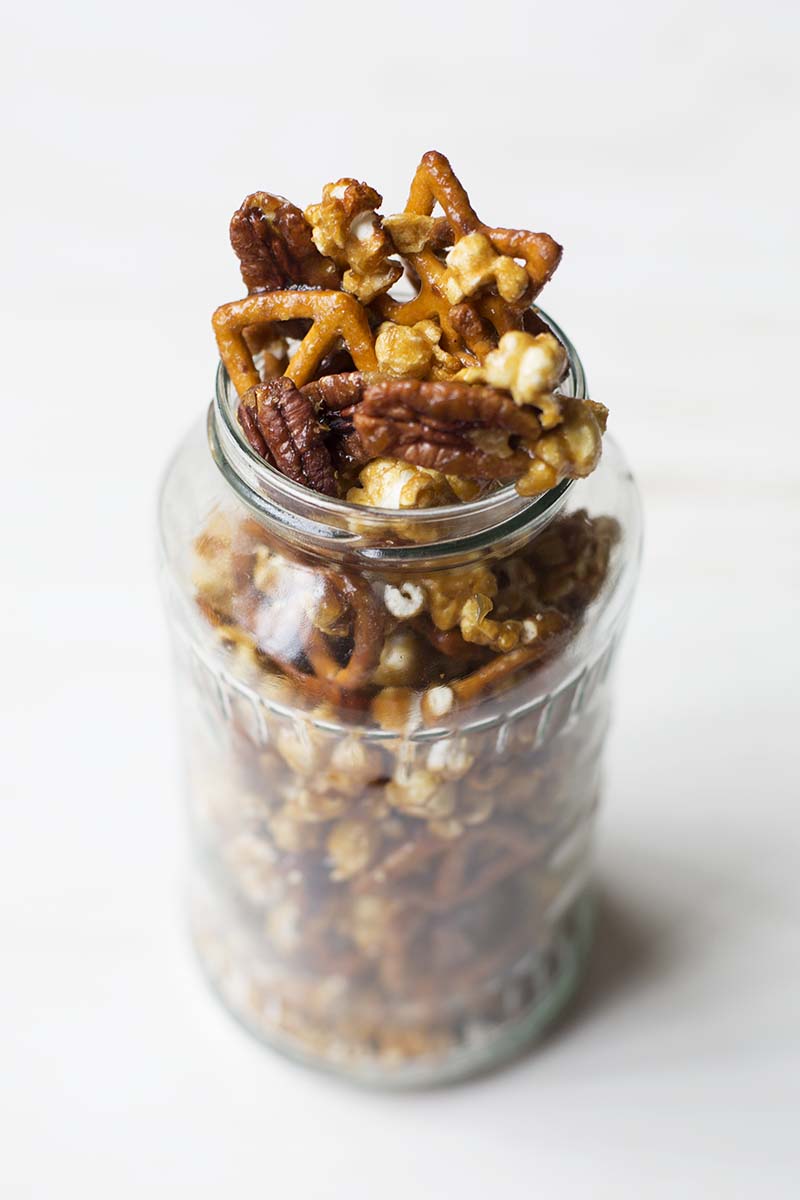 Cracker Jack is not something that exists in Australia outside of novelty USA Foods stores (and frankly, I’ve never really seen it there either), but we all know it from that super annoying song about baseball. Or I should say, from that one line from that song, because I don’t know any other lines. Also, maybe other people don’t know that song. I’ve gotten off track. The point is, cracker jack; we don’t got it.

So if the cracker jack reference doesn’t do it for you, consider this a pimped out popcorn. Even a pimped out pecan pie popcorn, if you love alliteration as much as I do. This is the most perfectly munchable, absolutely nutritionally void snack that long rainy afternoons and movie marathons call for. It’s also great for picnics, long walks, anytime when you feel that circumstance or effort allows for a crunchy, munchable stash of goodness hidden on your person.

Can I just say, my office is a mess at the moment. When I say office, I mean, the room with my desk in it. This room is also home to all my props, and laziness has led to prop-creep on my desktop. You know, prop-creep? When you do all the dishes after a day of recipe testing or shooting, and then you’re too lazy to put everything back where it belongs? Yeah, you get it. Prop-creep. Anyway, as usual I find myself in need of a sudden burst of cleaning energy.

That’s my cycle. I slob out for weeks on end, then I go on a major cleaning run, and get everything looking even better than it did at the start. I throw things out, I sort and organise, I give away to charity. And then for a week and a half, things look great! And then…prop-creep. Or clothing-creep onto the chair next to my chest of drawers. Or ingredient-creep out of the cupboard and onto the bench. I have a problem. And now I have a solution. A handy jar of high-energy Homemade Hipster cracker jack!

What do you mean that’s not a solution? *throws handful of cracker jack at you* This is the system that I have and it works for me! I’ve even dragged my once-neat boyfriend down to my level. This is all odd because I’m a virgo, and therefore am supposed to be incredibly anal-retentive. But I definitely am not! If anyone knows star signs, my birthday is 18th Sept, 1990, and I’d love to get the low down on that shizz.

Anyway, enjoy your cracker jack, hipster homies! And let me know if you’re as terrible a person as I am, re: cleaning! 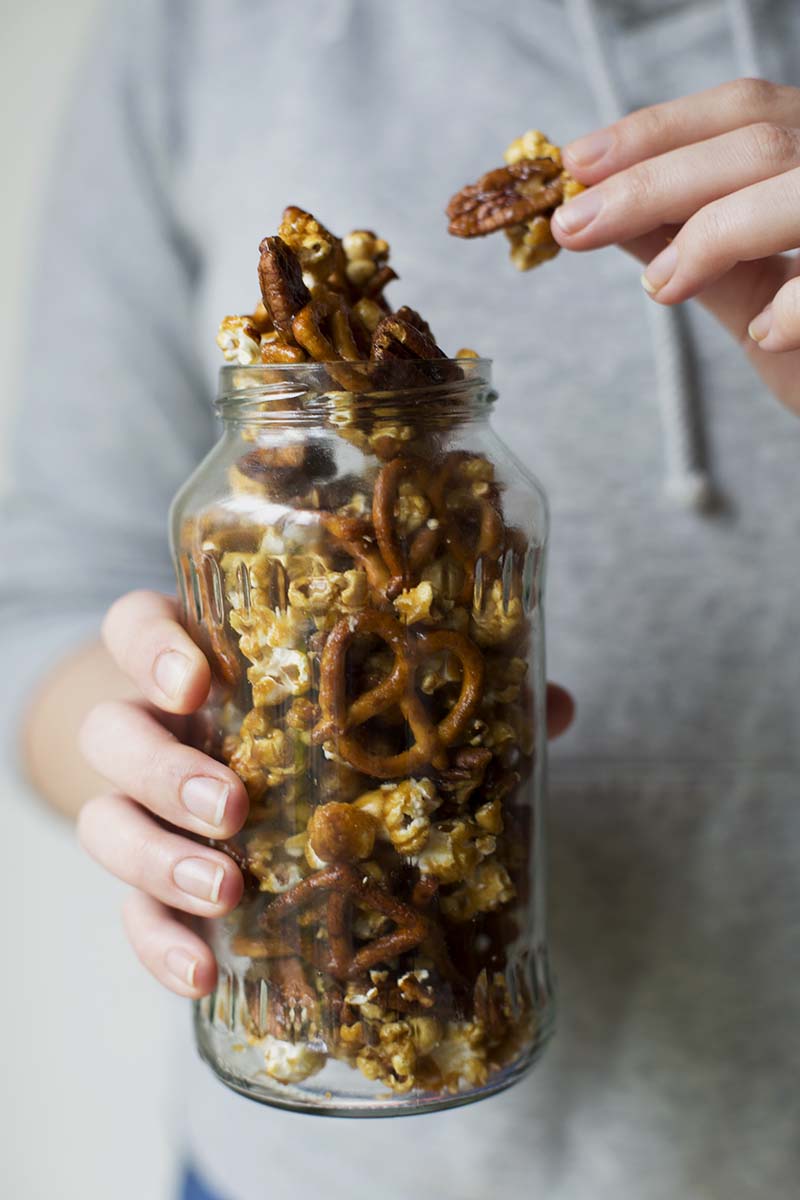 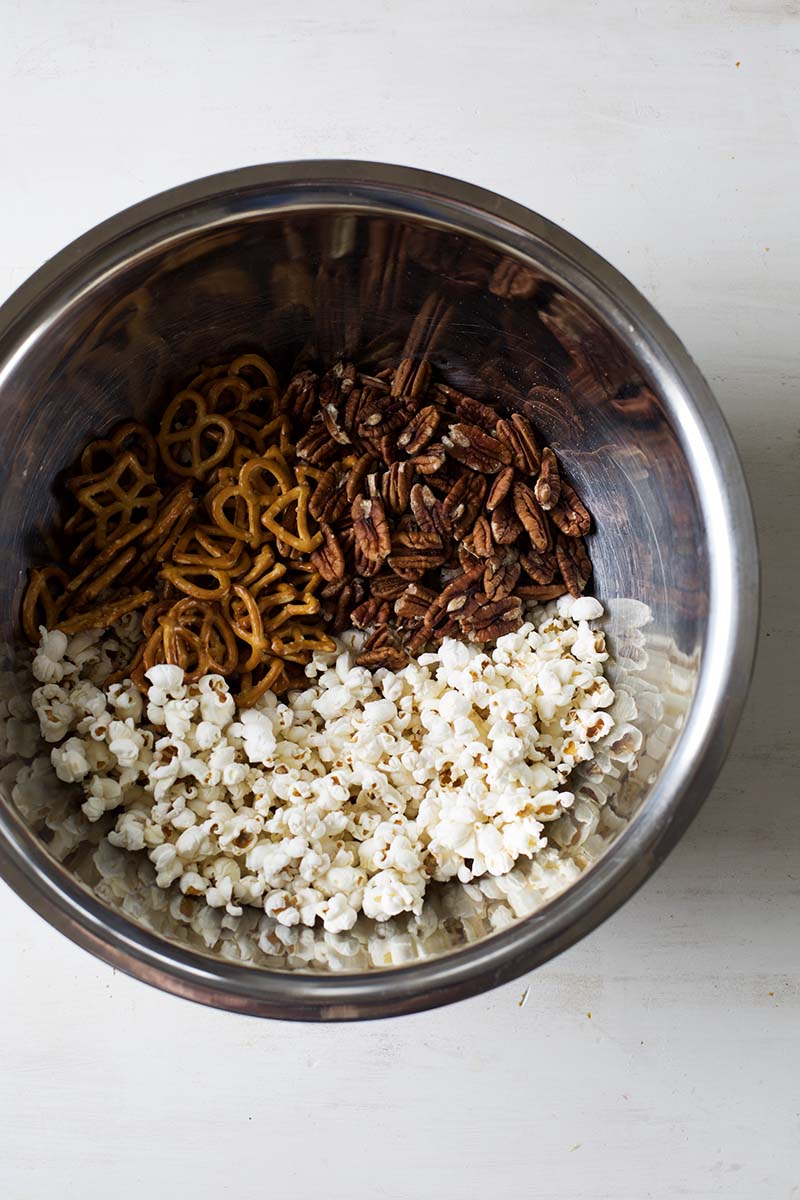 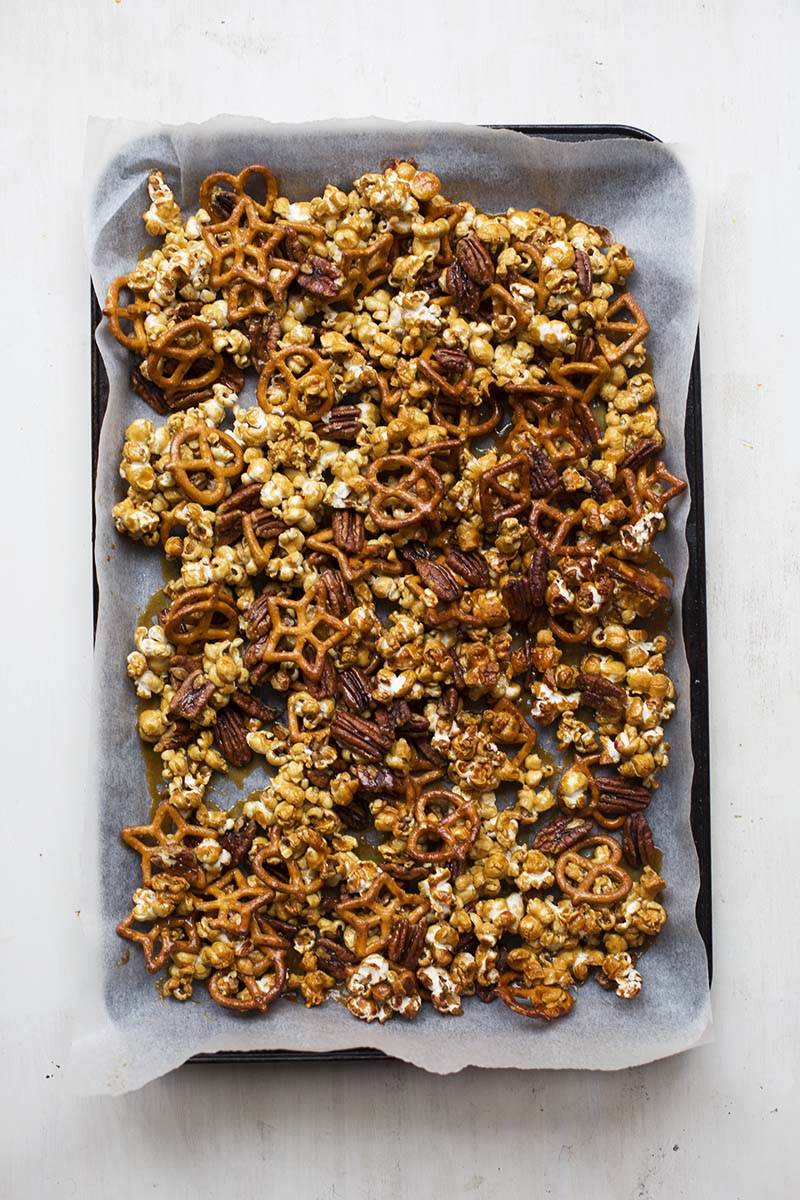 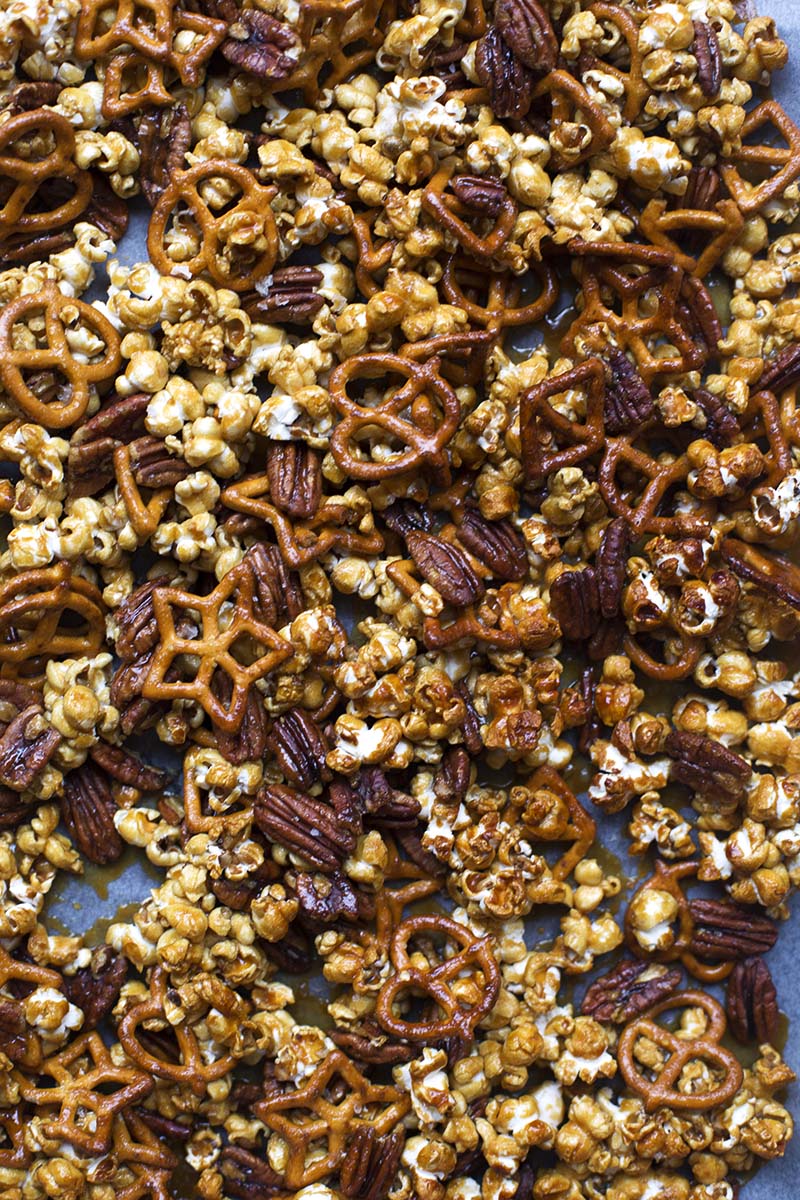