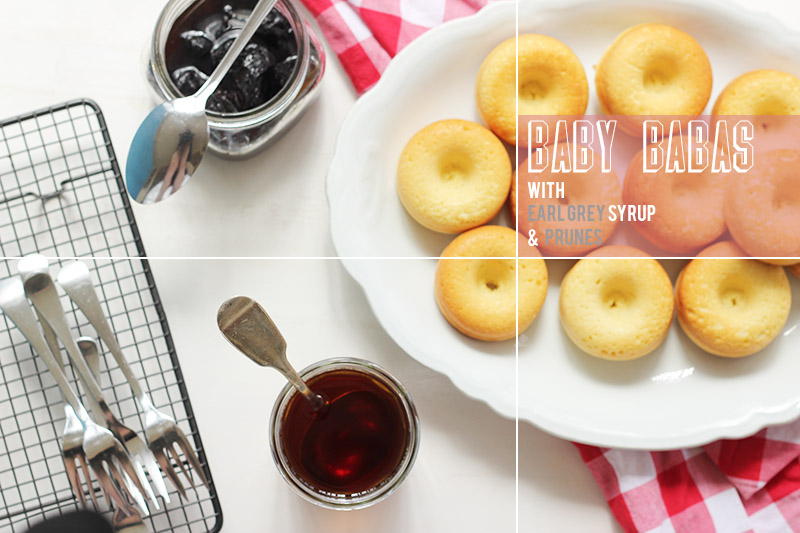 That line has been in my head on and off for about a month. The song is CATCHY, you guys. If you love late 70s cheesy rock,  you’d probably like that song. And we’d probably get on like a house on fire. We could ride like the wind together, probably. 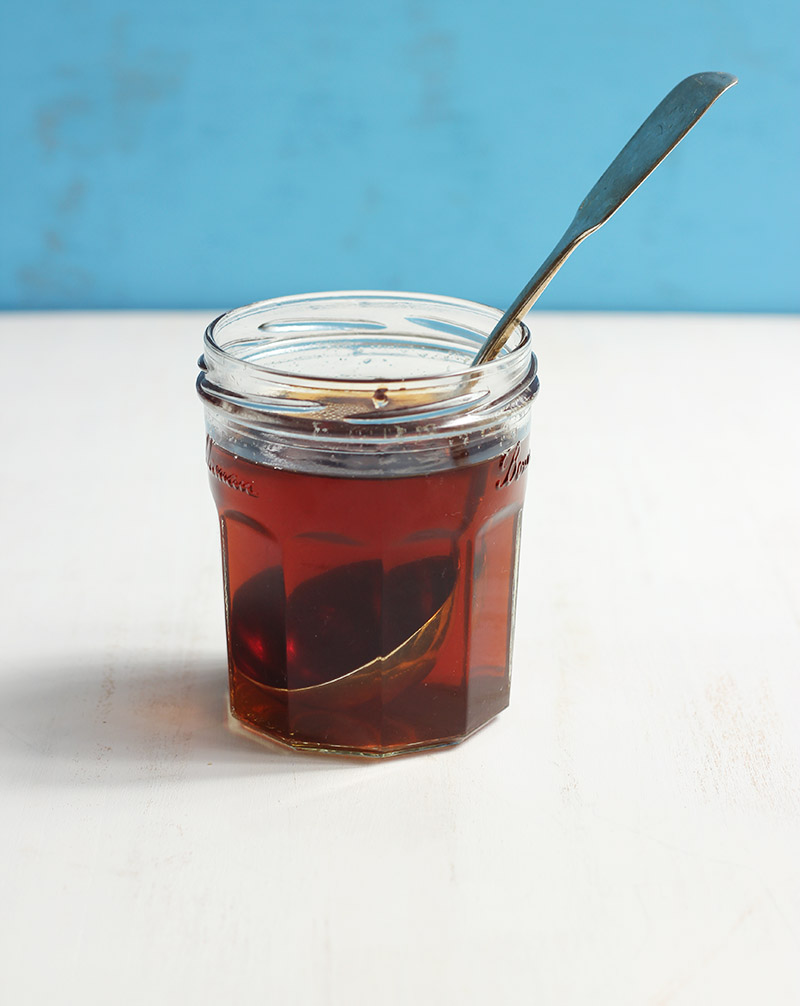 I’m not even going to try and do that though. It’s just a beautiful non sequitur!

You’ve heard of Babas, right? Or probably Rum Babas, or Babas au Rhum? They were the staple French Bistro dessert of old-school Paris. They’re usually constructed of a tender little pop-over shaped brioche, which has been doused in a rum syrup. They do often come in this savarin shape though, and who am I to ignore the chance to use that donut pan which I thought was a single-purpose item?

The brioche recipe for these is so simple, and they turned out perfectly. The dough comes together in a stand mixer in no time flat, and then you pipe/spoon it straight into the moulds, leave it to rise for 45 minutes and bake. And then you have warm little donuts of brioche. I dare you not to eat one straight out of the oven. 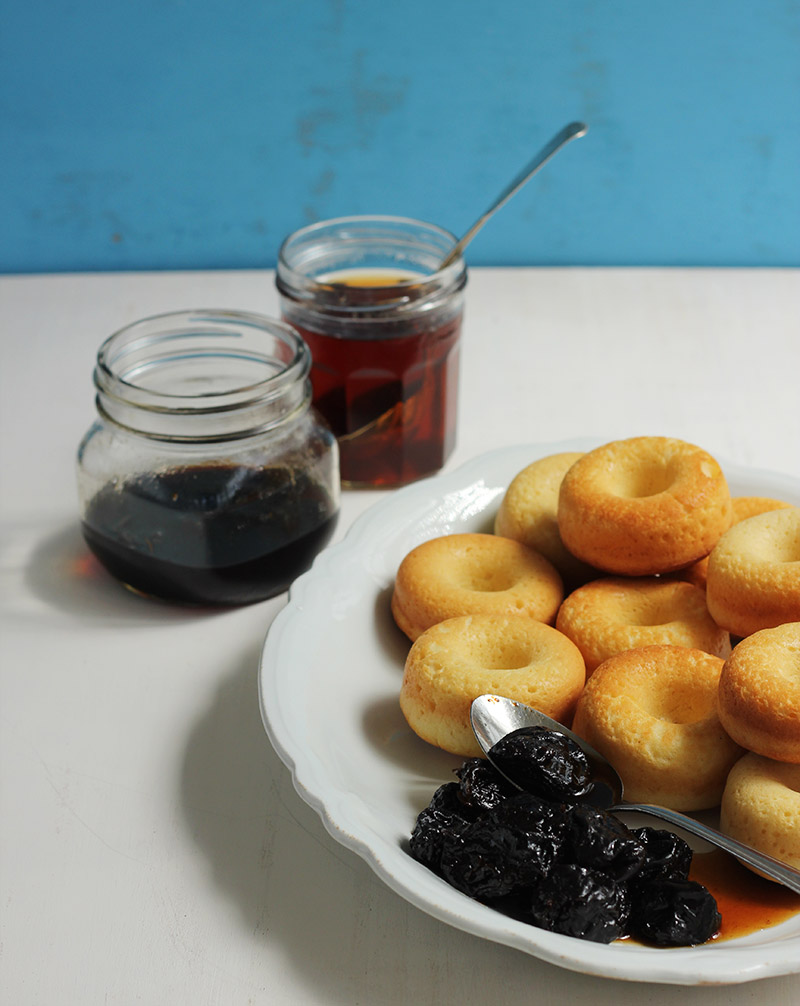 It’s worth saving some from your warm-brioche eating rampage, if you can, because the journey is not over for these little rounds. They are going to get a soaking in an earl grey syrup. Rum syrup is delicious, but not everyone can handle such a boozy end to a meal. Why tea? Well, mainly I just really like it.

Earl Grey is a mixture of black tea and bergamot, which is a type of citrus. It tastes like a very subtle orange blossom water, but less like a perfume and more like an orange. Then there is of course the famous ‘Proustian moment’ involving tea. You know the one, he eats the madeleine, drinks the tea, is transported to another time and place, yadda yadda yadda? I think it’s the most over-referenced line in food writing. I’m sorry to bring it up again. 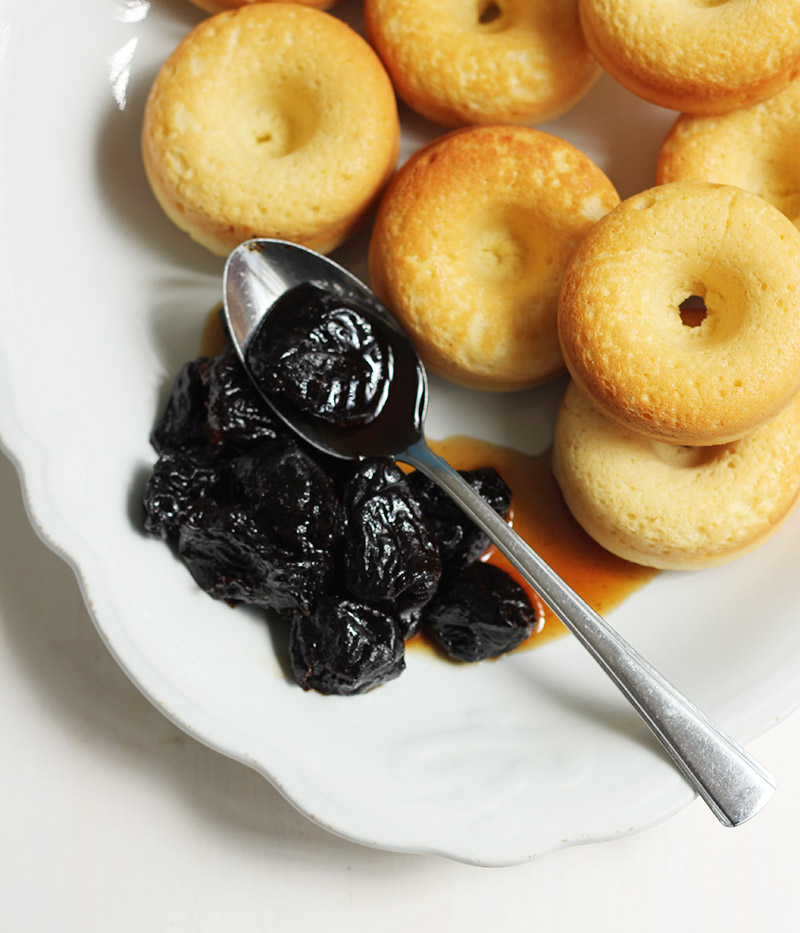 And then there’s the prunes, which I have completely left out until now. A totally delicious, heavenly accompaniment, also soaked in the earl grey syrup. Did you know that in France you can buy prunes that are soaked in Armagnac and filled with yet more prune puree? Now, THAT is decadent. Prune haters to the left. I love ’em. 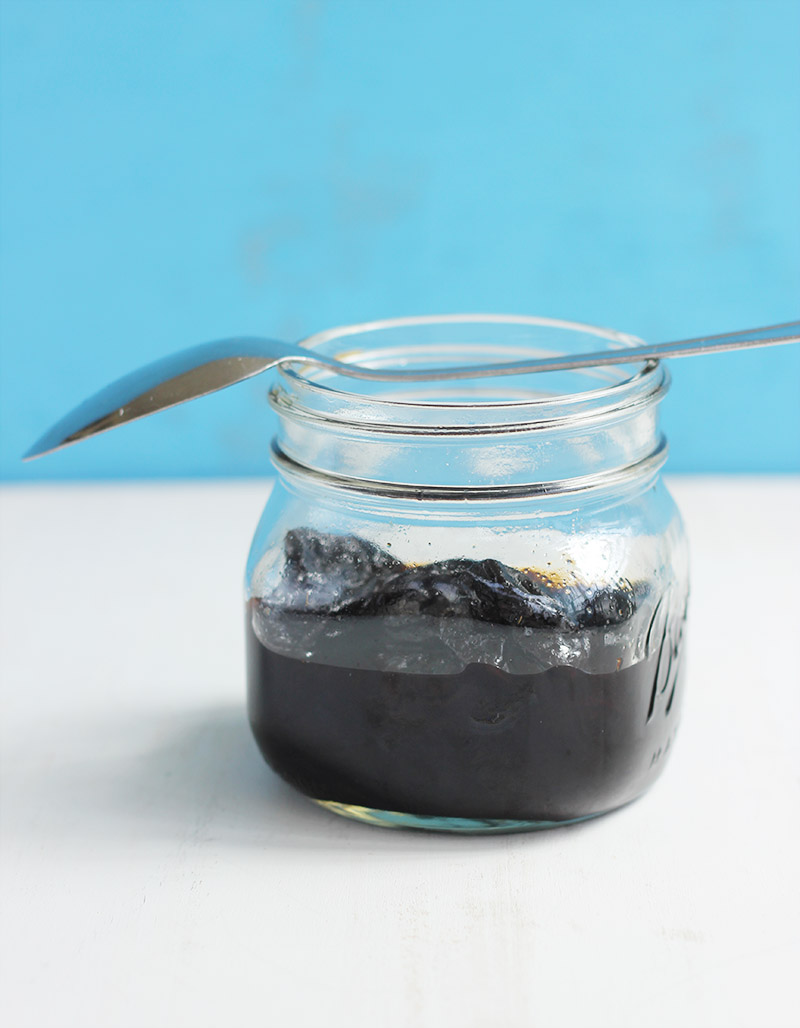 These would make the most delicious end to a casual meal with friends, they’re easy to prepare ahead and need no further adornment than a bowl of whipped cream. Having said that, since they are brioche and tea, I have to admit I have found myself sneaking them as a mid morning snack, and even breakfast. I can’t help it.

Ever had a baba before? And what do you think of tea in desserts? I’ve found that people seem to either love it or hate it. Controversial! 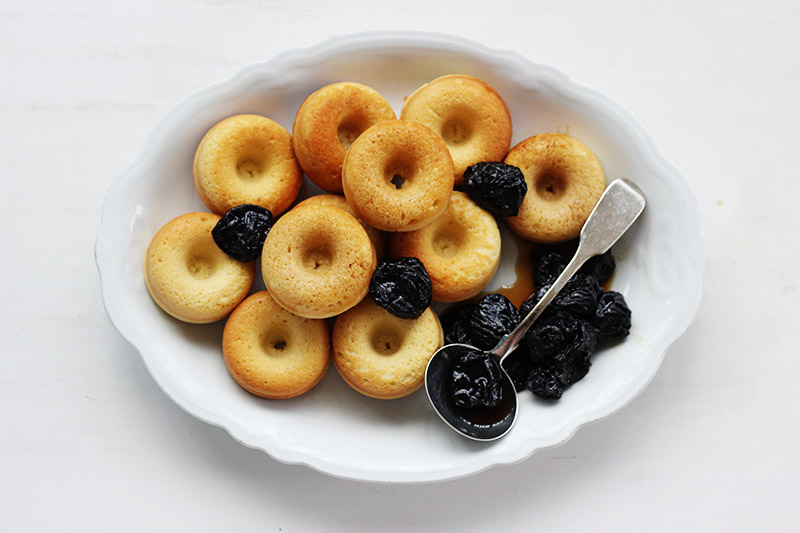 Grease a small 12-hole donut pan (mine are about 1/3 cup capacity rings). To make the baba dough, heat the milk gently over a low heat until just warm. Add the yeast and sugar and stir until dissolved. Place the flour and eggs in the bowl of a mixer with the paddle attached and begin mixing on a low speed. Slowly pour in the yeast mixture and continue to mix until smooth. Continue to mix on a low speed as you slowly pour in the butter, and then turn up to medium and mix until everything is well incorporated and smooth. Using a piping bag and a pair of scissors, pie the batter into the donut pan, snipping the dough off before moving onto the next ring (or go slowly and use a teaspoon). Leave the piped out dough to rise in a warm place for 45 minutes.

Preheat the oven to 180C/375F and bake the babas for 10 minutes, or until golden brown. Meanwhile, prepare the syrup by combining the sugar with 1 cup of water in a small saucepan. Bring the mixture to the boil and continue to cook until it becomes syrupy in consistency. Turn off the heat and add the tea, and then leave it to steep for 3 minutes. Strain out the tea. If you want to, you can pour some of this syrup over the prunes you’re serving this with. When the babas are done, take them out of the oven. Take a warm baba, and pour over 3 tbsp of the earl grey syrup. Place some prunes alongside, some whipped cream, and serve.